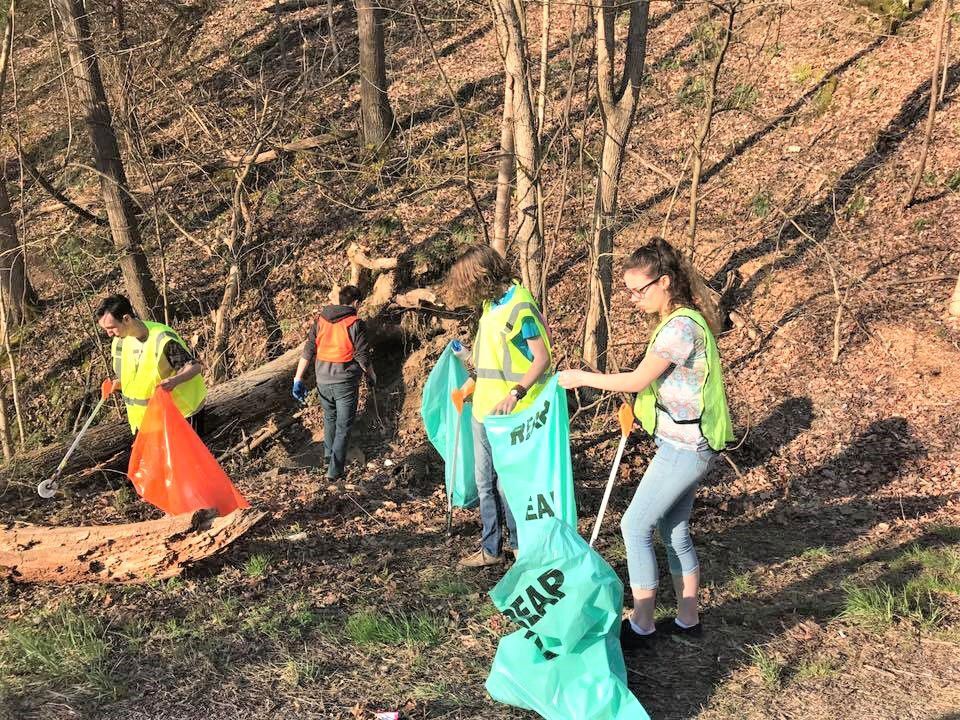 The adventure and tourism class at Boone Career and Technical Center, led by teacher Robert Miller, has rallied the entire school to participate in the state Adopt-A-Highway program for the last five years. 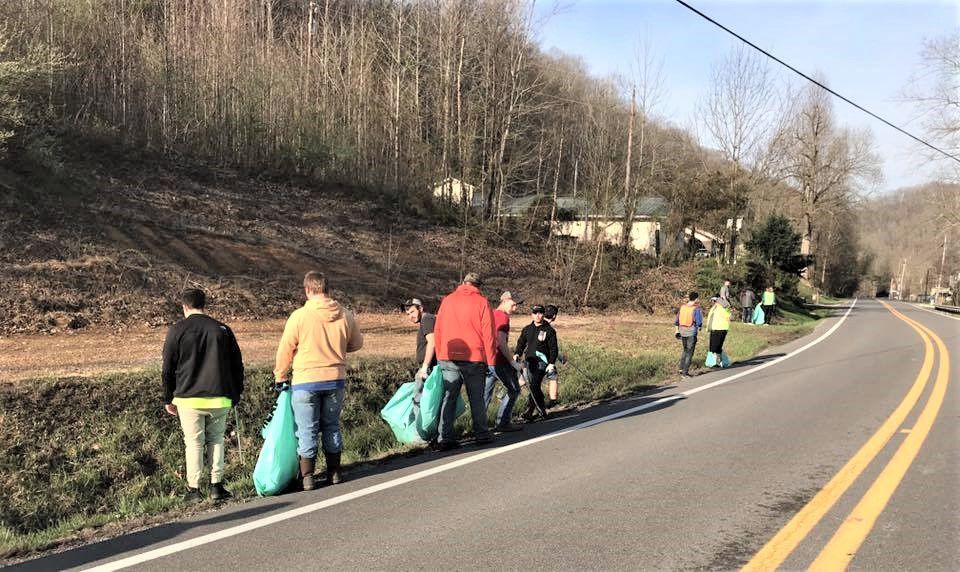 Submitted The adventure and tourism class at Boone Career and Technical Center, led by teacher Robert Miller, has rallied the entire school to participate in the state Adopt-A-Highway program for the last five years.

The adventure and tourism class at Boone Career and Technical Center, led by teacher Robert Miller, has rallied the entire school to participate in the state Adopt-A-Highway program for the last five years.

Submitted The adventure and tourism class at Boone Career and Technical Center, led by teacher Robert Miller, has rallied the entire school to participate in the state Adopt-A-Highway program for the last five years.

The head of the Boone Career and Technical Center’s Adopt-A-Highway groups, Miller is also on the boards of directors for both Boone County Parks and Recreation and the Forks of Coal State Natural Area Foundation. He is even a talented musician with the band “The Swivel Rockers.”

Despite his many talents and responsibilities, Miller’s true passion is for the environment and the students of his highway cleanup groups.

The instructor for the adventure and tourism class at BCTC, Miller has rallied the entire school to participate in the cleanup program for the last five years. BCTC has over 100 students from three different Boone County high schools.

“The Adopt-A-Highway program provides stewardship opportunities for the students to become involved in the ownership of the environment,” Miller said.

Adopt-A-Highway is a free, community-based litter cleanup program that encourages volunteers ages 12 and older to donate their time and energy by adopting a stretch of road in West Virginia and cleaning it up at least twice a year. Co-sponsored by the West Virginia Department of Environmental Protection’s Rehabilitation Environmental Action Plan and the state Division of Highways, the program removes 4 million pounds of trash from state highways each year. REAP, whose slogan is “Keeping West Virginia Clean and Green,” provides resources for multiple litter and pollution prevention programs, as well as recycling grants.

As part of the adventure and tourism class, students typically travel all over the state, with Miller pointing out clean stretches of highway, particularly the ones adopted by other groups.

“I want to put an end to a culture of apathy that we see in some of our communities,” he said. “And give back a sense of ownership and pride in the communities of our students.”

To that end, Miller and his students get the whole community involved with their cleanups. Kroger donates apples for snacks for the students, while a local hardware store donates water. Community members also show up to help, along with REAP and Adopt-A-Highway program staff.

“The students get to see what full community involvement looks like,” Miller said.

In addition to their highway duties, Miller’s students also raise trout in their classroom.

“In many parts of the state, the roads follow along streams and people don’t realize that the litter they are throwing onto the roadways often ends up in the streams and pollutes them, as well,” Miller said. “This is another way we teach students how harmful littering can be.”

According to Miller, his greatest obstacle is keeping students safe on the roadways they clean up. He formed more community partnerships to solve this problem.

“Division of Highways assists with signage, and the county sheriff’s department provides a patrol car to slow up the traffic,” he said. “We’ve also adopted roads for the students with a minimum amount of traffic.”

BCTC has three highway programs — one maintained by BCTC staff and two by the students. Traditionally, the students conduct two big cleanups each year (one in the spring and one in the fall), with the adventure and tourism class taking the lead. Unfortunately, this year’s spring cleanup was canceled due to the COVID-19 pandemic, disappointing both students and staff.

However, the cleanup program and DOH will be back to handing out supplies for any fall cleanups, but with some new rules in place. Volunteer groups must call their local DOH garage ahead of time and schedule a curbside pickup of their necessary supplies.

Approximately 500 students have participated in the cleanups since Miller started the program five years ago, and he believes every one of those students has learned that littering our highways is not only unsightly, but also detrimental to the environment.

“They have learned to have pride in their community and the environment,” Miller said.

For more information about the highway program or to get involved, visit the REAP website at dep.wv.gov/environmental-advocate/reap/Pages/default.aspx or call 1-800-322-3350.