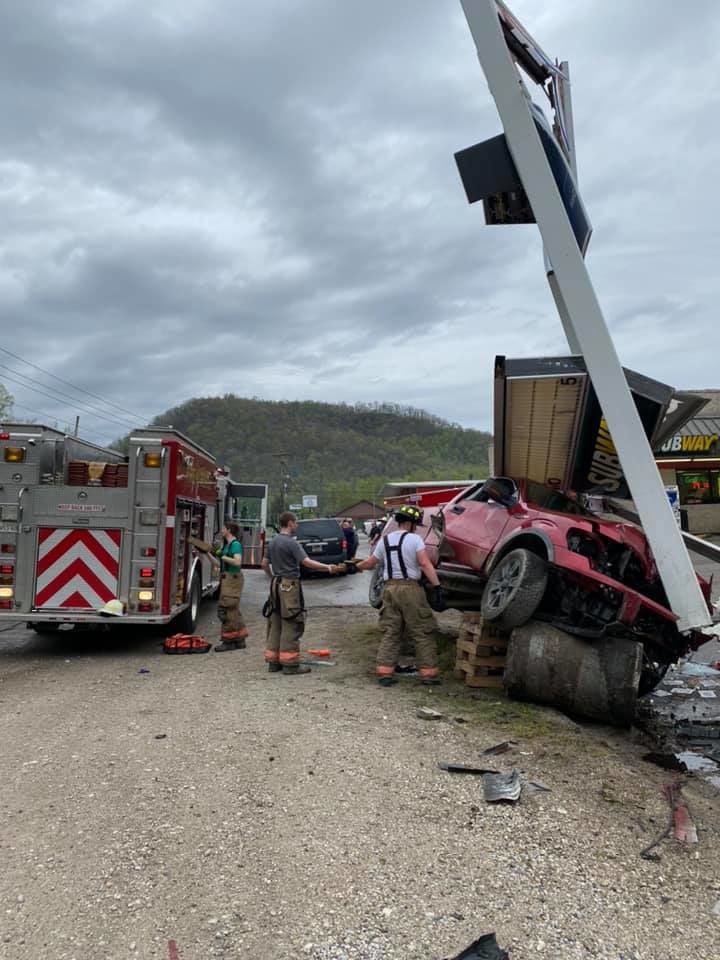 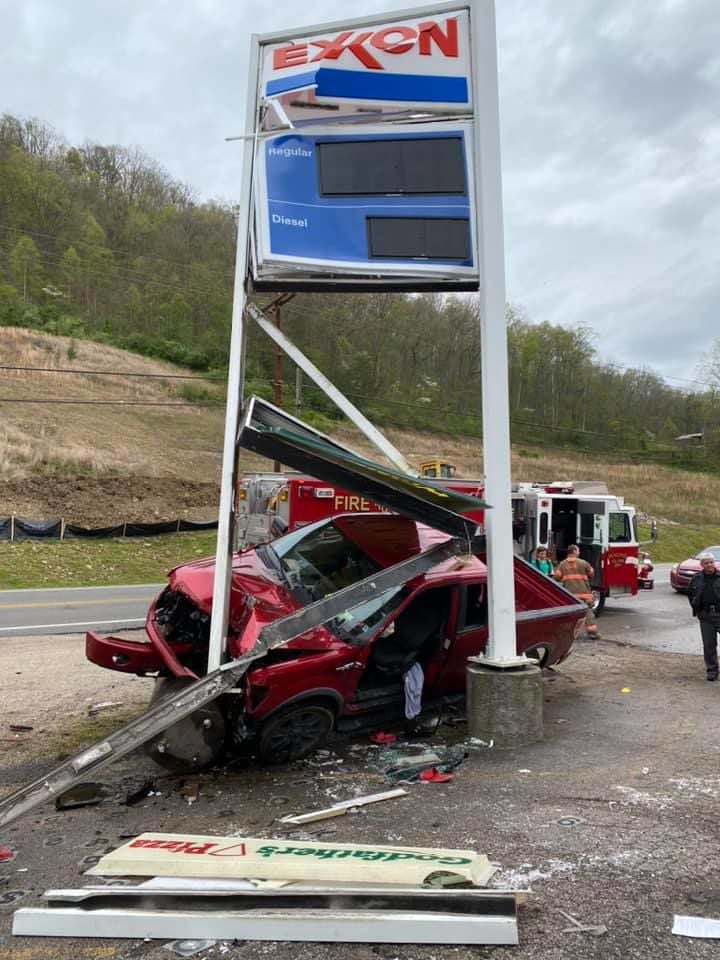 COMFORT – According to investigators, a man fell asleep at the wheel around 10 a.m. on Thursday morning and collided with a sign on Route 3 in Comfort in a single-occupant accident.

The sign, perched adjacent to the Little General Convenience store was damaged by the vehicle which saw a man receive injuries in the crash that were not considered life-threatening, according to first responders.

Racine Volunteer Fire Department Assistant Chief Brandon Miller was among the first at the scene, where in conjunction with the Whitesville Volunteer Fire Department, the driver was extricated from the vehicle with the aid of hydraulic cutters and spreaders. The man was removed from the vehicle and transported for medical treatment within 20 minutes of crews arriving at the scene.

“I was first on the scene with Whitesville Assistant Chief Andrew White,” said Miller. “We immediately confirmed entrapment and with the quick response of Boone County Ambulance and Whitesville Ambulance we were able to stabilize quickly.”

Miller said that removing the man from the crumpled steel was a process that required quick decision making by the departments.

“We were going to take to roof off of it initially but with the way the sign was in there we decided to make entry through the driver’s door,” he added. “We executed a secondary entry through the passenger door just in case that failed.”

Miller added that stabilization jacks were used to hold the vehicle in place while the man was extricated.

Whitesville Fire Chief Matt Lively said that his department and the one at Racine often respond to calls together, they train together and a mutual respect between the departments make for successful outcomes.

“It was a challenging extrication in that the vehicle was involved in an accident that involved a large sign which created that stabilization issue,” he added. “Luckily, through the long-standing dual-response agreement we have with Racine, we run a lot of calls together and we get help on the way quickly and this goes for Boone EMS and Whitesville EMS. That has been established for a long time and that creates good outcomes. You could say we all work together like one department and we’re proud of that.”

First responders said that the road was wet after a rainfall. Boone County Sheriff’s Office Captain David Sutphin, who investigated the accident, confirmed that the driver, whose name was not released, had fallen asleep.