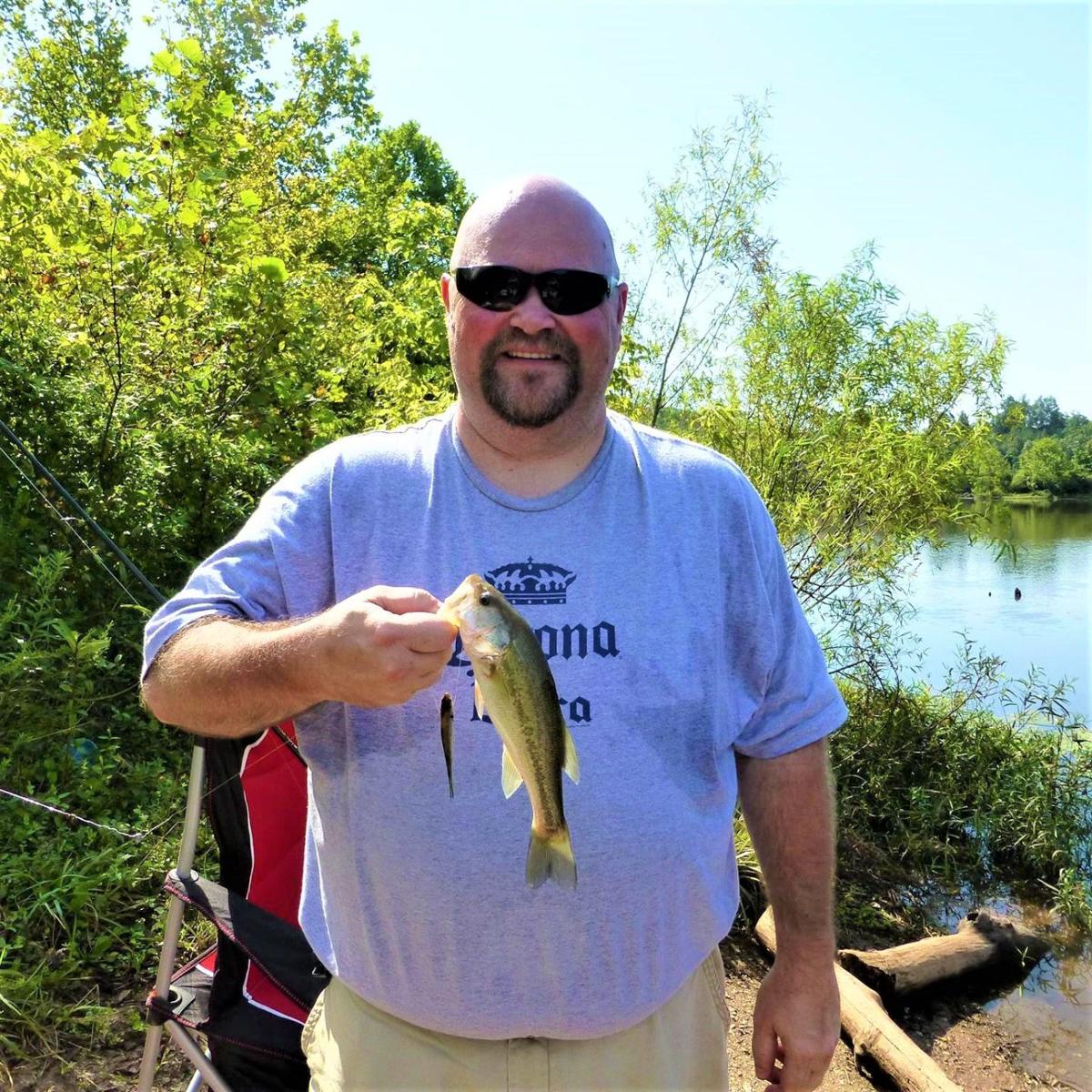 A healthy Dave Sanders poses for a photo while fishing, one of his favorite pastimes. 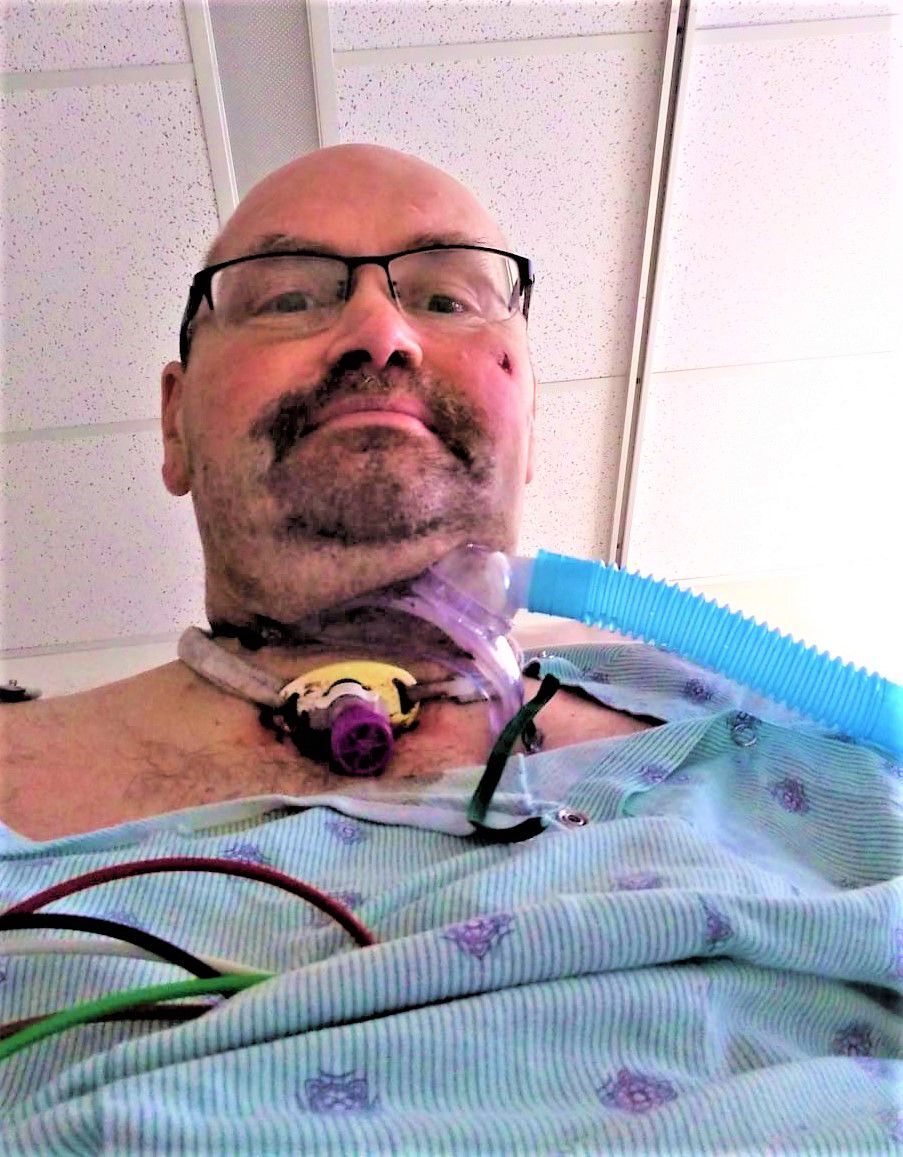 Sanders from his hospital bed in Kanawha County in July, documenting his progress in his fight against COVID-19 via social media.

A healthy Dave Sanders poses for a photo while fishing, one of his favorite pastimes.

Sanders from his hospital bed in Kanawha County in July, documenting his progress in his fight against COVID-19 via social media.

CHARLESTON — Dave Sanders said he hopes his journey through life, death and life once again may make people think twice before dismissing COVID-19 as a hoax.

“If I can change or influence one person’s viewpoint, it is worth it,” he said via Facebook Messenger from a Kanawha County hospital.

You see, the 1988 Scott High School graduate is just beginning to try to speak again. The virus spread throughout his lungs, causing him breathing difficulties, which eventually forced physicians to put him on a ventilator for 32 days.

As a result of that experience, he’s burdened with the task of finding his voice again.

“From not using my muscles during the time on the vent I became very weak,” Sanders said. “In the beginning, I could not move without assistance and communication was a challenge. I couldn’t communicate with the hospital staff or my family. I was passing notes with others to communicate my needs, which was frustrating.”

He was sitting in silence after separation from the ventilator and was concerned for his future. Sanders, 50, has a 5-year-old son named Jonah. He wanted to see him again. While under hospital care he died and was revived. Once, his heart rate dropped below 30 and he was conscious the entire time — an experience he called “frightening.”

“I didn’t know if I would always have it (tracheostomy), or if I would ever be able to speak again,” he said. “I wasn’t sure if I would be able to walk and care for myself again.”

Sanders does have an underlying health condition. He was diagnosed in 2005 with type 2 diabetes, which he controls with medication. He was told that diabetes weakened his immune system, making him more susceptible to the virus.

“When I was first diagnosed, I really only had mild symptoms,” he said. “I had flu-like symptoms including fever, chills, and body aches. After four or five days, I started experiencing trouble breathing. That is when I knew I was in trouble. I had never spent overnight in a hospital until now.”

Sanders said he is thankful for a second chance and won’t take anything for granted in his life.

“My recovery has been nothing short of amazing,” he added. “After 50 days of being hospitalized, I am able to speak now and starting to work on being mobile again. The trach will be removed within the next week. After no food or liquids for 50 days I am now eating meals. The feeding tube has been removed.”

Sanders has worked in the behavioral health field for nearly three decades. He is open about his journey through addiction and feels that he can continue to help others find a path to recovery.

“As I was laying on the hospital bed with my heart rate dropping below 30, I was conscious and I asked God, if I’m supposed to be here, bring me back and I would share my story of recovery,” he said.

“In my work, I focus on helping those in recovery from substance use disorders and mental health issues. Part of that work has included sharing my own story of recovery after seven years of active addiction and several years of struggling with depression and anxiety. I believe the only way to break the stigma on issues is to be open and share your experiences. I believe that is important with COVID-19 as well.”

Sanders, who is divorced, kept his thoughts focused on his son, Jonah.

“I’m sure this has impacted him, especially since we couldn’t talk for over 50 days,” Sanders said.

“I now speak to him daily, although he’s too young to visit. I have many friends and family members who have prayed for me and visited during my hospital stay.”

Sanders said it is hurtful to see memes and politically driven posts about COVID-19 on social media.

“For those that are on social media posting memes and making political statements regarding COVID-19, I would ask that you consider the prospect of your friend or family member had a disease,” he said.

“Would you be posting the same information? If your family member were on a ventilator having a machine do their breathing for them, would you call the disease a hoax? Would you use the disease as a political platform to pass along misinformation?”

He concluded, “I doubt anyone reading this now would choose to use the disease as an opportunity to spread propaganda if they were impacted by it.”