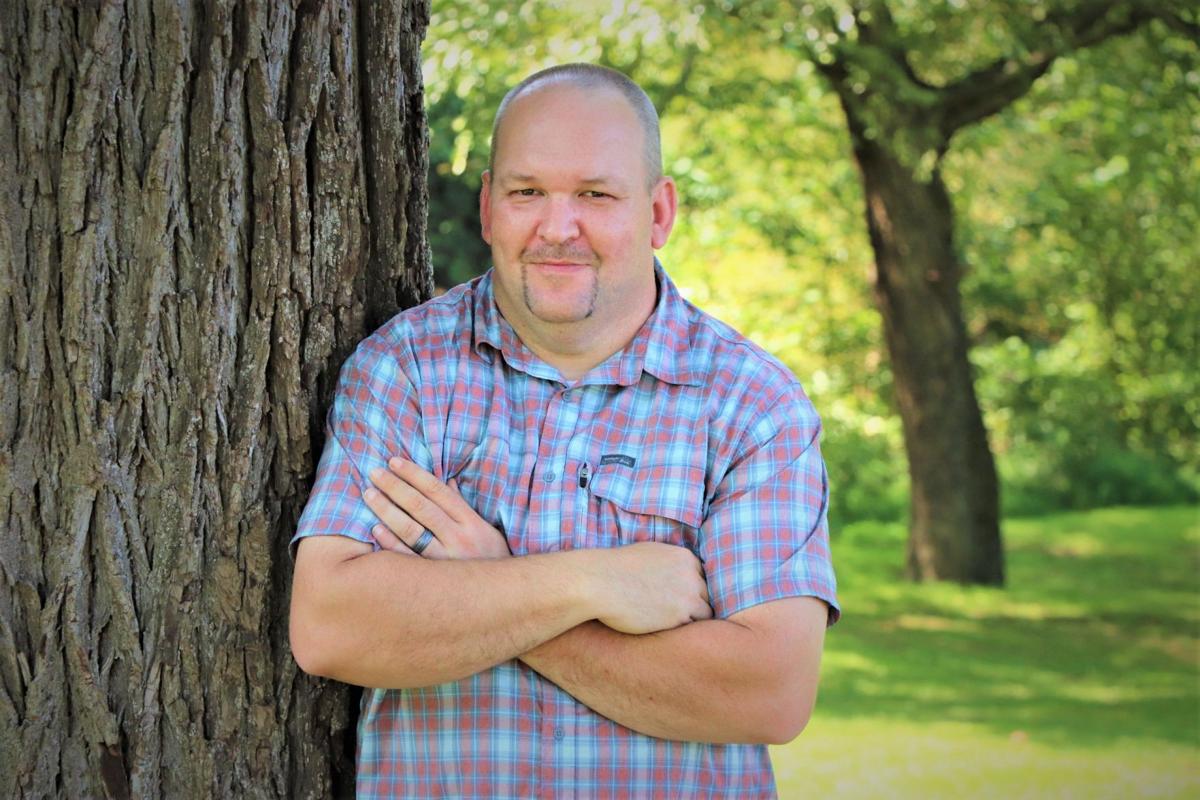 Boone County Commission Candidate Josh Barker (R) will face Jacob Messer (D) in the general election on Nov. 3 for a seat that has been held by Eddie Hendricks for 12 years. 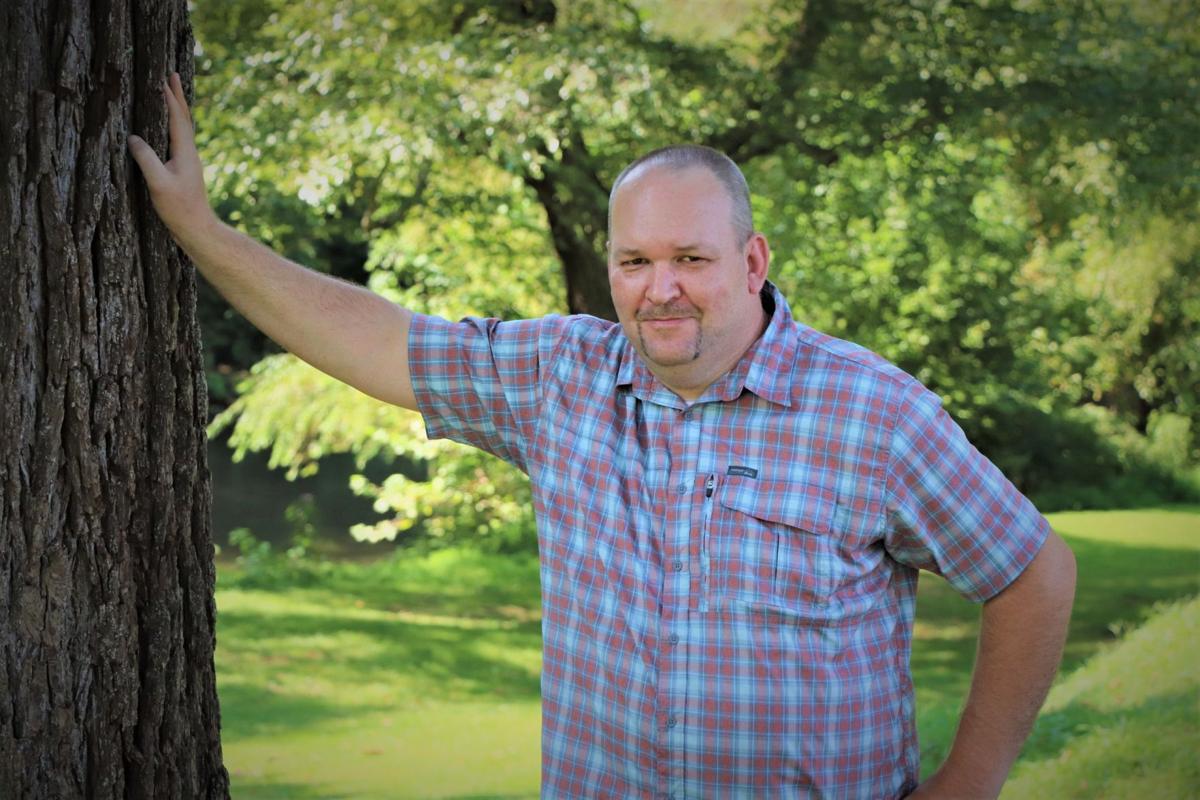 Boone County Commission Candidate Josh Barker (R) will face Jacob Messer (D) in the general election on Nov. 3, 2020 for a seat that has been held by Eddie Hendricks for 12 years.

Boone County Commission Candidate Josh Barker (R) will face Jacob Messer (D) in the general election on Nov. 3 for a seat that has been held by Eddie Hendricks for 12 years.

Boone County Commission Candidate Josh Barker (R) will face Jacob Messer (D) in the general election on Nov. 3, 2020 for a seat that has been held by Eddie Hendricks for 12 years.

MADISON — Boone County Commission Republican candidate Josh Barker will face Democrat Jacob Messer in the general election on Nov. 3 to see which man will assume the seat of Democrat Eddie Hendricks, who served the county for 12 years but lost to Messer in the primary.

Barker, 40, attended Chapmanville High School, Marshall University and earned an associates degree from Southern West Virginia Community and Technical College. His wife, Jill Barker, graduated from Marshall University and earned a masters degree. She is the Special Education director for Logan County Schools and previously served as a teacher and principal. She has worked in the school system for over two decades.

“The three of them are the light of my life,” Barker said.

Barker’s upbringing was one shared with siblings including three foster sisters and two biological sisters coupled with an exposure to politics at an early age. His father Raamie Barker had a long and storied professional career before his passing in February 2020.

According to her son, Lillian “Bunny” Barker is a rock for the family.

Raamie Barker’s journalism credits included stops as reporter and editor of The Logan Banner and Williamson Daily News, editor and publisher of the Coal Valley News, copy editor of the Beckley Register-Herald, editor for Bob Jones University Magazine, a reporter for WCHS-TV and publisher of the Enquirer-Journal in Monroe, North Carolina.

As an educator, he taught at Chapmanville, Sharples, Logan, and Chapmanville Regional high schools, and was an adjunct professor at the University of Charleston and Southern West Virginia Community and Technical College.

Raamie Barker served in the administrations of two former governors — Arch A. Moore Jr. and Earl Ray Tomblin. Under Moore, Barker was labor commissioner, an aide to the governor and a speechwriter. He first served as Tomblin’s chief of staff and later became his chief of staff when he became governor. As he was under Moore, Raamie Barker was also a speechwriter for Tomblin.

At the time of his passing, he was the Mayor of Chapmanville.

“My dad accomplished so much in his life and it casts a large shadow,” said his son. “I think of him every day.”

“I get my work ethic from those men,” he said. “I was raised in church and I was whipped when I needed whipped. I’m 40 years old and I still fear that when I do something wrong, dad is going to pop around the corner and bust my tail. I feel like I was raised right.”

Both his grandfather and Uncle George Barker, whom he calls a second father, were coaches at Scott High School.

“Those three men — my dad, my grandfather and my uncle — they taught me leadership,” he said. “I don’t feel like we have clear leadership in county government today.”

Barker said he wants to change the narrative and perception in reference to county government.

“I think people have enjoyed where we’ve been and they get complacent where we’re at and they have no idea where they want to go,” he said. “I think that for the most part, we have good people up there in that courthouse, but I think I can do a better job.”

Barker, who previously served a term as a West Virginia Delegate (2012-14), was a registered Democrat and then was a registered Independent until the spring of 2019, when he switched parties. He said he felt abandoned by the Democratic party locally.

“I won by 33 votes on election night, and there were 76 provisional ballots and Boone had none, Logan had three and I picked those up and I picked up the five from Putnam County. The county commissioner in Lincoln County looks at my lawyer and says, ‘this election is tied, you can go home.’”

Barker added, “So we go for the recount and you have to put bond money up, which is a lot of money. The Chairman of the Democrat party paid for my opponent’s fees, made a donation to pay for his lawyer and I was sitting Democrat delegate. With the way things were going in Charleston with the Democrats about to lose the statehouse, I realized they didn’t want me. It’s like Little League baseball, if you are sitting on the bench for one team and the other team really wants you, what would you do?”

Barker, who describes himself as a “common-sense moderate,” said one thing represents a stark contrast between him and his opponent Jacob Messer.

“You can pull voting records from the statehouse,” he said. “My opponent doesn’t have a voting record and I do. I don’t know if that is good or bad, but it is what it is.”

Barker worked as the Town Manager for Danville under Mayor Mark McClure, and West Virginia State Auditor JB McCuskey (R) offered him a job he couldn’t refuse as a deputy legislative liaison, where he is currently employed.

“I told him that I was going to switch to Republican and he told me he didn’t want me to,” Barker said. “I told him that if he got into a primary and he was one vote away that I could be the deciding vote to win the election for him. I told him he’d been so good to me that I owed it to him.”

Barker said that while he is considered a state employee, he has a plan if elected.

“I’ll have my time in as a state employee retirement-wise and I’m going to go into business for myself as a contractor,” he said. “I want to say that I didn’t leave the Democrat Party, the Democrat Party left me. I was betrayed.”

Barker said, “I want to take this seat back for the citizens of this county because there are a lot of people with great ideas that can’t be heard at the moment.”

The candidate said that, through his work with the auditor’s office, he feels he has a unique view of county finances.

“What I’ve dealt with in all 55 counties from school boards to municipalities to counties — and we only have two counties that don’t employ a CPA and Boone County is one of them,” he said. “When we have a budget at the statehouse, our CPAs can project down to $1,000 where we are going to be in five years. We have had nobody in this county do any projections. If I have to pay for it out of my own pocket, we will have a CPA working for the county commission. It is that important to let the people know where we are and what we can and can’t spend in reference to those projections. It is that important to me that I’ll pay for it.”

Barker said his concern that his opponent’s job as principal at Scott High would put too many representatives from the school system on the commission isn’t a negative shot at educators.

“My dad taught and I lay down at night with a teacher — to say that about me isn’t accurate or fair,” he said. “Everybody in my family is a teacher. I went to school to be a teacher, I coached high school football for nine years. Nobody has been more of an influence on my life than educators. We need a teacher on the commission, but we also need someone who is business-minded and knows the government, and I bring that background and I don’t think my opponent does.”

Barker said every corner of the county should have sewer access, and the lack of vision in that regard has prevented the growth of U.S. 119 through Boone County.

“We have an underdeveloped four-lane running right through the middle of us and we can’t get the county commission to put a $100,000 sewer line in so we can have a hotel out there,” he said. “They (potential hotel developers) aren’t going to do it and pay for it, because then they’d be responsible for the upkeep on it until the end of time. We have major opportunities that are just passing us by and in years past, we’ve failed to improve our infrastructure.”

“People talk about factories,” he said. “With the trade deals and fight with China, we are going to have shortages on rare earth minerals. Our commission should be raising cane every day with (U.S. Senator) Joe Manchin to get this moving. We need a separation plan for rare earth minerals.”

The candidate said he wants to evaluate taxation in the county — in which the rate is set by the county commission. He also wants to put a process in motion to ensure tax payers that no elected officials are receiving tax breaks on their own properties.

“I want to reevaluate our property taxes — and people say it will break the county, but this is people’s money — and do what we can to give back to the people so we can start making money for the county,” he said. “We have to bring in a tax base and we have to help our property owners. We don’t have to go to the state to do that.”

He added, “Part of the reason I’m promoting this tax evaluation is to make sure we’re all paying our fair share.”

Barker spoke again about his opponent.

Barker applauds Commissioner Bratcher for his efforts in cleaning up the county.

Barker stepped into a dicey situation as a board member with the Boone County Ambulance Authority in 2015 when it was discovered that the board approved an illegal $103,000 personal loan to the then-director.

“I was part of the solution, along with many others with that mess. I wanted to take on the role of president because I knew I could watch the finances, monitor how money was spent and have a hand in hiring someone responsible as the director. We took out a $90,000 loan to make payroll and I told them when we had $250,000 in the bank, I would be gone. Everyone laughed and said we’d never get there, and 11 months later I was able to step away, we’d made it. I’m proud of where they are today.”

Barker said he isn’t actively promoting organizations that endorse his campaign, despite having two major ones in his corner of the ring.

“I just want the endorsement of the people,” he said. “I’m going to bust my tail for them. I’m ready to get to work now.”