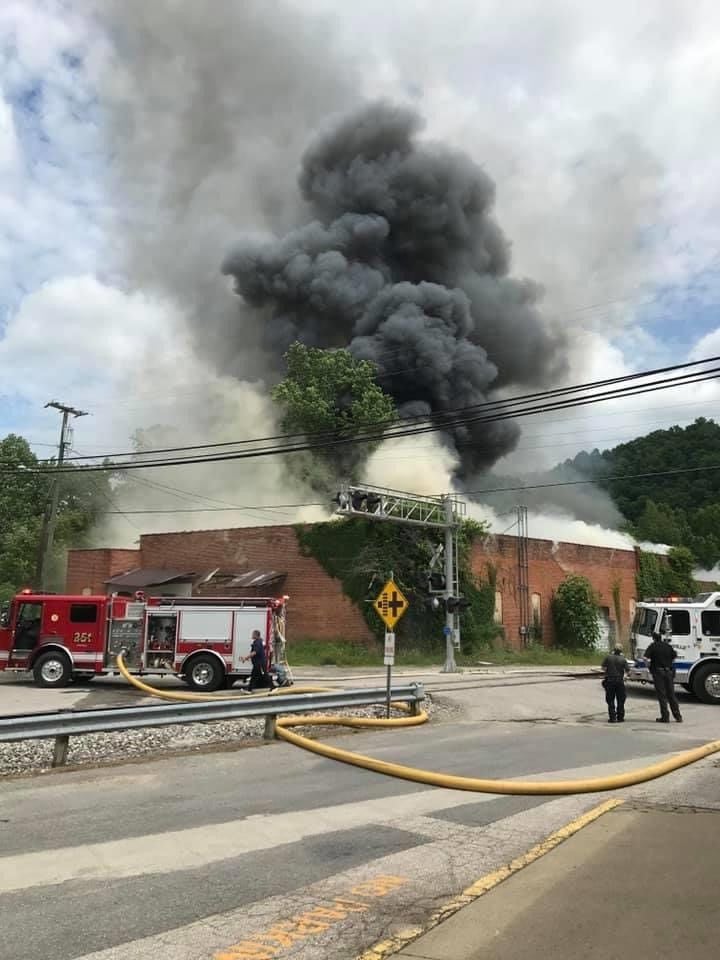 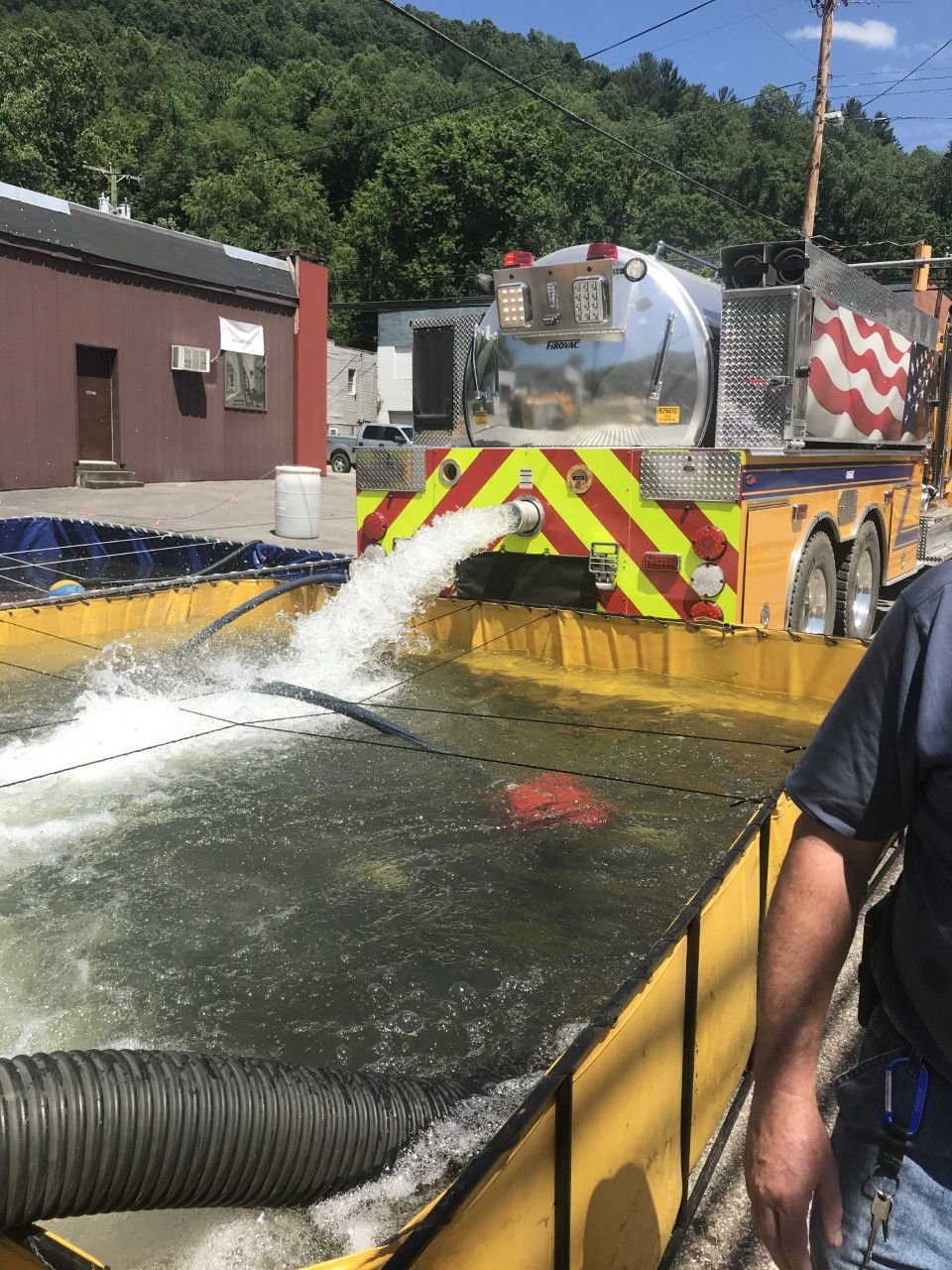 Submitted/Multiple fire departments in Boone County responded to a fire on C Street in Madison on June 10 that saw the old "ice plant" building destroyed. 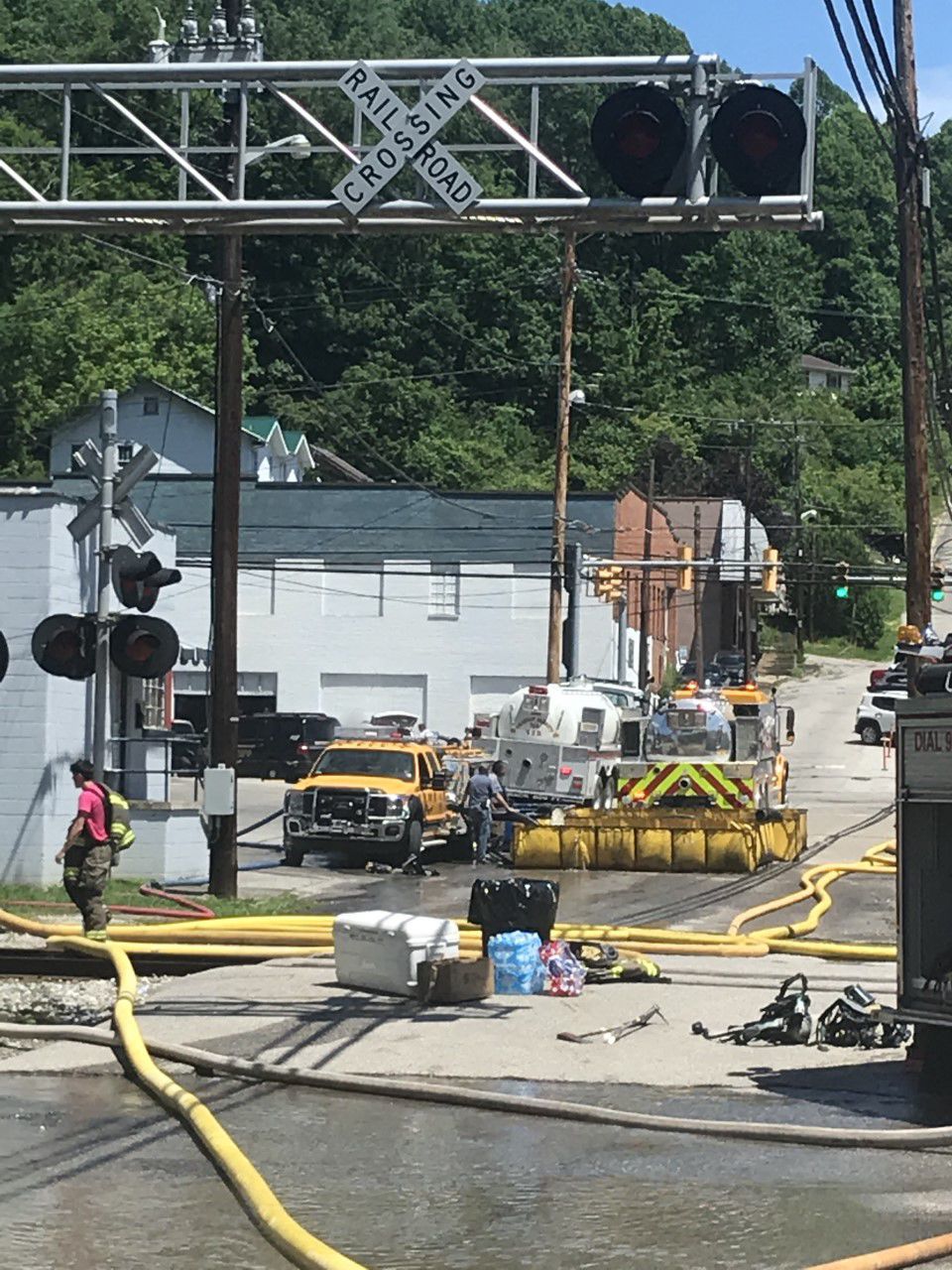 Submitted/The WVDEP has opened an investigation along with the West Virginia Fire Marshal's office in regards to a fire on C Street in Madison last week that destroyed a structure owned by the Boone County Community and Economic Development Corporation.

Submitted/Multiple fire departments in Boone County responded to a fire on C Street in Madison on June 10 that saw the old "ice plant" building destroyed.

Submitted/The WVDEP has opened an investigation along with the West Virginia Fire Marshal's office in regards to a fire on C Street in Madison last week that destroyed a structure owned by the Boone County Community and Economic Development Corporation.

MADISON — Environmental concerns arose after a fire destroyed a building in downtown Madison on June 10.

The building, often referred to as the “old ice plant” on Avenue C, is owned by the Boone County Community and Economic Development Corporation and was previously owned by Lyon Oil Company.

The blaze is under investigation by the West Virginia Fire Marshal’s office.

Locally, a combined effort from nearly every fire department in Boone County stamped out the fire twice before it was fully controlled.

Madison Fire Chief John Adams spoke about the process and what turned out to be a 10-hour day for some who fought the fire.

Water access was coming from multiple sources, including the Little Coal River.

“We used water from the river, we had tankers shuttled and a hydrant flowing,” he added. “We struggled with water at one point and pretty quickly we had more water than we needed.”

Adams said run-off was a concern, so Boone County maintenance workers dug trenches behind the structure to reroute as much contaminated water as possible away from the river.

“That old of a building and the way the interior was designed and remodeled was a factor,” he added. “We didn’t want to put people inside unless we could achieve a quick knock-down (of the fire), and there was no way to do that. So, we chose an offensive attack where we simply surround it and drowned it.”

The call came at 11:30 a.m. and the scene was initially cleared at 5 p.m., but the blaze rekindled, bringing firefighters back out to the site to knock it down again.

According to investigators, security video footage will be part of the investigation.

Adams said his experience told him the fire started in the northwest corner of the structure, which has been empty of occupants since the BCCEDC purchased the building for $30,000 in March 2019.

At the time of the purchase, Director Kris Mitchell expressed to the Coal Valley News that her vision for the property would be a riverside restaurant inside the current structure.

The structure served as an ice plant as far back as the 1920s. It received large blocks of ice from a train and distributed them to ice boxes throughout the community before refrigerators were standard household equipment.

In later years, it served as home to businesses like Raleigh-Boone Service Petroleum Company and then Lyon Oil Company.

Because of the oil and antifreeze stored in the tanks on-site and the results of a previously executed environmental study, the West Virginia Environmental Protection Agency was brought in to investigate after the fire was controlled.

Acting Communications Director Terry Fletcher gave the CVN a statement regarding the situation.

“(The) WVDEP staff notified the state Division of Health and Human Resources (DHHR) Preparedness Coordinator regarding potential release from the incident site into the Little Coal River,” he said via email. “(The) Staff from the WVDEP’s Division of Water and Waste Management (DWWM) conducted an initial assessment of impact to the Little Coal River, while the WVDEP’s Homeland Security/Emergency Response Unit (HSER) assisted DWWM with mitigation of any off-site migration.”

Fletcher continued, “Further mitigation of the site was assigned to an on-scene EPA coordinator, who will conduct further assessments and is scheduled to be on-site Thursday evening.”

One county official under the condition of anonymity said that it was his understanding that the BCCEDC would face costs incurred by the WVDEP related to the clean-up and environmental handling of the site that could reach “hundreds of thousands of dollars.”

The WVDEP did not immediately respond to a request for information regarding the financial responsibility of the BCCEDC in relation to cleanup of the site.

Complicating the situation, investigators confirmed the structure was not covered with active fire insurance.

BCCEDC President Eddie Hendricks did not immediately return a call for comment on the situation.