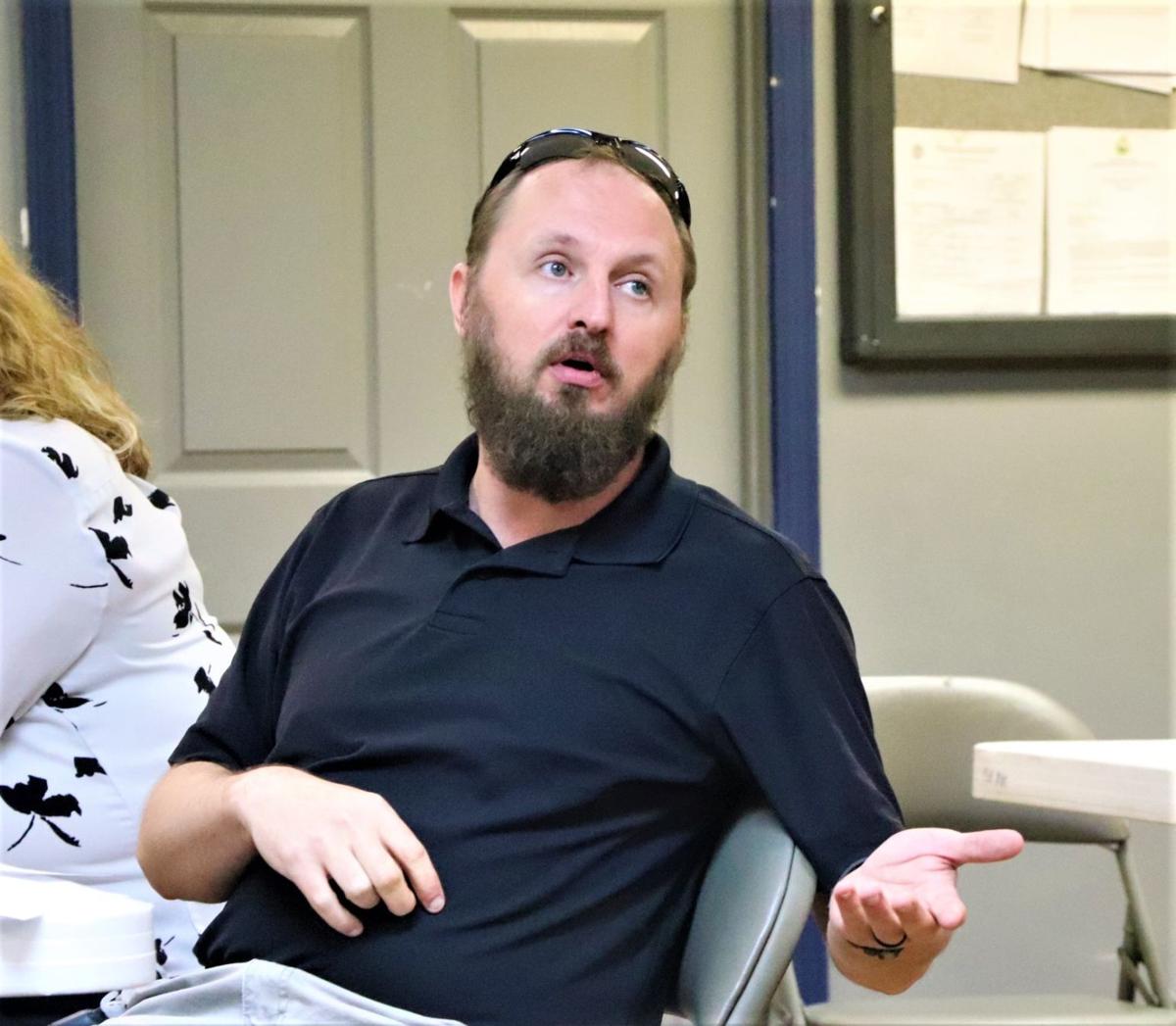 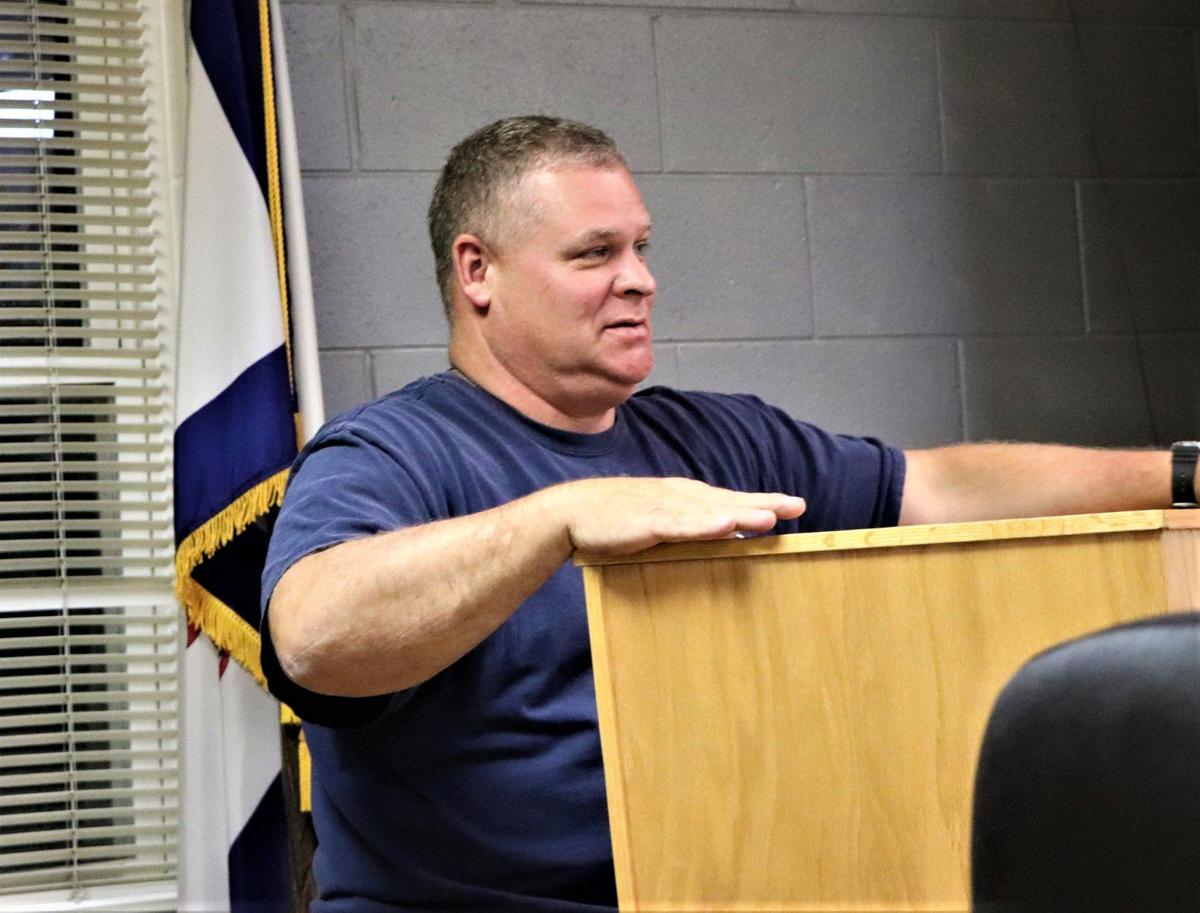 VAN — A collection of Boone County firefighters and other emergency/medical personnel met at the Van Volunteer Fire Department on Nov. 10 to discuss dilemmas facing volunteer fire departments within the county in a public forum.

The first topic of discussion focused on the budget and how the rising costs of basic operation, maintenance and compliance have put pressure on agencies relying on levy funding and a state insurance surtax for survival.

Levies require 60% voter support to pass, and traditionally have exceeded 80% in favor in Boone County. Since 2014, the levy for fire in Boone County has gradually decreased by approximately $90,000. This year, the levy provided $90,410 to each department to operate, for a total of $723,276 for the eight fire departments in Boone County. The levy is calculated at $2.60 per $100 in tax revenue. Agencies could lose another $10,000 in levy money when it is voted on again based on declining tax-revenue projections.

The state insurance surtax provides an additional $40-50,000 annually per department.

Collectively, the departments are considering a cost recovery model the would involve the process of billing insurance companies for services related primarily to house fires and automobile accidents.

Van Fire Chief Droop Howell said that remaining compliant, which allows the departments to secure their charters for another year is part of the deal.

“Staying complaint is critical,” he said. “Equipment testing and a lot of money goes out to remain compliant. My guess is about $60,000. That doesn’t leave much to operate a department on.”

Howell said the only fat that could be trimmed would be through ducking compliancy, which he isn’t willing to do.

“Tires can be seven years old and look great with only 2,000 miles on them, but if there is an accident, it will be the first thing they look at and we have to keep those records. I’m not willing to take that chance,” he said.

“We are at the point where we can’t cut anything and remain in compliance and still provide the services that we do,” he said.

Captain Jason Estep at the Morrisvale Volunteer Fire Department said that, traditionally, fire departments have absorbed services around the county that don’t fall into the normal scope of their work.

“As the levy comes down, our primary responsibility is providing quality fire protection,” he said. “Boone County has always had some of the best, state-of-the-art equipment around and that is going to decline. It could come down to a cut in services at some point due to that.”

Howell said the fire departments have provided additional services for so long that it has become expected of volunteers to remove large, fallen trees from roadways after a storm in the middle of the night.

“We’ve made all of the services a priority for so long,” he said. “If we don’t run a car wreck, a mountain rescue, a rescue call or an EMS call, there is nothing that says for our charter or ISO that we are required to do that. People expect that from us. I hope we don’t get to a point where we can’t do that.”

It is worthy of noting that, despite the budget crunch, Boone County fire departments have at least a 5 ISO rating, which heavily affects homeowner insurance premiums across the county. The scale runs 1-10, with a 1 rating being the ultimate goal. An average of “5” is very good for the rural landscape of southern West Virginia, where water access and easy access to structures can be a challenge, causing firefighters to study alternative methods like rural water movement procedures.

Retired Morrisvale Fire Chief Doug Estep added, “With the new state guidelines, we’re going to have to get certified to run these first-responder calls. I don’t see how we can afford to do that. That is our biggest obstacle in the very near future.”

Jason Estep added that additional state-level requirements will put an additional administrative function on the departments.

“Everyone knows what it takes to stay compliant now with the state fire marshal,” he said. “Now, we’re running out of people and that is the other major problem we are facing. This is approaching a critical situation.”

Boone County Emergency Management Agency Director Michael Mayhorn was present at the meeting, as were representatives from the EMS agencies within the county.

“You are looking at this from the EMS side of it — we don’t have to tie up two ambulances to go lift someone when our firefighters are there,” said Dispatching Supervisor Michelle Arthur with the Boone County 911 center (BCEMA). “We’ve even had firefighters drive patients to the hospital for a really bad patient. What they do really matters.”

Comparatively, in 2016 the levy collected for the Danville Volunteer Fire Department approximately $114,125.65. Additionally, the department received approximately $40,000 from the state insurance surtax. Their expenditures totaled $187,749 leaving a shortfall of $33,623.35 four years ago when the levy produced an additional $24,000 annually.

Howell noted that prior to three years ago, his department could order a truck once an old one had reached service time limits and pay half of the cost up front and half upon delivery without incurring debt.

“Now we finance it, just like your vehicle,” he said. “We used to be able to spend some money and know it would come back. Now, you can’t do that.”

The Morrisvale Fire Department stands true to a 30-year rotation of their trucks. Other departments around the county will likely follow-suit.

In past decades, volunteers were able to work on trucks, but with technology increasing, vehicles are harder to work on and the lack of volunteers makes that nearly impossible to do. Due to insurance regulations and/or requirements, certified technicians are required to service vehicles beyond very basic maintenance.

As of press time, the Boone County Commission was set to vote on dispersing $5,000 to each county department via Cares Act funding on Nov. 17. While providing some instant relief, it will not help with long-term survival efforts.

In terms of recruiting new members, Howell said he doesn’t support traditional methods of active recruiting in the area high schools for one main reason.

“We need people who want to be here because they are aware that we are here and they want to be a part of what we do,” he said. “We need young people who will work alongside us and be available when they’re called.”

Some departments around the county have active volunteer staff members that are well into their 70s and have decades of experience. Unfortunately, many of the children and grandchildren of active roster members aren’t showing the interest that once served as a beacon of hope for the future.

Fire departments across the country have combatted low membership numbers by instilling a “paid on-call” or “paid-per-call” format, but it requires guaranteed funding.

In relation to the potential billing of insurance companies for services rendered, leaders in the fire community are still researching the possibilities and note that they don’t want the burden to fall back on citizens in the form of higher insurance rates based on what could be processed as a claim.

Howell suggested a sliding scale be used by departments around the county based on the service that would insure consistent billing. Howell also noted his concerns regarding insurance rates for local citizens. Via his plan, departments could bill insurance companies incrementally up to $500.

The procedure for billing for services — and who would carry it out — remains a big question mark.

SAFER grants are another option, at least an immediate patch to a ever-leaking pipe.

Nearby Chapmanville Volunteer Fire Department in Logan County was awarded the SAFER grant, which is an acronym Staffing for Adequate Fire and Emergency Response. The purpose of the grant is to assist in recruitment and retention efforts.

“We have to look at some solutions and keep an open mind in regard to doing things differently,” concluded Jason Estep. “If we don’t take care of our staffing shortage, none of this other stuff is going to matter.”