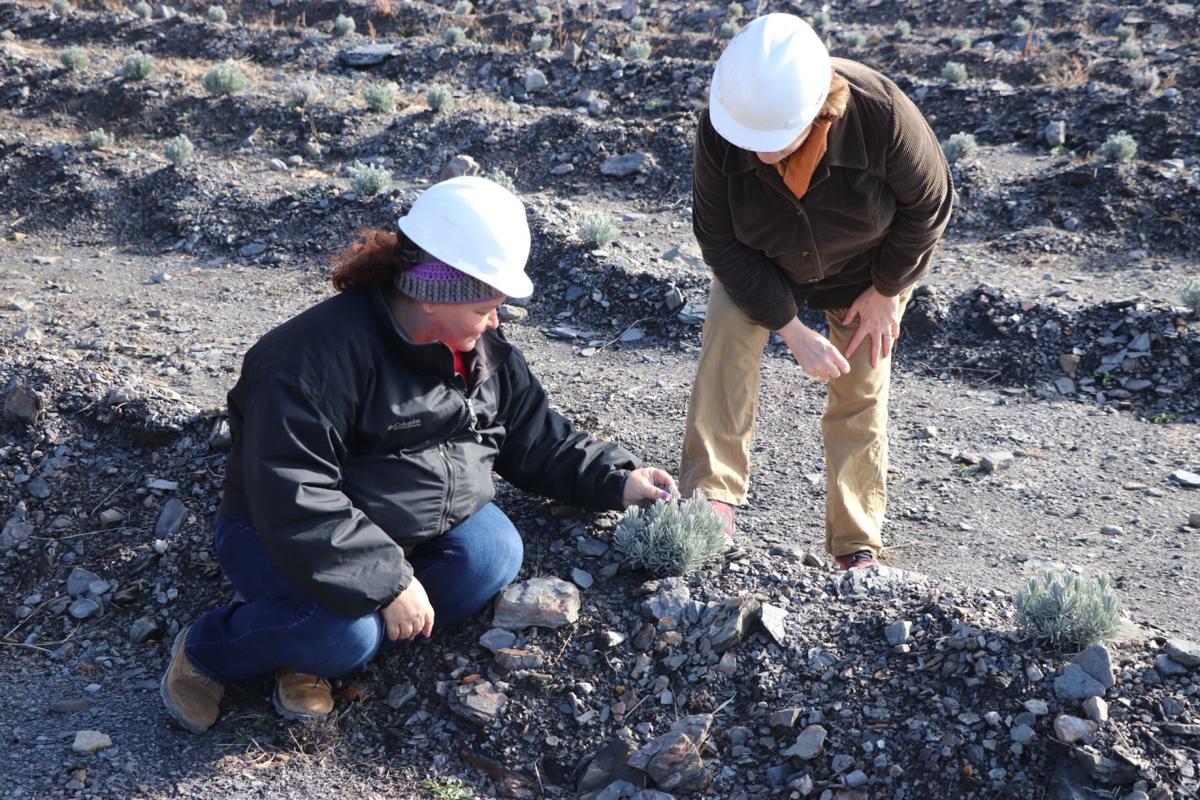 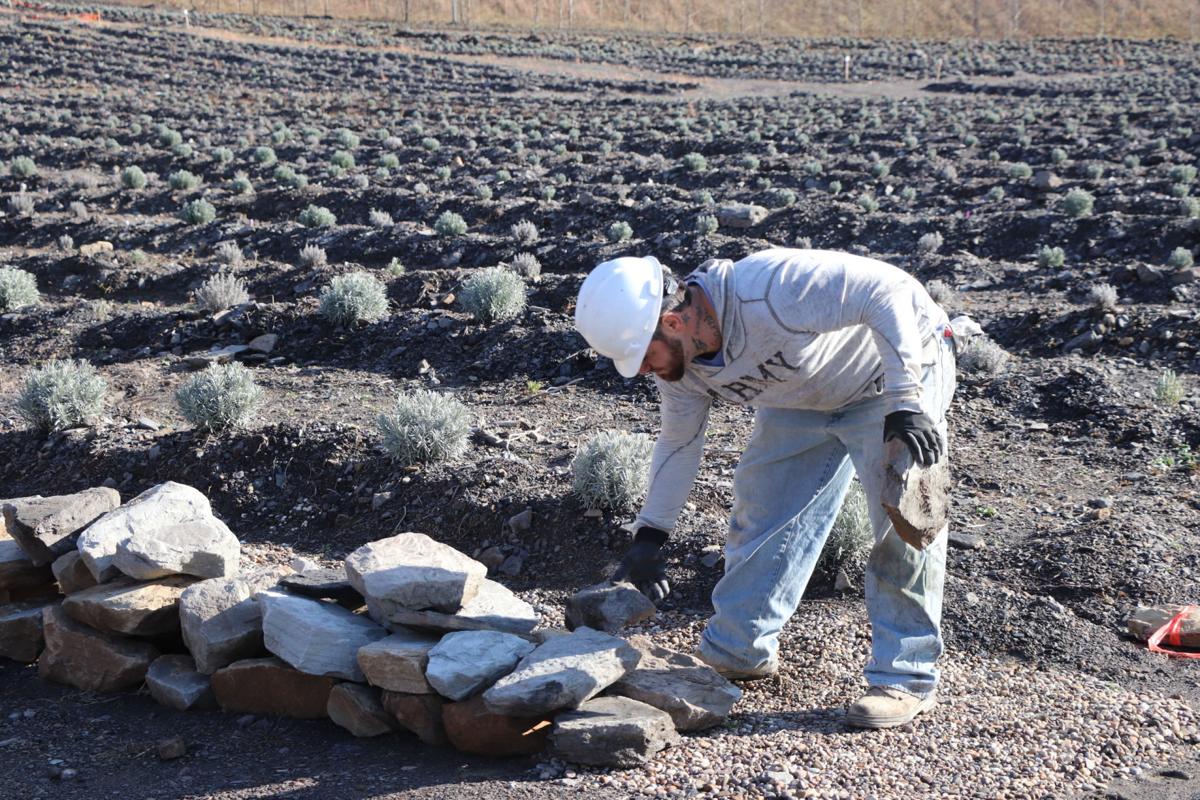 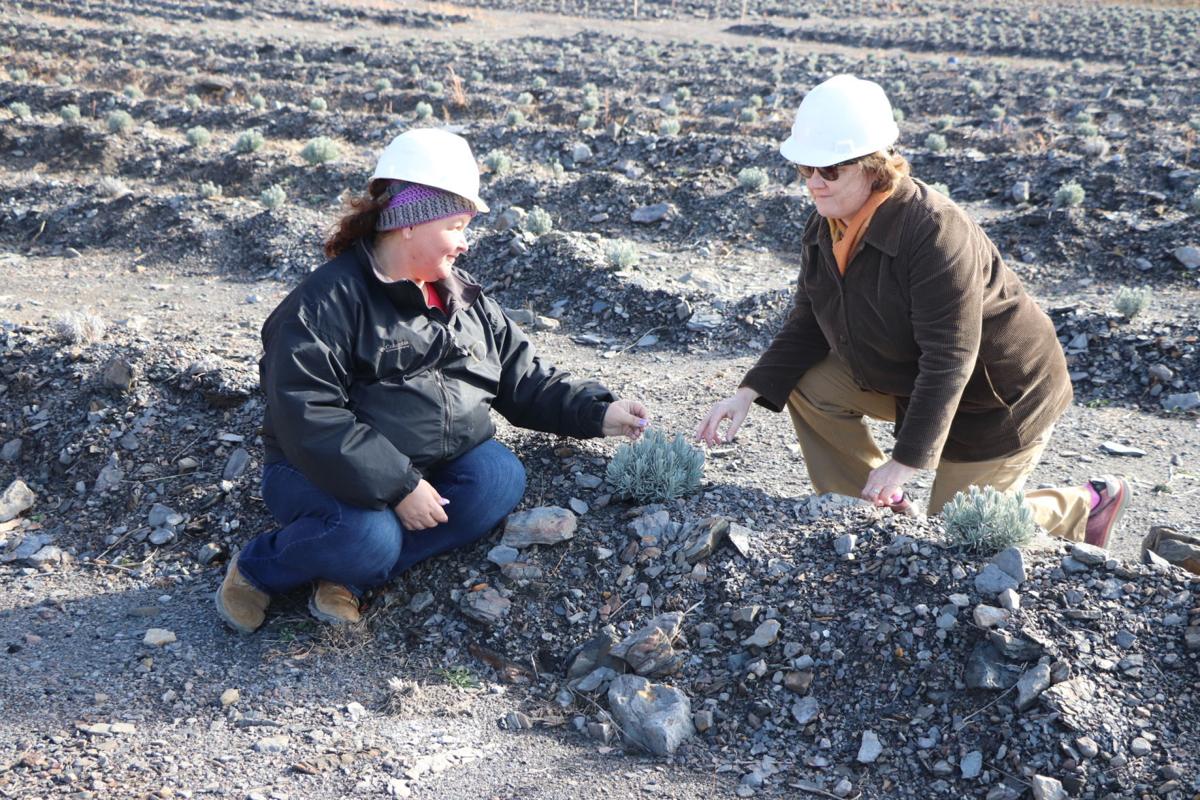 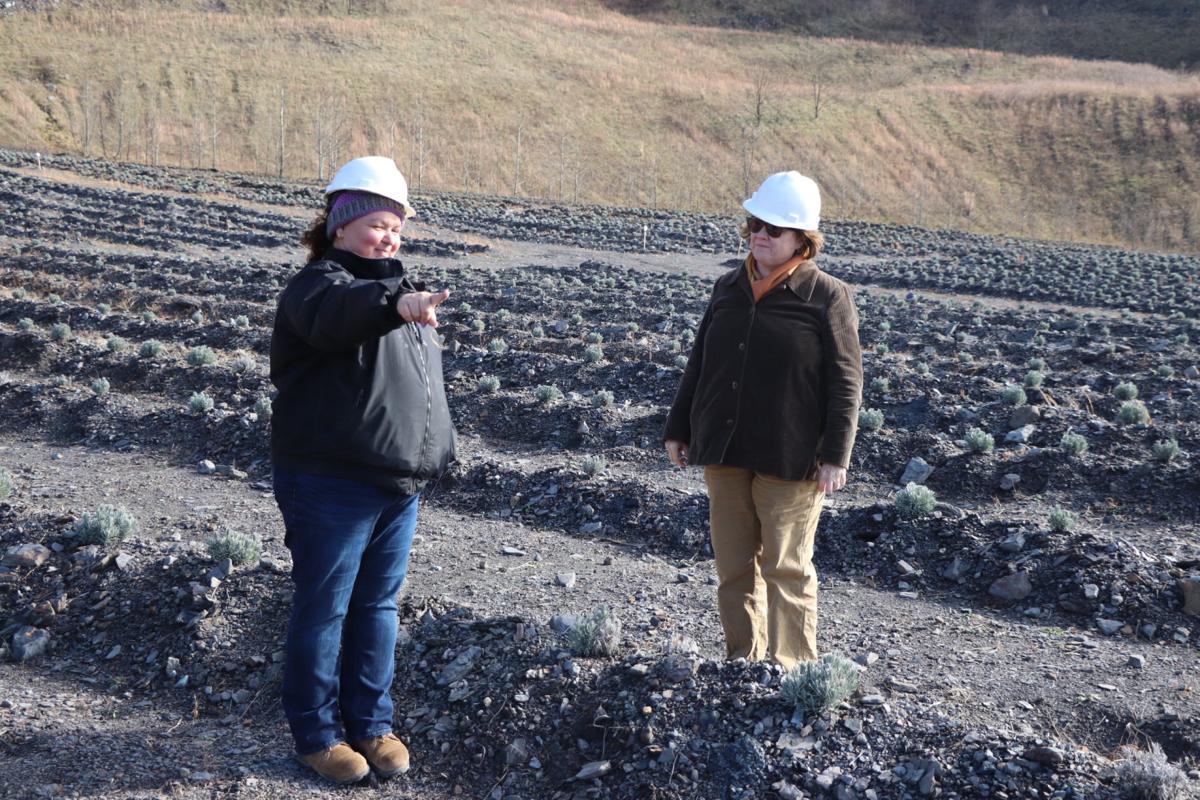 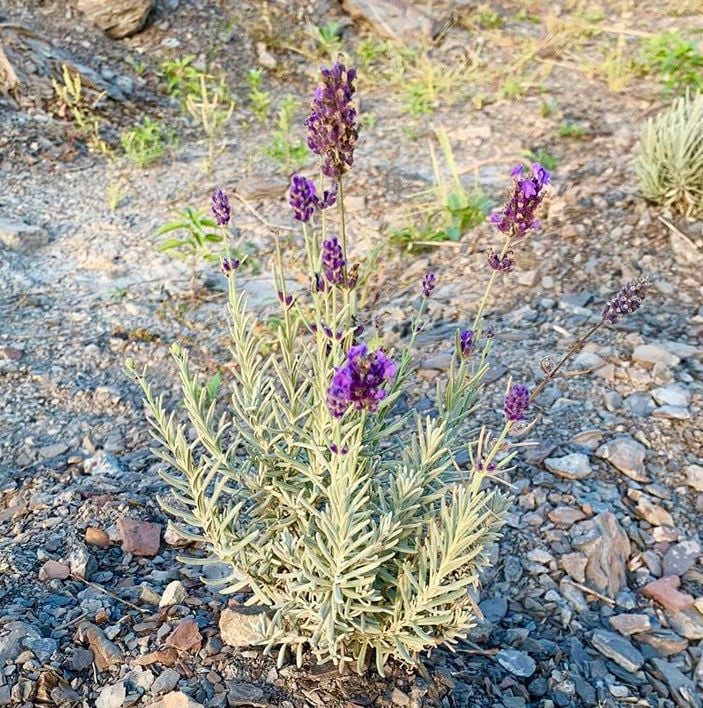 Lavender in bloom at Appalachian Botanical’s farm in Ashford. 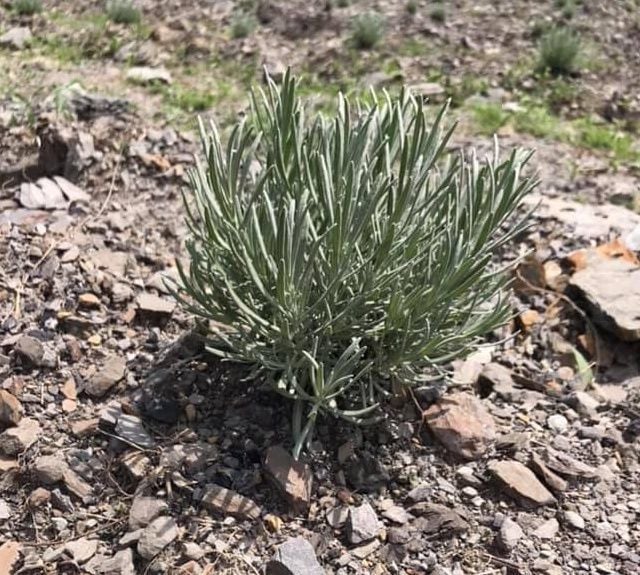 A lavender plant before bloom at Appalachian Botanical’s farm in Ashford. 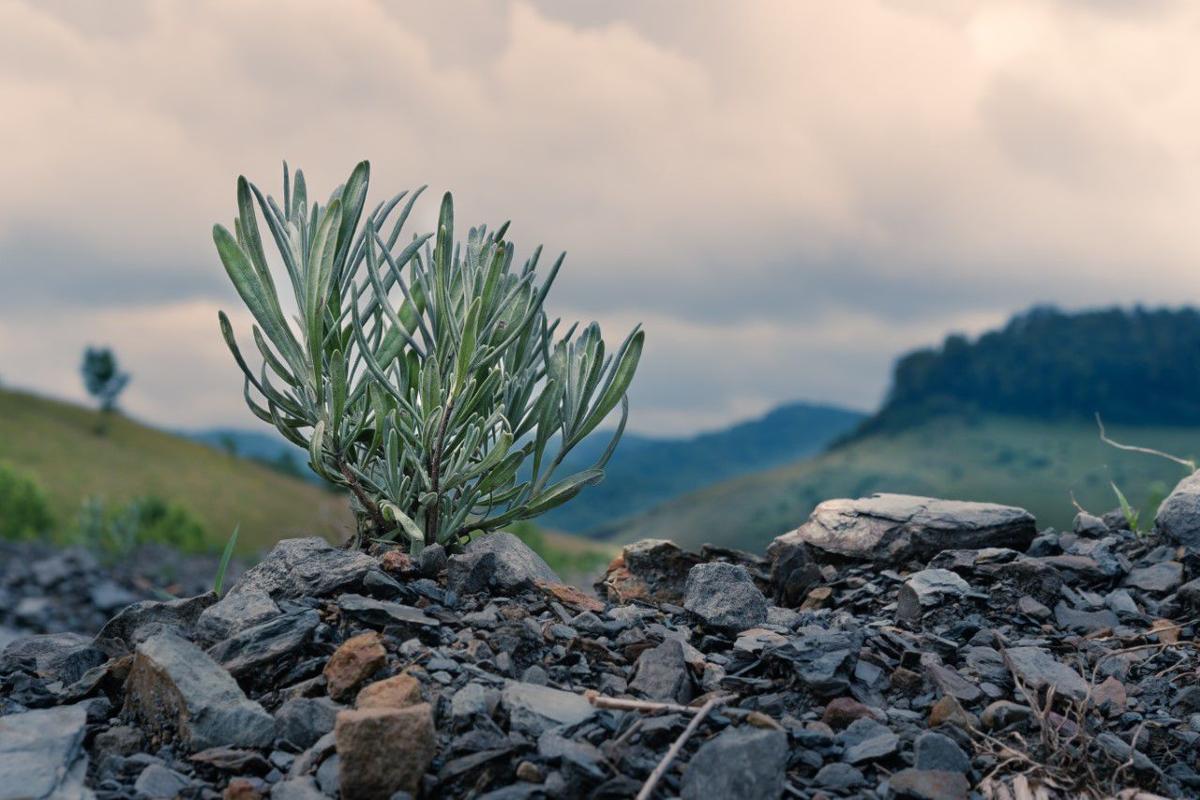 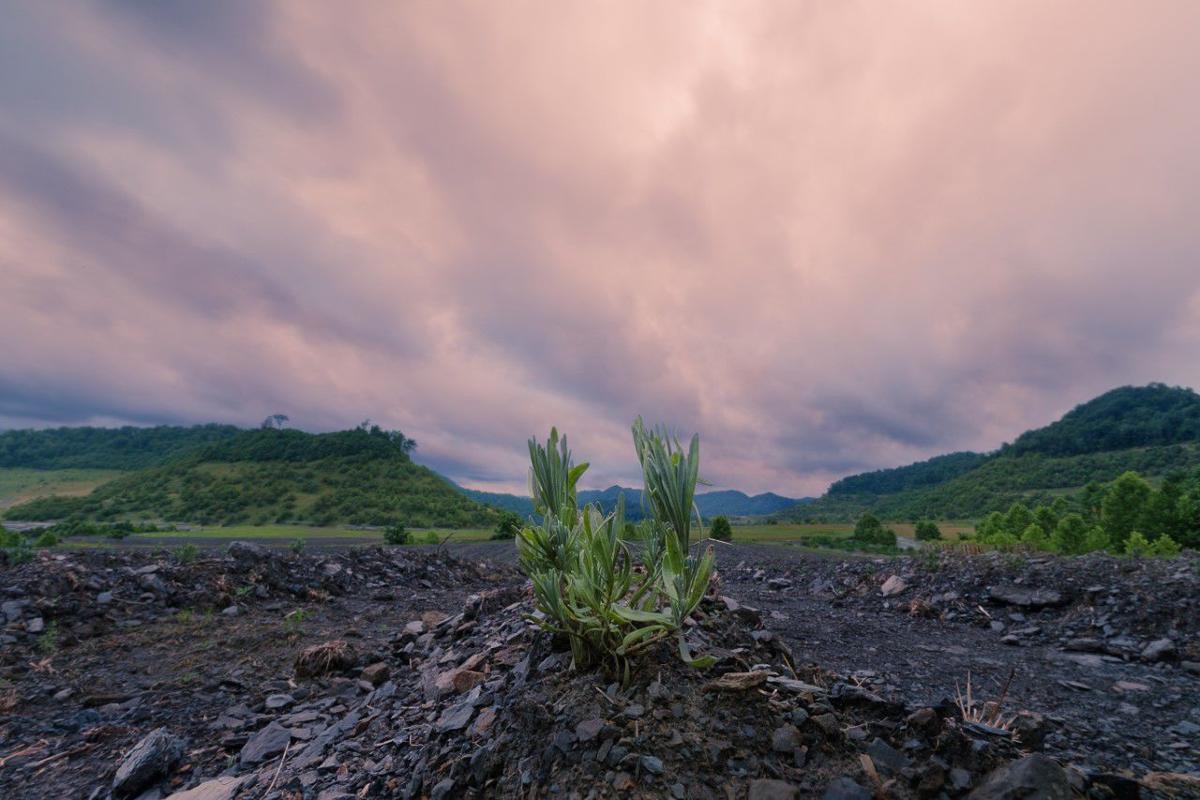 Lavender in bloom at Appalachian Botanical’s farm in Ashford.

A lavender plant before bloom at Appalachian Botanical’s farm in Ashford.

ASHFORD — A plot of reclaimed mining land in the unincorporated town of Ashford in Boone County is now the site of a 35-acre farm producing lavender for the multi-billion-dollar essential oils industry.

“Our goal is to farm 120 acres by 2021,” said Appalachian Botanicals Founder/President Jocelyn Sheppard.

Active since 2018, the initial planting began in May of that year with an expected harvest of June 2020.

“To increase the oil production, we will skip what would be considered the first harvest and look to June of 2020 for our first big harvest,” added Sheppard, who earned doctoral degree in English and made a career turn into librarianship with a library science degree.

The Virginia native has worked in West Virginia as a librarian at Bethany College and then at the National Technology Transfer Center in Wheeling on the Wheeling University campus.

“In 2001, I decided that I wanted to be an independent consultant based on what I had learned at the NTTC, and I have been working with entrepreneurs and tech start-ups for the last 20 years,” Sheppard said.

Sheppard’s path to farming came through her work, specifically through grant writing. She was hired to co-write an Appalachian Regional Commission power grant in 2016 that supported a high value botanical on reclaimed coal mining land. The 2.5 acres in Hernshaw served as a demo-plot to 17 acres. Four Mile Mountain, once a Pritchard surface mine, was reclaimed as a lavender farm.

“At the end of 2017, we had seen the end of that project and my contract had ended with the power grant team and I thought it was too great of an idea to let go of,” she said. “I wanted to move the idea forward as a commercial enterprise.”

The goal was to secure a single location, large enough to be profitable and eventually there may be small landowners who may be interested in the lavender business.

“This way we would know more, be able to help them and they could be part of the botanicals industry in West Virginia,” Sheppard said. “Just to be clear, we aren’t involved with hemp or marijuana. It is tightly regulated and also highly competitive. Lavender is doing great for us.”

Christina Jeffries is an operations manager who has been with the company since its inception and has the distinction of being the first hire. She lives in Raleigh County and makes the trek to Ashford while overseeing production and managing employees. About 35 workers were on site in 2019, a number that will grow to close to 100 in February as February, March, June, July and August are peak months for full-time seasonal workers. About 10 full-time employees are retained during off-peak months.

Jeffries brings a background in greenhouse work, horticulture and propagation to the farm.

“We picked up the plants on April 19 and our first plants were in the ground by May 15,” Jeffries said.

For healthy lavender, the soil is dense — which makes reclaimed coal mine land desirable.

“Mine soil in general is good for lavender and it has very little nutrients in it,” she added. “(Lavender) needs poor soil to thrive. It hoards water and needs drainage as a Mediterranean plant.”

The land is owned by Penn Virginia Operating Company, which leased the land to the new company.

“It is just gorgeous up here and I fell in love with the site immediately,” Sheppard said. “It has been quite a transformation since day one. “

Raven Crest Mining operates adjacent to the property, just a few access roads away from the site.

For potential employees, a broad scope of workers with various backgrounds is welcomed.

In its first year of operation, the company employed individuals with college degrees, in active recovery from drug addiction and those with criminal backgrounds. An amputee found work on the farm and used one hand to weed rows of blooming lavender.

“If someone has the desire to work, is patient with attention to detail, is dependable and enjoys working outside despite the elements, you are a candidate for employment here,” Sheppard said. “Additionally, I am a person who believes in second chances.”

Sheppard stressed the ability to follow instructions and abide by safety guidelines as traits she looks for in a potential employee on the farm.

Realistically, the company believes that 35% of its workers will return for peak season, and they are cognizant of the natural turnover in labor-based positions.

“This work isn’t for everyone and there is no criticism for anyone who gives this a try and decides that it isn’t for them,” said Sheppard. “It is repetitive, wet, chilly and sometimes there is the boiling sun to deal with. For those who value repetitive and predictable work, this may be a fit for you. Our goal is to hire locally and 90% of our workers are from Boone County, the others from surrounding counties.”

Pruning, harvesting and weeding are the skills that are taught on site along with plant placement control.

“We have 70,000 plants and every plant had a hole that was dug by hand,” Jeffries added. “We have to make sure the dimensions are right and it is labor intensive.”

With a global marketplace, lavender has limitless possibilities, according to Sheppard.

“Lavender oil in a synthetic form or natural and organic in the way we are doing it is a $7 billion annual business, and the United States imports 98% of its lavender oils,” she said. “Most large-volume producers who sell wholesale are on the West Coast, and we are looking at an East Coast market for our product and because we are small, we are targeting Southern West Virginia and Appalachia as our very first customers.”

Once the lavender leaves the farm, it will be transported in a dried or frozen state to Mystic Formulations, a processing laboratory in Charleston, where the oil is extracted through a steam distillation process.

A byproduct of the oil is the distilled “flower water” or “hydrosol,” which can be sold as a mist for many uses including as an antiseptic; according to users, it can provide cooling and relaxing effects.

Both Provence and phenomenal lavenders are grown on the farm. The finished product can be purchased via grams, ounces and gallons, but on the wholesale market, the product can be found by the pound. Perhaps worthy of noting is that some have culinary uses that are desirable around the world.

West Virginia Del. Rodney Miller (D-Boone) has visited the farm sees the value of the business to a local economy looking to diversify.

“The new start-ups are important and when they employ people who may not have other opportunities, this is the kind of thought process we need and we need to encourage,” Miller said. “In order to think outside the box and bring in new business and industry, we have to open our minds. This could lead to a processing facility in Boone County. We have an industrial park (Rock Creek Development) that is begging for people and has a federal tax credit and a state tax credit and the property is basically free. We have smaller lavender businesses in Boone County as well. I think it is wonderful.”

Residential neighbors to the site have inquired and even attempted to visit the farm. It is not open to the public, but the company looks to host a public open house in 2020 where residents and curious onlookers from outside of Boone County can visit and receive a guided tour of the facilities.

“We’re not set up for everyday foot traffic,” added Jeffries. ”There is a guard shack and gates that are locked.”

Visitors to the site must wear a hardhat and receive a brief safety certification before access is granted.

The company looks to establish partnerships with area organizations and establish itself as a positive force in the community through outreach and education.

In November, Sheppard was recognized by the “Power of Performance Awards” presented at the Second Annual Small Communities, Big Solutions Conference in Charleston. She earned an award in the “Putting people to work” category.

“We’ve made tremendous progress in a relatively short time and that is exciting to everyone involved,” said Sheppard. Visit appalachianbotanical.com for more information.