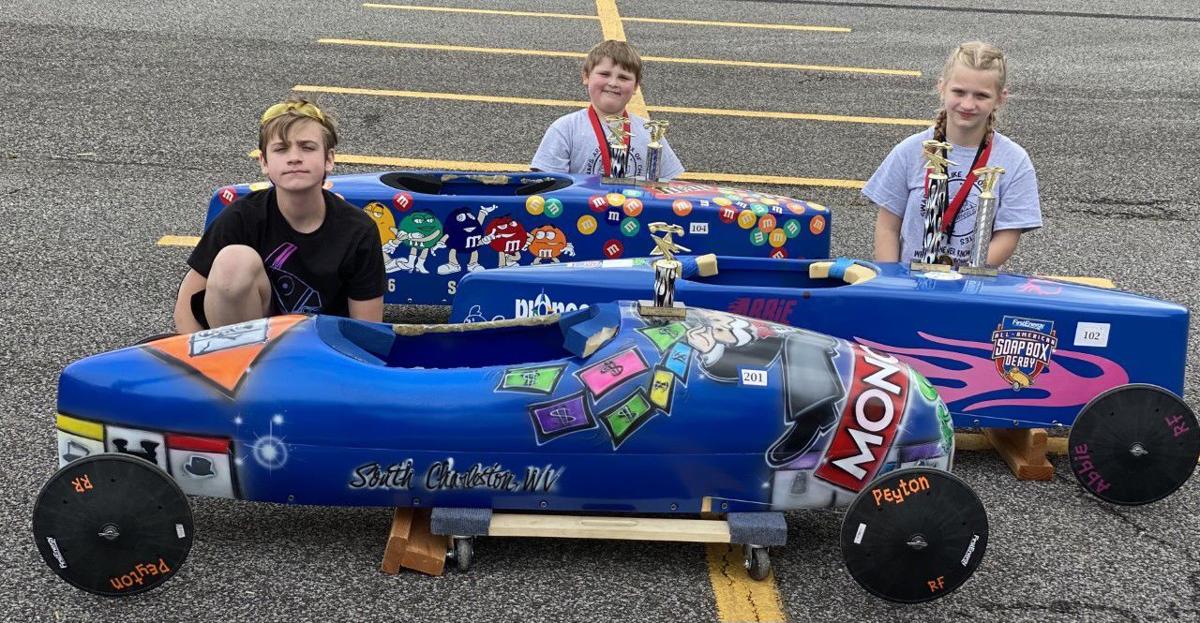 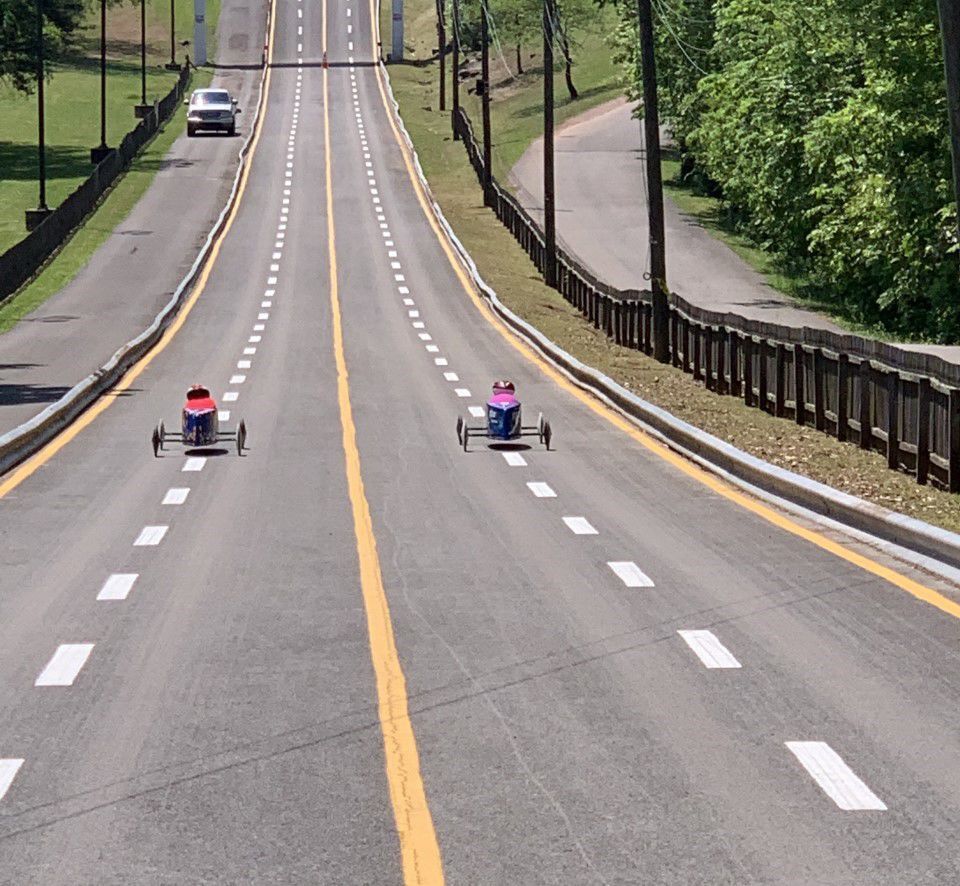 Boone County residents are among five local racers who competed in their local soap box derby championships on June 5.

Boone County residents are among five local racers who competed in their local soap box derby championships on June 5.

Racing for a chance to represent Charleston as local champions will be Eric Gibson and Andrew Valure.

For the Rally Champs in Region 6, a 600-point total is a guaranteed invitation to the event and the top 11 rankings in Super Stock Division and top 10 in Stock.

The shape of the shell of the cars determine stock or super stock classifications.

Amber and Brian Brake have two sons competing and their journey into soap box derby racing started in 2018.

“It all started with Paxton when he went through leukemia treatments in Charleston,” Amber Brake said. “A friend that he met there did it and their family was involved in races. They got us started and we started with Peyton and now we’ve added more family to it.”

Brake said that, for her children, the experience has been valuable.

“They have made some of their best friends through this and they’ve become best friends, but also competitors,” she said. “It is a constant guessing game. You can eat too much the night before a race and weigh in and be two pounds heavier. It can throw off your weight as they are distributed around the car. It is a constant puzzle for them and they enjoy the challenge of all the factors involved in it.”

The Brake family have traveled to out-of-state events in order to accumulate points. Each track is different.

Little Creek Park is regarded as one of the premier tracks on the East Coast, boasting lighting and an incline and downward slope that racers enjoy navigating.

“Our track at Little Creek has one of the steepest hills they get to go down,” Brake said. “We raced in Chicago and it was in a street with ramps that they ran off of. The weather has an impact. If it is sunny, they’ll run a lighter weight in their tail.”

The cars are 6 feet long and have weight requirements for both stock and super stock divisions.

Little Creek features a barn that is available for competitors to work on their cars and prep them for out-of-town races.

“We use a trailer and many times, we bring them out of the trailer into the driveway to work on them,” she added. “Wherever we can and when we can.”

There were shutdowns related to COVID-19 even with the events being held outdoors, but in the winter, events are held in warehouses, parking garages and malls.

“We just recently started back and we just got back in March,” Brake said. “They would have a limited car count at events so that they could socially distance. We’ve just started running full fields again.”

Participants age out of the sport at 20 years old. A 12-year-old could compete against a 19-year-old in competition as long as the weight requirements are met.

Brake said participants in the sport who can utilize the Little Creek track are lucky to have a facility that is so well designed and maintained.

“It really is the best we’ve seen by far and the kids love the big hill,” she said. “Even compared to the track they hold the international event on now, I believe they come down faster here. We see families from New Jersey and other states and they love that track.”

There will be 24 racers competing on Saturday and they will all be local with no out-of-state participants. The race begins at 9 a.m.

For more information on the Little Creek Park’s Soap Box Derby Track, contact Cyndi Terry at 304-730-5301 or by email at cynditerry@kvsbda.org.