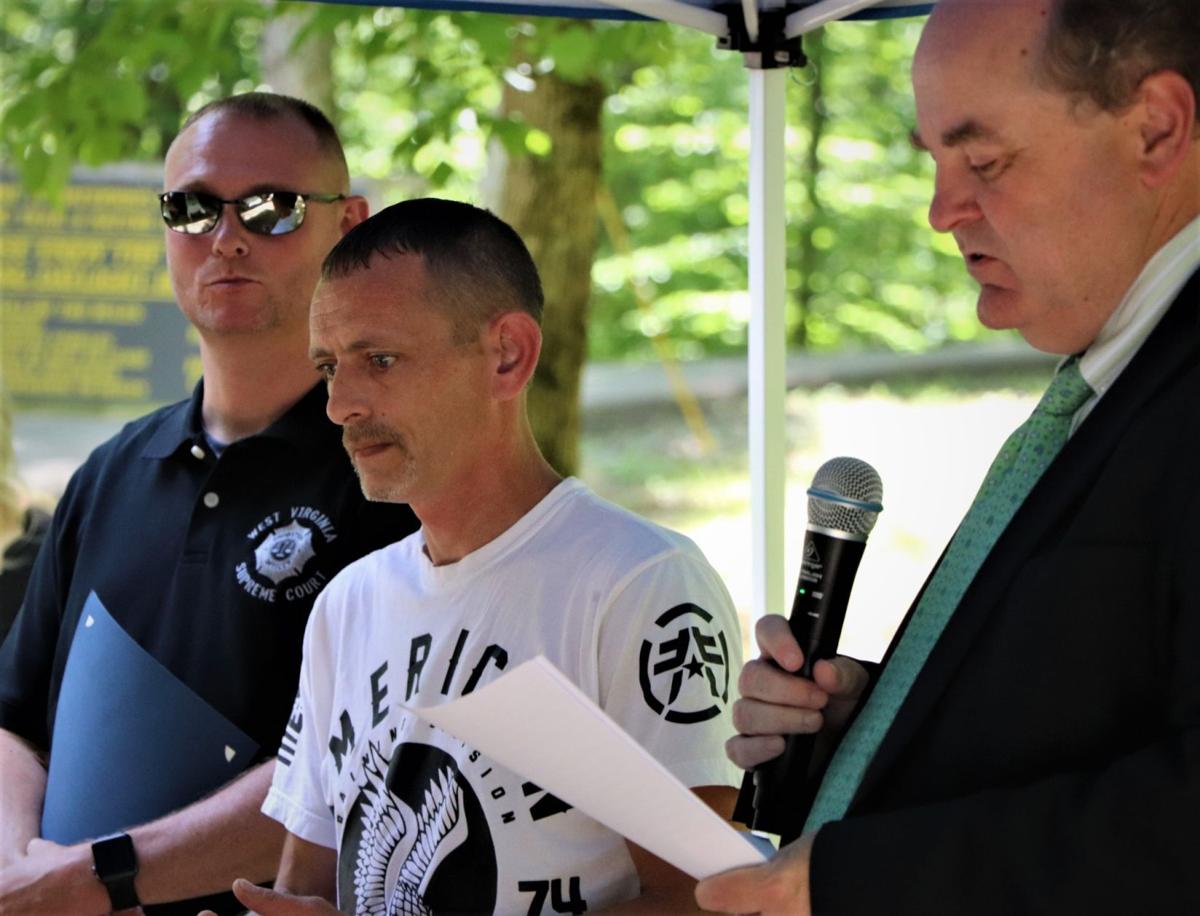 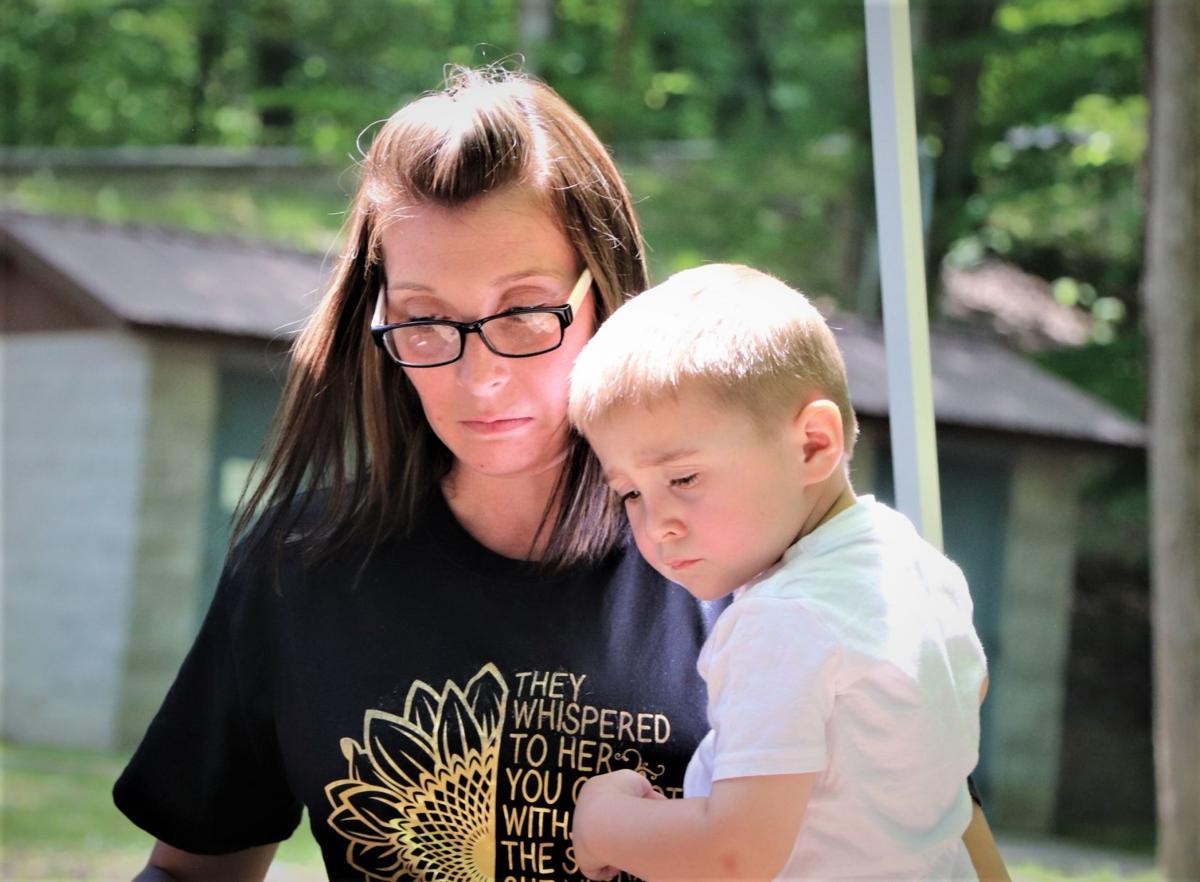 Tessa Lusk, accompanied by her son, Abel, graduated from family treatment court on May 19.

Tessa Lusk, accompanied by her son, Abel, graduated from family treatment court on May 19.

JULIAN — It was a day to celebrate.

“Whatever the goal is that got you here today, this is just the start of that and we’re happy to hear the stories you’ll share with us here today and we’d like to hear the stories on down the road of the successes you’ll have, and this is the beginning of a really bright future,” said guest speaker West Virginia Supreme Court Justice Tim Armstead.

Family treatment court originated as a pilot program started in 2019 to help support families affected by substance use disorder. The Boone program is funded via a federal grant, while the Supreme Court has funding from the McKesson opioid settlement to establish 10 courts.

Jesse and Tessa Lusk have a 3-year-old son, Abel, who accompanied them to the stage to receive their diplomas.

“They were focused on getting their son back into their custody as quickly as possible,” said Judge Thompson.

The Lusk family were reunited in March.

The couple are both employed, have secured a home for their family and are a combined 558 days “clean,” according to Thompson.

“Jesse began to take pride in working hard for his family and is enjoying the good things that recovery is bringing them. Tessa is part of the recovery community and has helped newcomers entering family treatment court,” Thompson added.

Prior to his success, he spent time on home confinement and spent time in the Donald R. Kuhn Juvenile Center. He entered a long-term treatment program and served as a mentor to others and was considered, “the best student the teachers had,” according to Thompson.

Cook said there were many obstacles in his journey to where he is today. He is employed and will enlist in the U.S. Army this summer.

“When you did drugs for so long and you drank for so long and you have those withdrawals, it was one of the hardest things to overcome early on in the process,” Cook said. “I was away from home and in a treatment facility for over eight months. Being away from my family and battling it on my own was challenging.”

Cook said distancing himself from people and places that were negative influences was key.

“I had to take a big step back,” he said. “No, I had to take a leap. I told my mom, I’m creating a new Facebook account and I am keeping people who aren’t good for me away.”

He said that for others — regardless of age — who are struggling with addiction, accepting the fact that you need help is step one.

Graduates receive support via a multitude of services and programs provided by agencies that serve southern West Virginia.

For assistance regarding substance abuse, call or text Help4WV for free to talk to a counselor at 844-435-7498.