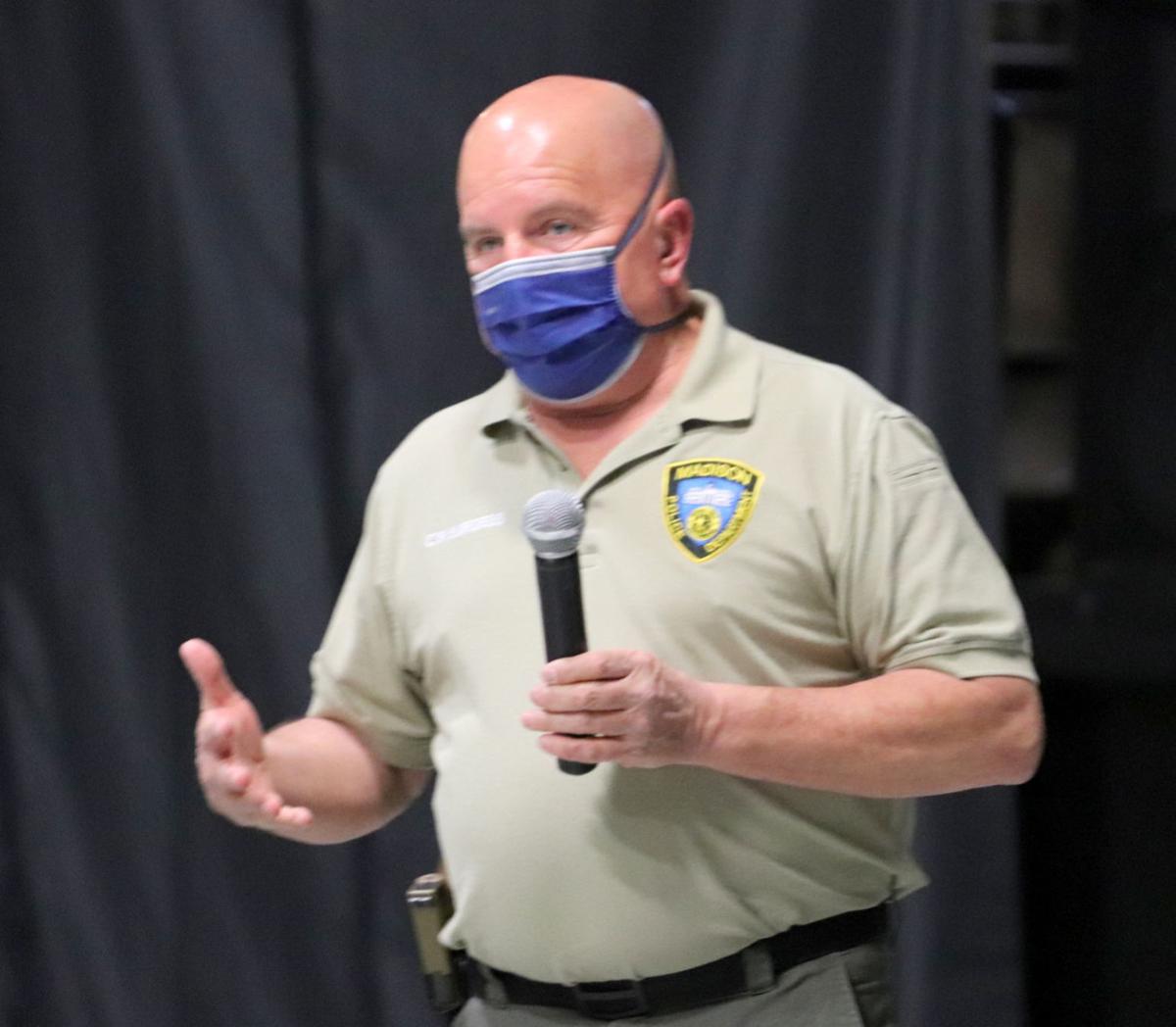 City of Madison Police Chief Chet Burgess addresses attendees and the city council regarding the current good health of his police force after a mandatory quarantine sidelined three officers for four days two weeks ago. 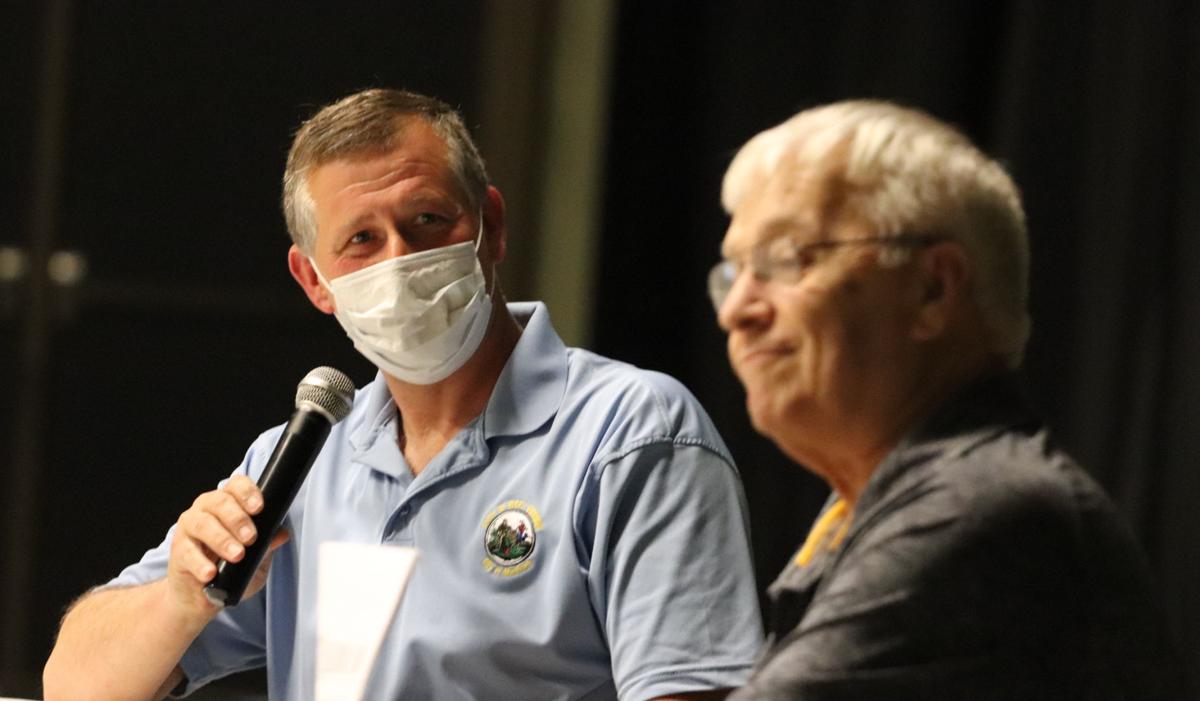 City of Madison Police Chief Chet Burgess addresses attendees and the city council regarding the current good health of his police force after a mandatory quarantine sidelined three officers for four days two weeks ago.

MADISON — The City of Madison met on May 4 for the first time since the beginning of the COVID-19 pandemic and navigated the meeting swiftly, chiming in at 35 minutes.

City officials decided to hold the meeting at the Madison Civic Center in order to have enough space to observe social distancing guidelines. Seating for attendees was distanced about eight feet apart.

Following the routine payment of bills and the viewing of the city’s financial report, the council moved to public comment, leading to a discussion regarding potential new business for the city.

Mayor Buddy Hudson said the city is negotiating a deal for the lots on the 300 block of Main Street for a new structure that would house a chain store. Because discussions are still ongoing, Hudson would not confirm the name of the chain.

The city announced a new office staff hire in Susan Nichols, who will begin work on May 11.

New Councilman Happy Saunders, who assumed the seat left open when Hudson became the interim mayor after the passing of Sonny Howell earlier this year, said he would like to see more dilapidated housing issues in Madison be addressed. He presented two examples and said he believes it is a concern for the community and would like to see the city take steps to mitigate the problem.

“There is one house in the south Madison area that definitely needs demolished,” Saunders said.

Councilman PJ Johnson made a motion to honor Scott High School graduates with a parade and the council unanimously approved of the idea. No date has been set, but officials are working on the logistics of how the parade can take place while following social distancing guidelines.

“I think the further out we go without honoring them in some way, the harder it is going to be to do something for them,” Johnson said. “They’ve lost part of their senior experience and it would be good for us to do something.”

Madison Police Chief Chet Burgess addressed the council and attendees regarding the health of his force. Three officers had been quarantined last month after coming into contact with a man through an arrest who had a family member who tested positive for COVID-19 in Logan County.

“We had some officers off of work because of quarantine,” Burgess said. “It isn’t just us, it is the other departments in the county as well that have had to deal with this, including EMS personnel. Luckily, we’ve got everyone back and they are healthy, but it definitely puts us in a bind when this occurs.”

Burgess added that the City of Madison is seeking applications for a patrolman but noted a current national study that showed that interest in law enforcement as a profession is down 65 percent in recent months.

“That trend makes it even more challenging,” he said.