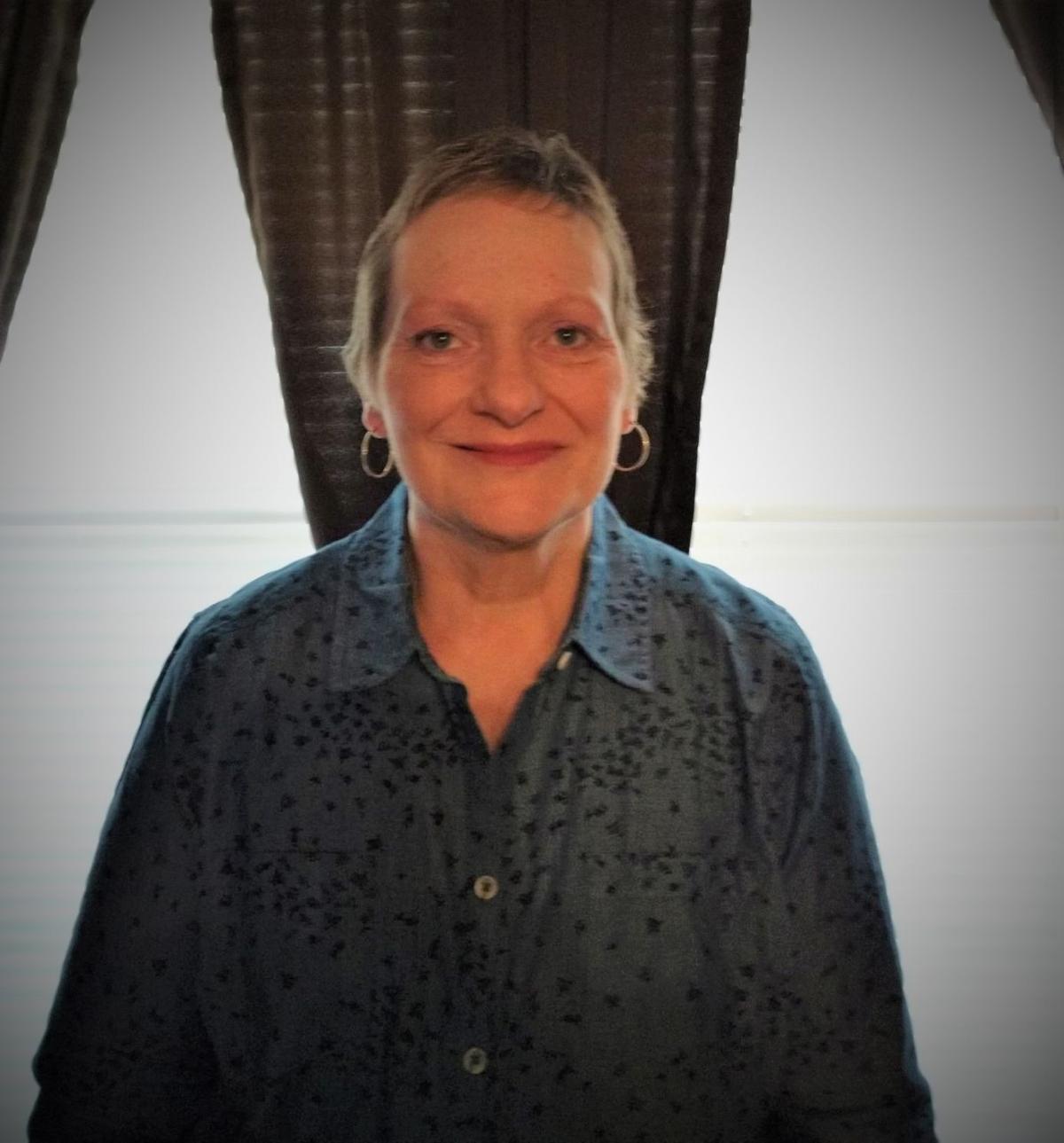 Dreama Green of Uneeda is currently recovering from a mastectomy last spring and has been told by her doctors that she is "cancer free." 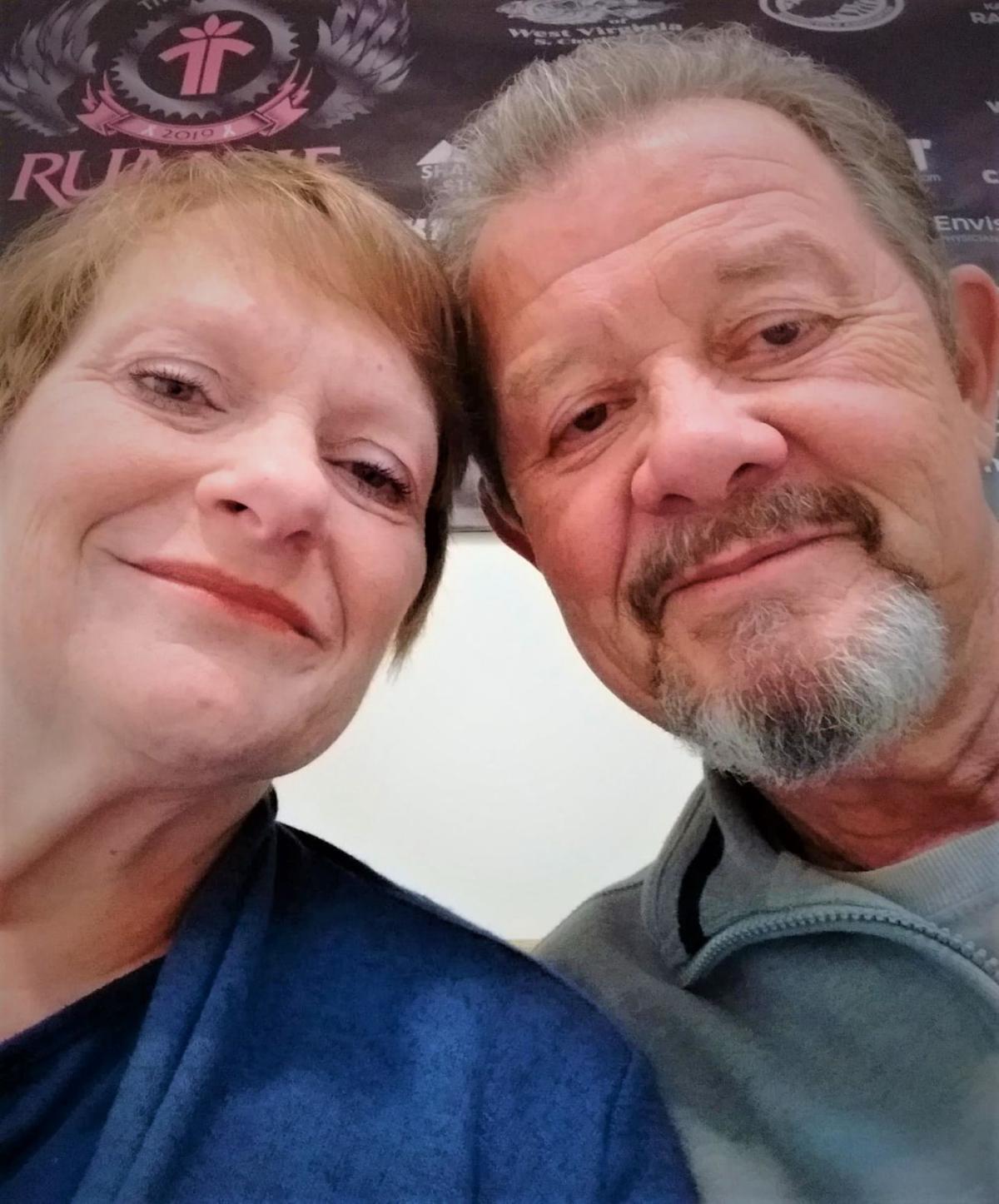 Dreama and Doug Green of Uneeda are pictured. Dreama is currently recovering from a mastectomy last spring and has been told by her doctors that she is “cancer free.”

Dreama Green of Uneeda is currently recovering from a mastectomy last spring and has been told by her doctors that she is "cancer free."

Dreama and Doug Green of Uneeda are pictured. Dreama is currently recovering from a mastectomy last spring and has been told by her doctors that she is “cancer free.”

UNEEDA — Dreama Green believes her strength comes from a multitude of places — but two specific sources provided her foundation of support through her breast cancer journey.

“It’s definitely faith and family,” she said enthusiastically. “My husband has been very protective of me and God has been good. I’m beyond blessed.”

Doug and Dreama Green enjoy walking together. The couple has engaged in more walking as she continues to recover from a mastectomy procedure in March. Her endurance has gradually been restored, but she’s experienced some complications, including discomfort in her right in her right arm related to her lymph nodes.

She has just three immunotherapy treatments left. She was told by her doctors that, as of April 2, she was cancer free.

The former Dreama Smith, 59, was born in Julian, then moved at a young age with her family to Chicago, where her now-late father, George, pursued work in manufacturing. The family returned to Julian and Dreama graduated from Scott High School in 1979. Her mother Martha, 86, still lives in Julian today.

“We came back to West Virginia when I was about 10,” Dreama Green said. “There were four kids, and my baby brother was born in Chicago. I had an older brother and an older sister and then my baby brother.”

Green described her upbringing as healthy and typical for a family of the time.

“We were raised to worship God and we were raised in church,” she said. “I had a good upbringing and my life has been good. We lived in an apartment in Chicago and my mother was concerned for our safety at times. That is eventually why we moved back to West Virginia.”

After high school graduation, the Greens married in August 1979. Together, they have two adult sons — Jeremy (Maylinda) who makes his home in North Carolina and Matthew (Amanda) in England. Doug Green also has a son, Derrick Massey (Tiffany), who lives in Hewett.

Green said she sees Matthew’s family, including her grandchildren Parker and Hudson, at least once per year — but COVID-19 has made traveling by air difficult.

“When I first learned that I had a lump in my breast last year, I told my doctor that before I had anything done that I had a trip planned in August to see my grandsons and I wanted to make that trip,” she said.

Green said it wasn’t easy making that trip to see her son’s family, knowing that when she returned she would have to undergo more tests and likely surgery.

“I was so anxious to see them,” she said. “I had a biopsy before we left and in July I didn’t have cancer. The doctor told me to go ahead and have a good time. It took a lot off of my mind while I was there and I focused on family. What was a bit distracting was that I felt like I could feel the lump growing the entire time. I tried to keep it to myself. I tried not to dwell on it, but I talked to my husband and my daughter-in-law.”

After returning stateside, she had a lumpectomy on Sept. 12. Her doctor told her the tumor was larger than he initially thought, but they would ultimately have to wait on the pathology report before taking a course of action.

She had a follow up appointment set for Oct. 9; but she received a call on Oct. 7.

“When they called me early, I just knew,” she said. “They asked me to come in early. From the very beginning, I felt like it was cancer. It was HER-2 invasive ductal carcinoma.”

HER2-positive breast cancer is a breast cancer that tests positive for a protein called human epidermal growth factor receptor 2 (HER2).

Green said her church family at Bible Baptist in Danville stepped up to support her.

“My husband never let me go to a treatment alone and never left my side,” she said. “I have friends and neighbors who brought food. They were so good to me.”

She said the local Julia Price Breast Cancer Foundation also reached out shortly after her diagnosis.

“I spend time taking care of my mom and I was there and they sent me flowers,” she said. “I didn’t even know that they knew about me. They sent me (gift)cards for gas to help with all of the driving to Charleston. It was amazing how good they’ve been to me. They do really good work.”

Green has had her surgery and her treatments through Thomas Memorial Hospital in South Charleston.

In October 2019, she met her oncologist and learned that she was in late second stage or early third stage cancer. After a series of scans, she learned she would need a port installed and she would have chemotherapy, a mastectomy and possibly radiation.

“We found out later on that it affected at least three of my lymph nodes,” she said. “I always try to look at things as the Lord’s will, but when a woman has to have this procedure it really hits home. It was very hard and I had to lean on the Lord.”

She added, “When cancer hits you, you find yourself in an emotional tailspin. You are fed so much information and you have so much preparation and testing to go through, in can be nearly overwhelming. If you don’t have someone to lean on, it can be overwhelming.”

Following surgery, she has had frequent immunotherapy treatments, scans and heart-related tests.

Today, she feels she has turned the corner in relation to her health.

“One doctor had mentioned that with the mastectomy, I may not have to have the radiation treatments, but I did and that was a little bit of a shock,” she said. “I’ve had one reconstruction surgery done and I am taking it one day at a time — and once in a while the thought enters your head that it could be somewhere else, but I know God will take care of me, regardless of what may come in the future, just like He has now, so it will be fine.”

Green said she feels like she’s at about 85% of her former self and she hopes to continue that upward trajectory. If she were to offer advice to another woman who has recently been diagnosed with breast cancer, her message would be clear.

“No. 1, never miss a mammogram. If you feel anything at all out of the ordinary, don’t hesitate to go get it checked,” she said. “Get emotional support and take it one day at a time. If you stay focused on the day ahead of you, you’ll find yourself moving forward. I could not have made it without my faith. I continue to lean on my faith.”

She concluded, “Having my husband, sons, grandsons and my daughters-in-law praying for me meant so much. I’ve been continually blessed.”