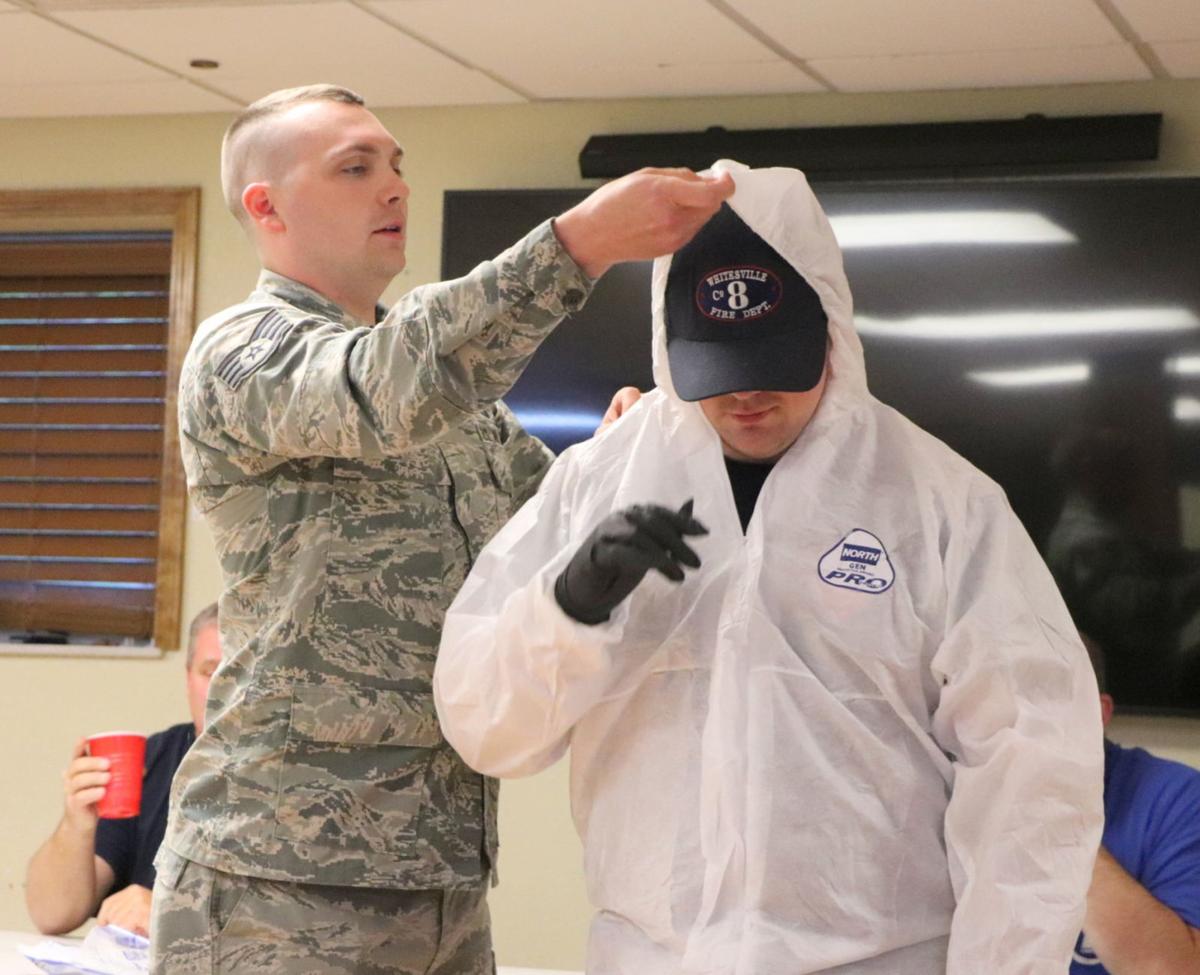 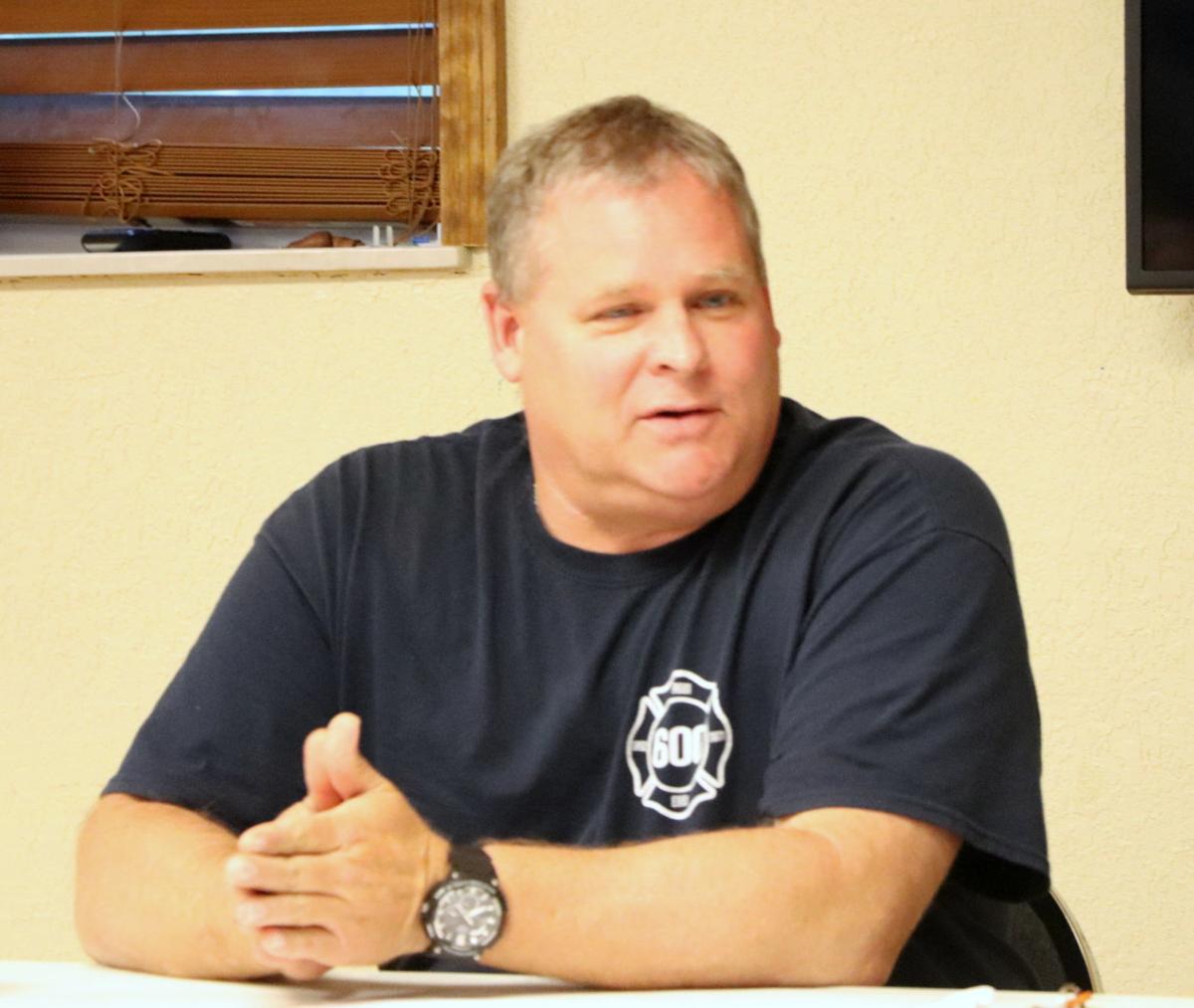 DANVILLE — A collective group of firefighters and associated professionals met on May 12 at the Danville Volunteer Fire Department facility to discuss Boone County Firefighters Association business, which included the importance of the upcoming levee that will be on the ballot in the primary election on June 9.

Representatives from Whitesville to Morrisvale with all points in between attended the monthly meeting.

“We are at a very crucial time right now,” said retired Morrisvale Fire Chief Doug Estep. “Today, we are expected to do more with less every day and it is getting harder and harder to keep up. This concerns me for the citizens of this county and the future generations to come.”

Estep’s thoughts spawned an open conversation regarding the struggles of rural departments like those perched in the towns around Boone County. With a levy that stands at approximately 50 percent of what it was in 2014 and the cost of operations escalating over time like any other industry, the volunteers who respond to the calls are finding it harder to make ends meet.

Counties like Mercer, Putnam, Hampshire, Berkeley and a host of others have received additional funding beyond the levy via county fire fees, which are imposed pursuant to West Virginia Code § 7-17-1.

According to leaders in the eight county departments, firefighters have seen progressively less funding via federal grants for related equipment over the last two decades — equipment that must be updated to meet regulatory benchmarks.

“Our county is essentially broke and people are struggling to make ends meet because the jobs are gone,” Estep said. “We are still in better shape than a few counties in the state, but we are falling fast — really fast.”

It is worthy of noting that, despite funding struggles, Boone County fire departments have at least a 5 ISO rating, which heavily affects homeowner insurance premiums across the county. The scale runs 1-10, with a 1 rating being the ultimate goal.

“Those good ratings across the county and the savings that it provides property owners is one of the ways we give back to the taxpayer through doing everything we can to be efficient and run quality departments,” said Jason Estep, a Morrisvale-area firefighter who also teaches courses related to the industry.

“It is going to be up to each individual department to purchase this stuff (equipment),” he said. “The time will come when volunteer services will be really challenged in this county and we’re actually there right now. We have to do more with less and that is what we’ve been doing since 2015.”

Jason Estep added, “We’re a volunteer agency but when people don’t know who to call, we get the call. A snake inside someone’s house isn’t going to get a policeman there, it will be the fire department. The public has come to expect that and in many situations, the public expects that and we are proud of that. We want the public to feel that way about us. We are the street department and until EMS arrives, we can be that, too.”

The discussion turned to the cost of staying in business through meeting regulations and the cost for a beginning firefighter’s required 120 hours of training.

“Just to remain functioning, it’s many hours of training and mandates that you have to meet,” Jason Estep said. “All of your equipment has to be tested as a department and then make sure that CPR cards are current and it goes on and on. These things cost money and as time goes on, we have less money to work with, but the cost of operating increases. At some point, it becomes too much and we’re getting there quickly.”

Howell added, “There is always something that has to be purchased to stay compliant. If our levy money gets down to $75,000 per year, that is the absolute baseline for running your department every year and that is without replacing anything. It would take the entire levy just to sustain what you have and pray nothing breaks or ages out and has to be replaced to meet compliancy.”

Boone County Emergency Management Agency/911 Director Michael Mahorn noted that, while technology has made the work of the departments more accurate, efficient and less time consuming for volunteers, there is a cost to the digital access.

“Technology allows us to provide better service and be more efficient, but it comes with a cost,” said Aaron Dickerson, a systems administrator at Wharton-Barrett Volunteer Fire Department. “After a few years that equipment or software must be replaced or upgraded to be utilized just like a computer or a phone.”

Whitesville Fire Chief Matt Lively could not attend the meeting, but he said via a phone interview that there are many elements of what the fire departments provide the communities they serve that may go unnoticed.

“Boone County has been a really good example of what a long-lasting levy that has been successful and done good things can do for communities,” he said. “This levy is crucial because population and tax base has declined while standards at the state and national level have increased on volunteers. The required training in most aspects has more than doubled and the required state testing every four years comes with an increased cost.”

He continued, “Within 10 years, most of the equipment has doubled in cost. We are required to accomplish all of these things at a much less revenue source than we once did. I’m thankful that around the county, we’ve been resourceful and made every dollar count, in my opinion. That is something to be proud of.”