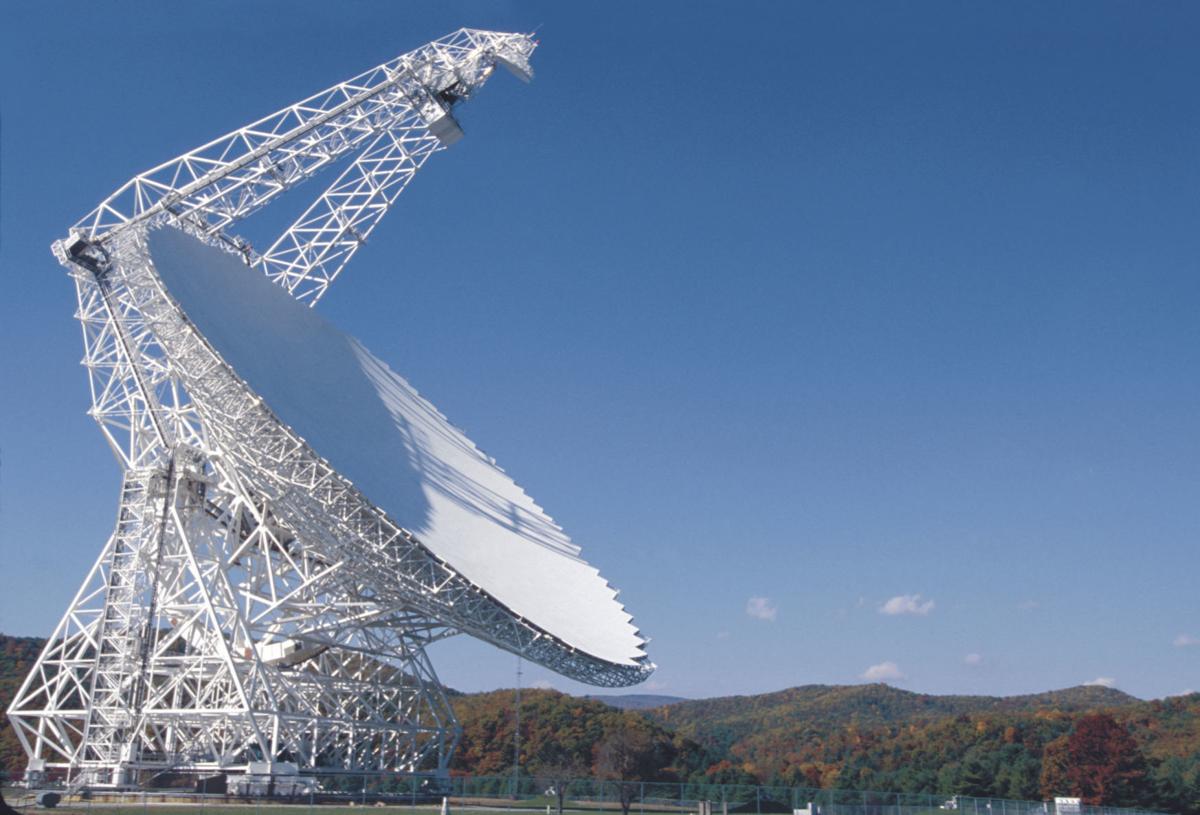 The Green Bank Telescope in West Virginia is the world’s largest fully steerable radio telescope. This telescope is being equipped with a new planetary radar transmitter for studying objects in the solar system. 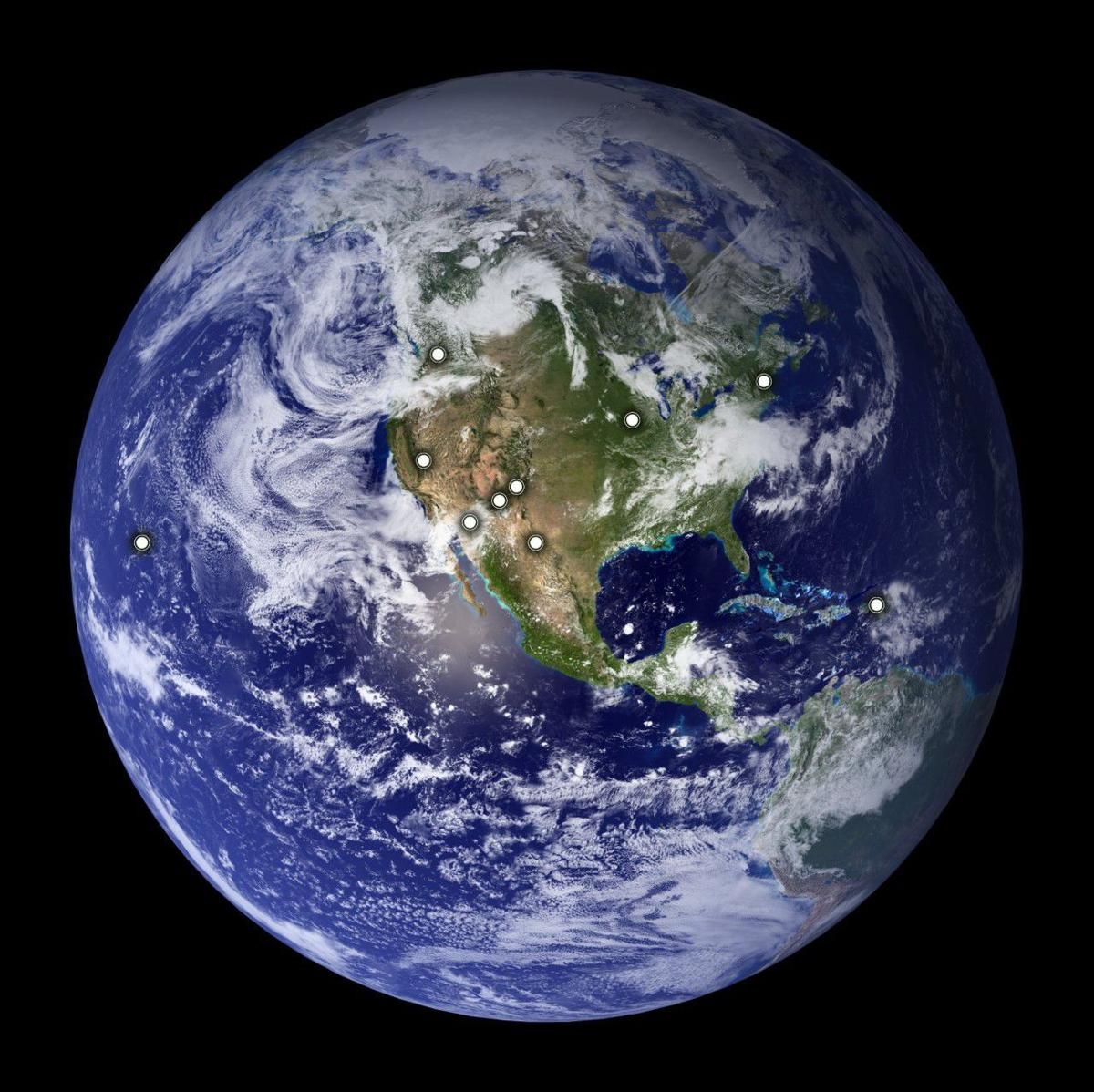 Antenna locations of the continent-wide Very Long Baseline Array are shown. These antennas will serve as the receiving sites for the reflected radar signal from the Green Bank Telescope.

The Green Bank Telescope in West Virginia is the world’s largest fully steerable radio telescope. This telescope is being equipped with a new planetary radar transmitter for studying objects in the solar system.

Antenna locations of the continent-wide Very Long Baseline Array are shown. These antennas will serve as the receiving sites for the reflected radar signal from the Green Bank Telescope.

Results of the test were announced last week by the Green Bank Observatory and its project partners, the Raytheon Co. and the National Radio Astronomy Observatory.

The test involved sending precisely aimed signals from a radar transmitter developed by Raytheon and installed on the Green Bank Telescope — the world’s largest fully steerable radio telescope — to the landing site of NASA’s Apollo 15 mission to the moon in 1971. There, radar images produced by the Green Bank Telescope were received by the NRAO’s Very Long Baseline Array, a network of 10 25-meter dishes stretching from New Hampshire to Hawaii but operating as a single unit.

The image produced in the test showed features in the vicinity of the lunar landing site. One such feature, the Hadley Rille, a deep, rocky canyon believed to have once been a lava tube, appeared in detail not seen since astronauts David Scott and James Irwin drove their lunar roving vehicle to its rim and took photos 50 years ago.

When the project was announced last March, its eventual use was described as detecting and characterizing near-Earth asteroids large enough to potentially cause significant damage to the planet.

The system used in the test would “bring new capabilities to the astronomical community to solve problems like these,” Morris said in a news release announcing the project.

Now that the system has successfully been tested, “a whole new range of capabilities for both NRAO and the Green Bank Observatory” has been opened, according to NRAO Director Tony Beasley.

“We’ve participated before in important radar studies of the solar system,” Beasley said in a release announcing the successful test outcome. “But turning the GBT into a steerable planetary radar transmitter will greatly expand our ability to pursue intriguing new lines of research.”

Plans now call for installing a high-power, 500-kilowatt radar system on the GBT, making possible high-definition images from points as distant as the orbits of Uranus and Neptune.

The additional power is expected to enhance the detection and imaging of small objects passing by Earth, as well as moons orbiting around other planets and other debris in the solar system.

“The planned system will be a leap forward in radar science, allowing access to never-before-seen features of the solar system from right here on Earth,” said Karen O’Neil, the Green Bank Observatory’s site director.