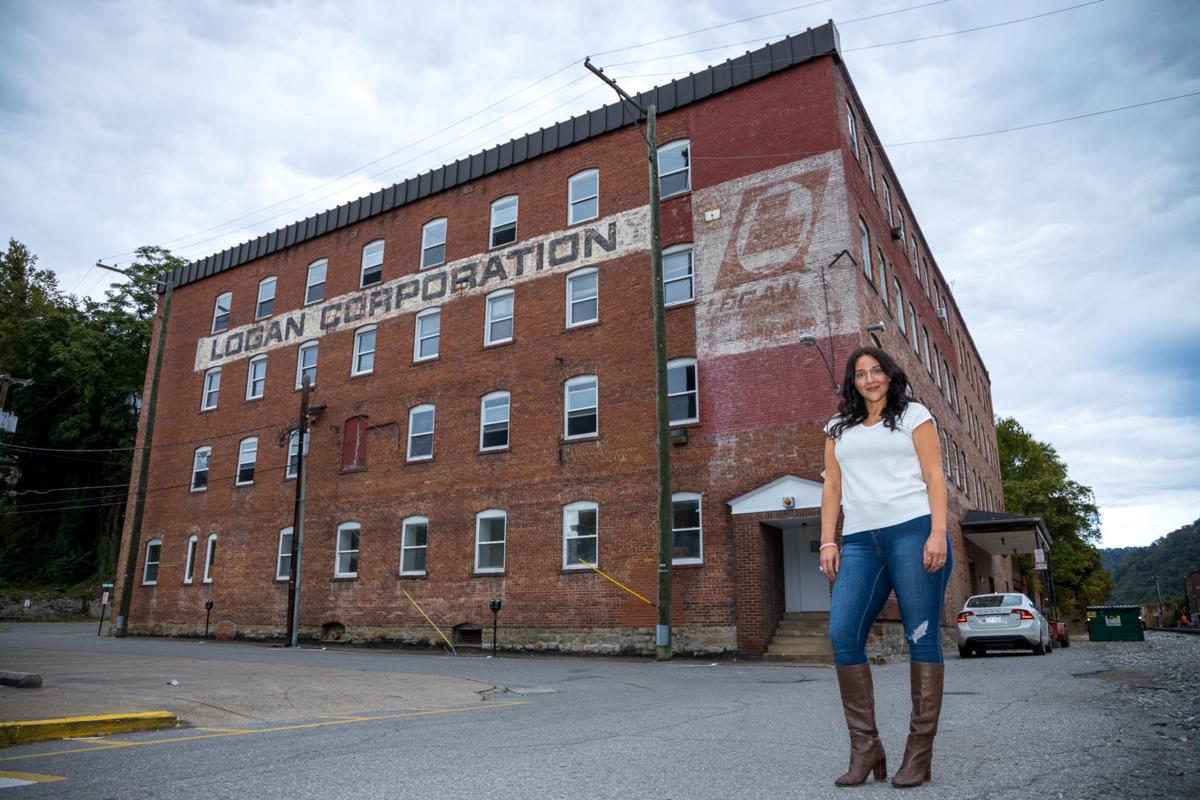 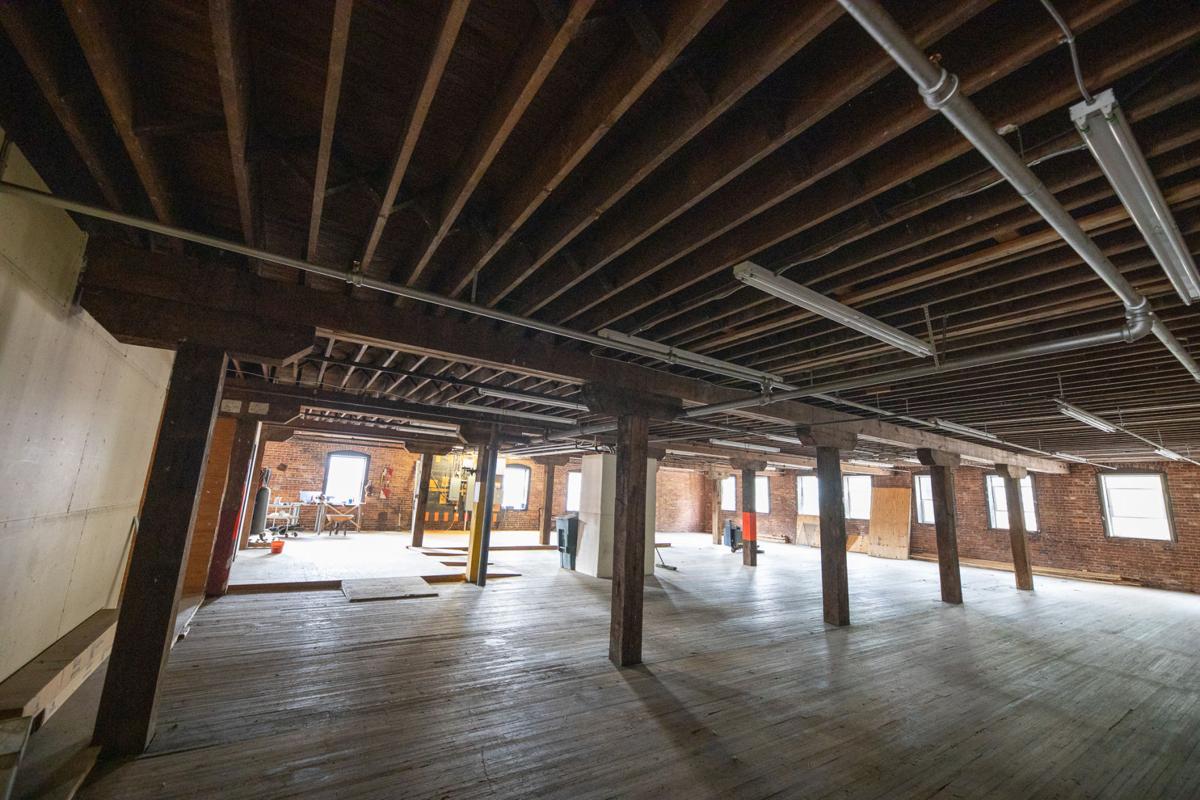 The second floor of the historic Logan Corporation building is being repurposed for a 5,000-square-foot bar and event center. 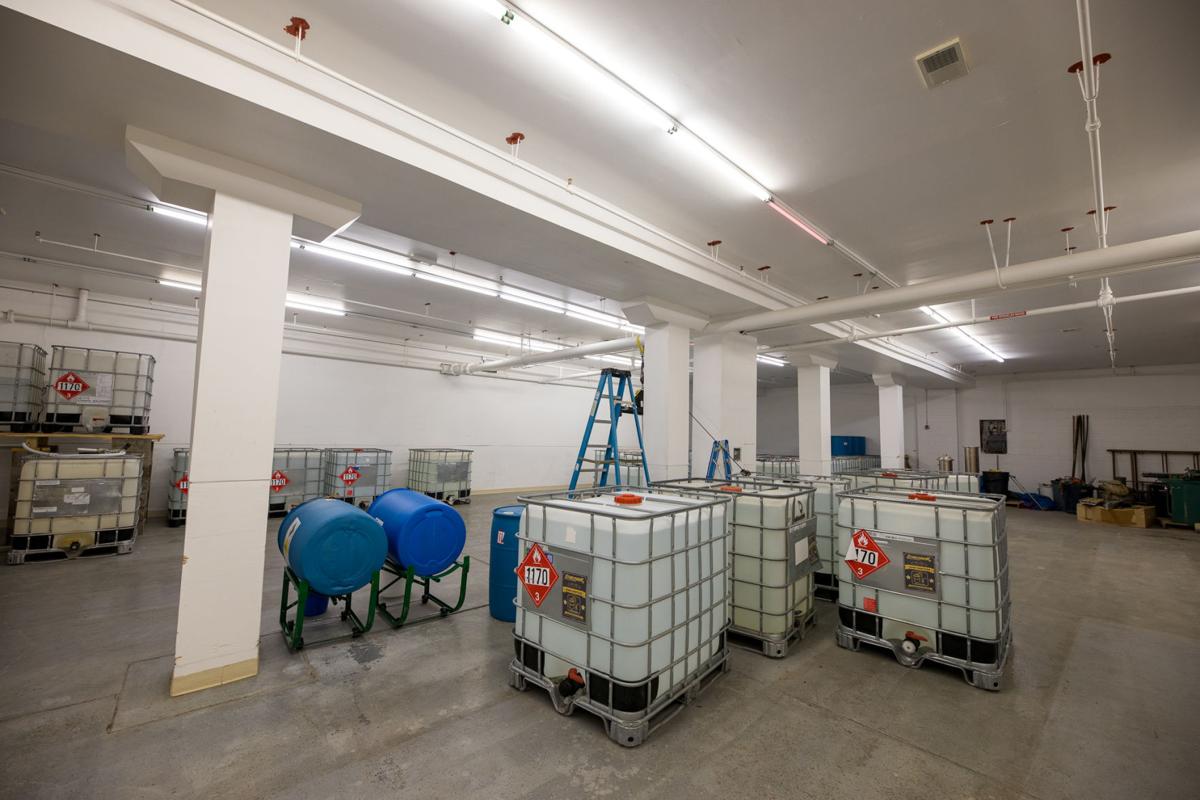 A distillery is already operational inside the Logan Corporation building and has been used to manufacture sanitization products during the COVID-19 pandemic. 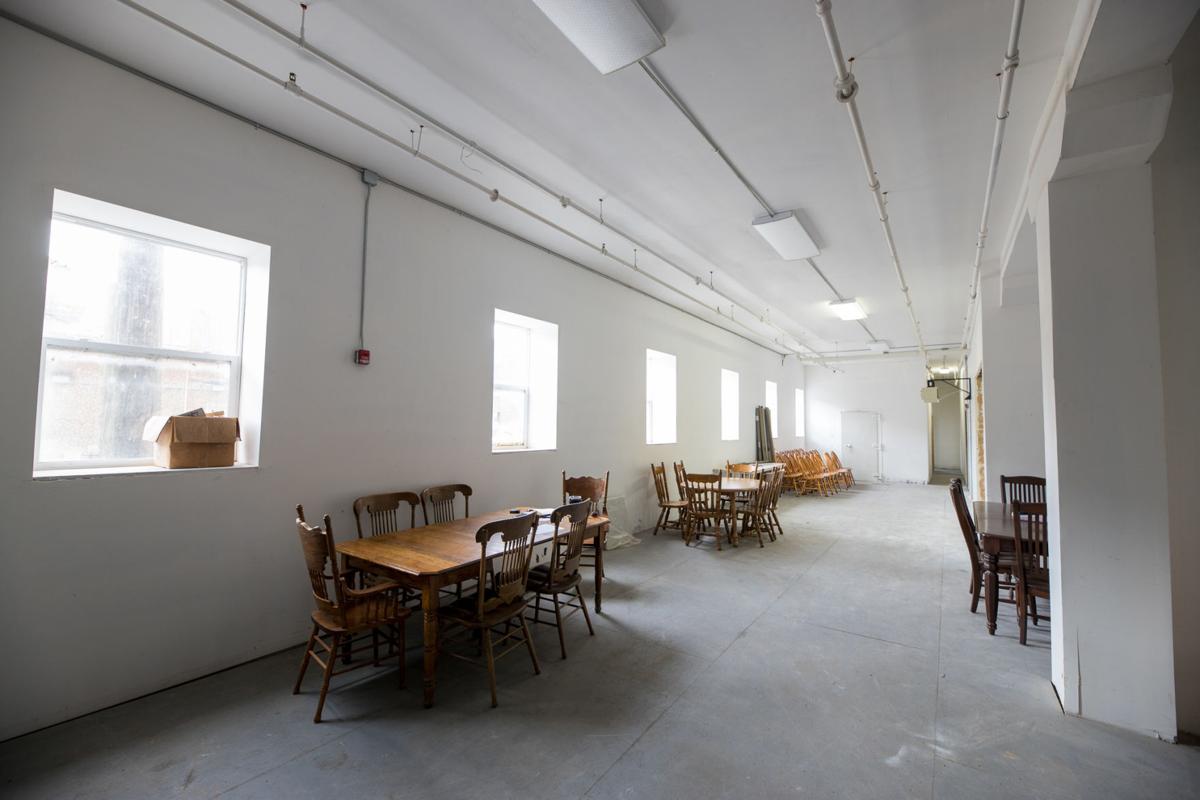 Once it is fully remodeled, the first floor of the Logan Corporation building will include a restaurant called The Local with Appalachian cuisine and church pew seating. 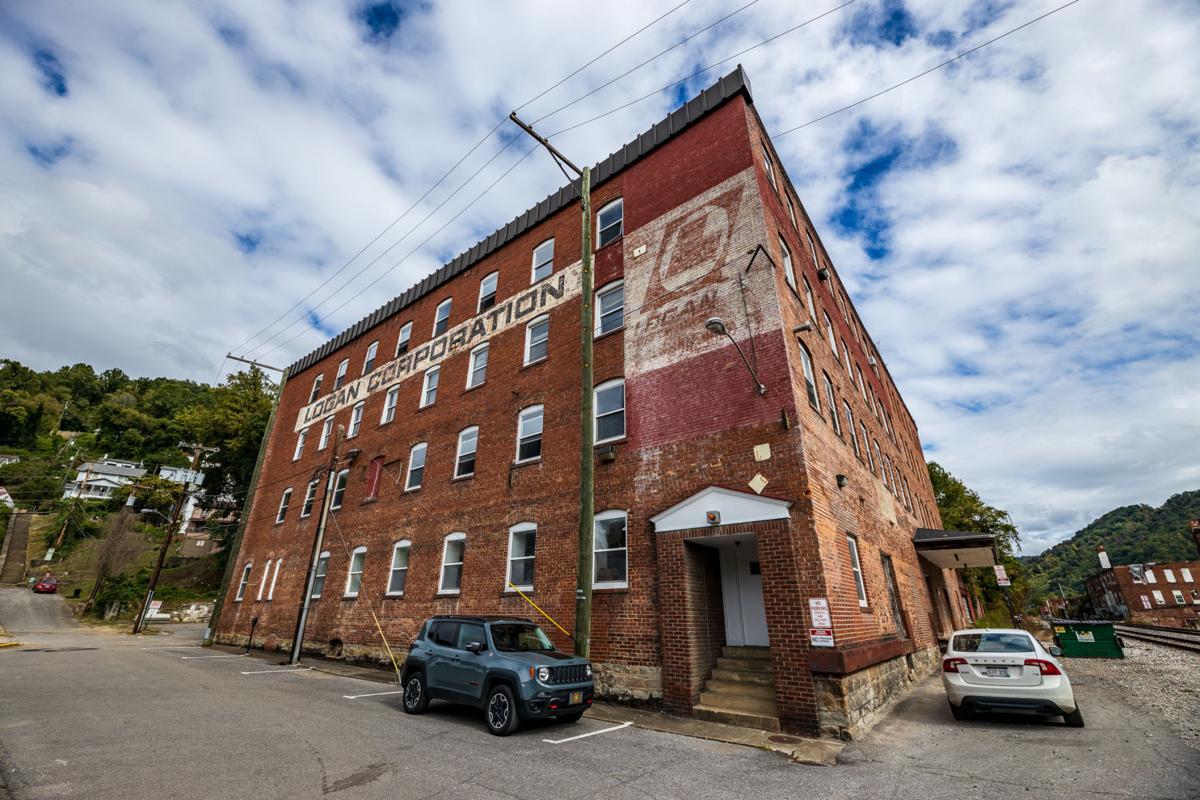 The historic Logan Corporation building at 405 Railroad Ave., in Logan is being redeveloped for a multifunctioning tourist destination.

The second floor of the historic Logan Corporation building is being repurposed for a 5,000-square-foot bar and event center.

A distillery is already operational inside the Logan Corporation building and has been used to manufacture sanitization products during the COVID-19 pandemic.

Once it is fully remodeled, the first floor of the Logan Corporation building will include a restaurant called The Local with Appalachian cuisine and church pew seating.

The historic Logan Corporation building at 405 Railroad Ave., in Logan is being redeveloped for a multifunctioning tourist destination.

LOGAN — As the local economy transitions even further into tourism, a four-story building in Logan that’s more than a century old is set to be repurposed for an Appalachian-themed restaurant, bar, event center, distillery, lodging and more.

Those are the plans for the Logan Corporation building at 405 Railroad Ave., in Logan over the next 18 to 24 months, according to Courtney Quick, a managing partner of Authentic Hatfield & McCoy Family Development LLC. Built sometime before 1912, the building was originally home to Logan Hardware and Supply, which changed its name to Logan Corporation, which is still painted on the front of the building.

Logan Corporation operated for decades until it was bought by Logan General Hospital — later Logan Regional Medical Center — who used it for storing miscellaneous supplies.

Quick and her managing partners bought the building from LRMC in March 2020. So far, all flooring has been stripped to expose original wood, and all four floors have undergone a complete demolition. The rebuilding process has already begun.

The vision is ambitious, as Quick and her partners hope to create a multifaceted development to give another shot in the arm for the local tourism economy.

The first floor of the building will feature a family-style restaurant that includes local Appalachian cuisine and church pew seating. It will include a breakfast, lunch and dinner menu, as well as catering services. Quick wants to allow the public to rate the cuisine and possibly even add to the menu.

On the opposite end of the first floor is a multifunctioning distillery, which is already operational and being used to create sanitization products that Quick says have been shipped to 12 states and school districts in Kentucky. The distillery has partnered with StarmanRx Survival Essentials to make FDA-registered hand sanitizer and sanitation mists to be used in the fight against COVID-19.

Once the entire development is up and running, the distillery will be used to create Appalachian alcohol products like bourbons and whiskeys, which will take two to three years to reach market because they are slower-aged products. Quick says the distillery will not be focused on moonshine because they want to get into darker alcohol products instead.

As with the restaurant, Quick hopes to purchase all locally produced ingredients to make these drinks.

The second floor will include a 5,000-square-foot bar and a 5,000-square-foot event center for events such as wedding receptions and reunions. The event center will be separate from the bar so it does not have to be alcohol friendly. To hold true to the historical integrity of the building, all original flooring and exposed bricks will be part of the design.

The third and fourth floors will be converted into 16 luxury rental suites for tourists on the Hatfield-McCoy Trail System. Each suite will be themed differently to local history, such as the Hatfield and McCoys, the Logan Wildcats and possibly even a Mamie Thurman themed room. A privately held museum of historical items is also planned.

The fourth floor also includes an original, fully operating dumbwaiter that visitors will be able to use. Additionally, a new dumbwaiter is being custom-built to deliver meals from the first floor to the second floor.

Finally, the back yard will feature around 175 feet of murals and an open parking lot that trail riders can use to park their ATVs and UTVs. It will also include an outside sitting area.

Without naming a figure, Quick said the cost of the remodel project will be “substantial,” but will likely not be in the millions because of materials being reused and repurposed. Quick said she chose the building because she wanted an older structure that already feeds into local history and heritage.

Quick says she hopes the development will inspire others to forge similar projects in the area to spark more growth.

“That’s what sparked this entire thing is that we understand that if we build it, and other people see that it’s possible to take something that wasn’t beautiful — this building, you know, like very warehouse-esque — and turn it into something through rehabilitation that was capable of creating new growth, that’s what we wanted to do,” Quick said.

When the building becomes fully operational in the planned 18- to 24-month timespan, Quick says it will employ around 50 people between the distillery manufacturing, restaurant, event center and rental suites. She hopes to employ around 25 people in the next 18 months and hit the 50 mark in the first two years.

“Once we get there, we want to expand, because we want to continue to bring jobs that help you sustain a local lifestyle,” Quick said. “And if we can create those jobs, then we’re helping the community, and the community being our patrons helps us.”