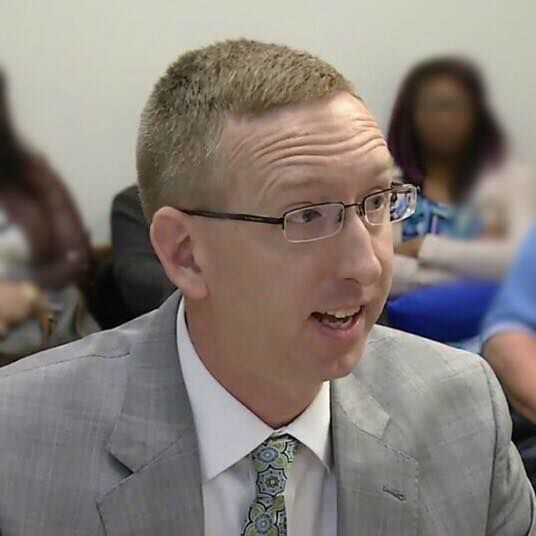 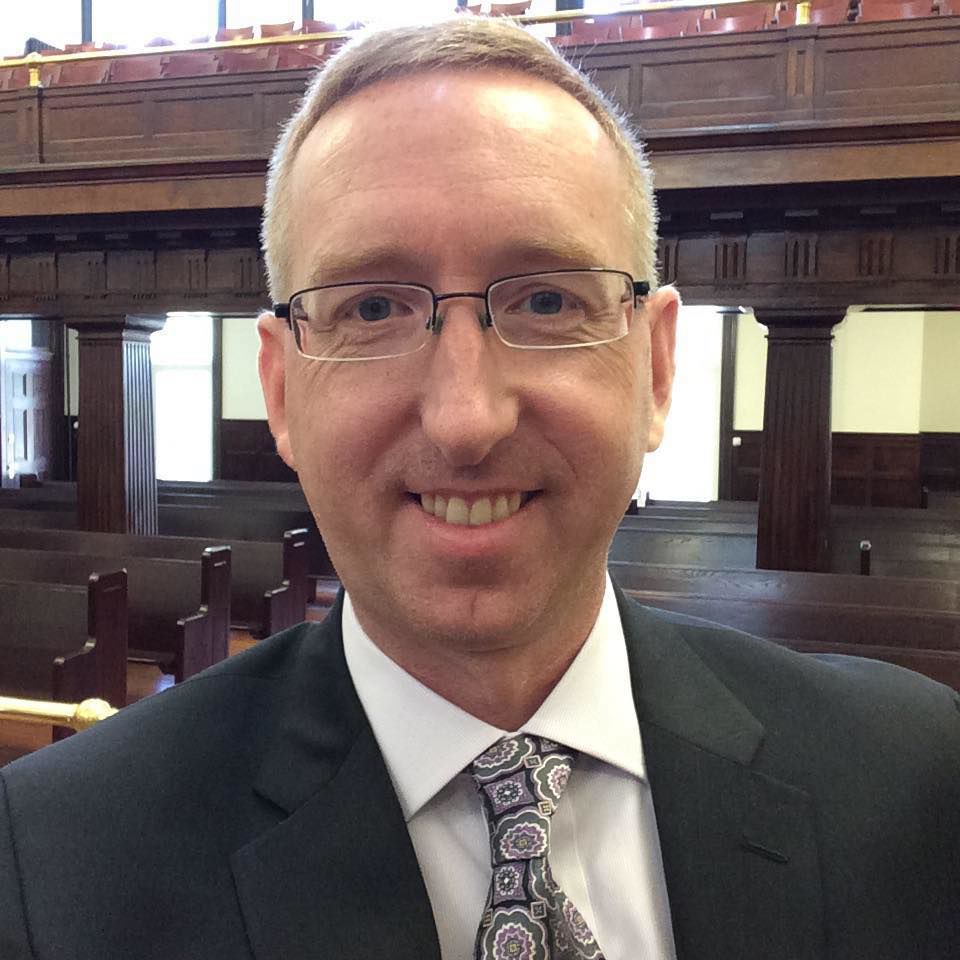 BOONE COUNTY — Attorney Dan Holstein (D) believes his work ethic and creativity would make him an asset to Boone County if he were elected to the seat of Prosecuting Attorney.

“No one will ever outwork me,” he said. “As Prosecutor, I’d do more with less resources and get results.”

Holstein, an engaging individual with a high-energy demeanor, faces incumbent Keith Randolph (D) in the primary election in May before a tilt with Donna Taylor (R) in the general election in November.

Holstein, 49, who can be found working in Boone County courts today, served as the county’s assistant prosecutor under Sam Hall earlier in his career.

Like Randolph, who lives in Kanawha County, Holstein makes his home in Putnam County, where his daughter Hannah, 16, is in high school and his son, Jarad, 18, recently signed on with the U.S. Navy.

“I’m a proud parent,” he said. “My kids have given me so much. I enjoy being a father and I enjoy watching them achieve their goals. I’m a very lucky and blessed individual.”

The candidate is the son of Eugene and Janice Holstein; his father was a letter carrier for the U.S. Postal Service.

“My dad taught me the value of hard work through chores around the house like cutting wood and mowing grass,” Holstein said. “We had a wood-burning stove that was the source of heat for our home. My dad and I would split wood and it taught me the value a hard day’s work.”

Holstein had two younger sisters and the family made their home in St. Albans.

From first grade through high school, he attended and graduated from Teays Valley Christian School while working in a grocery store, cutting grass and delivering newspapers.

“I can’t say that I always wanted to be a lawyer and I really wasn’t sure what I wanted to do,” he said.

Holstein earned his bachelors degree in political science from the University of Charleston in 1992 and went on to the West Virginia University College of Law.

Divorced today, Holstein married the eventual mother of his children in his last year of law school.

Today, Holstein shares office space in South Charleston but primarily runs his business out of his home. He likes the simplicity and convenience of it and he saves a tremendous amount of money in unneeded overhead expenses.

“It works well for me,” he said. “I lived in Putnam County when I worked in Boone County all those years ago, so I am very familiar with that drive and it was never a problem; in fact, I enjoyed it.”

Holstein said an important part of his growth as an attorney happened early — in fact, it was in his second year of law school when the Kanawha County Prosecutor’s Office accepted him as an intern.

“I loved it and they invited me to come back full-time when I was through with school and I took the opportunity,” he said.

He spent five years under then-Prosecutor Bill Forbes, whose stint in that position saw a focus on violent crime and political corruption, based on court records of that era.

“I started out doing juvenile delinquency work, which is a good place to start because you are in front of circuit judges and you process cases the way you would in felony work,” he said. “Then I represented CPS in child abuse and neglect cases.”

After a brief stint working in the legal department for an insurance company, Holstein found his way back into private practice and then prosecution when he found his way to Boone County under Prosecutor Sam Hall from 2002-07.

Then he returned to Kanawha County under then-Prosecutor Mark Plants. He supervised the grand jury division, which included five lawyers, before advancing through the office to assume more responsibility.

“The goal was to get through a huge backlog of cases and we did that,” he said. “The amount of serious cases that go through Kanawha County is unreal. As far as experience in handling jury trials, murder cases — I can’t count them. I have a lot of experience. I have the most experience.”

Holstein dove back into private practice in 2015.

“I’ve done family court, car wrecks, criminal work but obviously you should stick with what you know best, so I’ve been doing a lot of criminal defense,” he said.

In terms of the needs for Boone County, Holstein said he’d like to take a different approach to the seat of prosecutor.

“My issue is that we need to know the case ahead of time before you indict it,” he said. “Then you indict it and you are ready for trial and you don’t put everybody on a rollercoaster ride. You don’t indict and then track everything down after the fact. That way, as soon as you indict, you are just about ready for trial. You can give that person a trial as soon as the defense reviews the evidence. For one, this saves on the jail bill, but it impacts people’s lives, which is the most important thing.”

He added, “You’re on the county jail bill until you are convicted,” he said. “Once you get convicted, you are now on the bill of the state. It is important that after you indict you are ready to go so that isn’t continued, then continued and continued again. They’re sitting in jail and the county is footing the bill. I think that the jail bill for Boone County could be cut by 25 percent by knowing your cases before you indict.”

“You call all of our agencies and you offer free training for their departments,” he said. “I’ve done this before and it is effective. The Law Enforcement Training Committee will approve these classes and we’ll teach complaint writing, search and seizure issues, taking statements and more. You get it approved so they will get their in-service training credits and I’ll bring in a prosecutor from another county and tap into all of the resources we have access to. These are the small things that you have to do to be efficient and being efficient saves money.”

Holstein said that ultimately, he would make himself available.

“I encourage our officers to call me anytime they’d have a question because dealing with these things up front, in real time, saves us resources and time later which again, harkens back to efficiency.”

The attorney spoke about the importance of Day Report services and that he is glad to see Boone County Commissioners commit to it for another year.

“If someone really needs to be in jail, stick it to them, get them on to prison so they can go on the state’s bill and there are people who need that,” he said. “There are also people who are great candidates for supervised release. It is so much cheaper than jail and you’re talking about changing people’s lives and that is where day report comes in. When you are in day report, you have someone that you are accountable to and we need this service.”

Holstein is a proponent for administrative forfeiture.

“This isn’t Charleston or Huntington,” he said. “Most of the people selling or running drugs in Boone County are small time. They aren’t walking around with rolls of cash, but let’s seize that; if it buys a new cruiser for the Sheriff’s Office or a few service revolvers each year, that would certainly help.”

In closing, Holstein wants voters to know he would run the office ethically, thoroughly and that his work ethic would not be eclipsed.

“I simply like to get things done and I feel like I have a lot to offer in that department,” he added. “Whatever the budget may be that I’m working with, I will maximize it, this I can promise.”