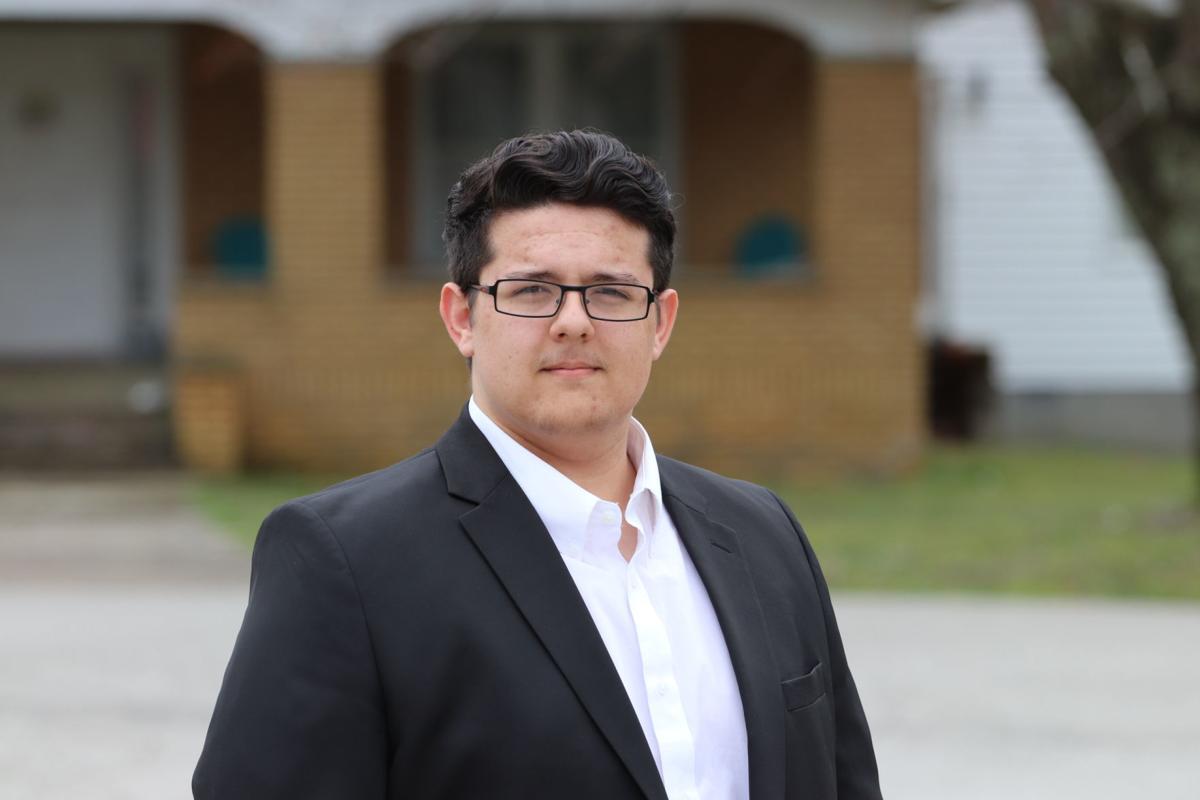 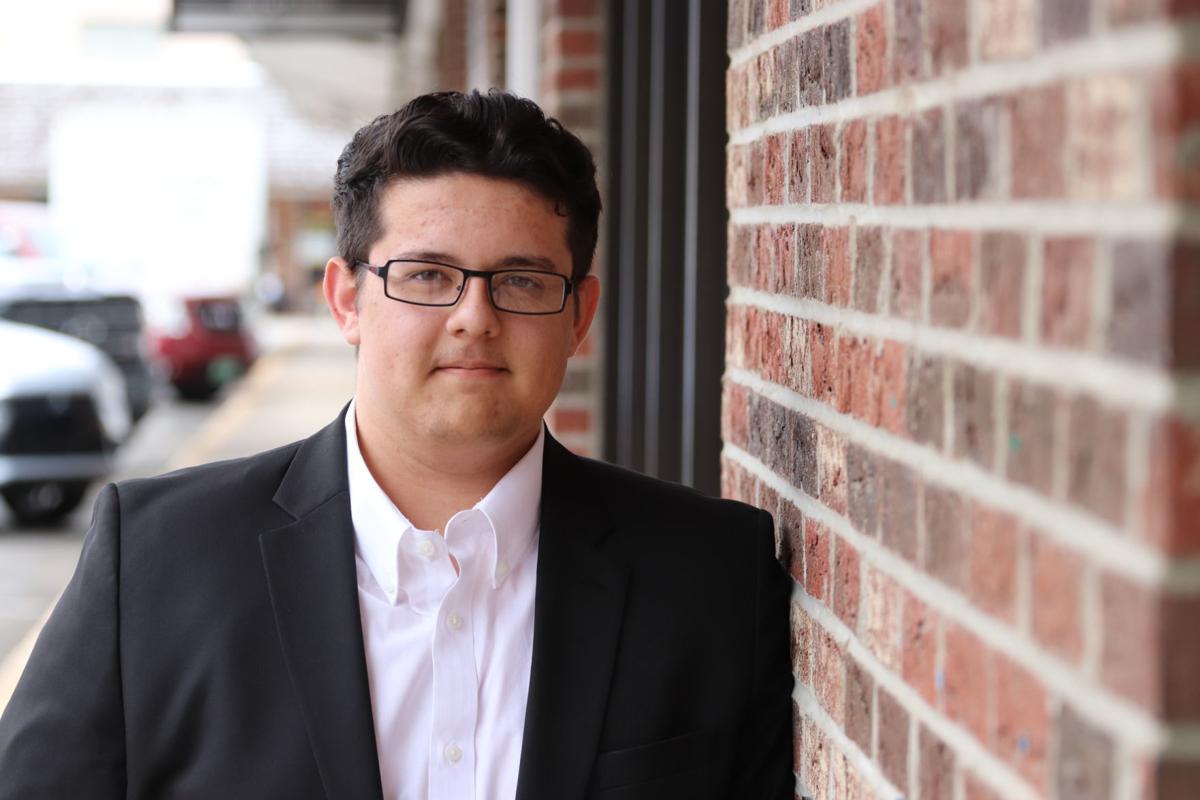 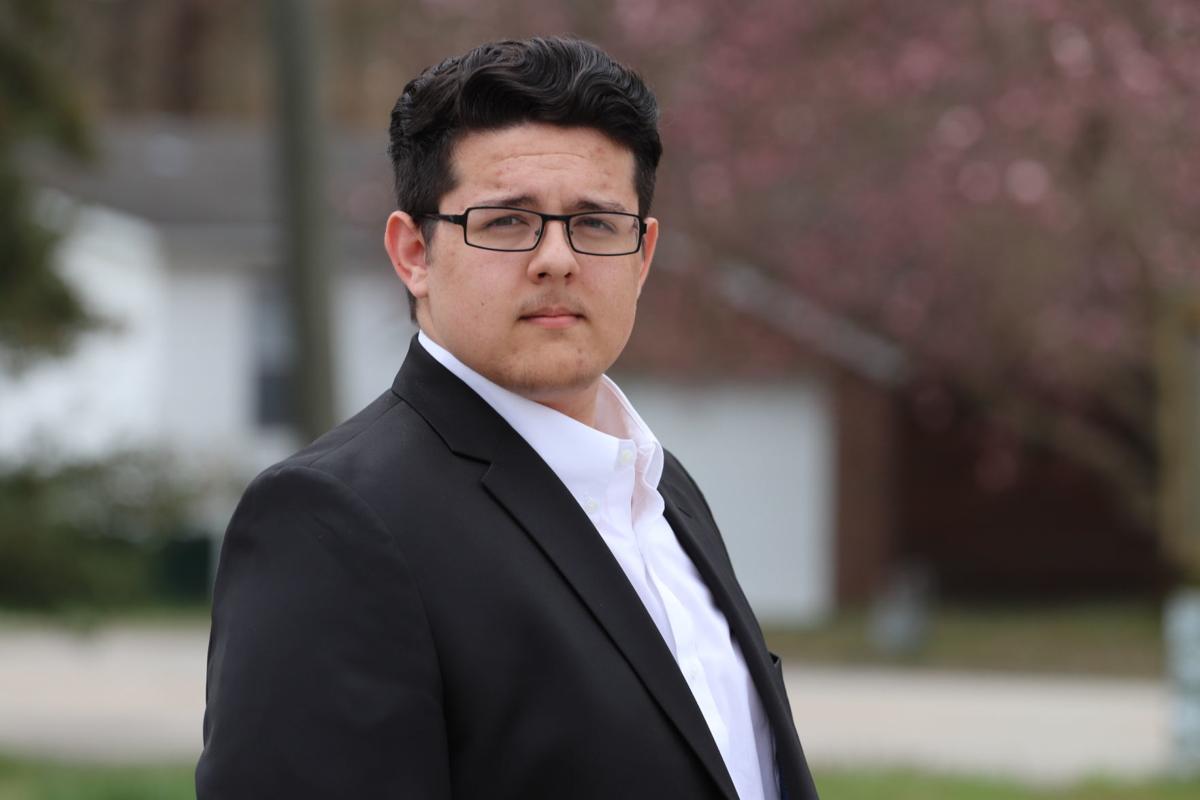 ASHFORD — Josh Holstein (R) said he believes he has something unique to bring to the table in the form of youthful energy and a desire to represent his constituents in District 23 with a conservative lead as he campaigns into the Primary Election in May, where he’ll face incumbent Del. Rodney Miller (D).

Holstein, 18, grew up at Ashford and is the son of Terry and Tonya Holstein.

“I come from a family of coal miners,” he said. “Every one of my uncles on my dad’s side were miners and my grandparents and great-grandparents on both sides.”

Holstein has a half-sister in South Carolina and an adopted younger brother at home who is 3 years old.

Holstein commutes to Marshall University, where he studies economics and finance. He attends Rumble Community Baptist Church and considers his church family to be an extension of his own. A musician, Holstein plays multiple instruments in the Gospel Messengers. He volunteers in the community, including projects with the BARN Community Center in Nellis.

“I’ve always had the desire to give back and I think it is important to do so if you are able,” he said. “So many people have been there for me growing up.”

Holstein is approachable, extends a hand for a firm shake and speaks intelligently about what he sees as the important issues facing his district, which includes all of Boone County.

The 2019 Sherman High graduate said he was inspired to run for office at a young age and that it was natural for him to take that leap now.

“Politics has always been a driving force for me,” he said. “I can remember being 6 or 7 years old and staying up late excited to see who would win. Of course, I didn’t completely understand the process at that age but it has been something that I’ve always felt compelled to do and pursue. I’ve worked on campaigns for local candidates and in 2018, I spent countless hours knocking on doors for (U.S. Congresswoman) Carol Miller and others.”

Holstein said that there was a deciding factor for him, which occurred in 2018.

“It was a single vote that inspired me,” he said. “It was Senate Joint Resolution 12, which was a constitutional amendment to the West Virginia State Constitution that said there is no constitutional right to an abortion and our current delegate (Rodney Miller) voted against that. For him to run on a pro-life platform and vote against that, this was the deciding factor for me.”

As a supporter of pro-life initiatives, Holstein explained his stance and expressed a desire for voters to clearly understand his platform on the matter.

“I understand that the debate around that is very personal to people,” he said. “Most people in this are pro-life with three exceptions which are incest, rape and life of the mother. I realize that this isn’t the biggest issue facing Boone County. My campaign is two-tiered. Our values are important and should be represented in the legislature and we need a strong leader to do that.”

Holstein touched on the amendment and why he spent time knocking on doors supporting it.

“The misconception was that it made abortion illegal in West Virginia,” he said. “It stopped the taxpayer funding of abortion in West Virginia. I’m not attacking Delegate Miller, but I think it is very important to point out our differences.”

Holstein said that, through his visits to homes around his district, he believes the drug crisis is at the forefront of the citizen’s concerns.

“We all have a family member who has suffered in the crisis,” he said. “One of the most effective ways of combating it that I have seen is through faith-based groups. I know the restrictions involved in getting funding for faith-based things, but there is a way to separate the two while joining them together, and I’ve been talking with delegates at the Capital about how to do this and it is something I’ll continue to work on.

“We have to secure funding so these people can advertise their groups. We have them around the county and I’ve seen tremendous success come out of those. From my perspective, we’re not making any headway at the state level as we’re arresting people and letting them go. You have to be tough on the dealers and it has to be personal to the users. You can’t talk to these people like they are dogs. You have to show them love, that is the only way to treat it.”

Holstein said he is in support of day report and drug court programs.

“I know they do good work and I’ve seen the results in people that I know personally that have struggled with addiction,” he said. “It takes programs like day report and support groups all working together to hold people up and help them recover.”

Holstein said the groups can hold secular meetings outside of the church environment.

“This way, they can secure funding for advertising and transportation for those who need it,” he said. “We’re not forcing religion upon them. If you can reach out to people and let them know that it is a support group, family — a loving thing. I think this is the only way to reach people. You can tell people that drugs are bad all you want, but once they’ve taken them and become physically dependent then you have another issue and they are hooked. We have to hit this from multiple angles. We need to foster love and support in our district.”

Holstein explained his strong desire to address the crumbling roads in his district. He said that it is one element of an outdated infrastructure — perhaps a key ingredient to cultivating economic growth.

“We absolutely have the worst roads, especially secondary roads,” he said. “One thing I’d like to see in the legislature is secondary legislation related to our roads. There is so much wasteful spending in this state. This ties in directly with economic development. We have to make our infrastructure much better or there will be no new business and there will be no tourism to speak of.”

The candidate also spoke on the lack of quality cell phone service and internet throughout District 23.

“Here we are in 2020 and I only have six minutes of cell service between (Danville) and Ashford,” he said. “This is just unacceptable. Go anywhere else and you’ll have service out in the middle of nowhere but not in Boone County. This has to be addressed now.”

Holstein said he feels that elected officials in Boone County have become complacent and comfortable and at times, haven’t been challenged or opposed — making them uninspired.

“They have been dependent on the fact that (voters) know their names, they are nice and that people are going to vote for them based on that,” he said. “When elected officials don’t feel threatened, they aren’t going to work very hard for the people. Just look around you, we have a lot of work to do. Fortunately, right now, we have people running for office that care, and I’m excited for the election.”

Holstein said he feels that being a fresh face in the political arena is a positive thing.

“I knocked on some doors in Foster and nearly all of the Democrats I talked to were more interested in change than they were my political affiliation,” he said.

The Ashford resident said that, with budget cuts within county government, he has concerns that the county can trim appropriately moving forward.

“We have to trim the fat and I think that everyone understands that,” he said. “We are looking at a much leaner county government. You can’t expect new revenue if you don’t have anything to get revenue from. This isn’t a problem that will be fixed with one vote or 10 votes. From a state perspective, I’d like to direct more money to this district at our infrastructure shortcomings and I believe in time, many of our other problems will fall to the side because we’ll see new business and healthier established business.”

Holstein doesn’t see the Rock Creek Development (former Hobet mine site) as a saving grace for the region or the county. He sees it as one spoke in a wheel.

“We always need to be looking at other things and I think that we can’t hang our hat on this development alone,” he said. “Rock Creek isn’t a short-term solution. We’re bleeding money and we are bleeding people in this county.”

U.S. Congresswoman Carol Miller (R) showed support for Holstein while attending and speaking at a fundraiser in Charleston. While Holstein’s campaign has touted an “endorsement” from Miller, the CVN has been unable to confirm that from Miller or her designated media-related contacts after multiple requests for confirmation.

“It means a lot getting her support,” said Holstein. “I feel like I’ve made a considerable amount of progress and every day I’m picking up new supporters. I’m very thankful to every voter who has taken the time to speak to me. I feel very fortunate to have this opportunity.”