Sign Up
Log In
Purchase a Subscription
You have permission to edit this article.
Edit
News & Features
COVID-19 Vaccine
Sports
Opinion
Obituaries
Photos
Contests
HD Media LLC
Share This
1 of 5 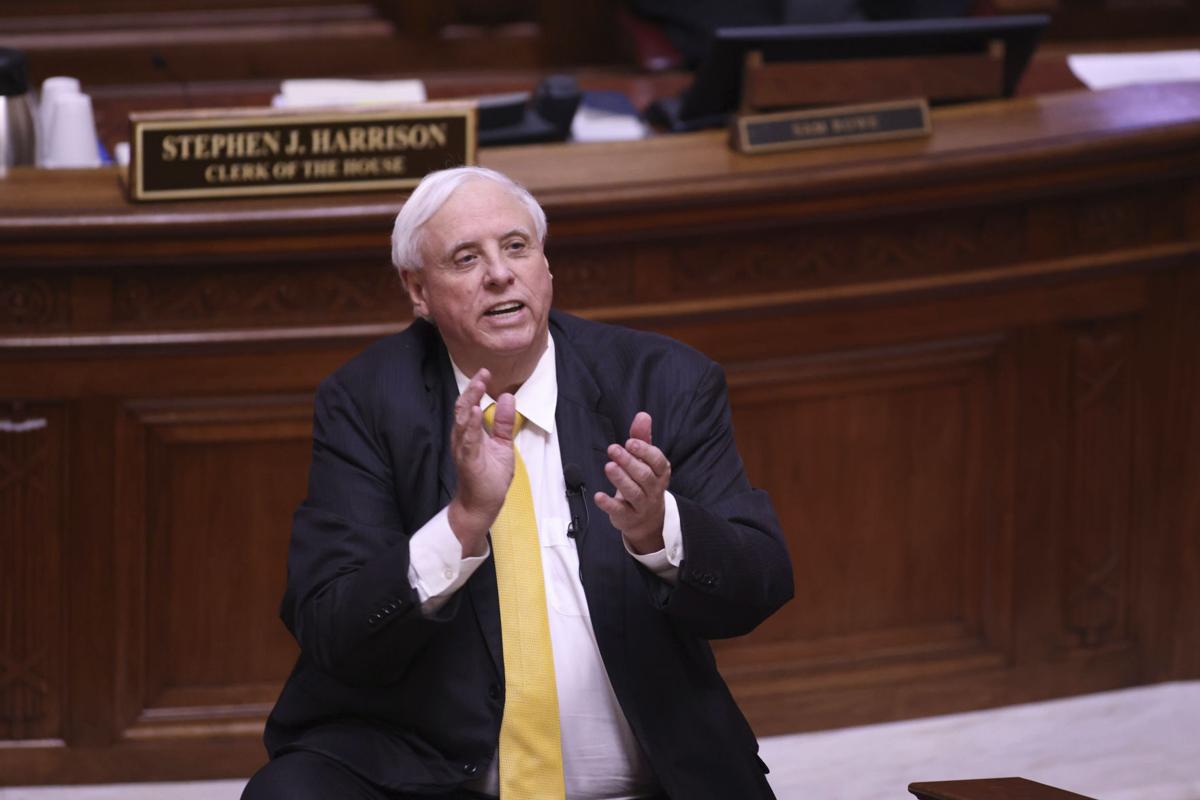 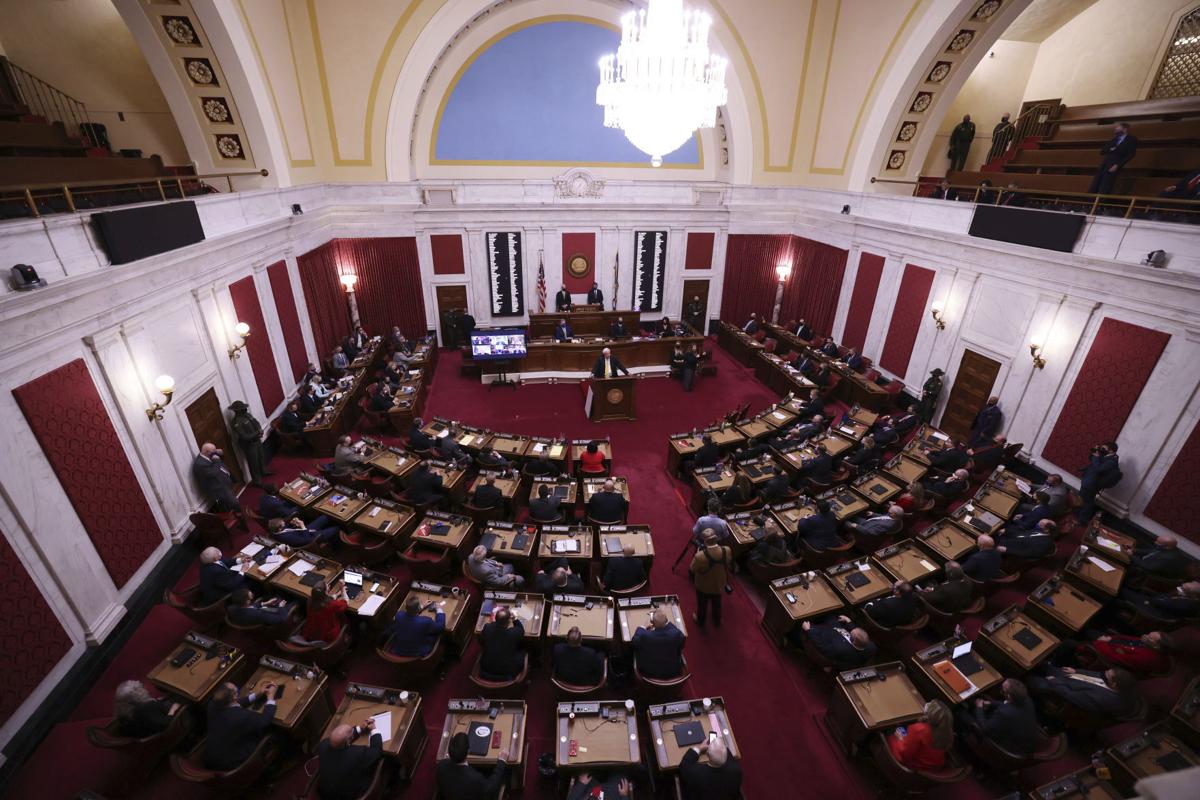 West Virginia Gov. Jim Justice speaks during the State of the State address in the House Chambers of the West Virginia State Capitol Building in Charleston on Feb. 10. 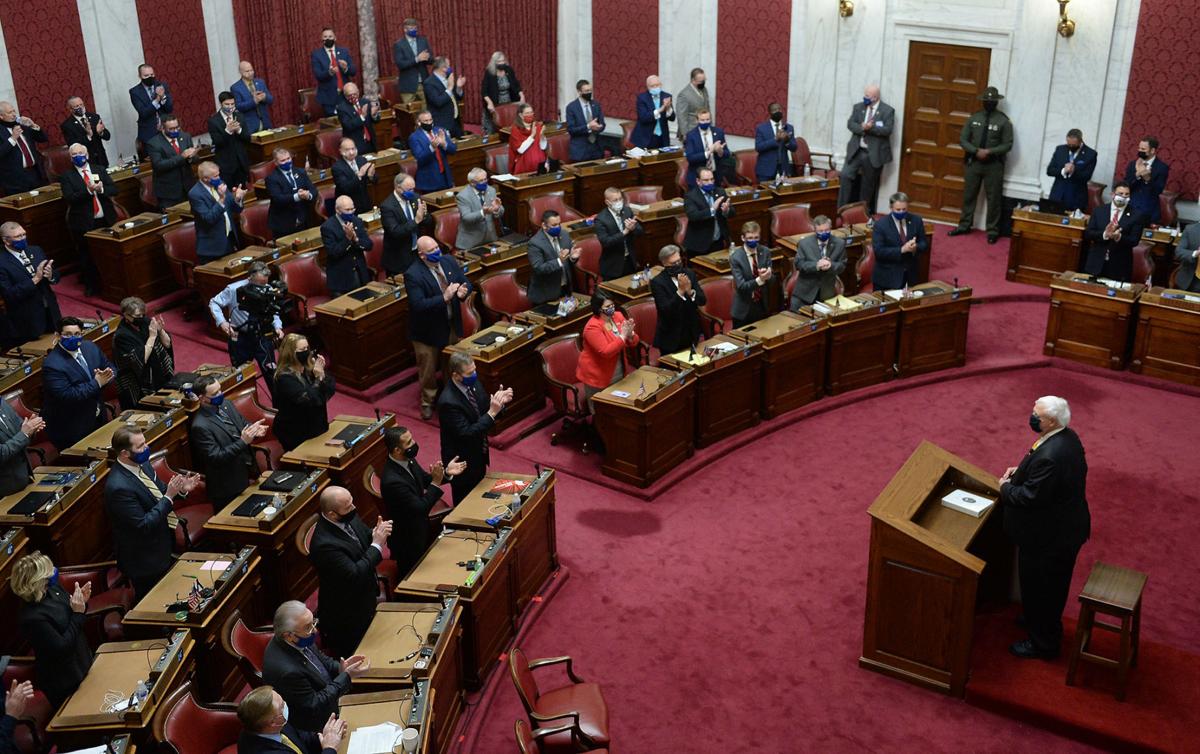 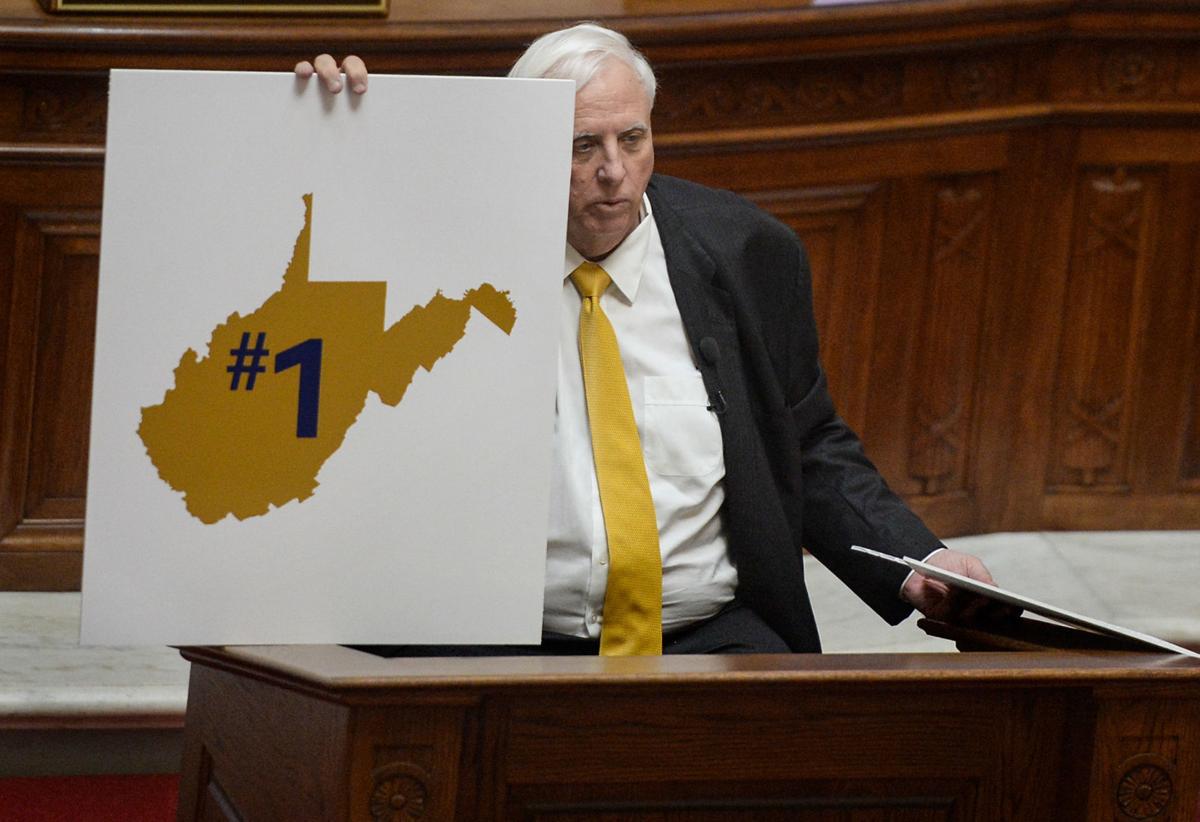 West Virginia Gov. Jim Justice gives his State of the State address in the House of Delegates Chambers on Feb. 10. 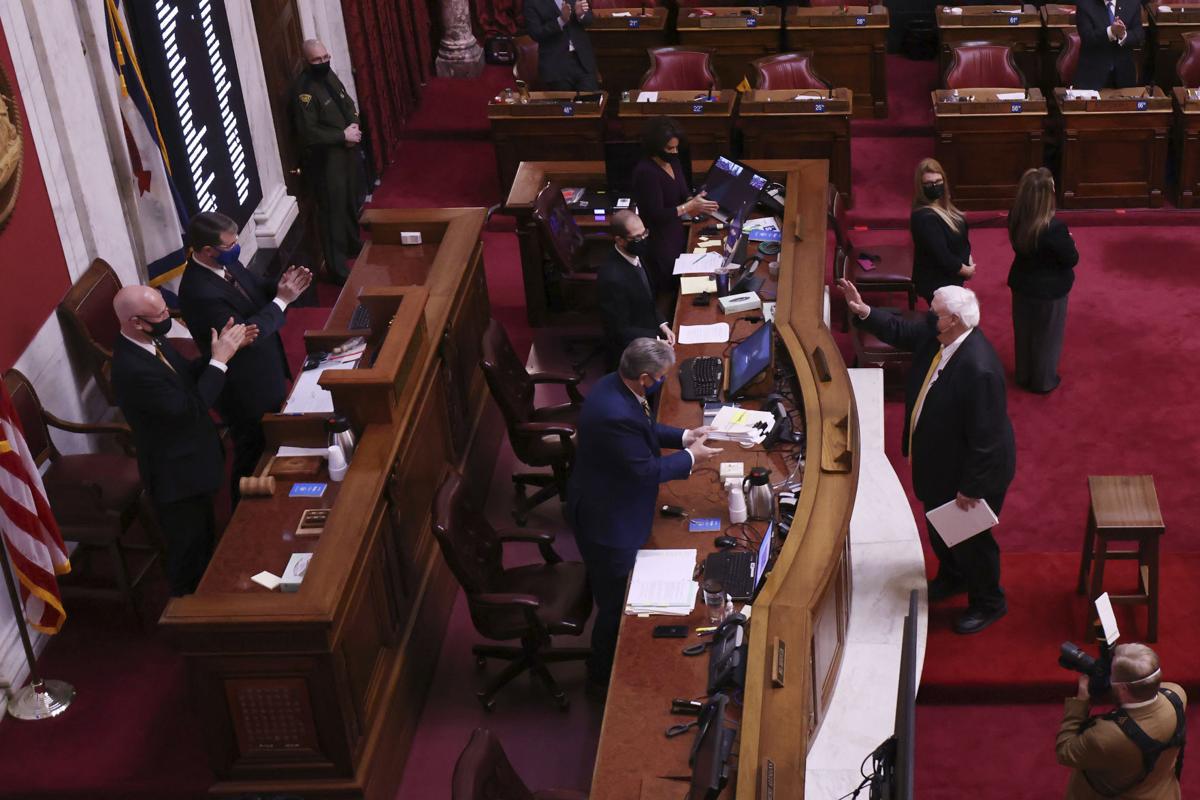 West Virginia Gov. Jim Justice, right, motions to West Virginia Speaker of the House Roger Hanshaw and Senate President Craig Blair prior to giving his State of the State address in the House Chambers of the West Virginia State Capitol Building in Charleston on Wednesday, Feb. 10, 2021.

West Virginia Gov. Jim Justice speaks during the State of the State address in the House Chambers of the West Virginia State Capitol Building in Charleston on Feb. 10.

West Virginia Gov. Jim Justice gives his State of the State address in the House of Delegates Chambers on Feb. 10.

West Virginia Gov. Jim Justice, right, motions to West Virginia Speaker of the House Roger Hanshaw and Senate President Craig Blair prior to giving his State of the State address in the House Chambers of the West Virginia State Capitol Building in Charleston on Wednesday, Feb. 10, 2021.

CHARLESTON — In his fifth State of the State address Wednesday, Gov. Jim Justice urged West Virginia legislators to begin the repeal of the state income tax, contending, “This is an opportunity beyond all comparison.”

Justice said cutting the tax will spur economic development, echoing claims made by Senate leaders who pushed a similar plan in 2017. That one failed over objections to proposals to sharply hike sales taxes to make up for lost revenue.

“Step back and ask yourself: How are they going to come?” Justice asked the joint assembly of the House and Senate, contending the tax cut will bring people and businesses to the state.

“It is the single biggest issue that you can possibly, possibly address,” he told legislators.

As outlined Wednesday, Justice’s proposal would cut the tax — which brings in about $2.1 billion a year, or about 43% of the general revenue budget — in half initially.

Justice proposed making up some of the $1 billion in lost revenue with a 1.5% increase in the state sales tax, elimination of sales tax exemptions for professional services, tax hikes on cigarettes and soft drinks, and other tax increases.

Anticipating criticism from retailers in border counties, Justice assured them that they will not lose business with residents shopping in neighboring states with lower taxes.

“The people across the border are going to come to you to live,” Justice asserted. “Your stores are going to be filled like you can’t imagine.”

Justice insisted that economic growth spurred by the reduction of the income tax would generate enough tax revenue to eventually eliminate it entirely.

He told legislators Wednesday that his proposal is a starting point for negotiations.

“My idea can surely be tweaked,” he said. “I will listen to anybody and everybody.”

Critics have noted that Kansas enacted similar income tax cuts in 2012, with assurances that the cuts would attract business and grow the economy. However, it caused devastating harm to the state, ultimately resulting in restoration of the taxes in 2017.

Justice compared the income tax cut to the $1.9 trillion federal stimulus package being debated in Washington, saying fully funding that program is key to the U.S. economic recovery from the COVID-19 pandemic.

“We need to move aggressively and super-boldly,” the governor said. “We can’t underfund what we need to jump-start the world.”

Justice, who has put himself at odds with other Republicans in endorsing President Joe Biden’s stimulus package over a much smaller GOP option, suggested Wednesday that then-President Donald Trump’s failure to assure rapid passage of a second stimulus plan last summer contributed to his election defeat.

“At the end of the day, we lost our president, didn’t we?” said Justice, who frequently cites his friendship with the Trump family.

Also Wednesday, the governor called on legislators to adopt flat, no-growth state budget plans for the next three years, putting unspent revenue into what he called a second Rainy Day fund (West Virginia currently already has two Rainy Day funds) that could be used to address funding shortfalls caused by elimination of the income tax.

During the 58-minute speech, the governor also called for:

In closing, Justice told legislators, “I won’t be satisfied until West Virginia’s success is no longer a surprise, but is what is to be expected.”

With COVID-19 restrictions in place in the House chamber, and with members of the West Virginia Supreme Court, the Board of Public Works and the news media moved from traditional locations on the House floor into galleries above, the address took on something of a surreal nature.

Justice, who cited national news coverage of the state’s leading efforts in COVID-19 vaccinations, also was in an unusually stoic and restrained mood, compared to prior addresses, eschewing for the most part the folksy colloquialisms that had been a standard of his first four addresses.

Enjoying the optimism spread through Gov. Jim Justice's state of the state address, area lawmakers and leaders say they look forward to digging into the governor's proposals.