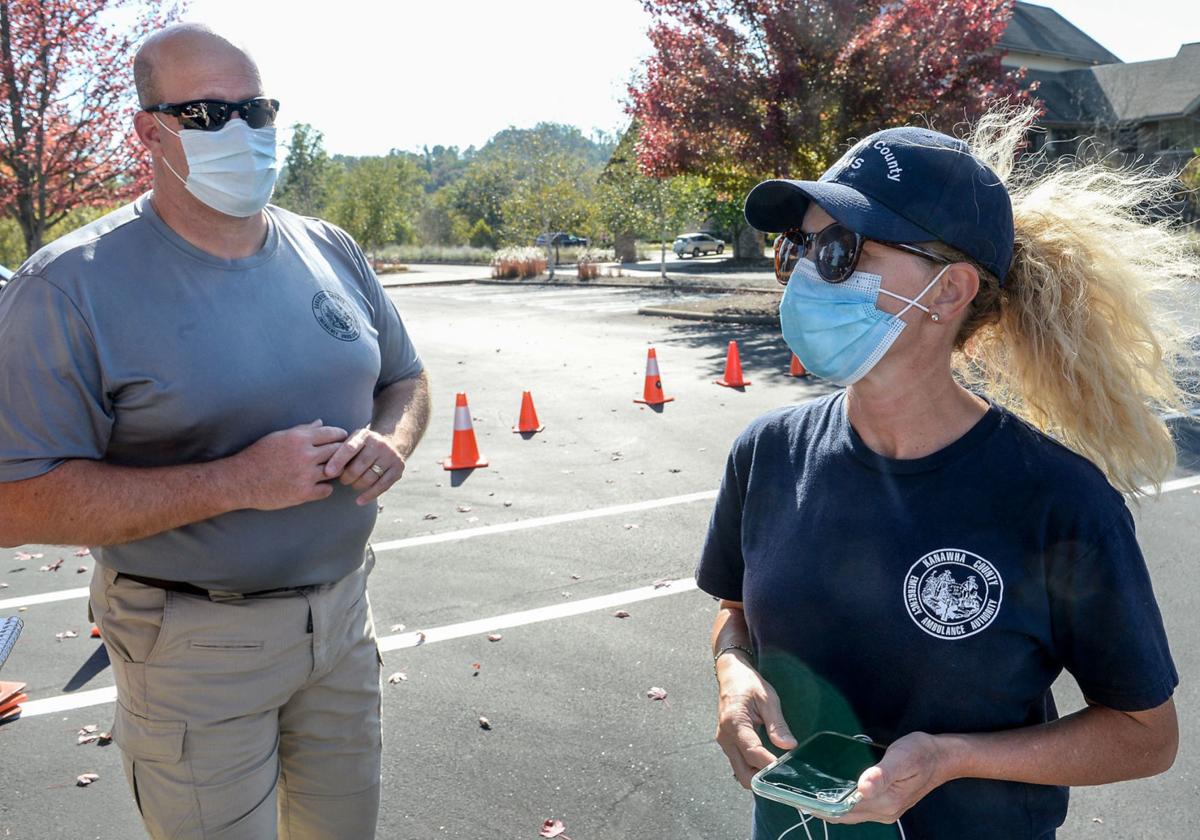 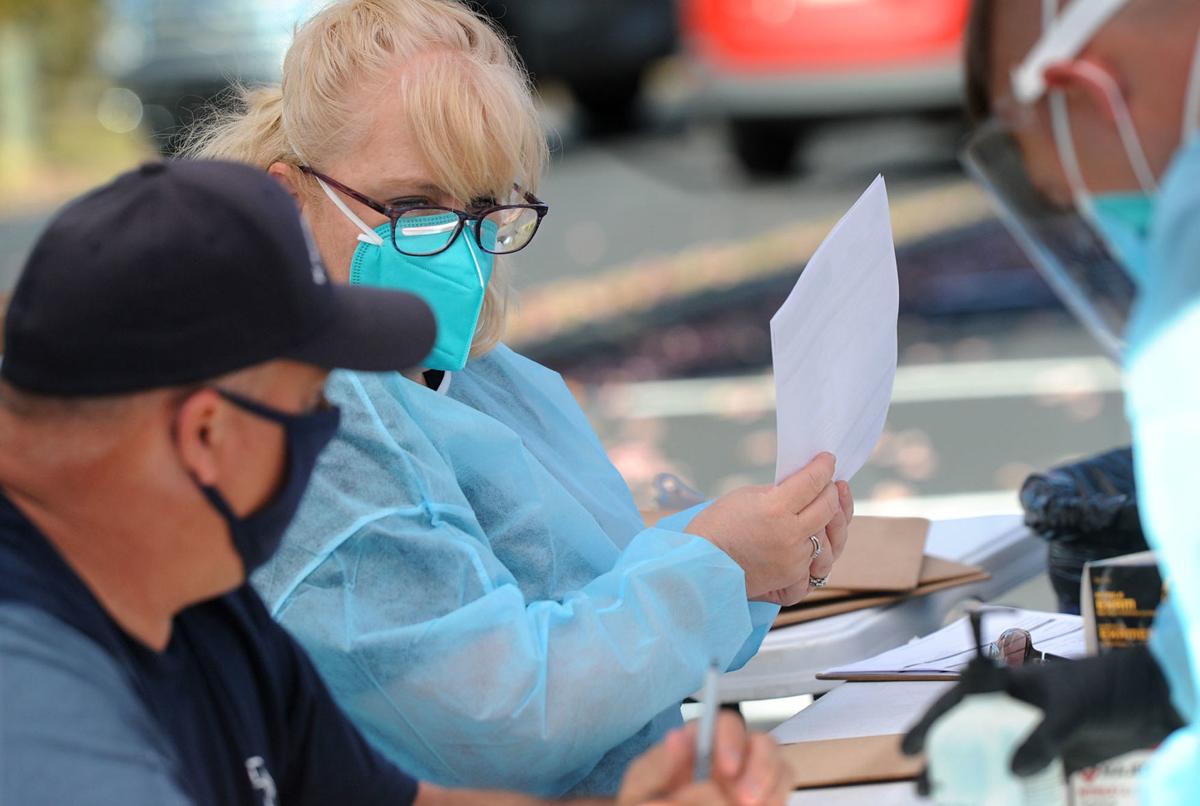 Special Operations Team member Trish White works at the COVID-19 testing and flu shot clinic at Bible Center Church on Wednesday. She was one of six crew members to stay for the entire deployment. 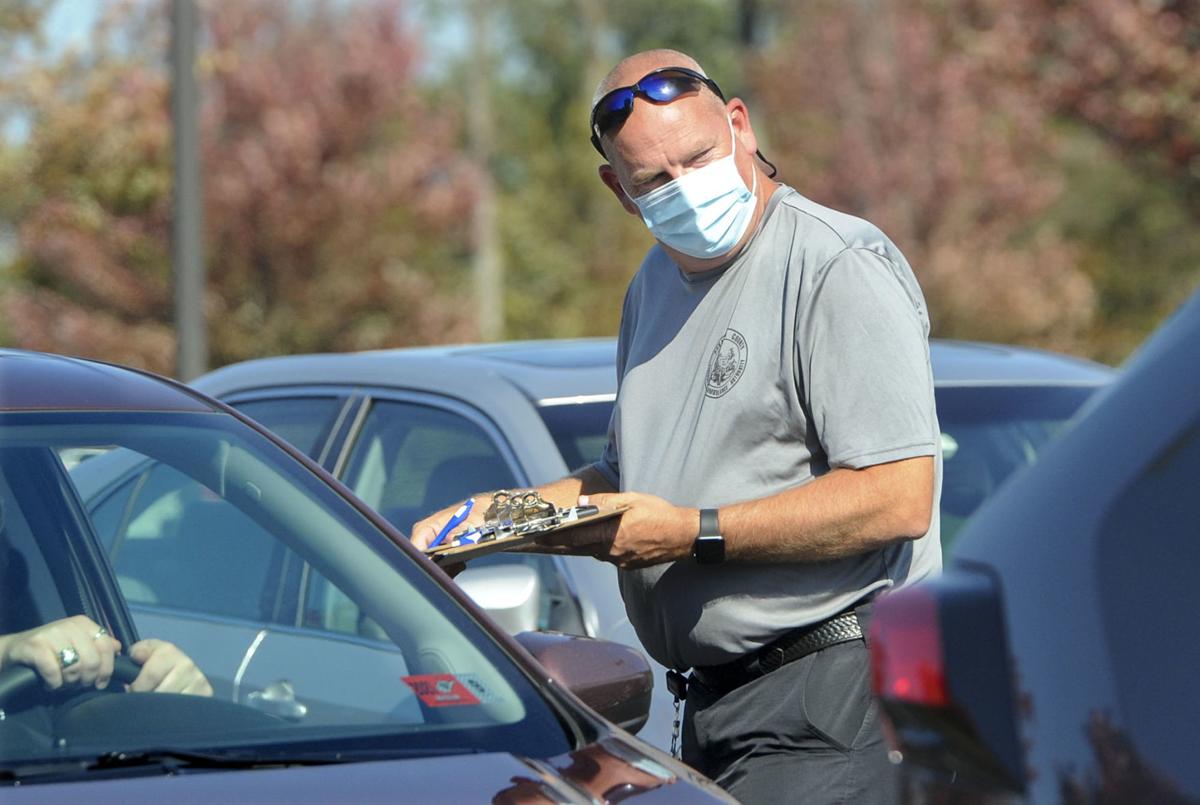 KCEAA’s Jeff Broyles works at the COVID-19 testing and flu shot clinic at Bible Center Church on Wednesday. Broyles stayed for the entirety of the deployment. 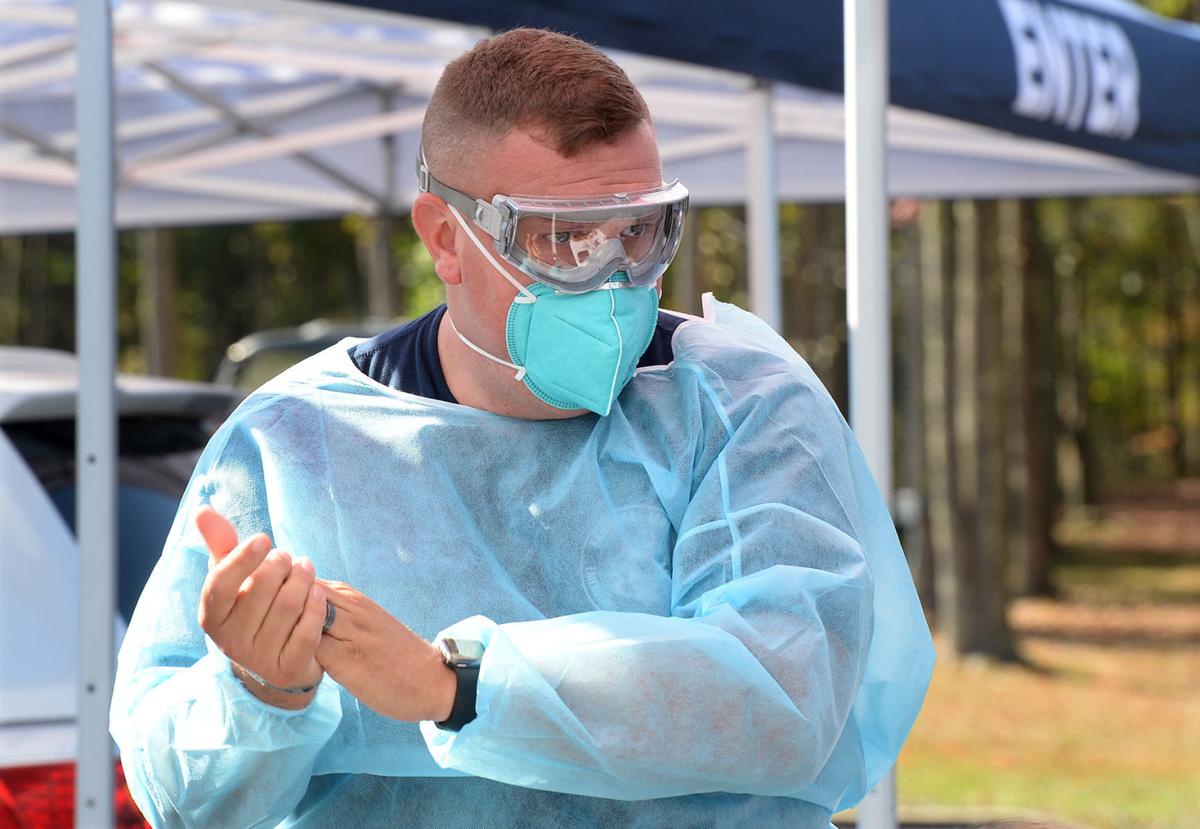 KCEAA's David Nuckols works at the COVID-19 testing and flu shot clinic at Bible Center Church on Wednesday. Nuckols said Louisiana reminds him so much of West Virginia, minus the heat and never-ending flat land.

Special Operations Team member Trish White works at the COVID-19 testing and flu shot clinic at Bible Center Church on Wednesday. She was one of six crew members to stay for the entire deployment.

KCEAA’s Jeff Broyles works at the COVID-19 testing and flu shot clinic at Bible Center Church on Wednesday. Broyles stayed for the entirety of the deployment.

KCEAA's David Nuckols works at the COVID-19 testing and flu shot clinic at Bible Center Church on Wednesday. Nuckols said Louisiana reminds him so much of West Virginia, minus the heat and never-ending flat land.

CHARLESTON — After spending more than a month in Louisiana, the longest deployment to a disaster zone in county history, Kanawha County first responders were excited to get back to work at home.

The 18-person crew began the deployment Aug. 28, driving 16 hours from Charleston to Gonzales, Louisiana, a small town in the southern part of the state known as the "Jambalaya Capital of the World."

James "Buzz" Mason, the crew's commander, described Special Operations Team members as the multi-tool of medicine. One second, they're swabbing noses or giving flu shots, the next, they're administering life-saving care to Hurricane Laura evacuees.

This trip was different from past deployments. This time, there was COVID-19, which created "non-congregate" sheltering for the evacuees, Mason said. They had to keep people in the same building but away from one another.

"It was still probably one of the smoothest deployments we've done," said Jeff Broyles, coordinator for the Special Operations Team.

David Nuckols, a crew member who returned home at the 14-day mark, said that, in 2017, during the response to Hurricane Irma in Florida, the action was nonstop. In Louisiana, though, the crew actually had some down time. This was Nuckols' third deployment with the Special Operations Team, having also responded during Hurricane Florence in 2018.

The crew used some of that down time helping one boy, named Shane, who had lost everything to Laura. Crew members Kayla Neil, Trish White, Broyles and Mason overloaded the boy with toys and a cake, throwing him a 5th birthday party inside the evacuees' hotel — funded by money from their own pockets.

"I went up to him and told him I liked his shoes, and he just started talking to me about how he lost all his toys and everything else," White said. "It broke my heart, so we felt like we had to do something."

White was one of the six members who stayed for the duration.

The team crisscrossed Louisiana, disaster area to disaster area, moving from New Orleans and Baton Rouge to cities along the southern coast, also traveling northwest to small towns along the Texas-Louisiana border. The crew was gifted food — homemade jambalaya, of course — at a number of stops, they said.

The hospitality of Louisianans sticks with them.

"Louisiana, to me, is a lot like here, as far as the people — they're just good down-home country people. But the heat sucks and the land is flat," Nuckols said. "Some of those people were in a rough time in their life, probably one of the worst things they've been through, and they still worried about us."

Monica Mason, director of clinical services and education at the ambulance authority, said that when the Special Operations deploys, which includes her husband, Buzz Mason, she doesn't have to worry much.

"They're going to do what they enjoy to do. What they love to do is take care of other citizens. They go above and beyond," she said. "That's kind of their niche, being able to get to people when they're most vulnerable, be it a car accident, a heart attack or responding to a disaster zone."

The crew was assigned for just one week in Louisiana. Then an extension came, and then another. Once the assignment went past 30 days, the deployment became the longest in Kanawha County history, passing the response to Hurricane Rita in 2005.

When the last of the crew came home, in less than 24 hours, they were back working the COVID-19 drive-through testing sites, sponsored by the ambulance authority and the Kanawha-Charleston Health Department. Buzz Mason said it was just another day on the job.

"It's an easy transition," he said. "They're rolling in from a disaster down there that's worse than what's happening up here."

Kanawha County's emergency crews are sought after nationwide. The Federal Emergency Management Agency has given the ambulance authority a preferred-contractor award, which designates Kanawha County’s Special Operations Team as one of the top first responder crews in the United States. It is hoped that, when Kanawha County suffers a crisis, other response teams from across the country will return the favor.

And now that Hurricane Delta is creeping up on Louisiana's doorstep, the crew might be called on once more. The storm stabilized as a Category 2 hurricane Thursday and is projected to bring a "life-threatening storm surge," to the Gulf Coast beginning Friday, according to the National Hurricane Center.