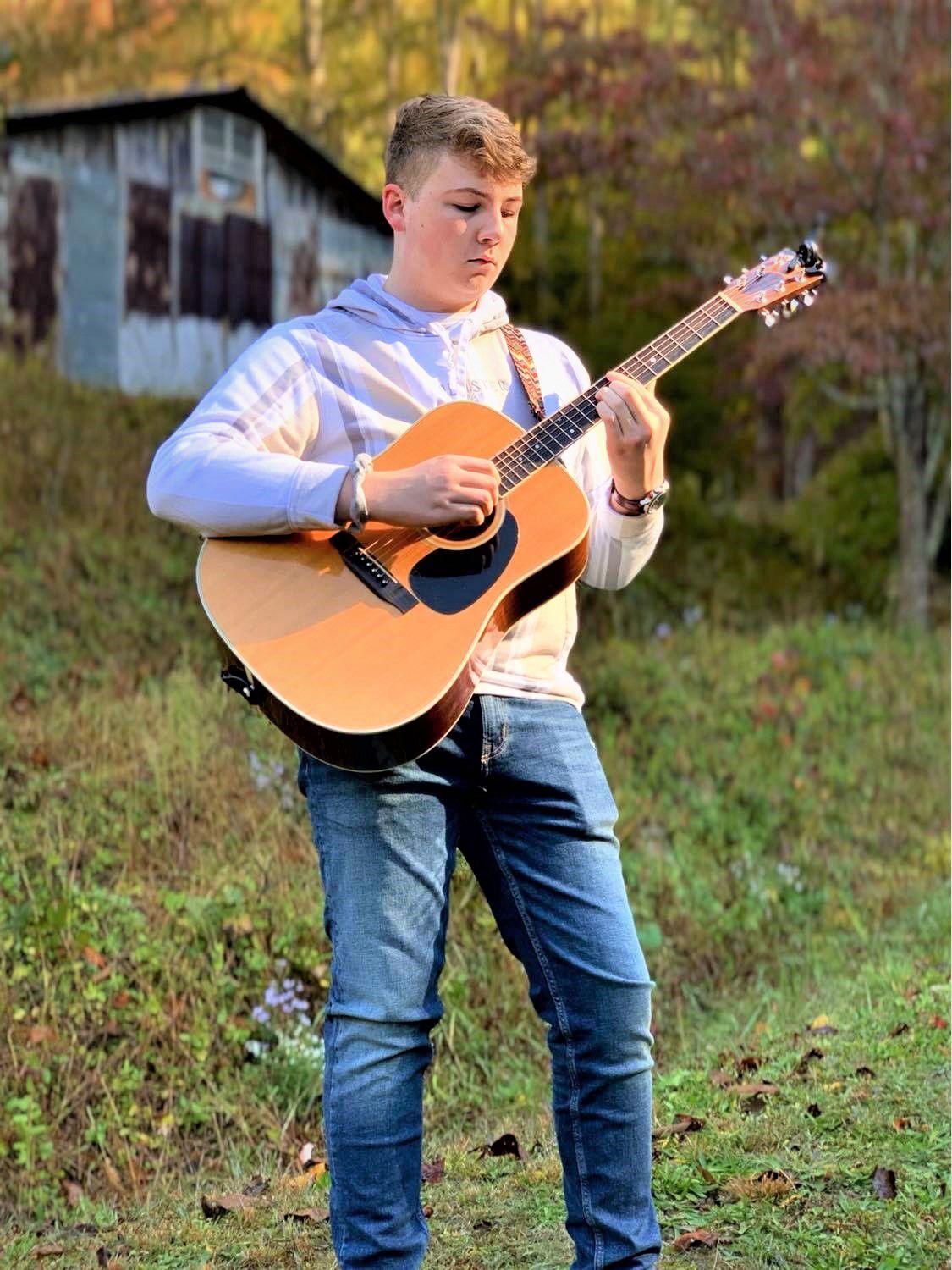 Andrew resident and Sherman High student J.D. Halstead, 14, will release an album of his original music in early 2021. 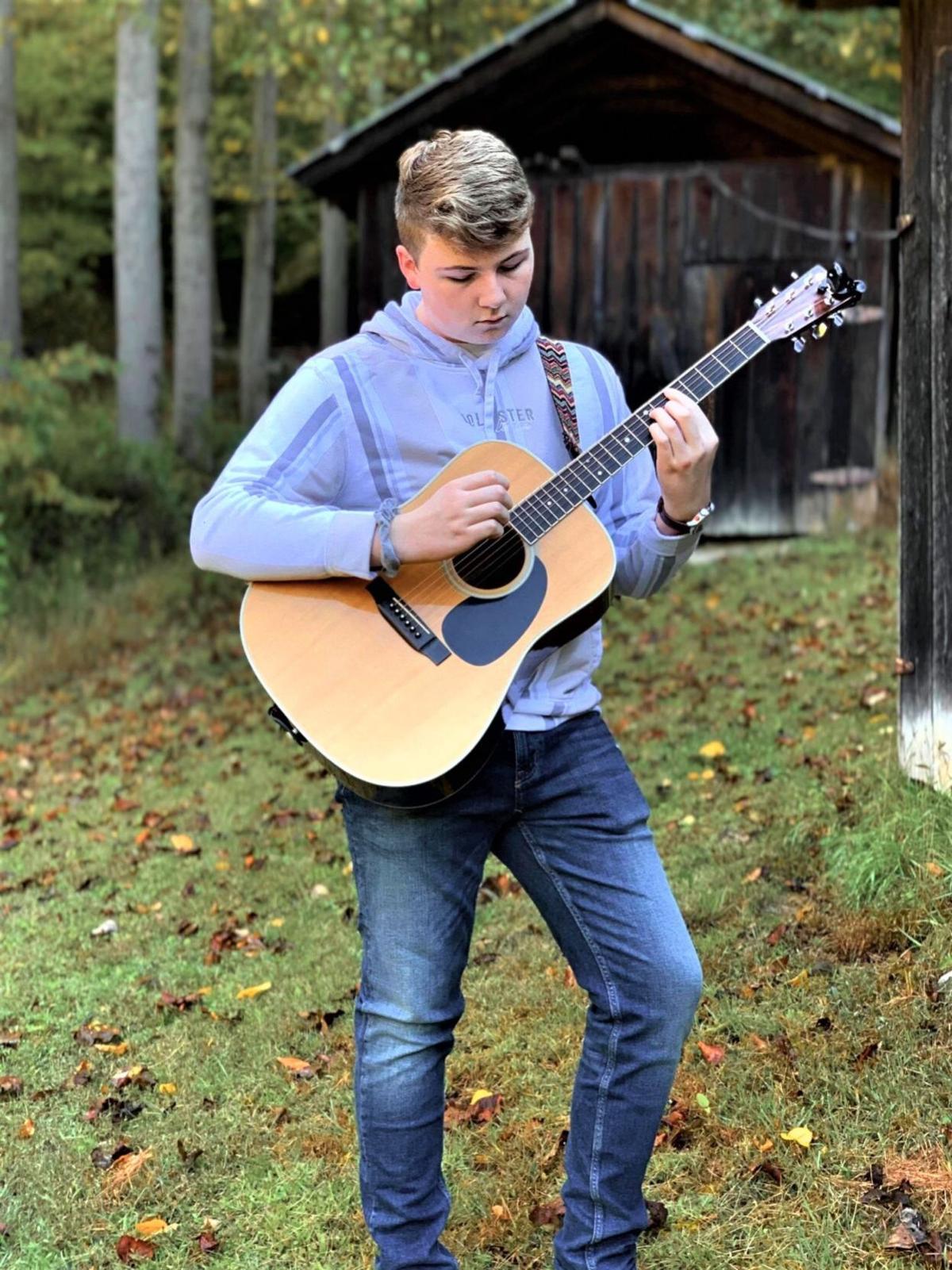 Andrew resident and Sherman High student J.D. Halstead, 14 will release an album of his original music in early 2021.

Andrew resident and Sherman High student J.D. Halstead, 14, will release an album of his original music in early 2021.

Andrew resident and Sherman High student J.D. Halstead, 14 will release an album of his original music in early 2021.

ANDREW — Sherman High freshman musician and songwriter J.D. Halstead has used his time productively and creatively during the COVID-19 pandemic, releasing a single that will be followed by an album of his own original material in early 2021.

“I’ve really been working on my songwriting lately,” the 14-year-old said. “I just try to absorb all kinds of style and genres. I love it all, really.”

The son of Valerie and Joe Halstead of Andrew has always been drawn to music and, since he has built a recording studio in his bedroom, he has been very productive in recording demos of song ideas.

“When he was really young, maybe 2 years old, he would sing along to commercials and songs on the radio,” said his mother Valerie, a teacher at Sherman Middle School. “We were always amazed that he would always sing in key and in rhythm. It seemed really natural for him.”

When Halstead graduated kindergarten, his grandfather Danny Pettit gave him a guitar as a graduation gift.

“It was a couple of years later that he started playing it a lot and teaching himself to play it,” she added. “My dad (Pettit) had a country band when I was growing up and they performed a lot locally, but today he only plays music in churches,” Valerie Halstead said. “My dad worked with him for a little while and said that there was nothing else he could show him and he just took off.”

J.D. took lessons from local bassist Marlon Thomas and learned to find his way around the instrument. The teen is now able to play virtually all of the instruments with the exception of percussion on his recordings. His voice has a rich tone, but his mother said he hasn’t taken voice lessons or sang publicly.

“He wanted voice lessons, but we were told to wait until he’s a little older so his voice has time to completely mature,” she added.

J.D.’s good friend Brian Mills, a guitarist who is a junior at Sherman, co-wrote a song that was released for download on iTunes/Apple Music, Amazon Music, Spotify, Pandora YouTube and Google Play on Oct. 10 called “Two Day Vacation.”

Mills, who is a heavy metal guitarist who writes his own music and recorded his own record of original compositions, collaborated with his friend on the tune, which started out as a spoof of modern country music but quickly turned into a song that listeners actually enjoyed.

“They had laughed and said that all you need for a country song was a truck and some beer,” his mother joked. “They actually had to Google beer to see if it was sold in six-packs because they had no idea. As a mom, that was encouraging to hear.”

Music has run through the family beyond his grandfather — his father played trumpet and his mother alto saxophone in the band at Sherman in the 1980s.

J.D. calls his music — beyond the spoof country track — “alternative rock sprinkled with jazzy influences.” He enjoys experimenting with chord structures on the guitar that give his music a feel outside of typical stock rock guitar playing.

“Major seventh chords are my favorite right now,” he said.

“Major Seven Records” happens to be the name he gave the label he is using to publish his music.

The young songwriter said he has been using his free time wisely since the pandemic began.

“I’ve spent a lot of time writing and playing,” he said. “I’ve probably completed six songs since this all started.”

J.D.’s record, tentatively titled “Cold Summer’s Night,” will contain 10 original songs that he will also perform, produce, mix and master himself in his home studio. The album’s title came from a painting by Bob Ross that J.D. reproduced himself and put his own spin on.

“My original goal was to have (the record) out there by the end of 2020, but until about a month ago I was on track for that but now it looks like it will be shortly after that,” he said. “We’re working on getting my name out there a little ahead of that, and putting the first song out now will help do that.”

The artist, who plays the trumpet in his high school marching band like his father did, is using digital MIDI-produced percussion sounds along with organic instrumentation to produce his own brand of melodic rock.

He said his goals include college after high school.

“I’d like to study music in college and soak up as much theory as I can,” he said. “Music is as complicated as you make it and I enjoy that challenge and I enjoy learning more about music. I’m kind of a perfectionist, too, and that is why the record has taken so long. I get that from my mom, I think.”

Ultimately, J.D. said, he wants to be a music producer who also writes songs for himself and other artists.

“I enjoy songs that have intricate chord structures and are pretty,” he said. “I just love songs like that. They pull you in.”

He said acquiring quality pieces isn’t easy on a teenager’s budget, but he does his research before purchasing equipment and he’s taken the time and patience to build a real, working studio without breaking the bank.

“I’m pretty proud of that,” he said. “For the past three years when someone buys me a gift, I always ask for music equipment. I’m perfectly happy just doing that stuff in my studio.”

He considers himself more an acoustic guitar player and proudly strums a 1996 Martin D-35 that was a gift from his grandfather.

In reference to his first single, he said the faux country song took on a life of its own and he’s been excited by the feedback he’s received from friends and family who have been offered a first listen.

“Brian had this guitar riff that we built the song around and we did the whole thing in 24 hours,” he added. “It came together that fast. Everything you hear in that song was all in one day. It isn’t anything we’d normally do and we were just having fun with it and we were surprised when people said they actually liked it because it was meant to be this funny thing and it took on a life of its own.”

The songwriter said he has always looked older than his age and it may have influenced his maturity to some degree.