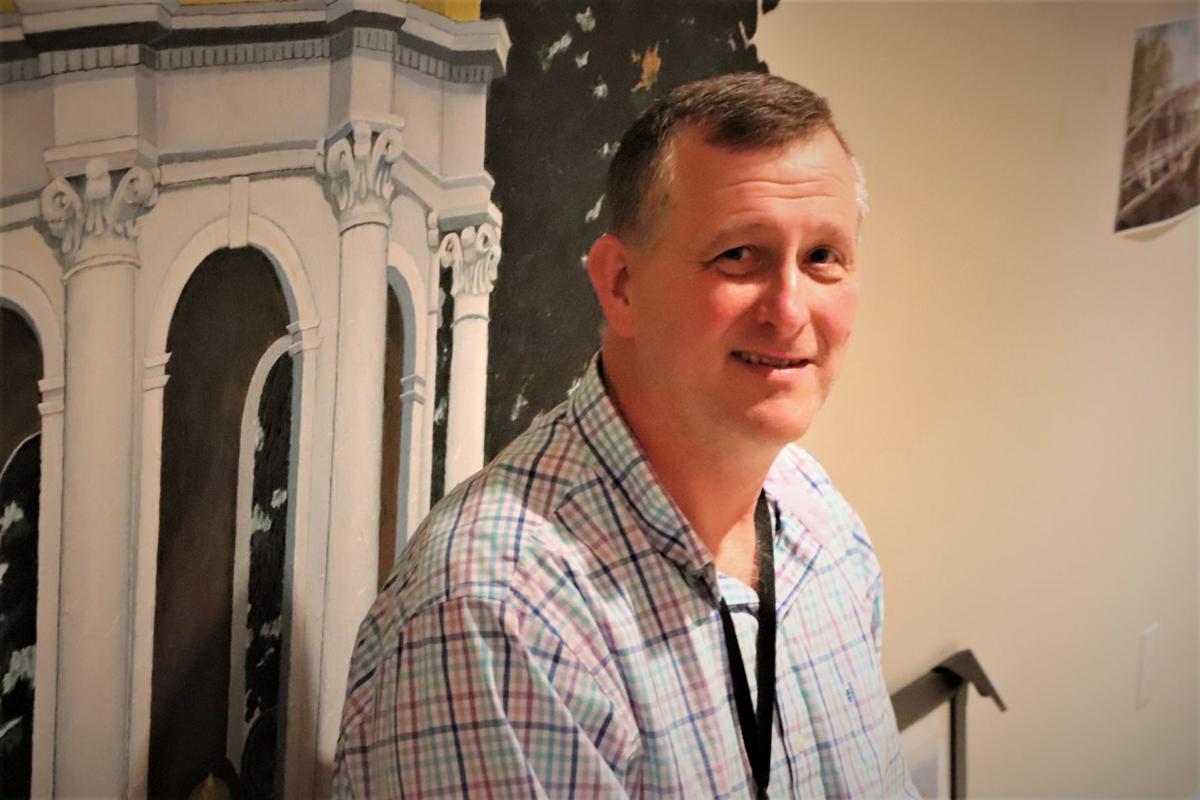 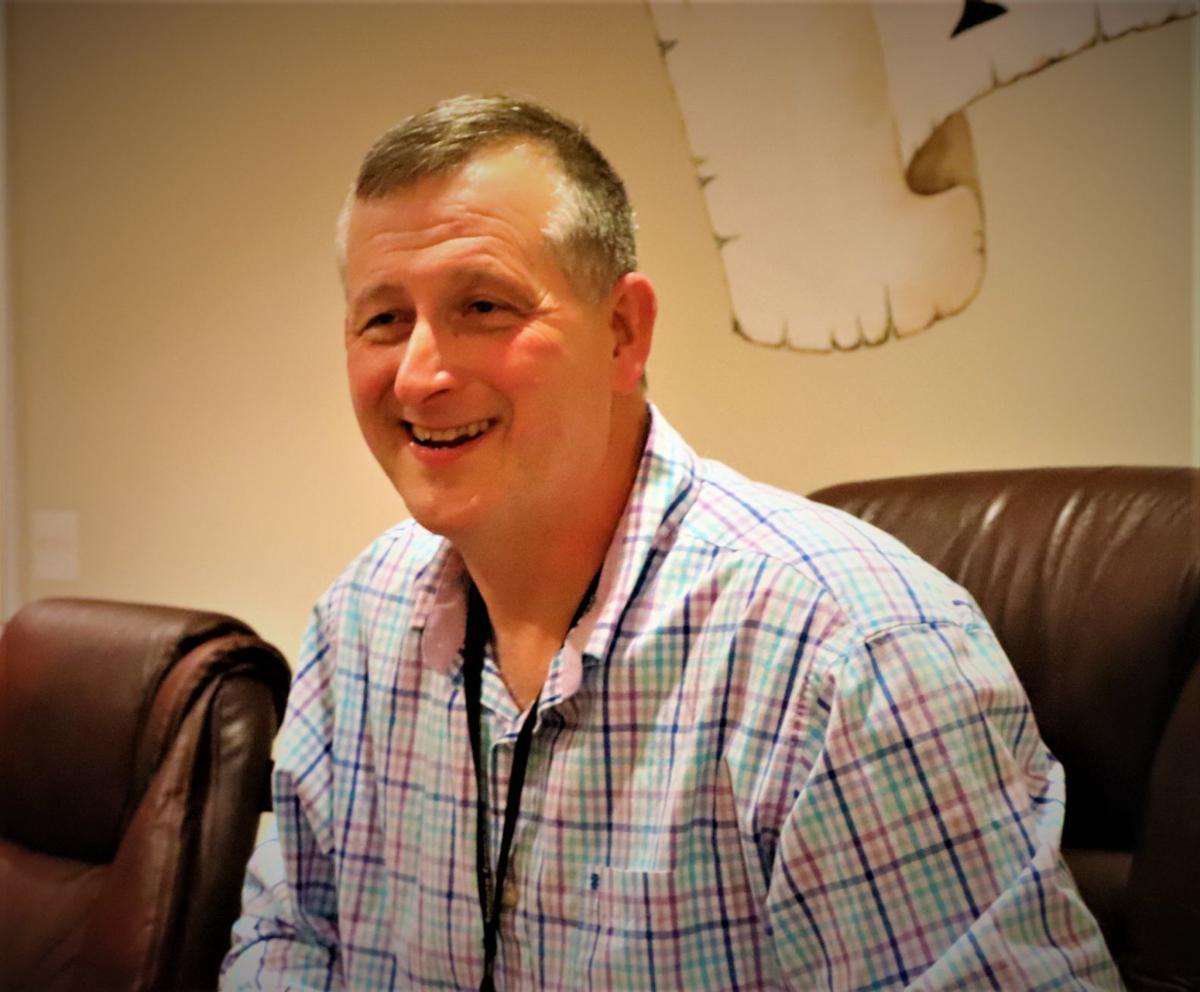 MADISON — City of Madison Mayor Buddy Hudson is eternally optimistic, and it shows in how he references a city that has seen its share of hardship in recent years.

“I see us bouncing back,” he said on Wednesday evening from the council chambers located above Madison City Hall. “I think it is the nature of the people who live in this community to bounce back.”

Hudson, who served as a councilman for 17 years, stepped into the seat after the sudden passing of Mayor Harold H. “Sonny” Howell Jr. in February 2020.

As of press time, Hudson is running unopposed in the June 8 election.

Hudson, 54, was born and raised in the county seat as the youngest of seven children.

“My mother raised six boys and a girl on her own,” he said. “My dad died when I was three and she took care of all of us. Two of my brothers are deceased now.”

When he was in fourth grade, he began working at the old Corner Grocery sorting glass soda bottles and stocking shelves.

Bobby Meadows paid the boy $10 per week and served as a father figure, according to Hudson.

“He was very, very good to me,” he added. “That is how I first got into the lawn service. The customers in the store would pay me to cut their grass.”

Hudson, an educator at Ramage Elementary for over 30 years, graduated from Scott High School in 1984 and had no intentions of furthering his education — but a resident named Peggy Pauley changed the trajectory of his life.

“She asked where I was going to school and I told her that I couldn’t afford to go to school, and she came to Scott High School the very next day, pulled me out of class and we went to the counselor’s office and filled out applications for scholarships and schools. If not for her, I would not have gone to Marshall University. I’ve told Tommy (Pauley) so many times that his mother saved me.”

Hudson said that, with an older brother serving time in prison, his life could have gone in another direction.

“I could have easily taken another path and I remember as a kid being called, ‘one of those Hudson boys,’ but I was taught at an early age to go the right way and that hard work can only help you. We didn’t have anything. We lived on food stamps and I bought my own bicycle and my own tennis shoes. I saw then that if you worked, you could get it so now that is ingrained in me and it is likely why I feel guilty if I sit at the house and do nothing. It is why I save money for a rainy day now. It is why I like to help people who are making an effort to work themselves into a better place.”

He said with a laugh, “I’m afraid to spend money.”

“I enjoy staying busy and I enjoy working with others who want to make the community better,” he said. “I need to feel like I’m doing my part and giving back.”

Hudson has been known to pay his own landscaping employees to help with city improvement projects, but he prefers to not discuss those contributions.

Hudson owns 78 rental units in the area — including three mobile home parks and 12 houses — as well as the therapy building across from Boone Memorial Hospital.

Hudson said that his aspirations didn’t include being the mayor as a younger man.

“I wanted to be a county commissioner or an elected official at the courthouse,” he said. “At one time, that was my plan — but things change.”

Hudson said he thinks outdated infrastructure is the primary challenge for the city moving forward.

“We need to make infrastructure upgrades and repairs in Madison,” he said. “Drains are a primary problem --particularly in Holly Hills and West Madison. We must develop Main Street as we move forward.”

Hudson said there have been inquiries regarding an upscale brewery on Main Street in recent months, and he would support such a business.

“If it is done right and there is an investment,” he said. “We would want to see it done right. We don’t want something just thrown up.”

Hudson said a collaborative effort from members of the local business community may be in order.

“I’d like to see 10 or 15 people in town front $10,000 each and put it into a fund, buy a building and refurbish it and do that all the way down Main Street. I think we have the people who would be interested.”

“We’ve only got one user fee that needs to be caught up and four people on B&O,” he said. “We feel good about that progress.”

Hudson said the addition of a trail head in town for the Hatfield-McCoy Trail System looks like it may become reality.

“There will be multiple business opportunities related to Hatfield and McCoy,” he said.

The City of Madison found itself in tax debt in January 2020, coupled with a state audit that led to two former employees entering a plea with a prosecutor last month. Those employees were sentenced to restitution and probation.

The tax debt included approximately $346,000 in federal income withholding and another estimated $200,000 in FICA deductions that were never paid.

The city hopes to shed the interest and penalties and have its tax debt erased by the end of 2021.

Hudson credits the work of Recorder Will Rowley, who stepped into the position in March of 2020.

“He came in at a time when we really needed him and his work has not gone unnoticed,” said Hudson. “Without him, I don’t know where we’d be right now.”

Hudson said there will be changes to the council as Artie Barker and Kathy Cash retire in June.

“We’ve come a long way over the last year, and I like the road we’re on,” Hudson said. “This has always been a resilient community and we’ve been through a lot over the years, but we always bounce back and I don’t expect anything less.”