Sign Up
Log In
Purchase a Subscription
You are the owner of this article.
Edit Article Add New Article
You have permission to edit this article.
Edit
News & Features
Sports
Opinion
Obituaries
Photos
HD Media LLC
Share This
1 of 3 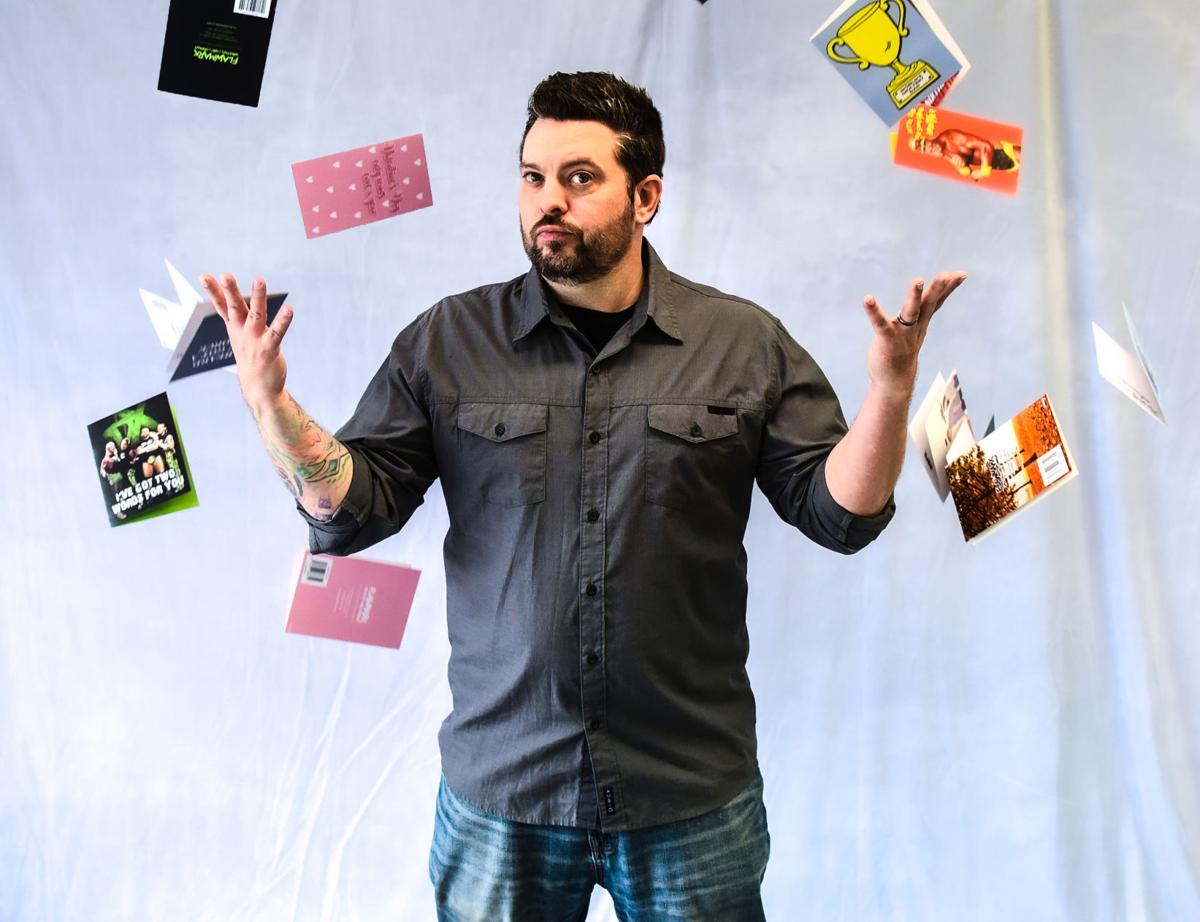 BOTH PHOTOS: Boone County native Richie Ray has launched a greeting card company for those with a sense of humor called “Flawmark.” 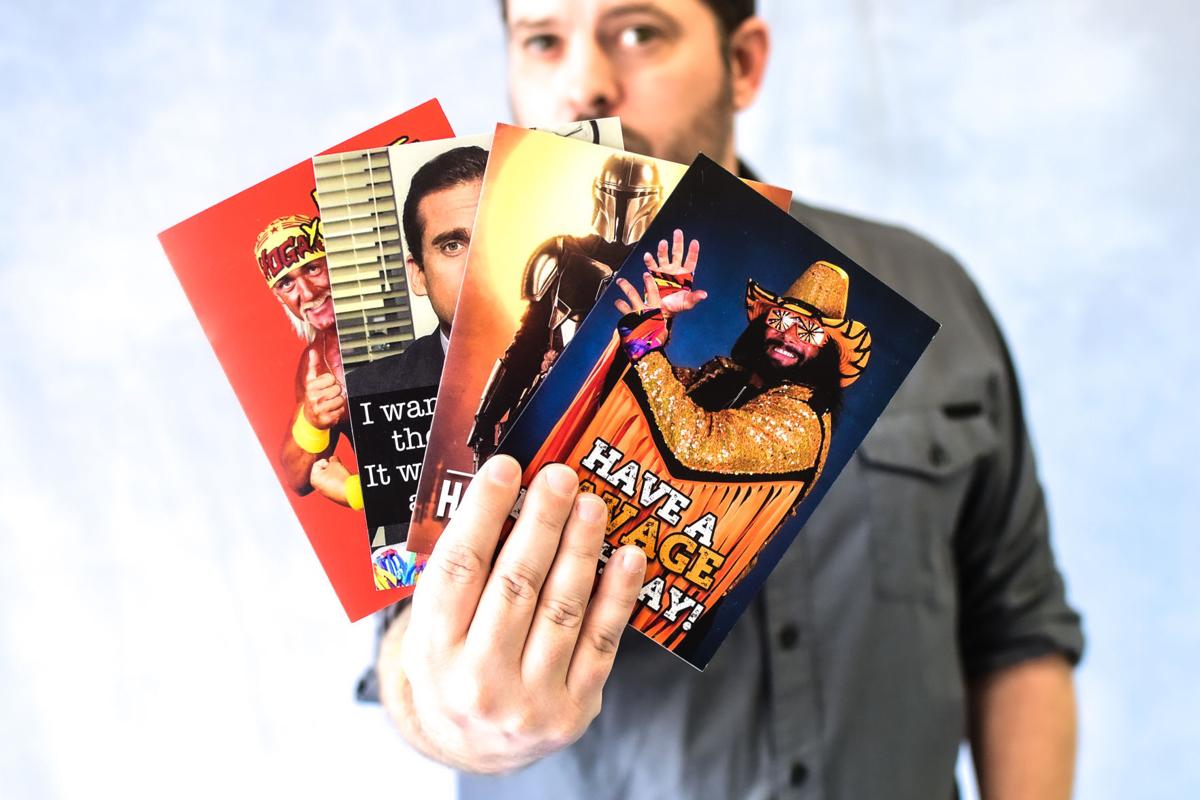 Boone County native Richie Ray has launched a greeting card company for those with a sense of humor called “Flawmark.” 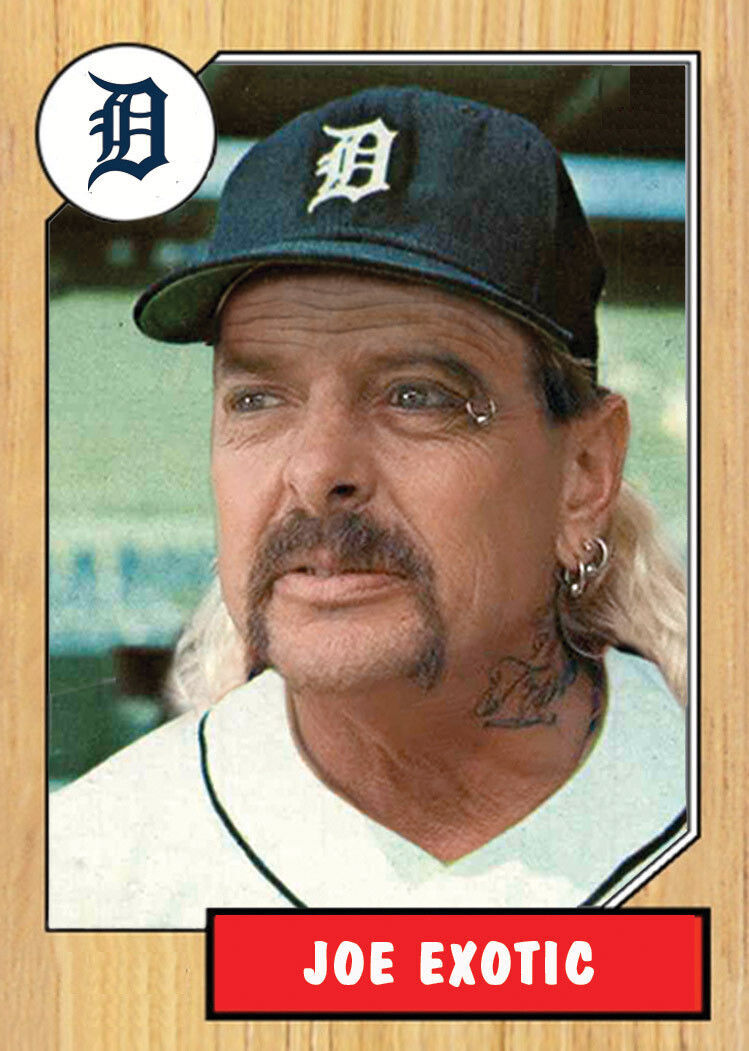 Boone County native Richie Ray saw his trading card for "Joe Exotic," a parody card of the 1987 Topps baseball set, take off in 2020 and go viral on the internet.

BOTH PHOTOS: Boone County native Richie Ray has launched a greeting card company for those with a sense of humor called “Flawmark.”

Boone County native Richie Ray has launched a greeting card company for those with a sense of humor called “Flawmark.”

Boone County native Richie Ray saw his trading card for "Joe Exotic," a parody card of the 1987 Topps baseball set, take off in 2020 and go viral on the internet.

MOUNT PLEASANT, Pa. — Richie Ray has fond memories of spending much of his youth growing up in the Madison area.

“I attended Danville Elementary school and later Madison Elementary, and then we moved,” Ray said via a phone interview. “My aunts and uncles still live in Madison today. I still have a bunch of family there. When I visit, much of it looks the same to me from when I was growing up.”

Ray used to spend a lot of time in the Coal Valley News offices as a youth. His mother, Diane Ball, wore multiple hats for the paper including receptionist, circulation and advertising duties.

“I can still remember the layout of that building,” he said. “I would play in the building while she would be working on ad placement. Being there and watching her do that has always stuck with me. I was probably between 6 and 8 years old.

Ray, 43, said that looking back, he realizes how lucky he was.

“We didn’t realize how good we had it then,” he said. “Once I was touring as a musician, I thought every place was like that and it definitely was not.”

Ray toured as a singer/songwriter with the act “Shindig” for over a decade, but today he has settled into a more domestic life in Pennsylvania with his wife, Stormy Knight, and 10-year-old son, Milo.

Ray, a 1996 graduate of Sissonville High School, spent 18 years living in the Louisville-metro area of Kentucky, which put him just a five-hour drive from multiple metropolitan cities as he committed to a rigorous recording and touring schedule before opening a recording studio where he would produce up-and-coming acts in various genres. He said he never consciously sought to leave the Mountain State, but it was more about geography and accessibility at the time.

“I don’t know if I was simply driven or didn’t have any good sense,” he said, laughing. “Likely a little bit of both.”

Today, Ray is the owner of “That Banner Guy,” a full-service printing company that specializes in anything from novelty items like high school sports trading card sets to gigantic commercial banners and signs.

“I learned to create my own promotional items years ago based on a need,” he said. “I always wanted cool album covers for my band and fliers for our shows and T-shirt designs, but no one around was doing what I wanted, so I dove into learning how to do that and I really enjoy graphics work.”

One of Ray’s designs went viral on a national level when he created a trading card in 2020 for Joe Exotic, a character from the “true crime documentary” Netflix series “Tiger King.”

“I sold the first batch I created almost immediately,” he said. “It just took off.”

Ray received word that Joseph Allen Maldonado-Passage, better known as “Joe Exotic” was receiving requests to sign the cards from prison, where he is serving a 22-year sentence related to charges of animal abuse.

Ray also saw success with a wrestling-themed card game that produced over 150,000 cards.

The entrepreneur’s latest venture comes with a greeting card company called “Flawmark” that specializes in humorous greeting cards for nearly every occasion. The idea stemmed from Ray’s desire to create pandemic-themed Christmas cards. The site calls the 43 cards it offers “tongue-in-cheek and sometimes offensive” humor. The Christmas cards sold out, and he knew he was onto something special.

The pandemic had temporarily closed the doors of many of the regular clients of his printing business, so he looked to think outside the box.

“It was encouraging to see the overall reaction to it, and it was put together relatively quickly, but with attention to detail and careful marketing strategies,” he added.

Ray has found a niche for his product and has begun distributing to retail stores on the East Coast with hopes of continuing a steady, healthy growth.

The most popular Christmas offering was a Grinch-themed card that suggested that it was the Grinch who created COVID-19.

Ray said his intent was to bring a little creative, but tasteful, humor to people as they stressfully navigated a holiday season made more difficult by the pandemic.

“It was pretty clear to me that people got it and they appreciated it,” he said.

Themes of his cards include birthdays, love, life events and farewells.

Ray said his creative energy comes from the desire to see an idea through to the end.

“I really pay attention to what is going on nationally and I am constantly thinking of new ideas for what can actually sell,” he said. “The beauty of printing it myself is that I can design something and put it out there and if nobody likes it, I can pull it down and it’s done.”

Ray said he wants to focus more on high school and college sports, and team trading cards are products that never go out of style and make wonderful keepsakes.

He realizes that at some point, he’ll likely have to outsource his printing.

“That is a good problem to have if you can’t keep up with your sales,” he said. “I know that as I grow that will be something I have to take a hard look at and I’m getting to that point now that it can be challenging. When you work for yourself, you have to make those tough decisions. I’m really excited with my new products and what I have on the backburner, launching in the future.”