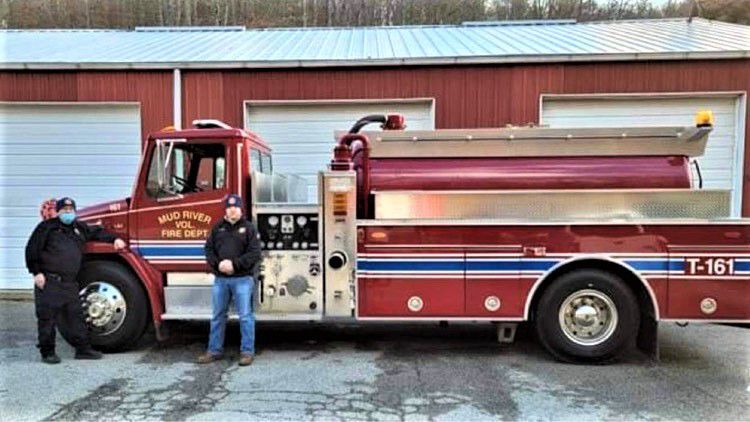 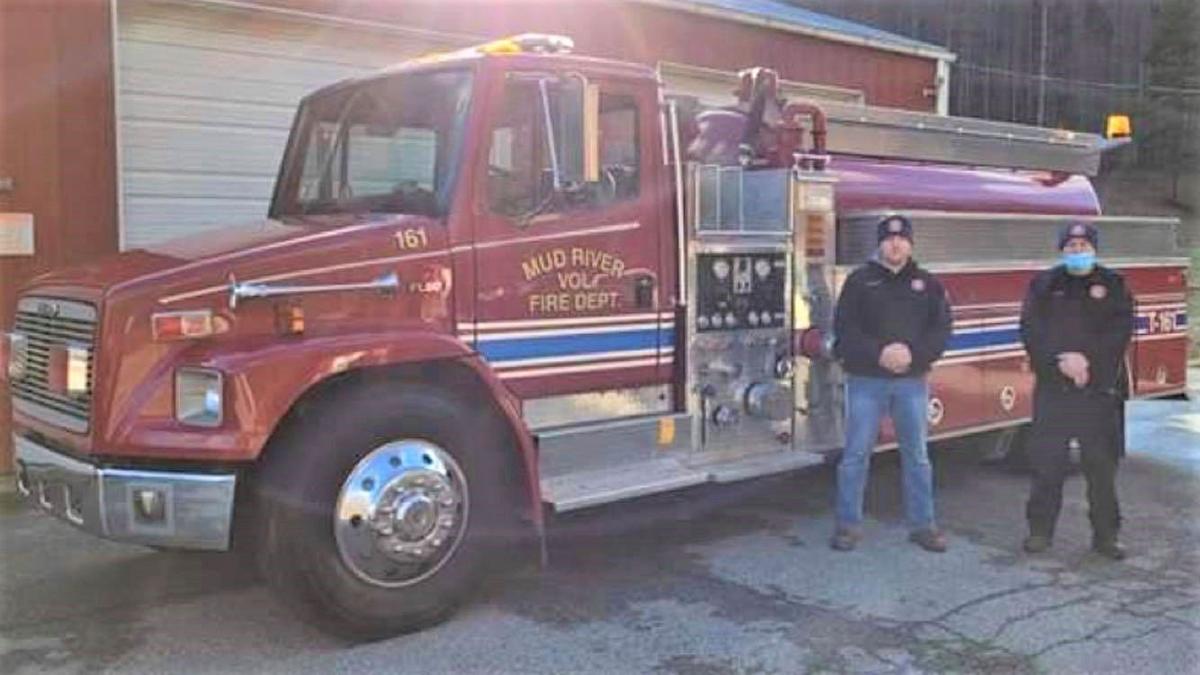 SPURLOCKVILLE — With a new truck in their possession, Mud River Volunteer Fire Department officials say they can better serve their citizens with a much-needed upgrade in equipment.

Joining a fleet that includes an older pumper truck, a tanker and a rescue truck, the newly acquired truck can be utilized to fight fire as the first on the scene, move water as the second engine or play a supportive role via mutual aid for other area departments.

The 2000 Freightliner, purchased for $50,000, came with some needed upgrades and repairs that included replacing the valves, air hoses, dump tanks, tires and more. The upgrades put the cost at approximately $96,000, but according to Lovejoy, the investment is a great value for the department that will facilitate years of faithful service at a fraction of the cost of a new truck.

Money to purchase the truck came via state funding. In order to support local agencies with firefighting equipment, training, and the cost of maintaining the fire departments in West Virginia, additional revenue is allocated from a 0.55% surcharge imposed on fire and casualty insurance policies issued in the state.

According to fire officials, the state insurance surtax provides an additional $40,000 to $50,000 annually per department.

Lovejoy said equipment needs for Mud River include future plans for updated MSA bottles, which must be upgraded every decade.

The cylinders are used in combination with a breathing apparatus and full face mask for firefighting, maintenance and/or rescue operations for breathing protection.

“That will be our next big purchase,” Lovejoy said. “We have some currently, but they have a shelf life and it is about time to purchase new ones.”

“We base our recruiting through helping the community and being seen by the community,” he said. “Most of our guys live pretty close. We actually have more than 15 members, but some have pretty demanding jobs that keep them from responding as often as they’d like to.”

He said that without schools in their area, Mud River has to think outside the box when it comes to recruiting.

“We have fishing tournaments once a year down here at our dam and we go down there and set up and whether it helps us gain new members or it helps another department, we like to let people know what it is all about,” he said.

Mutual aid is an important part of preparedness, according to Lovejoy.

“We run a lot of mutual aid with Morrisvale (Volunteer Fire Department) and they come over and help us out and we help them out. Lincoln County has a county-wide mutual aid agreement.”

While many fire agencies are struggling to maintain basic needs across the state, Mud River is on solid ground.

“We’re doing pretty good,” he said. “We largely rely on the levy and in winter months, folks tend to not pay a lot of taxes at that time and that is up and down.”

In his 20s, Lovejoy said his love for serving the community comes honestly. His father John is the Mud River Chief.

“I was raised in it,” he said. “I put my application in as a teenager. I like helping people and I’ve seen a lot of stuff in a short amount of time. I enjoy being out in the community and helping. My uncle (Kevin Lovejoy) was the assistant chief before me and it runs in the family.”

The department has an ISO rating of 5-5, which represents a very solid score based on state numbers, particularly in a rural area with many challenges. Due to a lack of consistent water access points like fire hydrants, rural departments often struggle with these ratings but can improve those numbers through rural water movement training.

ISO is an acronym for Insurance Services Office, which is an independent, for-profit organization. The ISO scores fire departments on how they are performing against the organization’s standards to determine property insurance costs.

After analyzing the data it collects, the ISO assigns a Public Protection Classification (PPC) on a scale from 1 to 10. A high fire protection class (with Class 1 being the top rating) represents the most efficient agencies. These ratings can influence fire insurance rates for residents.

Through the COVID-19 pandemic, Lovejoy said, his department has stopped hosting birthday parties and baby showers and has focused on overall safety.

“Every time we run a medical call, we have a face covering on,” he said. “We do everything we can to protect the community and our members.”

Lovejoy said that, ultimately, he enjoys the work and the responsibility that comes with being an assistant fire chief.

“I guess it’s just in my blood,” he said. “Doing this comes naturally for anyone who was raised around it like I was.”