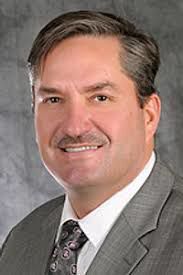 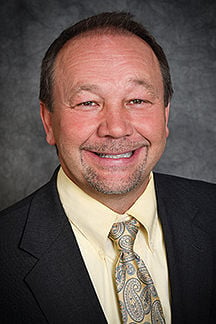 With less than two months to go until Election Day, the race for the District 7 West Virginia State Senate is heating up as both candidates outline their goals.

District 7 of the West Virginia State Senate — which represents Boone, Lincoln, Logan, and parts of Mingo and Wayne counties — is currently represented by Democrats Paul Hardesty (D-Logan) and Ron Stollings (D-Boone). Two candidates from Logan County, Democrat Ralph Rodighiero and Republican Rupie Phillips, are vying for the one open seat that is currently held by Hardesty, who chose not to seek re-election in 2020.

Hardesty has served in the seat since Jan. 17, 2019. He was appointed by Gov. Jim Justice after Richard Ojeda (D-Logan) resigned to mount a bid for president of the United States. Ojeda suspended his presidential campaign just a week later on Jan. 25, 2019.

The general election is Tuesday, Nov. 3.

Rupie Phillips, of Lorado, is a 1987 graduate of Man High School who previously served in the United States Air Force after deciding that college was not for him. His work history includes jobs with the coal industry and as sales representative for Whites Armature Works and, currently, Gould Electric Motors.

Phillips served in the West Virginia House of Delegates from 2010 to 2018. For most of that time he was a Democrat, but he switched parties to Republican in January 2017 citing the Democratic Party’s increasing stray from his own conservative values.

In 2018, Phillips ran for a seat in the U.S. House in the West Virginia District 3 race, but lost in the primary election, coming in second to Carol Miller, who ultimately won the general election and is the current incumbent of that seat.

Phillips said previous holders of the State Senate seat he is running for — Earl Ray Tomblin, Hardesty and Art Kirkendoll — were all “phenomenal” senators and that he’d like to bring his conservative platform of being “pro-coal, pro-God, pro-gun and pro-business” if elected. He said he filed a pre-candidacy form in December 2018 in the initial hopes of challenging Ojeda prior to his resignation.

“During the general election of ’18, people were asking me what I was going to do and what was my next step and I said, ‘Well, I’ll either run for Congress or I’ll run for State Senate, basically, to knock Ojeda out because he’s not what we need,’ ” Phillips said.

“Even though he dropped out of the Senate, I stayed on board because I don’t think the liberals need to be in charge, and I just think the Democrats has went a different direction than what southern West Virginia people are,” Phillips added.

Phillips said his prior experience in the House of Delegates means he is well-equipped to take on the job, noting his success of having dozens of his sponsored legislation passed through the Legislature and signed by the governor. He added that the State Senate would give him more ability to help southern West Virginia than the delegate position did.

On specific policy, Phillips said he’d like to clean up streams and expand sewage access in West Virginia. “There’s more sewer dumped into our streams and rivers than you can imagine,” he said.

He said he wants to continue fighting for the state’s coal industry and cut back on state subsidies for wind energy.

“When are we going to stop taking away from our coal industry?” Phillips said. “It’s time to draw the line in the sand and say, ‘Hey,your windmills does not work. Your solar panels does not work. It will not sustain what we need. Coal does. We have good coal miners.’”

Phillips said he wants to support law enforcement because they are “getting the shaft.” On education, he said he’d like to see state involvement relaxed because teachers know what’s best for their individual classrooms.

Phillips said he will be accessible to his constituents and will make extra effort to make connections with various groups and organizations.

Rodighiero is a 1981 graduate of Logan High School whose work history includes 31 years with UPS. He describes himself as accessible to the people 24/7.

“I identify with these people. I’ve watched their kids grow up. I’ve knocked on their doors, I’ve sat on their porches, drank a cup of coffee with them. I don’t put myself above anyone, and I don’t put myself below — I can sit and talk with anybody.”

Rodighiero has positioned himself as somewhat of a moderate Democrat, taking on conservative stances such as being pro-life and against stricter gun control while championing unions and opposing conservative “school choice” education reforms, adding that he was in favor of the fight to raise teacher salaries in West Virginia.

Like his opponent, Rodighiero cited infrastructure like sewage in southern West Virginia as one of his main priorities.

“We’ve got drains that are constantly needing replaced,” Rodighiero said. “I get more phone calls on drainage issues, stopped up drains … our water supply, abandoned buildings … I’ve got rental property myself, and I’ve several times had to run my own lines out to the main line because the lines are 75 to 100 years old in a lot of areas. We’ve got sewage still going into our creek banks.”

“Tourism is going to continue carrying southern West Virginia,” Rodighiero said. “Coal is amazing. It thrives, and it falls off. I don’t know what direction it’s going to go … I think we could be, possibly, another Gatlinburg in years to come. I remember going to Gatlinburg 40 years ago with my family, if not longer, and it wasn’t a whole lot more than what we’ve got.”

Rodighiero said he is currently working as a delegate with other leaders on getting a zipline in the region and has discussed having a splash park installed at Chief Logan State Park. He also noted other local tourism projects that have been accomplished or are in the works, such as kayaking, cabins, the Appalachian Outpost at the old Rita Mall near Man, Hatfield-McCoy Trail System and the Twin Branch Drag Strip in Mingo County, which remains unopened.

Rodighiero often takes to Facebook to poll constituents for their thoughts on issues. He said he wants to use the responses he gets from people to help make his decisions if elected to the State Senate.

“I think the people’s got faith in me when I’m over there,” Rodighiero said. “If there’s a controversial issue, I will post it, and I let the people decide how they want me to go. I don’t decide, they decide. I want to be able to better represent the people of southern West Virginia.”