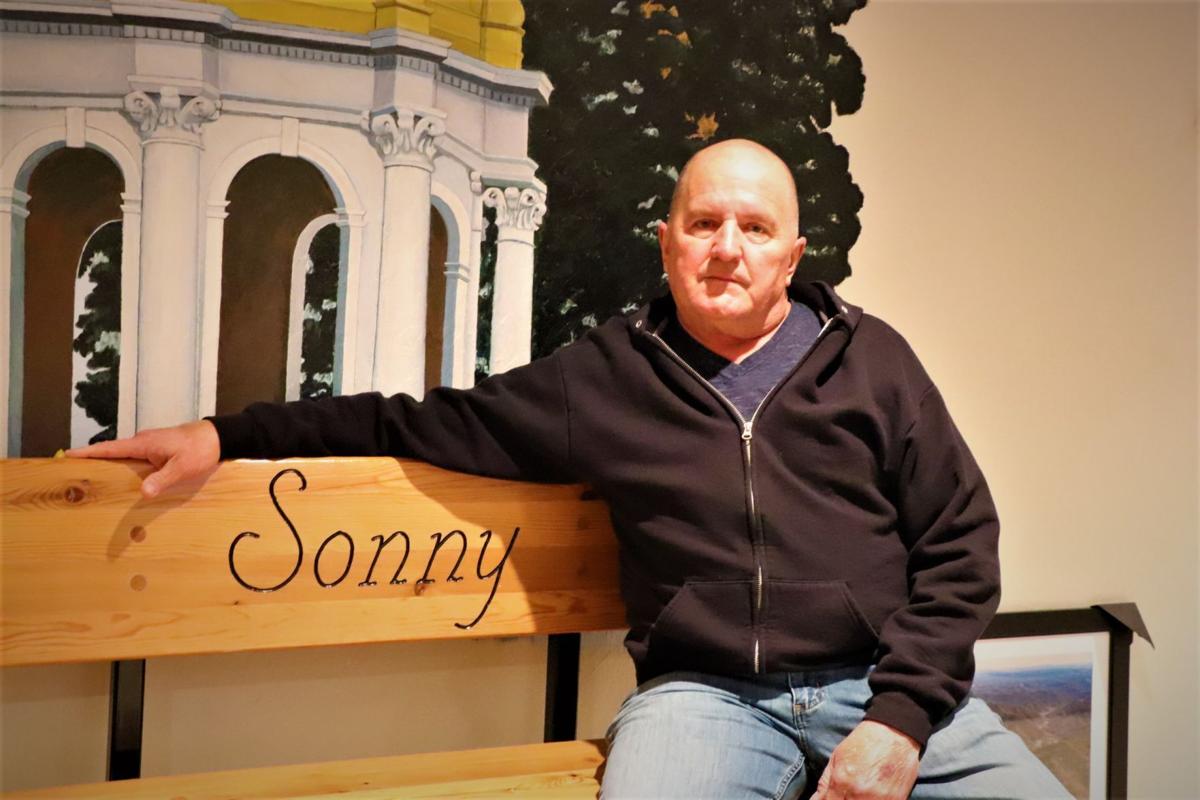 City of Madison Police Chief and City Manager Chet Burgess said that he is thankful for all of the well wishes and quality health care he’s received after a heart scare nearly took his life three weeks ago. 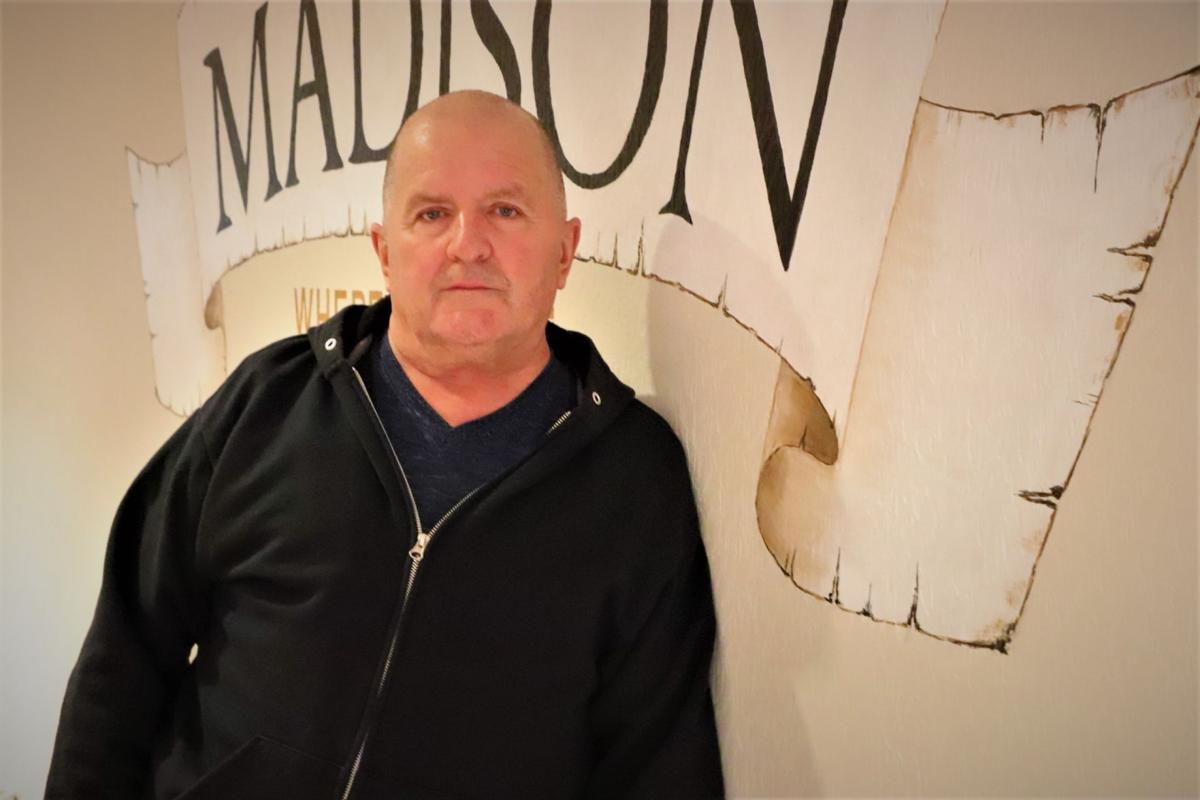 City of Madison Police Chief and City Manager Chet Burgess said that he is thankful for all of the well wishes and quality health care he's received after a heart scare nearly took his life three weeks ago.

City of Madison Police Chief and City Manager Chet Burgess said that he is thankful for all of the well wishes and quality health care he’s received after a heart scare nearly took his life three weeks ago.

City of Madison Police Chief and City Manager Chet Burgess said that he is thankful for all of the well wishes and quality health care he's received after a heart scare nearly took his life three weeks ago.

MADISON — Madison Police Chief and City Manager Chet Burgess said he is going to celebrate his 65th birthday today even though he’s never put much thought into his own before now.

“Today is the most important birthday of my life,” he said. “I could very easily not be here, and I’m thankful for every breath I take.”

Burgess spent Monday at Madison City Hall catching up with his co-workers and reconnecting with the man who, according to Burgess, “saved my life.”

Capt. John Adams has many skills. He serves as a fire department chief and he is a police K-9 trainer. On Feb. 1, he had to tap into other skills to help his friend and boss on the police force.

Burgess said he had been experiencing pain in his arms and shoulders for some time and said that he’s experienced so many bumps along the way, he attributed it to getting older.

“I went down to the garage about 6 a.m. — and typically I’m there for a couple hours — and I met with someone in West Madison and then I came to the office around 8 a.m.,” Burgess said. “I’d been on the phone with someone and I had gotten off the phone. I was hurt pretty bad when I was young and I thought I had a pinched nerve in my back.”

Burgess went into the police crew bay with Patrolman Joseph Marino, and Captain Adams was in his office next door.

“I was going to talk to Marino about something and I walked over to an empty desk and I started getting severe tunnel vision and my eyesight was closing up,” he said. “I knew I was in trouble. The next thing I remember was I was in the floor sitting up and Captain Adams was rubbing my heart and I came to and I heard the office staff in the hallway talking about the ambulance being called.”

Burgess said he knew he’d been unconscious but didn’t know for how long. He knew Adams had been working on him.

Adams said, “I got no response in smacking his face and he was really red and his lips were turning blue. He didn’t have a pulse so I started a sternal rub. I checked his pulse again and thumped him in the chest and searched for my spot to start compressions and then he came back around.”

A sternum rub is the application of a technique involving the knuckles of closed fist to the center chest of a patient who is not alert and does not respond to verbal stimuli.

Burgess was thankful for his friend’s quick action.

“There is no doubt about it that John Adams saved me,” he said. “When I woke up he was working on me. I remember taking my gun off and giving it to him because I knew I was going somewhere.”

Burgess said his natural inclination was to say, “I’m alright, just give me a minute.”

He added, “The medical responders were firm that I was going and I was just too tired to argue.”

Burgess was transported to CAMC Memorial in Charleston. Burgess said he remembers handing his wife (Tammy) his wallet and phone and he was awake on the ride to Charleston.

“I remember going in the emergency room entrance and I coded again,” he said. “From there I just remember pieces here and there. When it was all said and done, they took me off the ventilator and I had lost three days. I remember fighting them at some point because I couldn’t breathe. I’m sure I did some things I’m sorry for and I have apologized to everyone I could find.”

Burgess said it was a perfect alignment of help that came to his aid from Adams, the ambulance crew, the hospital and a doctor stepping in who just happened to be in the ER at the time.

Dr. Howard Stanton of Charleston brought over four decades of experience to the situation.

“He came to my wife and she asked him to do everything he could to save me and he jumped in and took on a patient that wasn’t his and went to work on me and I understand that I coded about five more times there,” Burgess said.

Burgess had a 100 percent blockage on the right side of his heart. He needed two stints.

“They tried and tried and couldn’t get the wire through it,” he said. “He found a way to get it through there and opened me up. I can’t thank the Lord and him enough. He jumped in and never looked back until I was safe. That’s the kind of doctors we need — it’s the kind of people we need.”

Burgess said he was told his situation was complicated by the fact he had tested positive for COVID-19 and had pneumonia. “I was asymptomatic, so it’s a bit confusing,” he said.

Burgess said he was told the troublesome artery was in an area of the heart that was most difficult to fix but traditionally heals the best through recovery efforts.

“The pain that I was feeling in my body is gone already,” he said. “I can’t express how much better I feel already. Sometimes you don’t realize how bad you felt until you feel good again.”

Burgess has been home recovering since Feb. 8 — and he said the sofa and the television aren’t very good company.

“I’m about to throw the TV and the couch out the window,” he said, laughing.

Tammy Burgess said her husband has a strong will.

“He’s so determined, head-strong and so independent that if the doctor says not to push yourself, he’s got to be careful not to do it anyway,” she said. “They are amazed at how quickly he started getting around and began taking care of himself. It’s been pretty amazing to watch.”

She added that her moment of clarity regarding his situation came upon his leaving the hospital.

“It hit me there what all he’d been through,” she said.

Burgess has seen his grandkids twice and said there is no therapy or medication that compares.

“You can’t prescribe what spending time with them has done for me,” he said. It’s immeasurable.”

He cites the support of his daughter Katie and her husband Dave Simmons, his son T.C. Burgess and his wife Britney, son Derrick Gleason and grandkids Tanner, Cooper, Thomas, Parker, Kaitlyn and Madison as sources of strength.

Burgess said the family of Madison Mayor Buddy Hudson have been tremendous along with the City Council, employees and so many extended family and friends. Burgess wanted to thank Dr. Howard Stanton, the Boone County Ambulance Authority, and the staff at Charleston Memorial Hospital for their care.

Burgess said the outpouring of concern from law enforcement agencies across the state was overwhelming. With nearly three decades of service to the city under his belt, Burgess said he isn’t ready for retirement yet — as long as his health continues to improve.

“I can’t really put into words how much gratitude I have for so many people and what they’ve done for me,” he said. “All of the messages and well-wishes aren’t taken for granted.”