Sign Up
Log In
Purchase a Subscription
You have permission to edit this article.
Edit
News & Features
Sports
Opinion
Obituaries
Photos
HD Media LLC
Share This
1 of 3 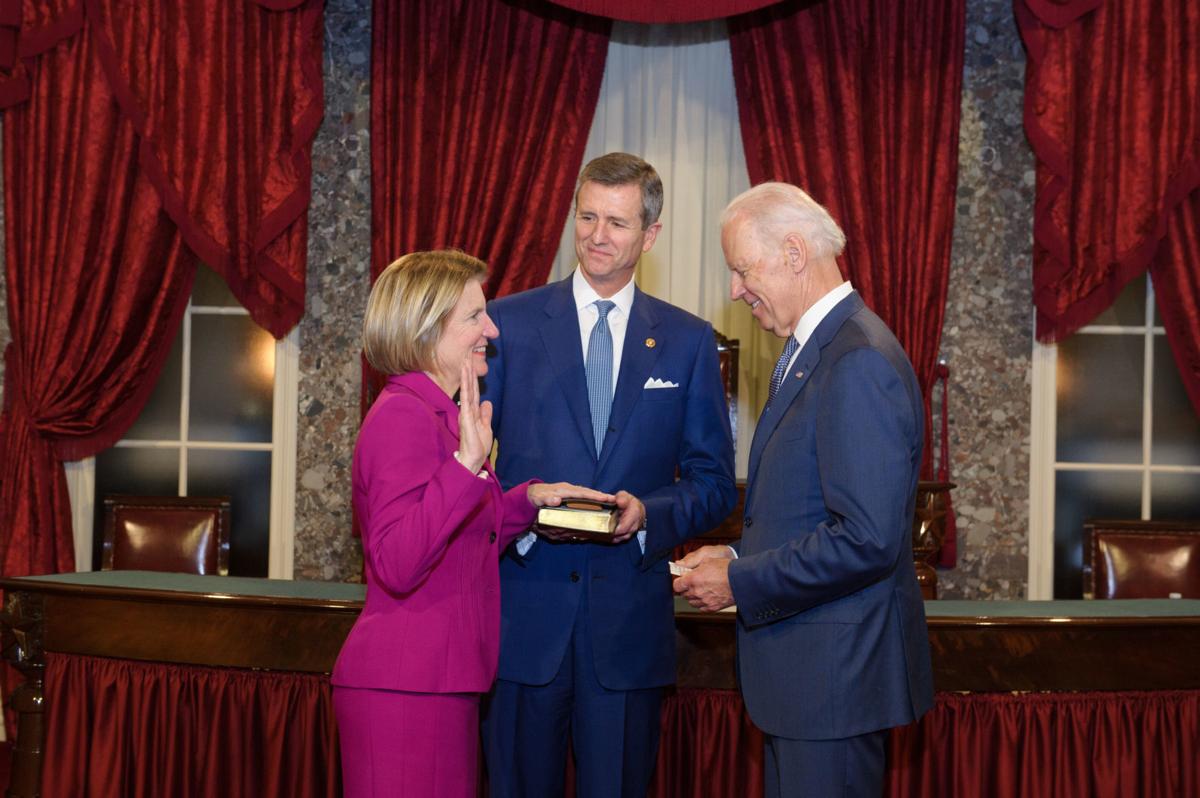 Vice President Joe Biden administers the oath of office to Sen. Shelley Moore Capito, R-W.Va., on Jan. 7, 2015, while her husband, Charlie Capito, looks on. Charlie Capito will become the president of the Congressional Club Museum and Foundation, a club for congressional spouses, in 2021, making him the first man to hold that position. 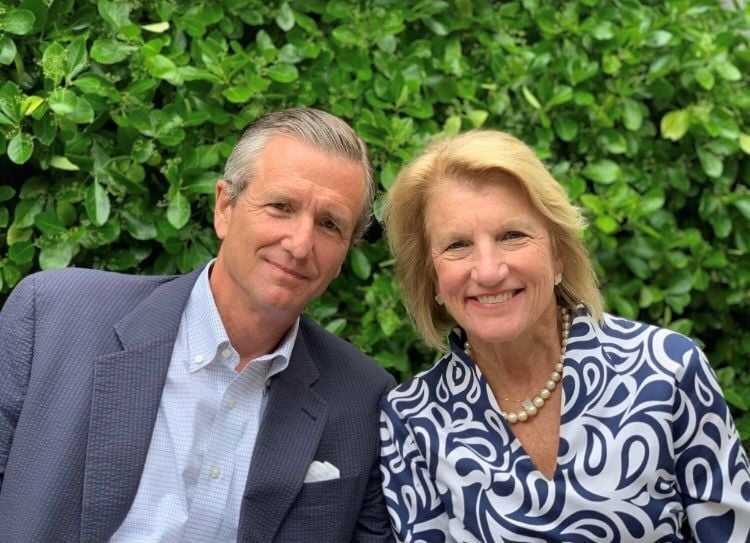 Charlie Capito and Sen. Shelley Moore Capito, R-W.Va., pose for a photo. Charlie Capito will become the first president of the Congressional Club Museum and Foundation in 2021, the first man to do so in the club’s 113-year history. 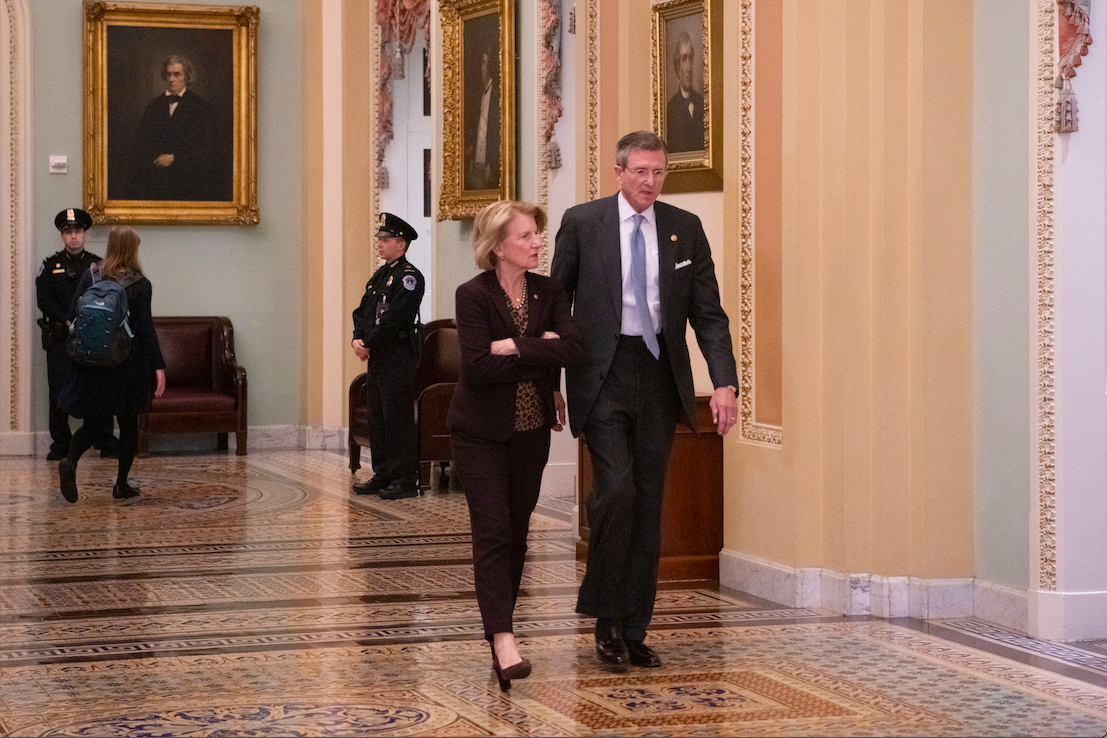 Sen. Shelley Moore Capito, R-W.Va., and her husband, Charlie Capito, walk through the U.S. Capitol on Jan. 23, 2020. In 2021, Charlie Capito will be the first man to be president of the Congressional Club Museum and Foundation.

Vice President Joe Biden administers the oath of office to Sen. Shelley Moore Capito, R-W.Va., on Jan. 7, 2015, while her husband, Charlie Capito, looks on. Charlie Capito will become the president of the Congressional Club Museum and Foundation, a club for congressional spouses, in 2021, making him the first man to hold that position.

Charlie Capito and Sen. Shelley Moore Capito, R-W.Va., pose for a photo. Charlie Capito will become the first president of the Congressional Club Museum and Foundation in 2021, the first man to do so in the club’s 113-year history.

Sen. Shelley Moore Capito, R-W.Va., and her husband, Charlie Capito, walk through the U.S. Capitol on Jan. 23, 2020. In 2021, Charlie Capito will be the first man to be president of the Congressional Club Museum and Foundation.

CHARLESTON — Since West Virginians sent his wife to Congress 20 years ago, Charlie Capito has learned to expect the unexpected, especially when it comes to the congressional schedule.

“These people, they change their schedules a lot,” Capito said, as Sen. Shelley Moore Capito, R-W.Va., returned to work in the U.S. Senate one day last month. “I’m sitting here as an example of the schedule changes, because we were supposed to come home yesterday.”

Adapting to change has been the hallmark of a congressional spouse for Charlie Capito, who worked in finance for more than 40 years.

This month, he’ll be part of another change when he takes over as president of the Congressional Club Museum and Foundation, a social and philanthropic group for spouses of members of Congress and other high-ranking federal officials. Charlie Capito will be the first man to lead the club.

The club was established in 1908, eight years before Montana Republican Jeanette Rankin was the first woman elected to Congress in 1916.

Since then, the club has focused on being a place where spouses of senators and House representatives can spend time while they are in Washington, D.C., and find support for how to balance their personal lives with the workload and public scrutiny that comes with federal public office.

Charlie Capito first engaged in the club during a new-member orientation in November 2000, about a week after Shelley Moore Capito was elected to the U.S. House.

“I use the term safe space, and I don’t know if it’s the right term or not, but folks visit with each other and they’re all in the same situation,” Charlie Capito said.

In addition to a particular sort of spousal support, the club hosts philanthropic events, although many of their annual events were canceled this year because of the COVID-19 pandemic, Charlie Capito said.

The group established the tradition of the U.S. president laying a wreath at the Tomb of the Unknown Soldier at Arlington National Cemetery, and the club hosts an annual luncheon honoring the first lady. The club also focuses on serving underprivileged children living in the District of Columbia, Charlie Capito said.

Charlie and Sen. Capito’s three children were either in high school or college, and there were a total of 73 women serving in the 535-member Congress — 13 women in the Senate and 60 women in the House of Representatives, according to Center for American Women and Politics at the Rutgers University Eagleton Institute of Politics.

As the Capito children matriculated, graduated and started families of their own, the number of women in Congress increased, as 126 women — 25 in the Senate and 101 in the House — served in Congress in 2020, according to Center for American Women and Politics.

Of the 126 women serving in Congress in 2020, 105 were Democrats and 21 were Republicans. In 2021, Sen. Kamala Harris, a Democrat from California, will be sworn in as vice president of the United States, the first woman to be elected to federal executive office in the 244-year history of the United States.

“I think we’re reflecting what America looks like,” Sen. Capito said. “I think that’s important. I’m particularly proud this year that we added more Republican women, because we’ve been woefully short on that.”

Sen. Capito said it has been her experience that women in Congress are more likely to work across party lines and co-sponsor each others’ bills based on merit. She said it’s been a great experience for her to slowly but surely get more female colleagues in the Senate.

“It’s been a fun transition for me,” she said.

Likewise, it’s been a transition for the Congressional Club, which Charlie Capito describes as being “scrupulously bipartisan.”

Charlie Capito said he was glad to be a member of the club until someone simply asked him a few years ago if he would like to be involved in a leadership role there. He said he’d be happy to help in any way he could.

“A few months later, they called and said, ‘Well, you’re on the slate,’” Charlie Capito said. He also was the first man to serve on the club’s leadership board.

Charlie Capito has experience serving in such capacities. He’s a member of the West Virginia University Board of Governors and he’s been a member of the Charleston Area Medical Center Board of Trustees for almost a decade.

Charlie Capito said his focus as president will be simple: Make sure the club continues to do what it does best and look at how it can evolve with the times.

“I’m a steward of the club’s terrific heritage and history, and, going forward, I certainly don’t have any agenda,” Charlie Capito said last month. “This is what we’ve done for 112 years, so how do we adapt like other places are adapting? You look at the family dynamics, and now there are multiple professionals in each household … some people move to (the District of Columbia) and some don’t. It’s just sort of a club taking a look at itself, but I certainly don’t have an agenda, per se.”

Capito said that if he did have an agenda in the nation’s capital, it would be working as his wife’s biggest supporter, often traveling with her to the district to stay in a small apartment they rent there for when the Senate convenes.

Since Charlie and Sen. Capito’s children, Charles Jr., Moore and Shelley, are grown and living with their own families in Washington, Charleston and New York, respectively, the senator and her husband don’t have to sort out things such as school and activity schedules against their work schedules like they once did when Sen. Capito served in the West Virginia Legislature between 1996 and 2000.

What they do focus on together is making sure they are just as successful as a family as Sen. Capito is as a public servant.

“What we both realized over time … is that, for better or worse, a high-profile political position is inclusive of the entire family,” Sen. Capito said. “Whether it’s getting to do all of the fun things or whether it’s to have some of the really tough issues come in front of you — Charlie and I are a team. We always have been.”