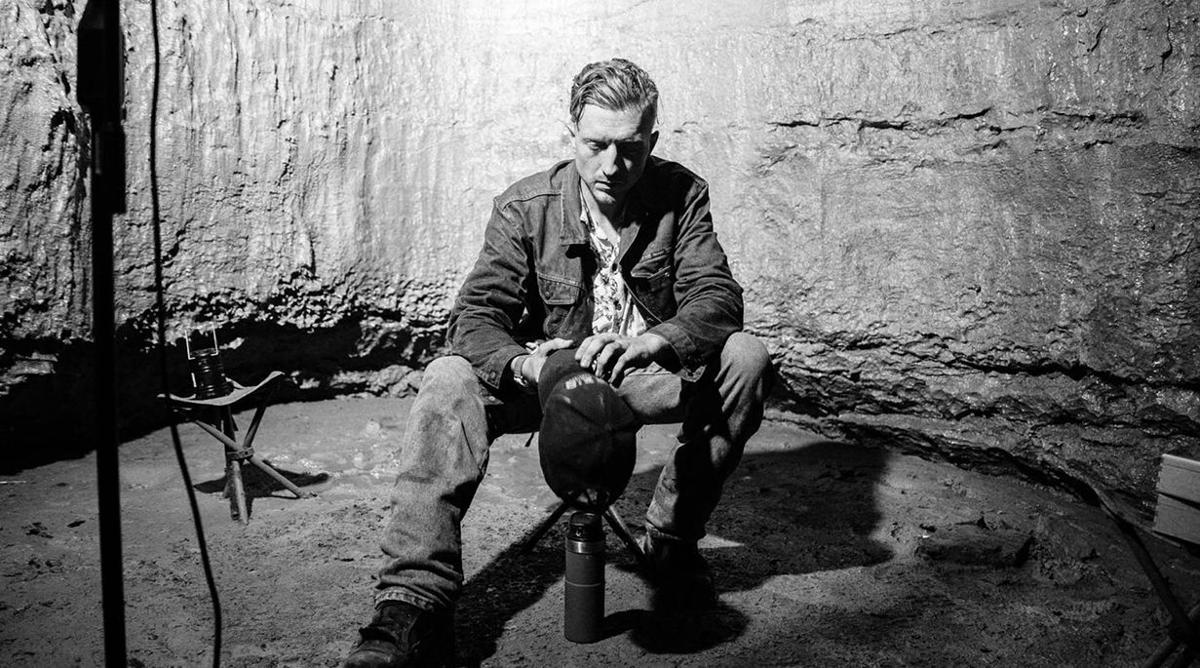 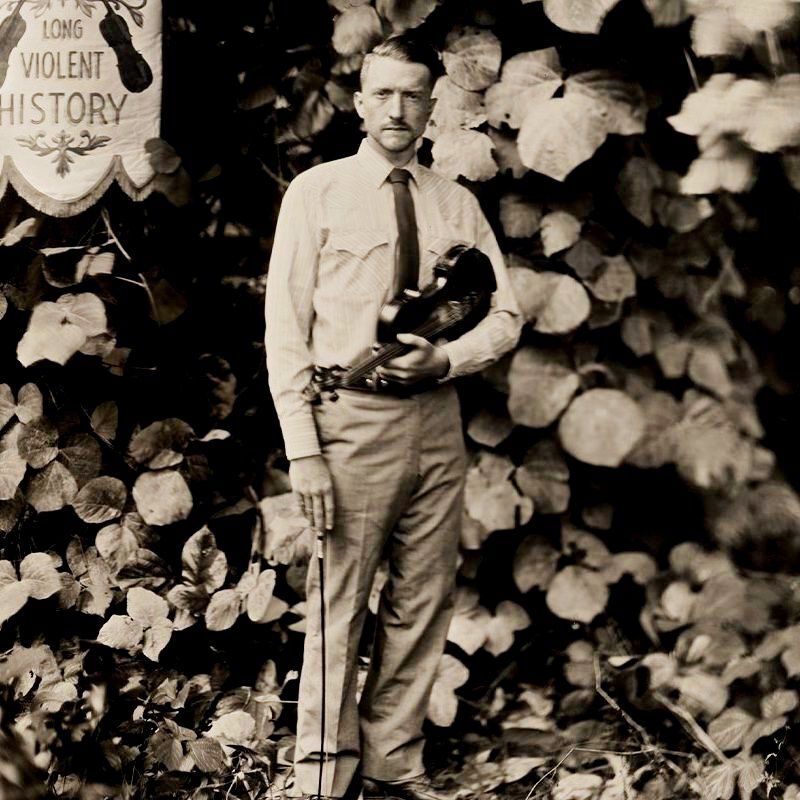 The year 2020 will go down in history as one of the most eventful and strange trips around the sun.

From a novel virus pandemic spreading around the planet to 40 million people being put out of work, from nationwide protests and riots to political upheavals, a comet in the sky and a 5.1-magnitude earthquake in the Carolinas, the world awaits what is to come in 2020’s final months.

In the midst of this curious time, during a period when the fate of the music industry is in doubt, Tri-State local-musician-made-good Tyler Childers surprised everyone when he released an unexpected album Sept. 18 called “Long Violent History.”

There is a lot to unpack with this album by Childers, as it is mostly an instrumental fiddle tune project augmented by the new melody and lyrics of the title cut. Because of the volatile times we live in and because of the nature of the aforementioned title and lyrics of “Long Violent History,” Childers was compelled to clarify the meaning of this new cut by filming a six-minute video message specifically geared toward his “white rural listeners.”

With the death of George Floyd at the hands of police in Minnesota earlier this year caught on camera, protests against bad policing and racial injustice broke out in nearly every major city in the United States, as well as in small towns from Boone, North Carolina, to Norfolk, Nebraska. Those peaceful protests soon led to purposeful violence perpetuated by anti-capitalist opportunists on the left of the political spectrum, and that provoked right-wing groups to hit the streets as well. Now, with three different waves of people on the streets, news of homicides and violence fill the front pages of the nation’s newspapers and TV news coverage.

Childers, simply put, did not want “Long Violent History” to be inappropriately grabbed up by any group that would use it in a negative way as an anthem. So, he clarified his position by releasing a video message to his Appalachian brethren. Childers’ approach was unique, stating that bad policing and racial prejudice perpetuated by a small section of mostly good law enforcement agencies was wrong, yet he put it into context by calling upon the history of the Appalachian people.

The Appalachian region, as history shows, has been used for its timber and coal for nearly two centuries while being led by local, county and state politicians who were bought and paid for by big coal companies, most of which were not based in eastern Kentucky or West Virginia. After all, if other good-paying, safer jobs are brought to the region, fewer folks would risk their lives by walking into a coal mine. Therefore, Appalachian politicians have always been targeted by outside forces and big donation money.

As an Eastern Kentuckian who has spent time living in West Virginia, Childers knows his history and brings events like the Battle of Blair Mountain into his commentary, also using well-known local landmarks to make his point.

“What if we were to constantly open up our daily paper and see a headline like ‘East Kentucky man shot seven times on a fishing trip’ and read on to find the man was shot while fishing with his son by a game warden, who saw him rummaging through his tackle box for his license and thought he was reaching for a knife?” Childers says in his video message. “What if we read a story that began, ‘North Carolina man rushing home from work to take his elderly mother to the E.R. runs stop sign and was pulled over and beaten by police when they see a gun rack in his truck’? Or a headline like ‘Ashland Community and Technical College nursing student shot in her sleep’? How would we react to that? What form of upheaval would that create? I’d venture to say if we were met with this type of daily attack on our own people, we would take action in a way that hasn’t been seen since the Battle of Blair Mountain in West Virginia.”

What is interesting about Childers’ message, especially in a time when all public posts are subject to ridicule from all directions, is that he confronts racism in a non-politically correct way. Using a different tactic that others outside of rural realities and traditions might find offensive, Childers shows pride in his mountain way of life.

“We can start looking for ways to preserve our heritage outside of lazily defending a flag with history steeped in racism and treason,” said Childers, “things like hewing a log, carving a bowl, learning a fiddle tune, growing a garden, raising some animals, canning our own food, hunting and processing the animal, fishing, blacksmithing, trapping and tanning the hide, sewing a quilt. And if we did things like that, we’d have a lot less time to argue back and forth over things we don’t fully know, backed by news we can’t fully trust. Love each other. No exceptions. And remember, united we stand, divided we fall.”

As for the music on “Long Violent History,” there are two ways to look at it. Most of the album is filled with fiddle tunes such as “Squirrel Hunter,” “Jenny Lyn” and “Bonaparte’s Retreat” played by Childers and guest musicians. After listening to the raw instrumentals, it is safe to say Childers is at the midpoint of his fiddle playing evolution. Childers knows it and admits it, saying in his video message that with this album, “It was my goal to make fairly legible sounds on the fiddle.”

In Eastern Kentucky, the Mountain State and the rest of the southern Appalachians, if you heard Childers’ current state of fiddling around a campfire, you would say, “Yeah, he is getting it quick. If he keeps it up, he’ll make the turn soon.” Anyone who has spent a night at the Appalachian String Band Festival in Clifftop, West Virginia, every August will understand what top fiddlers sound like, and what learning fiddlers sound like as well.

To Childers’ credit, he is smart enough to bring in a host of guest musicians who thicken up his sound, including Dom Flemons on banjo and bones, John R. Miller on bass, Andrew Marlin on mandolin, John Haywood on banjo, Jesse Wells on fiddle, Cecilia Wright on cello and Chloe Edmonstone on fiddle.

There is also a demarcation line concerning Childers’ career that makes this album worthy and important. Childers has become famous and successful worldwide as an artist. When a musician finally achieves his or her goal, things can change with the onslaught of fame and fortune. Many top musicians remember the days when they could walk around a festival and learn a new fiddle tune or learn how to play a new instrument by sitting on the second row of a jam. Once you become famous, however, others notice the not-perfect sounds of an instrument being studied or a crooked new tune being figured out, and the gossip spreads concerning a famous musician not sounding very good.

On the other side of the coin, once an artist like Childers does cross that line into acclaim and experiences four sold-out nights at the Ryman Auditorium, an album like “Long Violent History” exposes his fans to the rich, deep and fun history that is Appalachian old-time music. That is the case here, and the region is better for it.

To listen or buy Tyler Childers’ new album, go to longviolenthistory.tylerchildersmusic.com. All proceeds from the album will go to the Hickman Holler Relief Fund.