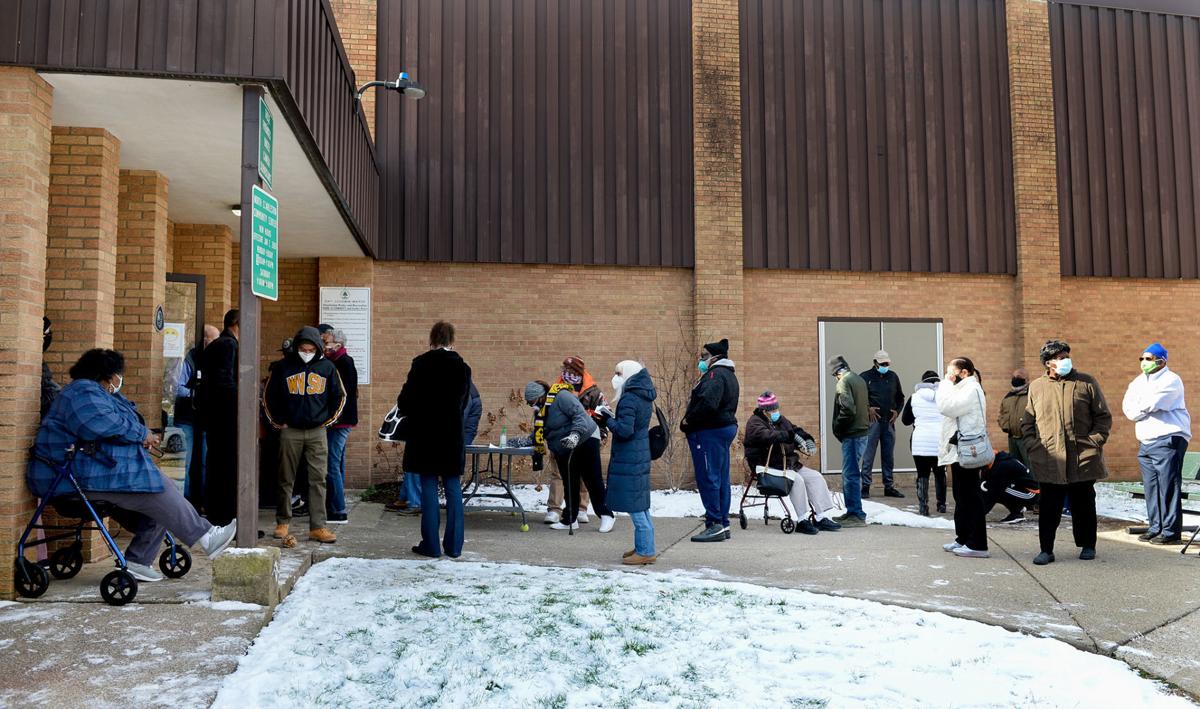 People waiting to receive their COVID-19 vaccinations stand in line outside the North Charleston Community Center on Feb. 4 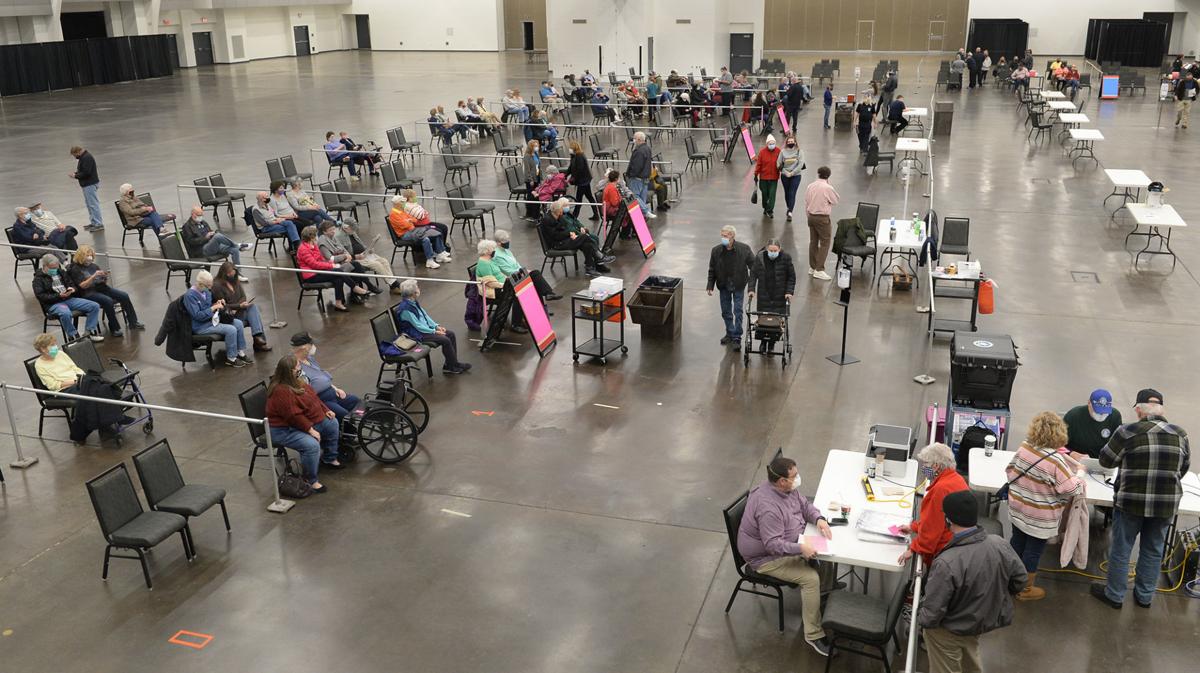 People waiting to receive their COVID-19 vaccinations stand in line outside the North Charleston Community Center on Feb. 4

CHARLESTON — Within an hour of Gov. Jim Justice’s announcement in December that older West Virginians could receive COVID-19 vaccines, lines formed outside health departments across the state as seniors awaited a dose.

It was the start of what would be lauded for months as a model vaccination rollout. The state got doses to nursing homes, hospitals and elderly West Virginians before other regions or states had even started.

“In a lot of ways today, that early success is why we’re now falling behind,” said retired U.S. Army Maj. Gen. James Hoyer, who heads the state’s joint task force for COVID-19 response. “Anyone who wants a vaccine now can get one. Who is left are people who maybe aren’t sure or who don’t want one.”

West Virginia now ranks near the bottom of vaccination rates in U.S. states and territories, according to a New York Times project tracking the data. For weeks, state leaders have warned people about hitting “a wall” with vaccinations.

As of Tuesday, six counties — Logan, Monongalia, Kanawha, Ohio, Hancock and Tucker — had administered at least one dose to 50% of eligible residents (those older than 16). Tucker is the state’s lone county with more than half its eligible residents fully vaccinated.

Justice last week tasked his administration with brainstorming ideas to help the state overcome the vaccine wall. This week, he announced that people ages 16 to 35 who get vaccinated can get a $100 savings bond as incentive. He later admitted that proposal had not been fully vetted.

“We tell them, fall sports — football, some others — their practices start in July. Well, if you don’t want to be quarantined if someone on the team does get sick, if you want to play uninterrupted, schedule an appointment now so you’ll be fully protected by July when that starts,” Reidy said. “That has worked — showing people how the vaccine is a very good tool, actually, for getting back to some semblance of normal.”

The Jefferson health department recently partnered with neighboring Berkeley County to hold large drive-thru vaccination events. Thirty-five percent of those eligible have been administered at least a dose in Berkeley. That’s the seventh-lowest rate in the state. Jefferson’s rate is 45%. Berkeley has distributed 1,186 vaccine doses in the past week, and Jefferson, 628. Those are drops in numbers from earlier in the year.

For almost two months, the health department has collaborated with other Kanawha County agencies to hold large, mass-vaccination events every Saturday at the Charleston Coliseum & Convention Center. Initially, appointments were required. People sometimes waited outside amid worries about supply. As those worries eased, so did the sense of urgency.

“We have enough product,” Young said. “We need the demand now.”

The health department hosted one of the last of its large vaccination fairs Saturday. Now, events are being scheduled in eastern Kanawha County and throughout smaller communities outside Charleston.

The health department is well-staffed and resourced. Other agencies across the state are staffed by one or two people, making similar efforts difficult or impossible.

Second-dose counts in West Virginia aren’t falling at the rate they are in other states. But first doses are fewer, according to state data. And COVID-19 variants are on the rise. So far, the vaccine is proving effective against the variants, but the strains are spreading quicker and make people sicker.

The U.S. Food and Drug Administration last week lifted a suspension on the one-dose Johnson & Johnson vaccine, allowing it to be administered with new warnings and definitions. Use of the vaccine was temporarily paused after 15 vaccine recipients out of nearly 8 million people developed an unusual kind of blood clot. All were women, most under age 50. Three of the women died.

Reidy said the challenge is ensuring people have accurate information.

“There is a lot of misinformation out there, and even bad information that means well,” Reidy said. “We need to find a way to cut through that and make sure facts are getting to residents. If you’re making health decisions based on unverified claims from social media — and we know there are lots of those — we need to get you talking to a doctor.”

Justice announced Wednesday that the state would ramp up marketing, including public service announcements. Previous education initiatives, while described as integral by the state, have largely been left to localities.

The governor has said as many as 40% of eligible West Virginians — about 588,000 people — might be “vaccine hesitant,” but that figure is not substantiated.

An Axios-Ipsos survey estimates about 23% of people in West Virginia and its surrounding U.S. census region are hesitant. A state-specific survey from Morning Consult with similar parameters estimates the share at 28%.

Hoyer said an arm of the state’s Joint Interagency Task Force is working with West Virginia University’s Reed College of Media to survey different groups across the state to understand why people are declining to be vaccinated.

“We know there are going to be things we do and try that are going to fail, but there’s no playbook for this,” Hoyer said. “Right now, this is about educating people as to the importance, the value, the safety of the vaccine. Everybody is tired. If we want back to normal, we’ve got to use the best shot we have, and that’s getting people vaccinated.”