Sign Up
Log In
Purchase a Subscription
You are the owner of this article.
Edit Article Add New Article
You have permission to edit this article.
Edit
News & Features
COVID-19 Vaccine
Sports
Opinion
Obituaries
Photos
Salute a Nurse
Contests
HD Media LLC
Share This
1 of 3 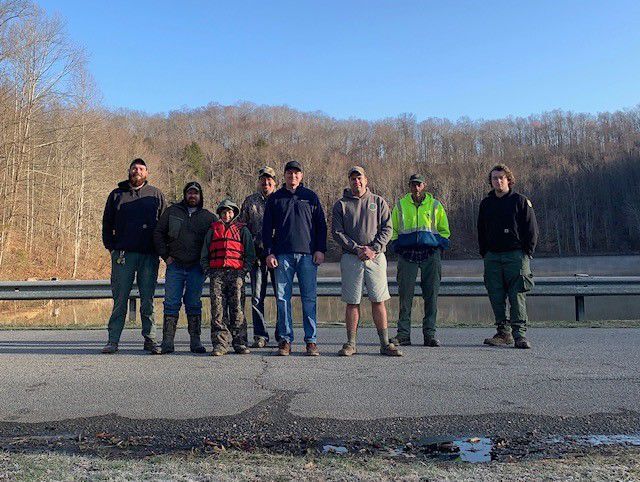 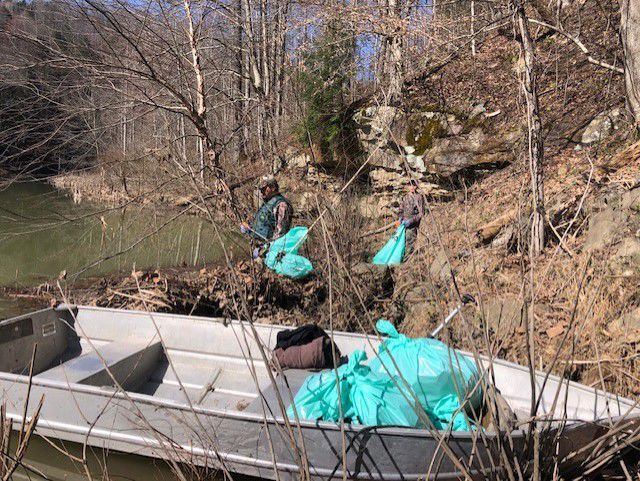 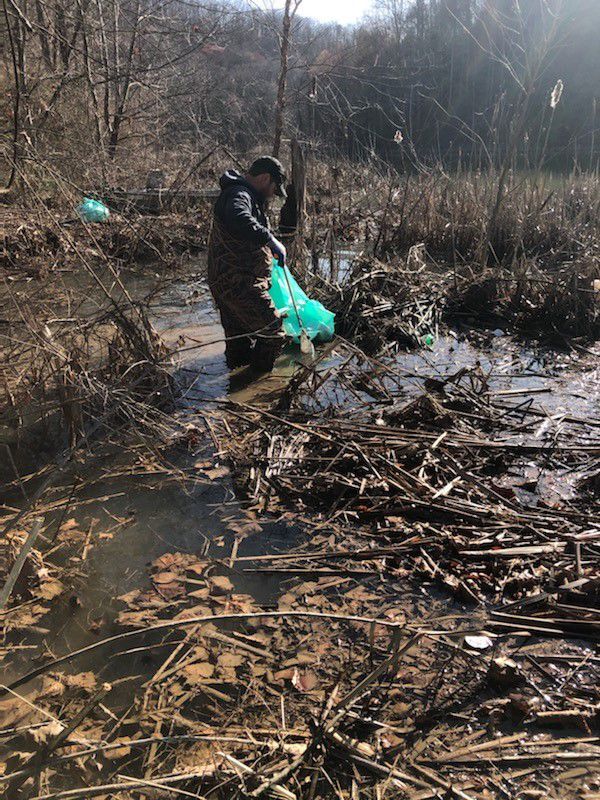 SIAS, W.Va. — A collection of volunteers and agencies pooled resources and time together to perform an organized cleanup at the Upper Mud River Wildlife Management Area, located about 12 miles south of Hamlin, on March 20.

Delta Waterfowl West Virginia Chapter Representative Mike Ball, along with four friends, came together with three employees of the West Virginia Department of Natural Resources Wildlife Division at Upper Mud River WMA to clean up trash around the lake.

The WVDEP supplied trash bags, gloves and trash pickers and arranged to pick up the trash after the cleanup. They used boats and waders to access an area of the lake that was impacted by the recent flood waters carrying trash into the lake.

“When you deal with state agencies, sometimes we have limited resources to actually have enough staff to go out there and do boots-on-the-ground kind of work like that,” said Project Manager Chris Cartwright with the WVDEP. “When you have folks like these volunteers, including Delta Waterfowl, who are willing to come out and do some volunteer habitat work and to do the cleanup they did is something we couldn’t accomplish without people coming out and doing the work with us.”

“The flood had really brought a lot of trash to the surface,” Ball said. “We had so many folks come out and do some great work. When people toss their trash out in that area, it eventually ends up in the lake and it isn’t a good situation for anyone, including the wildlife.”

He precut the pieces and the scouts worked together to assemble 12 boxes. Their efforts will help the scouts achieve a Conservation Merit Badge, while the boxes will be installed at Upper Mud River WMA to replace existing old or damaged boxes.

Cartwright said that, through the “Make it Shine” program, volunteers can get resources to help with their projects through the DEP.

“We provide clean-up supplies for virtually any group that wants to participate in something like that,” he added. “We coordinated for this project with the DNR to get stuff hauled off and in most cases we end up paying disposal fees for the waste and tires. We really want to stress that it is the volunteers that make this work and we love to work with folks like that.”