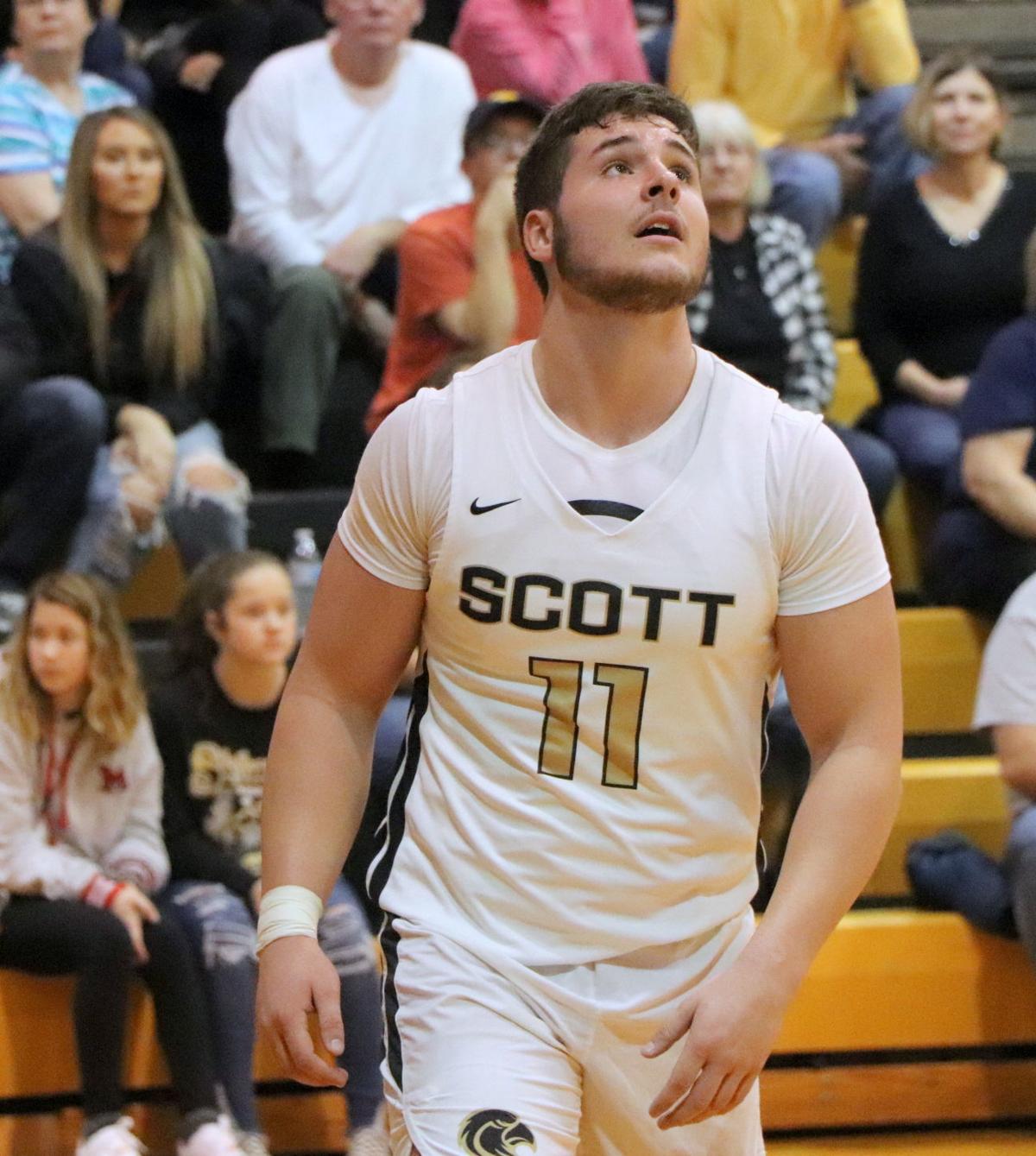 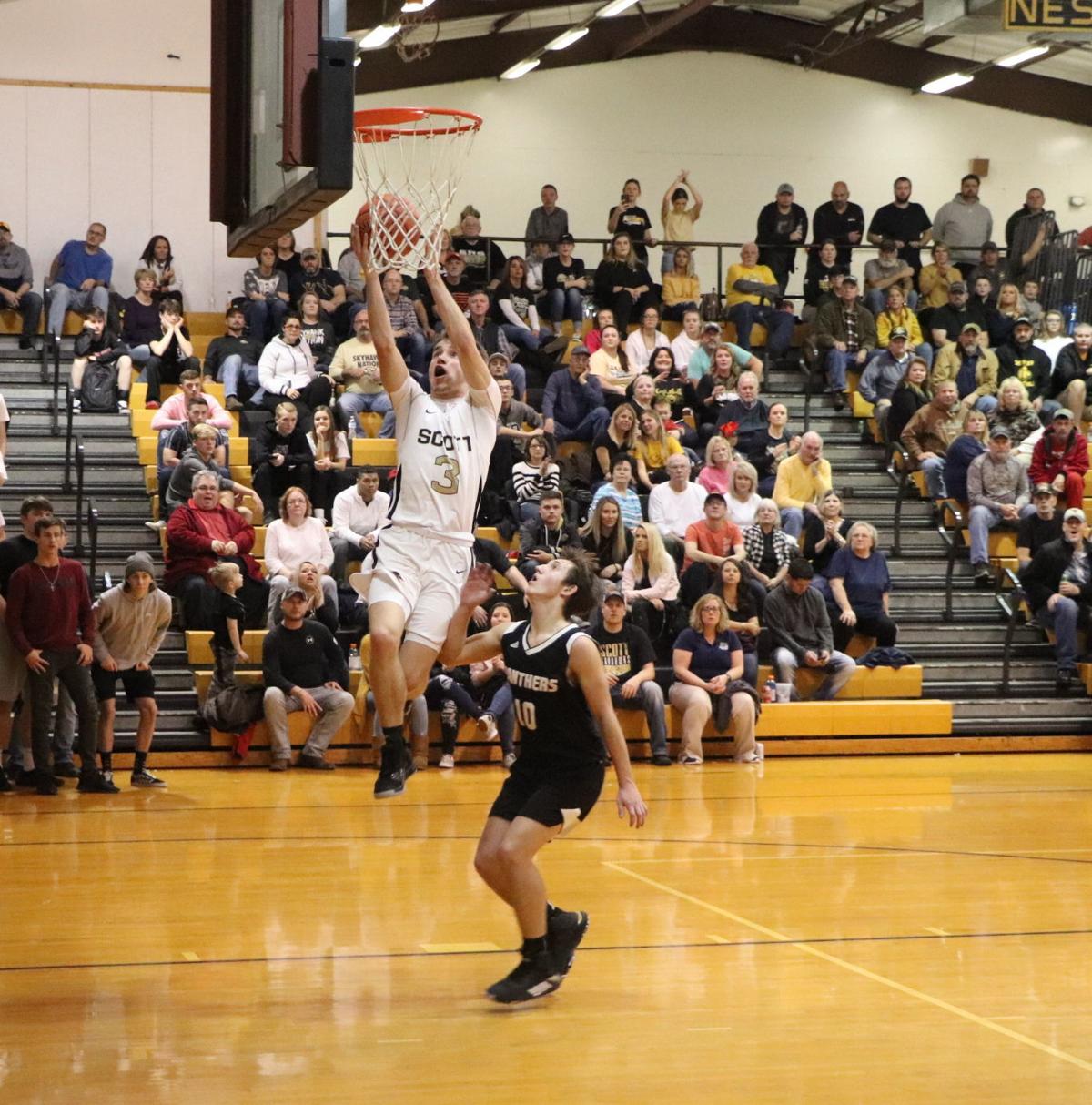 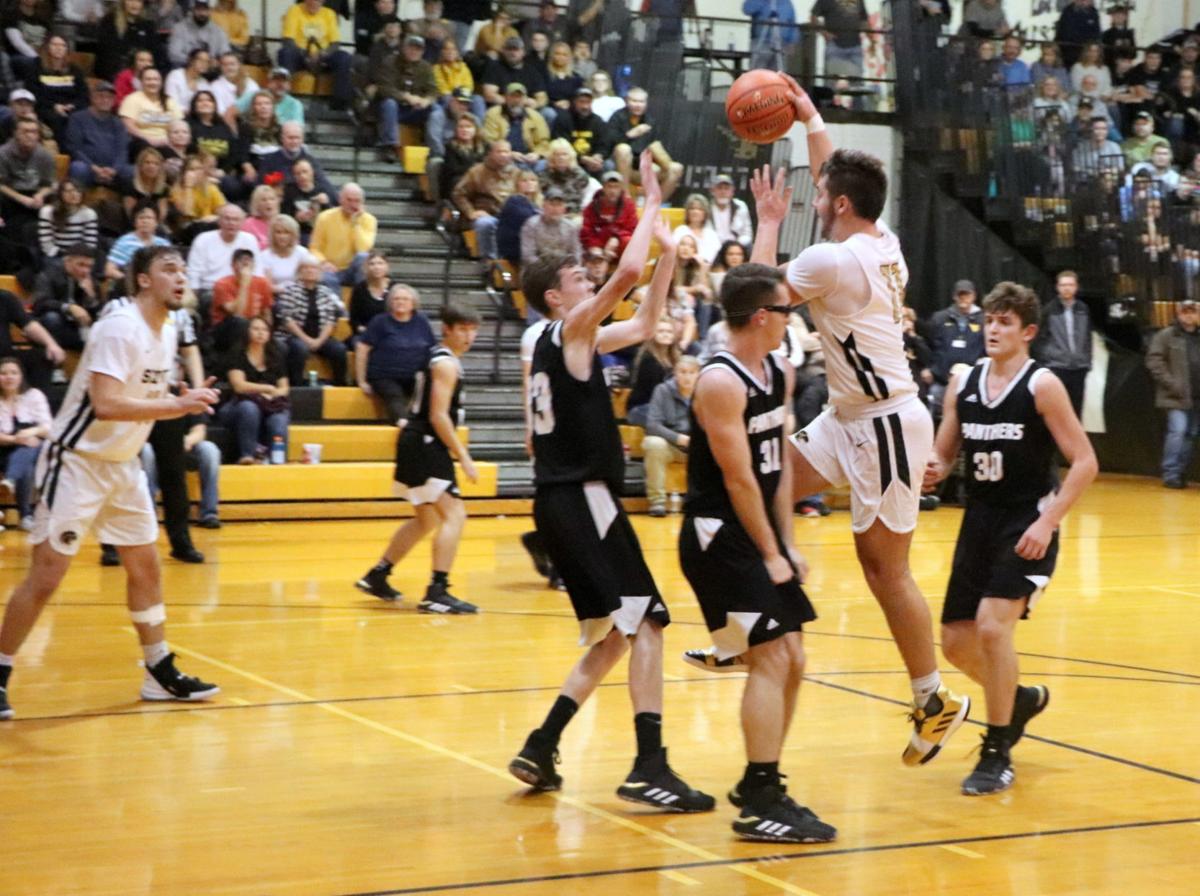 Jagger Bell finds the open man for Scott in a 78-66 win over Lincoln County on Tuesday.

Jagger Bell finds the open man for Scott in a 78-66 win over Lincoln County on Tuesday.

WEST MADISON — Senior wing-man Jagger Bell did what he does best on Tuesday night in the Hawks’ Nest: He put the ball in the basket.

Shawn Ballard earned his first victory as a head coach after serving as an assistant last season.

“It feels good now that it is over with,” he said, smiling. “Lincoln County always plays hard and Coach Plumley does a great job there.”

Ballard said that, beyond mental mistakes that come with the first game of the season, he was pleased with the result.

“They made some runs and made it real interesting, but we didn’t quit and we kept battling,” he added. “They cut it to four points at the start of the fourth and we didn’t fold.”

After the Panthers scored the first bucket of the game, Scott went on a 20-8 run to take control before the squads played to a 10-10 deadlock in the second quarter with Scott going to intermission up, 30-19.

Scott’s Landon Stone ended the first half with a bang, when he took three steps across half-court and banged in an NBA-range jumper good for three points, electrifying Skyhawk Nation.

Bell played inspired basketball, scoring off his own miss twice in the first half.

On one drive to the hole in the second quarter with the Panthers in a box-and-one defense looking to slow down Bell, he beat the play to a spot in the paint and scored on a floater uncontested, completing one of the finest plays of the night.Bell’s battery-mate and fellow All-Cardinal Conference selection Jon Jon Hamilton sat out the first two quarters of the game.

Lincoln County leaned on Jayse Tully, who hit for 31 points. Tully continually took advantage of pick-and-roll plays that saw him hit quick jumpers and sometimes score on drives to the bucket.

The Panthers pressed in the third frame and outscored Scott 23-19 as John Blankenship was key to the surge, scoring in transition and finding easy buckets in the paint.

Interestingly, Lincoln County missed four layups in the game with two of them being uncontested that could have helped their cause down the stretch, where Scott took over and outscored them 29-24 in the fourth quarter.

Hamilton scored all of his points in the final frame, including two timely 3-point buckets from the corner.

Caleb Dingess proved valuable throughout, banging in the paint and scoring a blue collar-like 12 points for the Skyhawks.

“We need to be challenged, and when you win games big, you don’t get a lot out of it and this how how our games are going to be late in the year,” added Ballard immediately after the game. “Being in this kind of environment early in the season will benefit us later in the year.”

Scott hits the road to open their Cardinal Conference schedule at Mingo Central on Dec. 13.