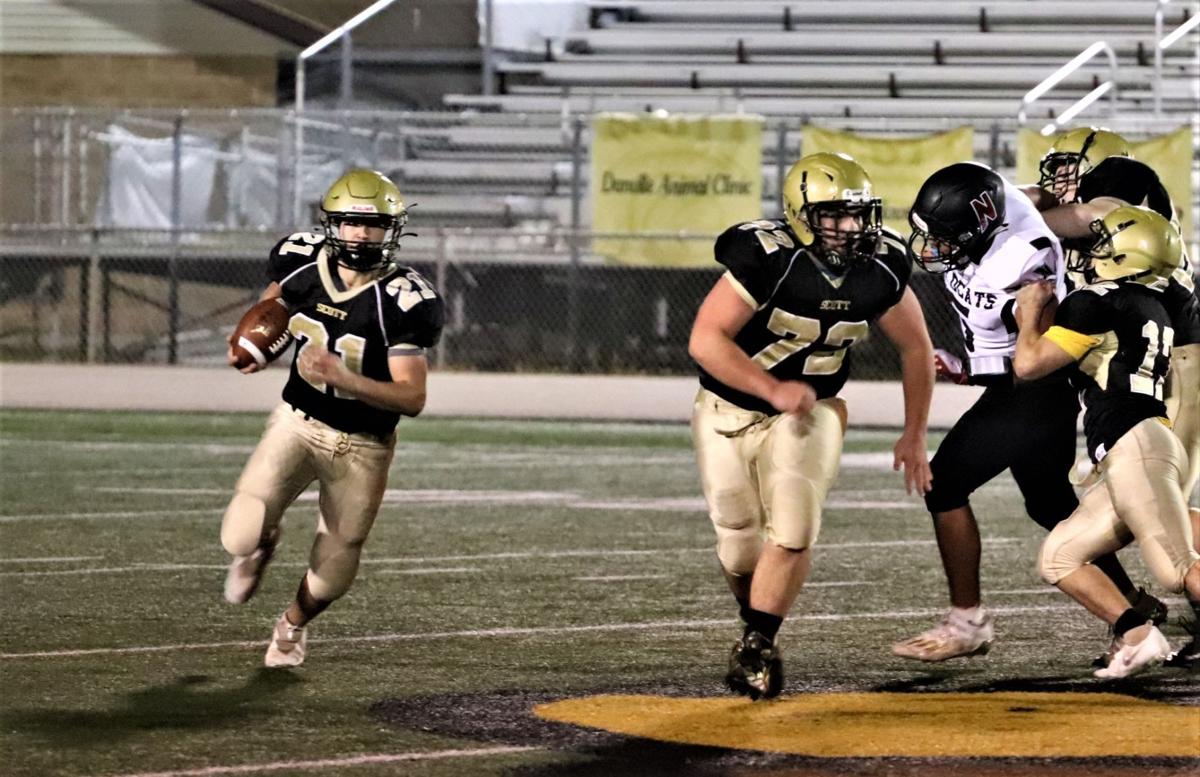 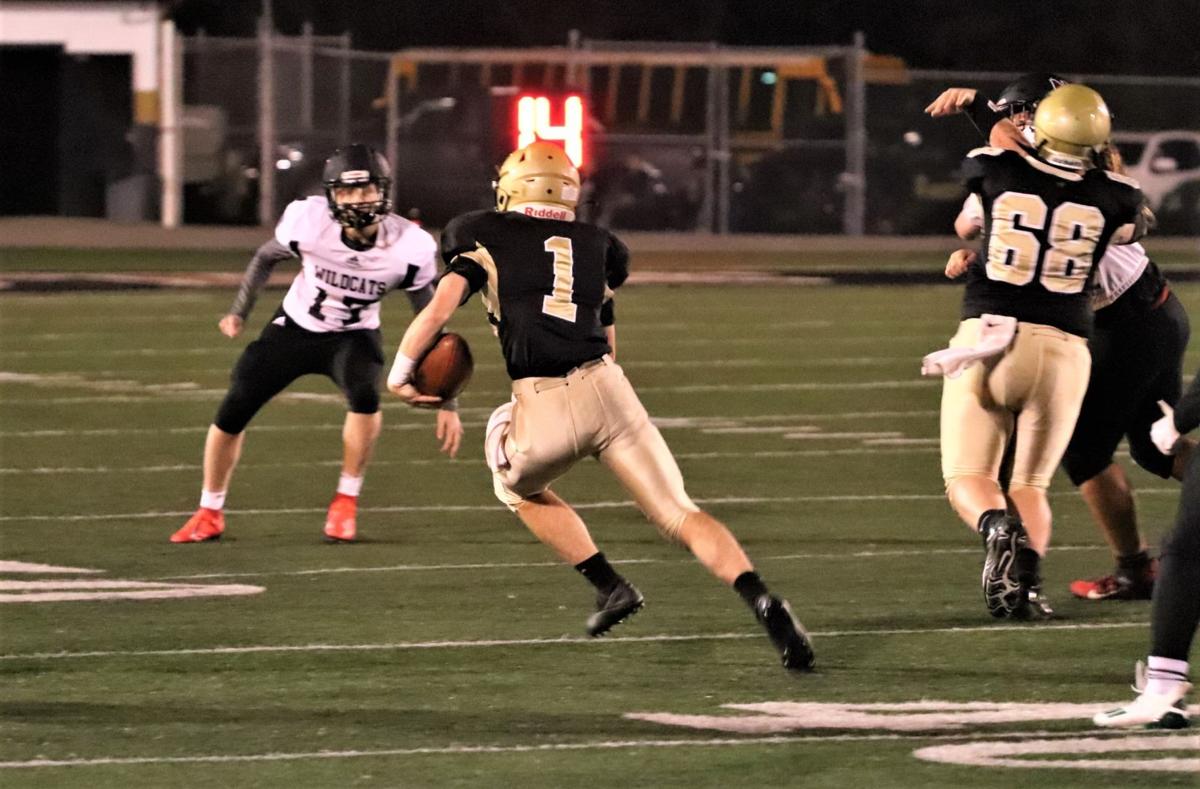 Scott’s Jeff McCoy (1) looks for room to run on a 41-yard kick return versus Nitro.

Scott’s Jeff McCoy (1) looks for room to run on a 41-yard kick return versus Nitro.

WEST MADISON — With 8.6 seconds on the game clock, Kyle Matthews blocked a field goal attempt by Nitro from the 14-yard line and Scott High held on for a 28-26 Cardinal Conference win in West Madison on Friday night.

Earlier in the quarter, Matthews’ brother, running back Klay Matthews, busted through the Wildcat defense for a 69-yard touchdown scamper that put the Skyhawks up for good in what was a highly competitive contest from the opening whistle.

“We felt all year this team was growing and it was good to see us end the season in this fashion,” said Skyhawk coach Shane Griffith. “Tonight, these kids just refused to let this one get away. We played five playoff teams in a row this season and these kids really dug in and I’m proud of the effort. We had so many kids making big plays all over the field tonight.”

The Skyhawks made news when they forfeited a game with Poca on Oct. 23, citing that a pandemic-induced, two-game-per-week makeup schedule had left the team in poor physical health, according to Griffith.

With Scott’s lone win coming over Class A Madonna and Nitro winless, the squads were locked into a fight for a singular conference victory in 2020 and to elevate from the conference basement. Nitro won the game in 2019, 40-27.

The Skyhawks were looking for revenge.

Nitro came out and got on the board first when quarterback Trevor Lowe scored on a keeper inside the 10-yard line thanks to a lead block from running back Elijah Thompson and after the extra point was no good, led 6-0.

Scott answered right back with Cooper Martin and the Matthews brothers leading a drive on the ground that saw runs of 16, 12, 9 and 6 on the way to a 13-yard scoring trot from Klay Matthews. Kyle Matthews added the 2-point conversion run, and Scott led 8-6.

Thompson, who proved to be a load for Scott to stop on the ground, punched in a tough inside run from 13 yards out after a drive that started at midfield in the third to put Nitro up 19-16 at intermission.

Scott senior receiver Jeff McCoy led off the second half with a 41-yard kick return that set up what would be a Martin score on a 27-yard draw play for Scott with 10:40 to go in the third frame, and Scott led 22-19 after a failed conversion attempt.

The Skyhawks switched to an inverted Tampa 2 defense late in the third and slowed Nitro down on the ground briefly before Lowe began going over the top to 6-foot-7 receiver Ehizode Udoh for completions of 13, 7 and 9 yards in the final frame.

The Skyhawks’ McCoy and Reese Carden made key plays on pass defense to help seal the win for the Skyhawks.