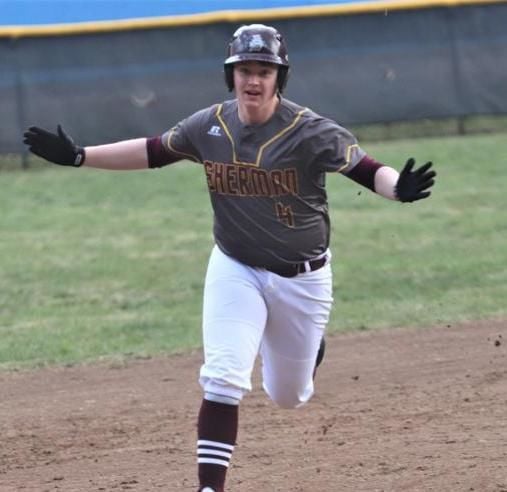 Sherman High’s Noah Boggs prepares to slide into third base in a game versus Van Hiigh in 2019. 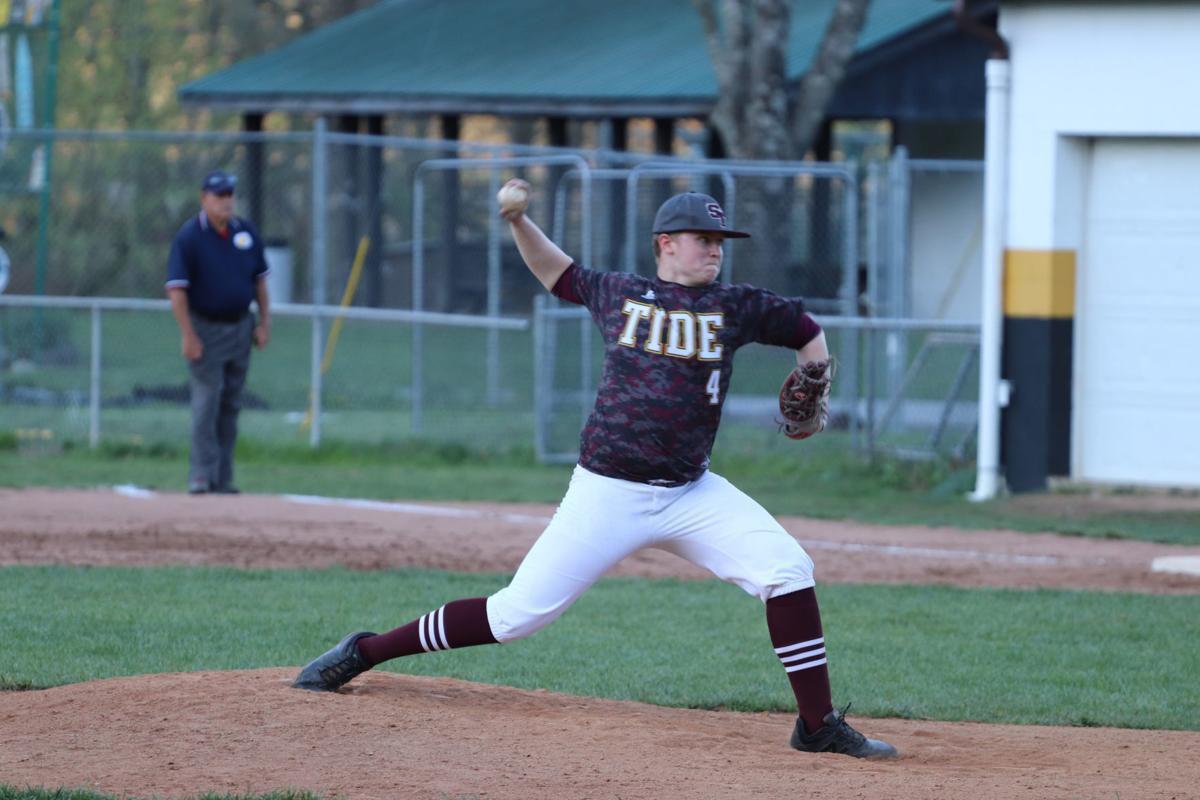 Sherman High’s Noah Boggs prepares to slide into third base in a game versus Van Hiigh in 2019.

SETH — Junior baseball standout Noah Boggs will miss out on his junior year of baseball at Sherman High after the school year — along with spring sports — was suspended due to the COVID-19 pandemic.

“Hopefully, we’ll have travel ball and that is what I’m going to focus on right now,” he said. “I’ll just prepare for my senior year next year. It’s all I can do right now.”

The slugger and pitcher for the Tide comes by his passion for the game honestly. His father, Steve Boggs, slugged at Clay County High (1990), his grandfather Joe Perdue mashed fastballs for Sherman High (1961) and his uncle Joey, one of the best hurlers in Sherman history, pitched in the minor league Gulf Coast League (rookie) for the Atlanta Braves in 1981.

With an 80-foot-long batting cage in his yard and an extensive baseball card collection, one might say that baseball is in the blood of the Cincinnati Reds fan.

“I just never really thought about playing any other sport,” he said. “Some people say that it is good to play other sports, too, but it really is the only sport I love.”

Boggs made his presence known as a freshman, when he hit .498 and belted five home runs. He came back as a sophomore and continued his success, batting .386 in 25 games and 97 plate appearances. He had 32 hits, 23 RBIs and struck out only 11 times. His OBP was .479 while scoring 15 runs for the Tide.

“Going from my freshman year to last year, I really looked back at what I’d done and I think I was trying too hard last year to hit for power rather than do what I’d always done before,” he said. “I’ve kind of torn it all down and took what I’d done well from the last two years and went back to more open stance at the plate. I felt really good coming into the season when all of this (pandemic) happened.”

Boggs is an aggressive hitter at the plate and doesn’t go deep into many counts.

“I’ve always had the mentality that if I get my pitch early, I’m swinging,” he said. “I do think I’ve developed some patience, but it doesn’t change my approach. I’m always looking for my pitch.”

“I try to be a good listener and stay open to making adjustments,” he said. “I feel like I’ve made strides in covering the entire plate. I can get to an outside pitch easier now, but I’m not compromising the inside pitch to do that if that makes sense.”

“Noah is a baseball player,” said Pettry. “He’s a kid that lives and breathes the game. His baseball instincts and IQ are off the charts and he really understands the game from a situational perspective in the same way that a coach might do. He’s very coachable and the other players gravitate to him and like being around him. He comes from a baseball family and it shows.”

Coach Pettry said that he will rely on Boggs and Josh Jenkins as his top hurlers in 2021.

“Both of those guys are pitchers that you will always be in a position to win with,” he said. “They are mature and understand what we are trying to do out there. Noah has as good a curve ball as you’ll see in high school baseball in West Virginia. He’s learned to get it over for strikes in virtually any count and his delivery makes it hard for hitters to pick up out of his hand.”

In 10 starts, the hurler notched a 2.98 ERA as a sophomore on the bump while fanning 42 batters in 51 innings. He went 4-2 on the season, but in those two losses to Lincoln County and Midland Trail, Sherman held 10-0 and 10-1 early leads and Tide defensive errors contributed to late-inning collapses — resulting in losses.

As a pitcher, his fastball chimes in at the mid to high-70s on the gun, but it isn’t velocity that makes him effective.

“I really try to control the zone and get my pitches over,” he said. “I work on developing velocity and I’ve gotten stronger. I want to get to the 80s on my fastball and that is a goal going into my senior year.”

The pitcher has incorporated a changeup to his repertoire.

“With the way my curve looks, it gives me a pitch that cuts both inside and outside to a batter,” he added.

Boggs is also an avid fisherman. He has spent some of his time off casting his line in Prenter and Pond Fork, among other select spots around Boone County.

“We didn’t get to but we were looking at going to fish some of the streams at Babcock State Park (Fayette County),” he said. “I really want to do that.”

The 6-foot, 205-pound student-athlete said he has found time to hit and throw this spring.

“When all of this first started, me and a few guys on the team were going down to the park and hitting and that had to stop,” he said. “Me and Dad have been hitting and throwing in the cage outside.”

Boggs is no slacker in the classroom — he has been a straight-A student throughout his academic life and notched a 4.6 GPA in the first semester of this school year. He has carried seven college courses through his junior year at Sherman, providing credits he can take with him at the next level.

“I really want to play college baseball,” he said. “I feel like any program that would give me a chance would not regret it. I’d make sure of that.”