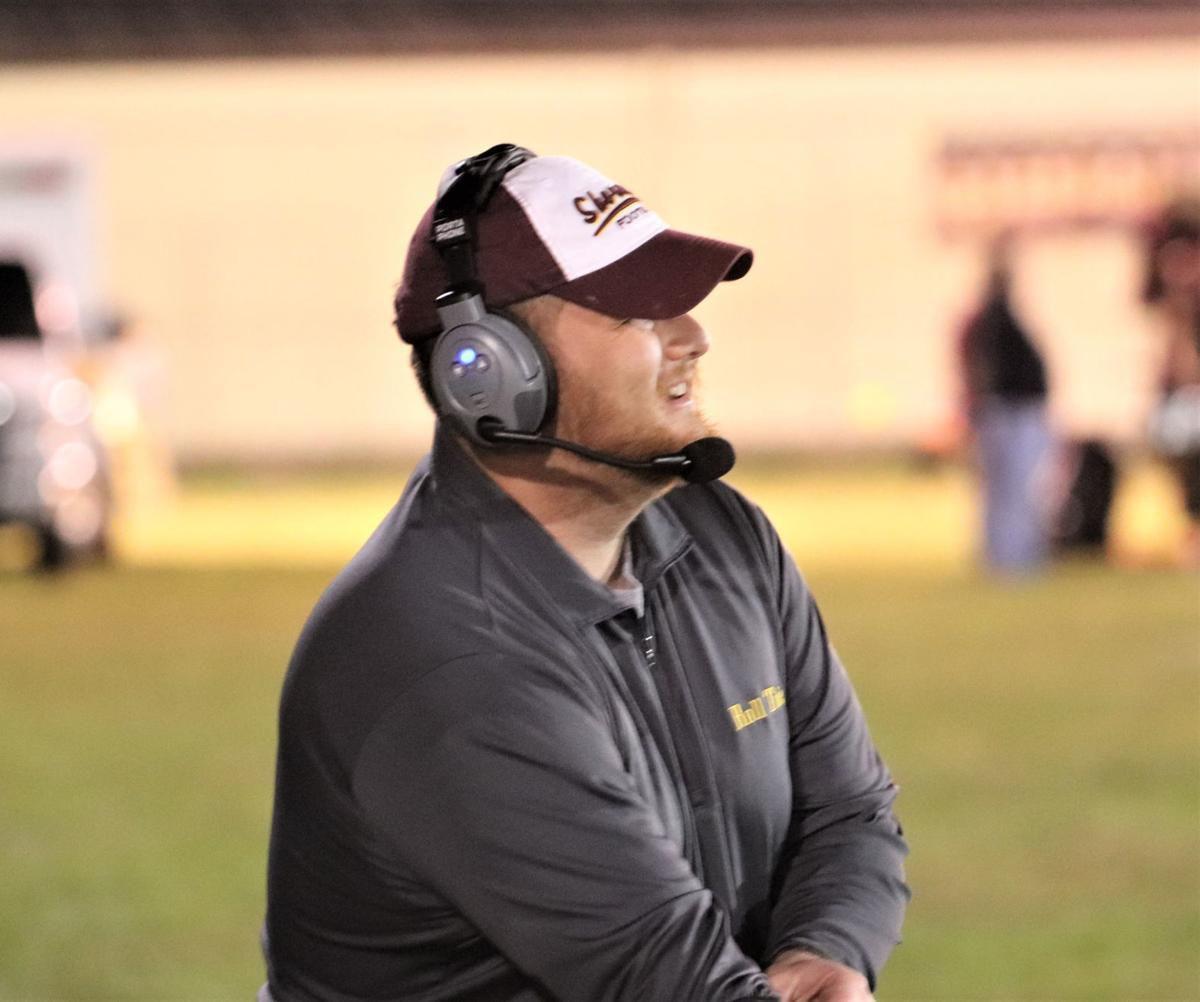 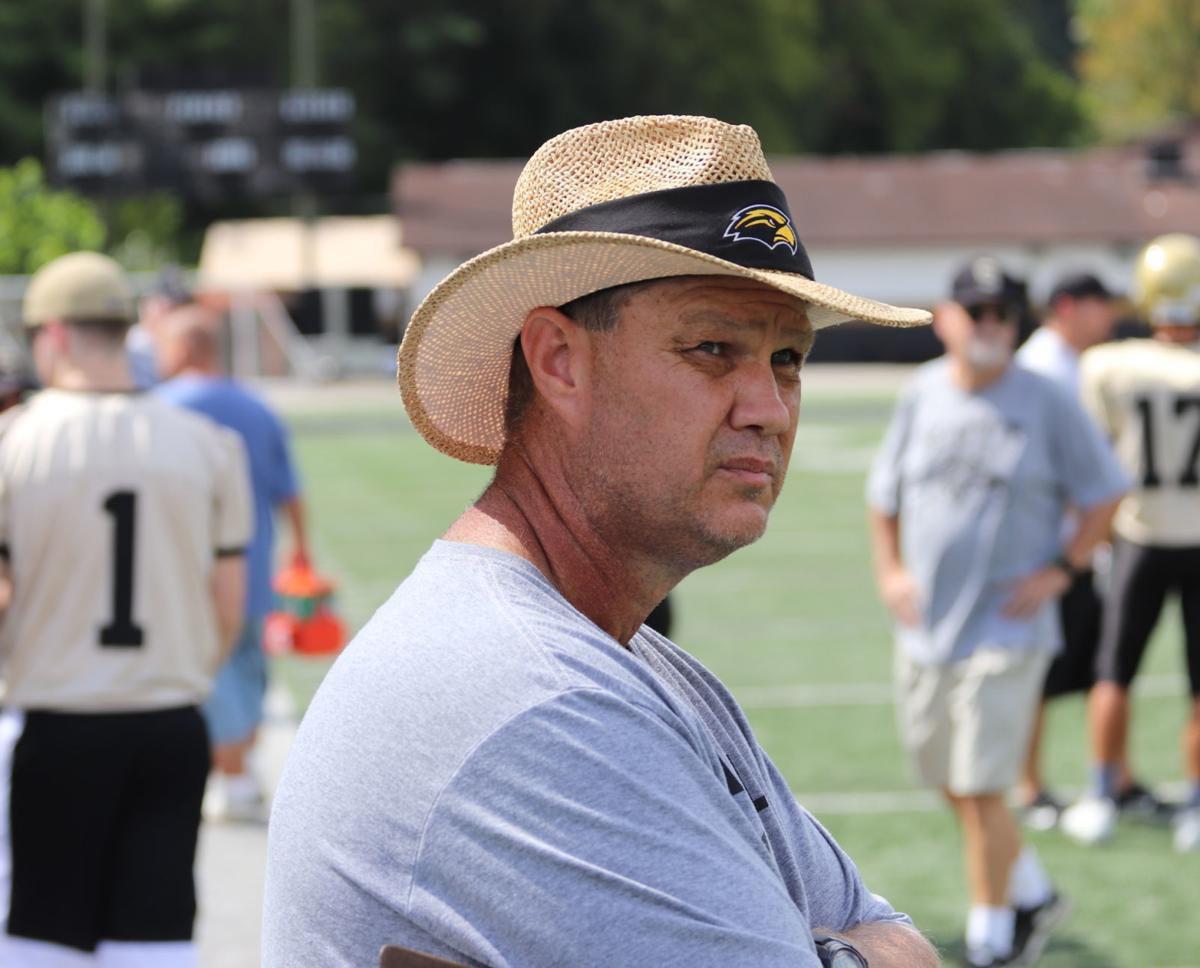 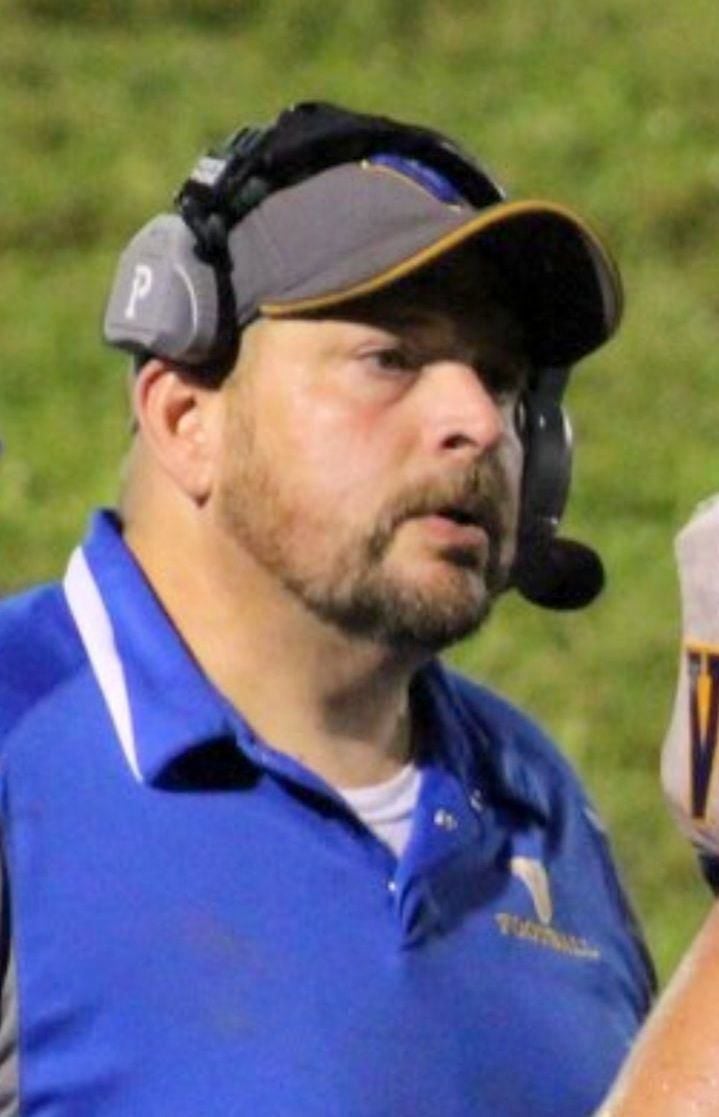 BOONE COUNTY — Boone County’s high school football coaches are using a combination of traditional and modern methods as they look to prepare their student-athletes for a season they hope will begin in August.

As the WVSSAC suspended spring sports for 2020 due to the COVID-19 pandemic, a stay-at-home order was put in-place by Gov. Jim Justice, which wiped out what was normally a three-week period in June that allowed coaches and players to condition and run football-related drills.

As West Virginia enters phase 1 of a plan to ease back into some sort of societal normalcy, fall coaches are met with uncertainty and concern at many levels.

“Beyond the challenge of reaching the kids through this and making sure they are remaining active and taking care of themselves, we sent our helmets off for reconditioning in January, which was early in the process in hopes we’d get them back quicker,” said first year Head Coach Mark Agosti at Van High School. “With the factory where they do that considered ‘non-essential,’ we don’t know when we’ll get them back, to be honest. We have one graduating senior (Hunter McMicken) who was chosen to play in the North-South Classic in July. If that game is played, we may not have a helmet for him.”

According to the Riddell Company, there are over 3 million football helmets reconditioned every year in the United States.

Sherman High Head Coach Michael Showalter has led the most successful program in the county since 2015 with a run of three-straight playoff appearances and an appearance in the Class A semifinals in 2018.

“The biggest thing I’ve done is to reach out to coaches who I respect for guidance and ideas on how they are handling it or how they are approaching it, because this is an unprecedented situation,” Showalter said. “The best thing we can do when dealing with high school kids is to check on my guys, keep the lines of communication open and make sure they don’t need anything. I’m recording videos and sending them out and keeping them updated. You want to keep them motivated and prepared to do things physically on their own that we can’t do together in the weight room right now.”

Showalter realizes that most of his players don’t have equipment at home comparable to what they have at the facility in Seth.

“We may not be able to do those things, but we can all do push-ups and sit-ups and go run and get our cardio in,” he said. “This isn’t a time to sit around and we need to be working and take that personal responsibility for the betterment of the team. I can’t be there right now and our coaches can’t be there, so we have to trust each other. From that perspective, trust in your teammate is a positive that can come from this. We’ve got to trust each other and know that the guy beside you has put his work in.”

Showalter said he wants his players to be mindful of not developing bad habits during the pandemic.

“It’s real easy to get into a routine of staying up all night, eating the wrong things and sleeping all day,” he said. “I’m encouraging the guys to follow a schedule and exercise some discipline through this. We have to be physically prepared, but being mentally prepared and mentally rested and ready to go to work is every bit as important.”

Showalter said video conferencing applications are a great tool for coaches in this situation, and he is utilizing technology with his players.

“While I suppose the way we work out right now may lean more toward an old-school approach, we are using technology to our advantage,” he said.

Sherman is scheduled to open its season on Aug. 28 at Clay County.

The Scott High Skyhawks’ all-time winningest coach in school history also has a playoff pedigree. Griffith has led the Skyhawks to nine playoff appearances, including six in a row. In 2007, a Griffith-led squad made it to the Class AA semifinals. He retired from the post and had a brief stint as the head coach at Van High School, but returned to his alma mater in 2019 to take over a struggling program.

“We felt like we were having a really good off-season and we were ready to start our second of three cycles and our numbers had picked up with a lot of excitement,” Coach Griffith said. “In an attempt to not surrender that camaraderie and daily interaction of being a part of each other’s lives, we set up a Microsoft Teams application and that allows me to do a video conference call with the team. I’m not much of a social media user and I’ve always said that if you want to know what time practice is tomorrow, be at the end of practice today — and I think there is still something valuable in communicating face-to-face — but as we know, this notion is challenged right now with what we’re all experiencing.”

Griffith is also using an application that allows him to speak to his players in a group through video and messaging.

“It allows us to mass communicate,” he said. “The first thing we set up was the Herschel Walker Body Weight Routine. This includes squats, push-ups, sit-ups and things along those lines. The guys are transitioning from lifting heavy weight in two or three reps to body weight in hundreds of reps. It is a muscle shock and that is a good thing. Sometimes a change of routine can be good. We’ve maintained good communication and managed to remain motivated and goal-oriented throughout this. “

Griffith added that he thinks it is good for his team to see other methods and to be creative in their routines.

“They get to see the methods of other generations before we had access to the equipment and resources at their fingertips today,” he said. “Hiking in the woods and swimming or even wading out in the water to fish is good leg training and stamina for your muscles. I’ve encouraged that and it builds lower-body power. Climbing a tree is good upper-body weight training. Doing some of the things that kids used to do is a good experience for them and I see that as a positive thing that just adds to their high school football experience.”

Scott is scheduled to open its season on Aug. 28 at Cardinal Conference foe Herbert Hoover.

Van High School’s first-year Head Coach Mark Agosti has many of the same concerns as his cross-county counterparts. He’s a lifelong student of the game. Agosti is saddled with the challenge of taking over a program during an unprecedented time.

“It has been a challenge,” he said. “We were in the middle of our fundraising efforts when all of this (pandemic) happened,” he said. “I’m pleased with the numbers we had and the kids who are interested in high school football at Van. We were able to purchase new uniforms and get our helmets sent off for reconditioning in January and hopefully that means we can get them back early as well.”

Agosti said that if what is being discussed happens regarding the three-week practice period, he thinks it will transition well into the season.

“If we do start that in July, it will allow us to go from that right into our August routine providing that timeline is still intact,” he said. “This three-week period is for all sports and this creates a tough situation at a school like Van.”

Agosti said he supports his players playing multiple sports because without that commitment, as a small Class A school, Van couldn’t offer multiple sports. He said he is cognizant of the conundrum that student-athletes at the school are faced with. Do they go to baseball, basketball or football sessions as three-sport athletes?

“It does put us at a disadvantage in terms of keeping up with what the other schools who have more students and kids who may specialize in one sport,” he said. “If a kid chooses to go and participate in baseball activities for three weeks instead of football, I’ll support them, but it does make it tough.”

Agosti has been busy organizing his fieldhouse and painting during the spring.

“It looks great in there and we plan on hanging up photos of former Van High greats and using that as motivation for our guys through taking pride in our history,” he said. “I think the guys will respond to that pretty well.”

Agosti is using an application to talk to his players collectively, just as his counterparts are across the county.

“It allows us to communicate as a team and we can discuss what each one of us are doing on our own to stay in shape and it allows our staff to help guide them and answer questions related to that,” he said. “We’ve created a rewards program that we’ll do when we get back to normalcy in reference to push-ups, sit-ups and the like. It will show when we get back who put the work in and who didn’t. I have faith in our team that they will do what it takes on their own to come back in shape and ready to do some work.”

Van is scheduled to open its season by hosting Meadow Bridge on Aug. 28.