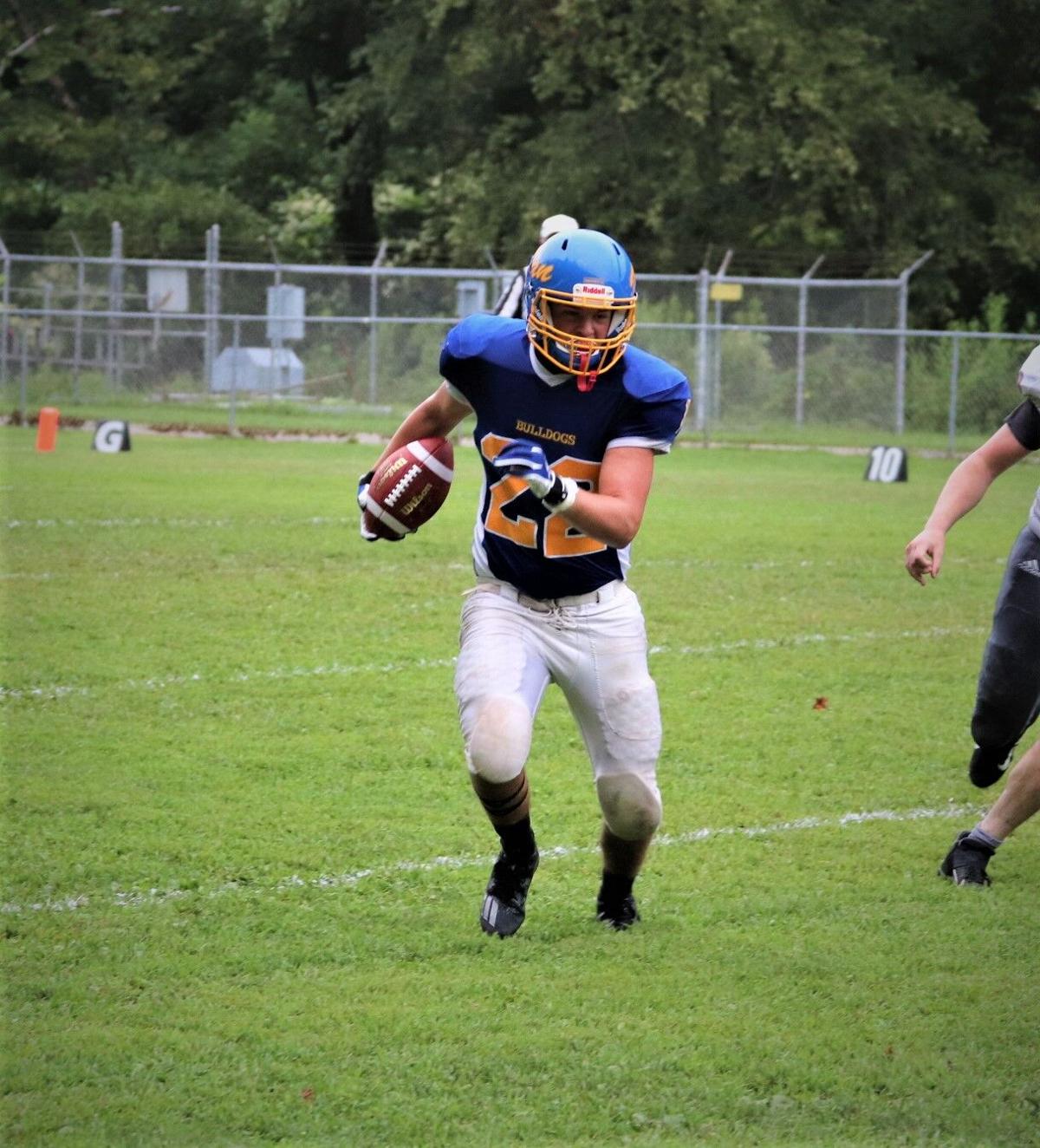 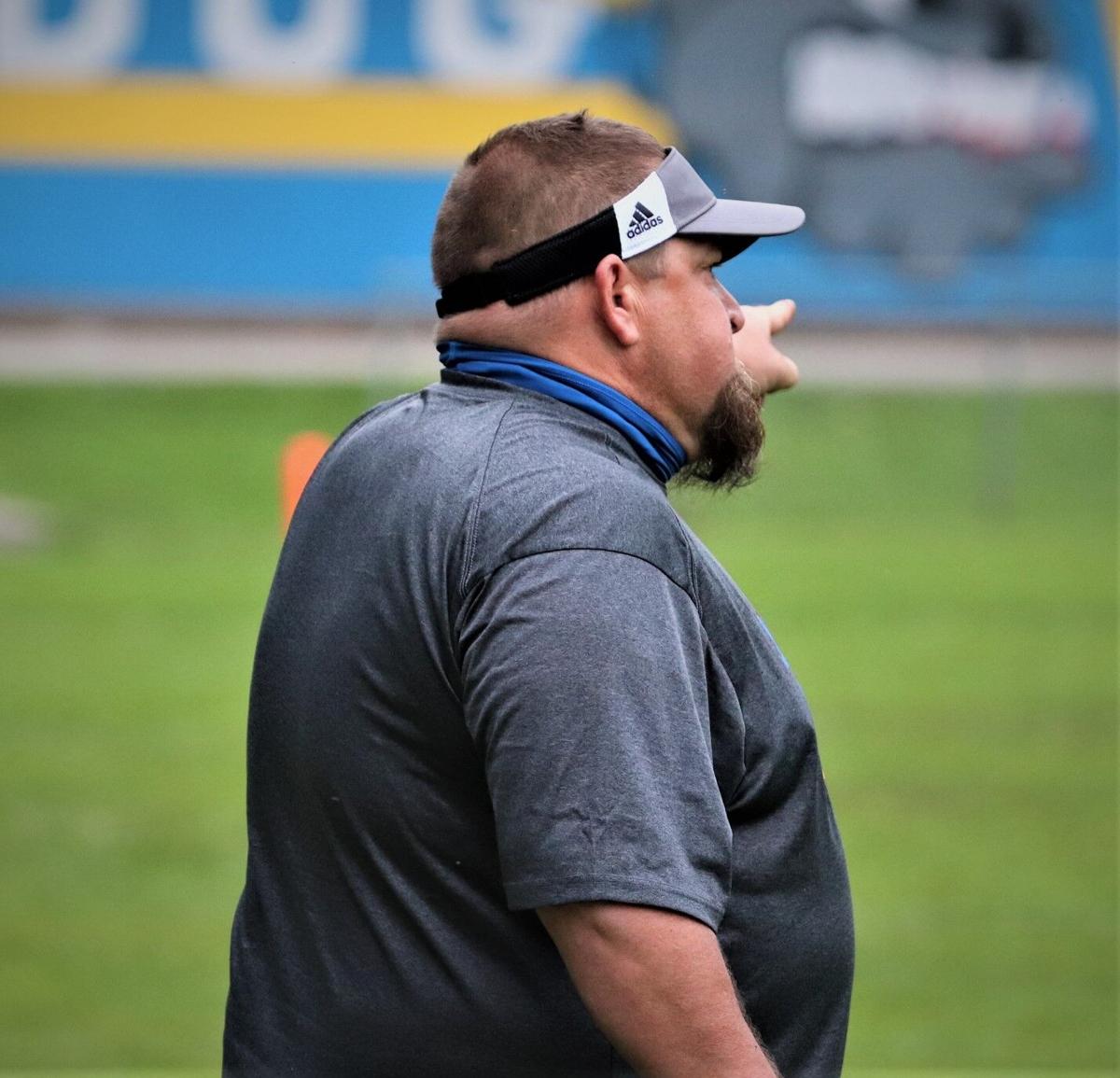 PADEN CITY – Van rushed for 631 yards and built an early lead that they wouldn’t relinquish as the Bulldogs pulled away from Paden City (0-2) on the road and came back from Wetzel County to Van with a 64-28 win.

It was a nice win at a time when our program needed it so I’m real happy for these guys,” said Head Coach Mark Agosti. The victory marks the first of the Agosti-era for the Bulldogs as he took over the program last spring.

“I told the guys before the game that we don’t know what the future holds (COVID-19) and this might be our last game this season so go out there, play hard and enjoy yourselves,” he said.

The Wildcats struck first when freshman sensation running back Joey Baker scored off of an off-tackle play from 16 yards out to put Paden City up 6-0 followed by a failed 2-point conversion with 9:41 to go in the opening frame.

Van wasted no time getting the points back.

The Bulldogs took the ball from their own 41 and on the first play from scrimmage, Stewart rumbled 44 yards before being pushed out of bounds in the red zone.

Green did the rest and hauled the rock across the goal line to tie the game at 6-6 with just 15 ticks off of the clock. Stewart completed the 2-point conversion on a tough inside power run and the blue and gold led, 8-6.

After a Paden City turnover, Van executed a meticulous 54 yard drive that ended with quarterback Kalen Booth throwing a 13-yard touchdown strike to Jason Berry in the end zone with 9:27 to go. Green plowed through for a 2-point conversion and Van was in control for good at 16-6.

A series later, Van fumbled at midfield and the Wildcats made them pay.

Baker once again scored, this time on a 52-yard counter play and then added the conversion himself to pull his team with 16-14.

It would be as close as Paden City, who only dressed 11 players for the game would get.

“I think our backs are starting to realize that they are 200 pounds and need to run more north and south for us to be successful,” Agosti said. “When they do that, we’re a much more efficient offense.”

Signal Caller Kalen Booth got in on the running action as the opening quarter came to a close with an athletic roll out to the weak side the covered 39 yards for pay dirt. The conversion failed and Van led 22-14.

Van exploded for four scores in the second quarter – all on running plays by Bulldog backs.

Stewart scored on an 80-yard jaunt, Green added a 79-yard scamper and Shaun Booth scored on runs of 65 and 68 yards respectively.

The Bulldogs held a comfortable 52-14 lead at intermission and Coach Agosti rested as many starters as he could on both sides of the ball in the second half.

Van is scheduled to host Class A runner-up Doddridge County on Sept. 18 but with Boone County boasting daily COVID-19 numbers edging Boone County into an “orange” status, Agosti said that providing his team can’t play next week, he will possibly go to a 4-day practice week and do what the team is permitted to do in relation to WVSSAC guidelines.

“I hate it for my guys but we’ll get in some conditioning and some weight room work,” he said. “Its really hard to shut it down right now and pull the kids back like that but it’s the cards we’re dealt right now and we’ll do the best we can with the circumstances.”

The Bulldogs played for the second week without senior standout lineman/linebacker Slade Adams, who is out with a broken arm.