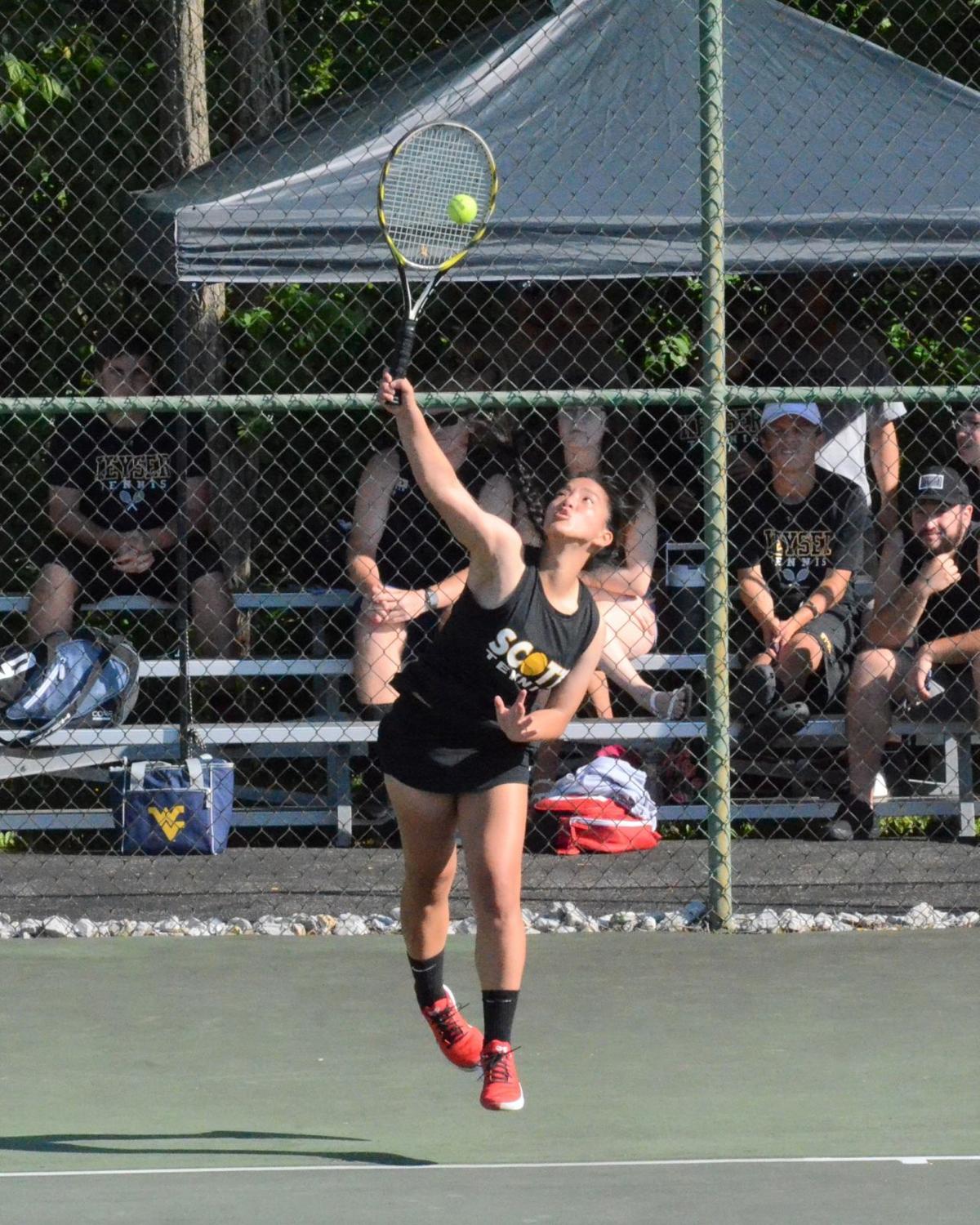 Scott High's Jenna Butcher is believed to be the very first tennis champion - boys or girls - from the Boone County School. Butcher was crowned on June 5, 2021 as the Class A/AA Champion. 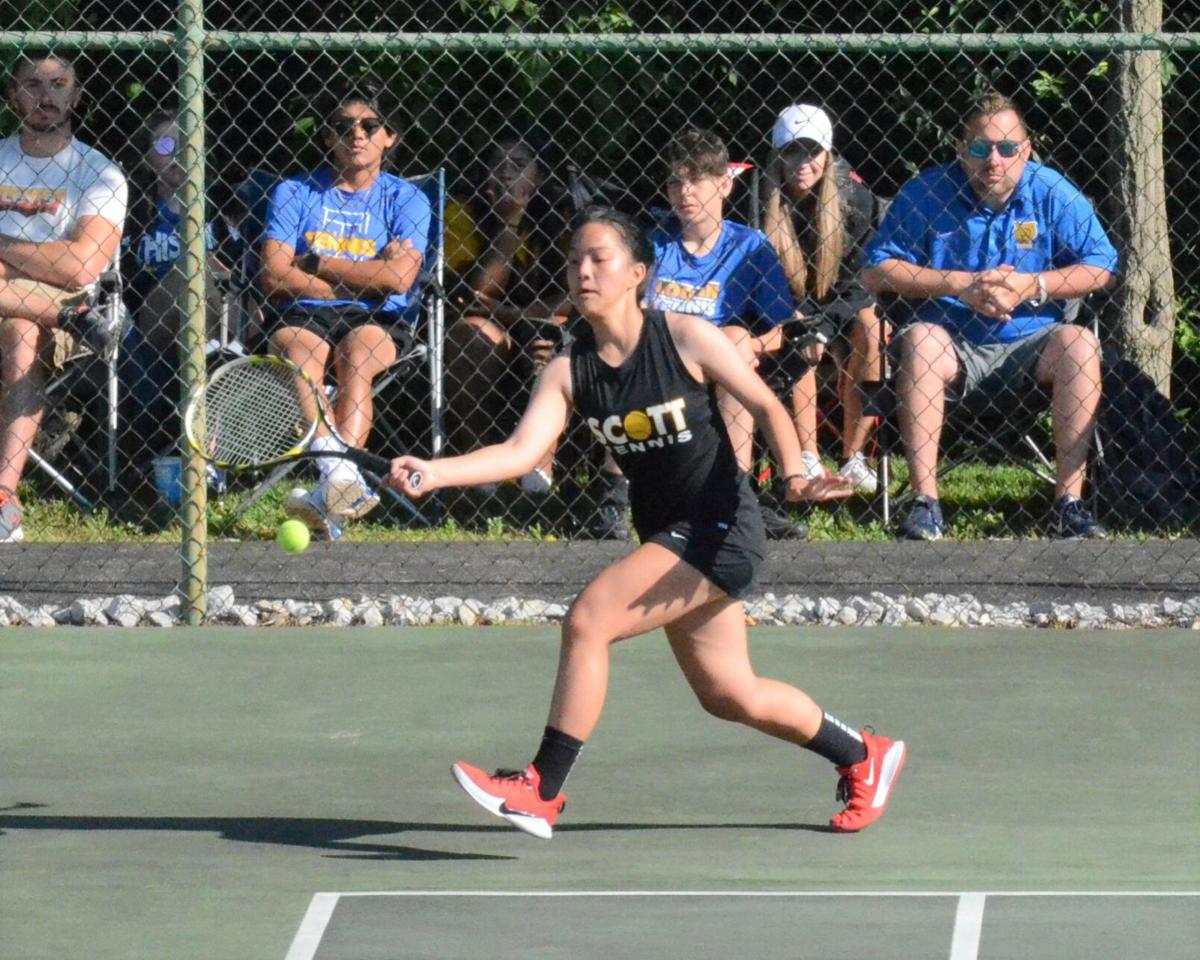 Scott High’s Jenna Butcher is believed to be the very first tennis champion — boys or girls — from the Boone County School. Butcher was crowned on June 5 as the Class A/AA Champion.

Scott High's Jenna Butcher is believed to be the very first tennis champion - boys or girls - from the Boone County School. Butcher was crowned on June 5, 2021 as the Class A/AA Champion.

Scott High’s Jenna Butcher is believed to be the very first tennis champion — boys or girls — from the Boone County School. Butcher was crowned on June 5 as the Class A/AA Champion.

Not in a trendy, hipster way, but in a calm, collected and focused way.

She’s in control of the situation.

The sensational Scott High School sophomore blazed through the 2021 West Virginia State Tennis Tournament and stood tall against the best competition in Class A/AA. After the competitive smoke had cleared, she took home the title of “state champion.”

In the finals, she faced a familiar foe in Logan High’s ultra-talented Hannah Thompson.

Butcher had beaten Thompson once during the season and in the regional final in Logan last week. In the first game in the first set, Butcher went down 1-0.

In the second set, Butcher was out to a 2-1 lead and then lost the next two games to go down 3-2 to Thompson.

“I knew going into it that she is so consistent on her forehand and backhand and I think moving her backward and forward toward the net gave me more opportunities to hit better shots,” Butcher said. “She’s a very good player and I had to play well.”

“It was then that she really got in a groove,” said her coach Mark Hale.

Butcher won the next three games to go up 5-3 and in the next game, she was serving match point and hit a spectacular serve and the return went long and Butcher won 6-3 to claim the championship and finish the season 18-0.

It is believed by local Skyhawk athletic historians that Butcher is the first state champion in boys or girls tennis history at the Boone County School as a No. 1 seed.

“It is a tremendous honor to be the first one,” she added. “I didn’t even know until after the match to do that in the No. 1 seed spot.”

Butcher said of all the plays she made throughout the tourney, one in particular will always stand out.

“At one point late in the game, she (Thompson) hit two great backhands which could have been winners and she ran me to a forehand and I got to that, too,” she said. “Then, I won the point.”

Her mindset after it was all over was one of joy, but also relief.

“I felt relieved,” she said. “I felt excited and relieved at the same time. I was still nervous after the match and to be honest, I was more relieved.”

Butcher plays basketball and volleyball for Scott and plays league softball in the spring.

“It gave me something to do in the summer and it kept me busy,” she said. “I started playing tournaments in Charleston and found a love for the game.”

She added, “All of my other sports are team sports, and tennis is something you do on your own. It’s you alone out there.”

She credits all of her coaches for contributing to her success, including Hale, who took over the team before the season when they didn’t have a coach. She credits Mark Spriggs and Nick Smith among others for her quick development and knowledge of the game.

“I had a lot of support from my basketball coach (Kevin Harper) and my volleyball coaches (Liz Underwood and Angela Phillips), who were all there today.”

Butcher said her plans for summer include working on her game — for multiple sports.

“Working on all of my sports with softball and basketball conditioning and some tennis with the rest of my team and volleyball will be coming around soon.”

She said the support of her school, church and community was invaluable.

“I want to thank everyone who supported me throughout my season,” she said. “Without the community and all the support I had, I don’t think I could have done it.”

Jenna Butcher is the daughter of Pastor Jim Butcher and Karen Butcher.