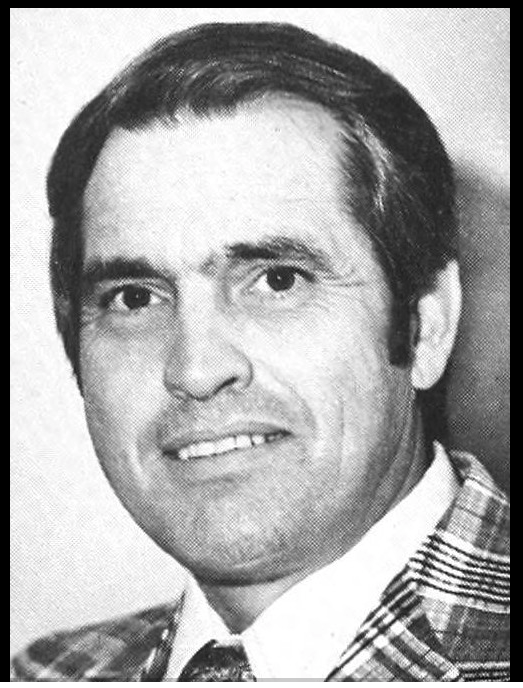 A native of Huttonsville, West Virginia, Tacy coached the Thundering Herd to a 23-4 record, an NCAA Tournament berth and No. 12 national ranking in the 1971-72 season.

He followed with three years as head coach at Ferrum (Virginia) Junior College before coming to Marshall as an assistant, then spending one season as head coach.

“His biggest influence on me was teaching the value of hard work,” former Herd player Greg Imperi said. “We worked so hard that I felt bad for the other team. He told us ‘don’t let them think they can be on the same floor with you.’ He understood hard work and demoralizing the other team.”

Tacy left Huntington to coach at Wake Forest University, where he went 222-149 in 13 seasons. He led the Demon Deacons to four NCAA and two NIT berths. Twice he guided Wake to the Elite Eight.

One of Tacy’s better players at Wake Forest was current Marshall assistant Mark Cline. The native of Williamson, West Virginia, played for the Demon Deacons from 1983 through 1987. Cline said he visited Tacy and wife of 64 years, Donnie, in Winston-Salem, North Carolina, last year.

“He was not only a very good coach, but a good man,” Cline said. “He was a good fit for Wake Forest with his gentlemanly demeanor.”

Cline said Tacy was tough when he had to be.

“He’d give you that brow,” Cline said of Tacy raising his eyebrows to get a player’s attention. “He did the discipline, not an assistant or a strength coach. I missed class one time when I was a freshman and I didn’t miss after that.”

Imperi said he and his teammates knew they needed to step up their performance when Tacy’s jaw jutted out.

“When his jaw stuck out he was peeved,” Imperi said. “He’d come in the locker room like that, do a 180 and not say anything, then we’d charge out of that locker room and do what we needed to do.”

“Head coaches are busy,” Cline said. “This was a way for him to have his time with the players. He liked to rise early. He liked to hunt and fish and he liked to spend time with his players.”

Tacy was known at Marshall for his uptempo offense that averaged 92.4 points per game, eighth-best in the nation. That team featured future NBA players Mike D’Antoni, Russell Lee and Randy Noll. The Herd scored 100 points or more seven times that season, including 110 in a three-point victory over No. 8 St. John’s at Veterans Memorial Field House.