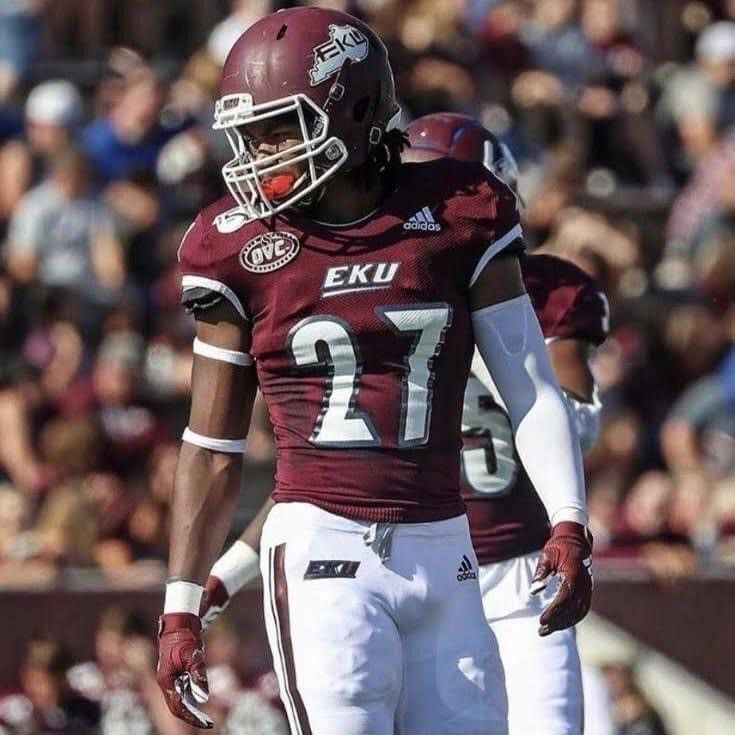 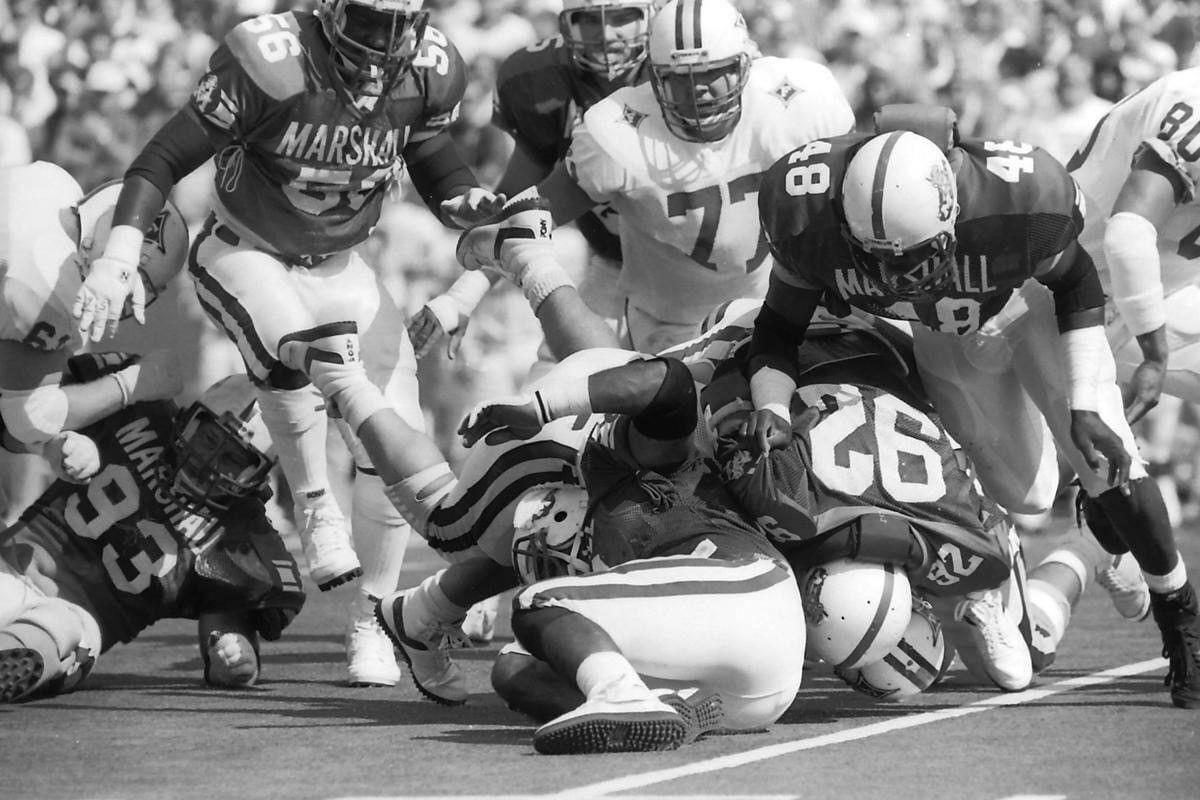 Marshall University linebacker Rory Fitzpatrick (56) moves in during a play in the Thundering Herd's football game against Furman in 1988. 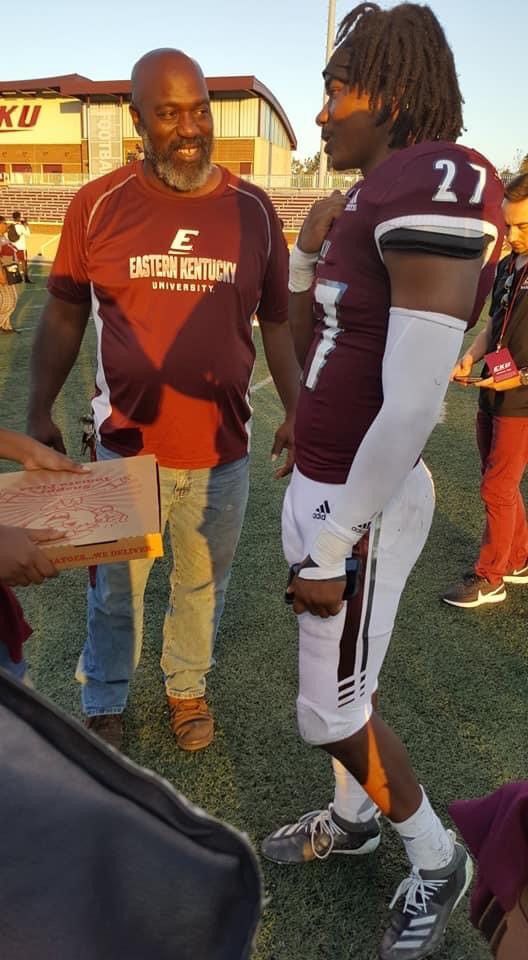 Marshall University linebacker Rory Fitzpatrick (56) moves in during a play in the Thundering Herd's football game against Furman in 1988.

HUNTINGTON — It took a life-changing event for Rory Fitzpatrick to root against his alma mater, Marshall University.

Eastern Kentucky University defensive back Daulson Fitzpatrick is that life-changer.

Rory, a defensive lineman with the Thundering Herd in the late 1980s, sat on the visitors’ side of Joan C. Edward Stadium Saturday afternoon when Marshall defeated the Colonels 59-0 in the season-opening game for both teams. He and wife Tremaine, other family members, Daulson’s girlfriend Janay Bass, and friends wore EKU’s maroon. All, that is, except Rory’s close friend and former Herd teammate John Halford, who sported a Marshall jersey.

Rory’s friends in green and white understood, even though some gave him a good-natured hard time. Fitzpatrick laughed, but didn’t budge.

“I love Marshall football,” he said. “Shed blood and tears for her, but make no mistake about it, this is my boy. It ain’t even close — Go, EKU.”

Rory wondered what might have been. Marshall was interested in Daulson Fitzpatrick, an all-Ohio selection and three-time state champion at Akron Hoban High School.

“Marshall never pulled the trigger,” Fitzpatrick said of offering a scholarship. “If Marshall had given the thumbs-up, Daulson would have accepted on the spot.”

Eight other schools, several from the Mid-American Conference, offered Daulson, but he chose Eastern Kentucky, where he majors in broadcast and electronic media. The junior who was born in Huntington has been stellar for the Colonels. As a true freshman he played in all 11 games and made 29 tackles. As a sophomore, he started all 12 games and made 36 tackles, seven for losses, had two sacks and intercepted three passes. He started again Saturday.

“I wouldn’t be where I am today without my dad,” Daulson said. “From him coaching me in youth league, to getting thrown into my first varsity game as a sophomore, to my first college interception. I have to thank him.”

Rory and Tremaine attend all of Daulson’s games. This season takes them to some familiar places. In addition to Marshall, EKU visits West Virginia University on Saturday, then on Sept. 26 plays at The Citadel, which Rory played against in the Herd’s Southern Conference days. The Colonels end the season Nov. 21 at home against Western Carolina, another former Southern Conference opponent.

“I made him a promise that if he earned a football scholarship, we’d go to his games and support him,” Rory said of Daulson. “We’re keeping that promise. We go everywhere.”

Rory, who teaches school in Akron, said he makes it back to Huntington occasionally and stays in touch with several teammates, including Halford, Ceceil Fletcher and Tony Bolland. Fletcher’s son, also named Cecil, runs track at Ohio Wesleyan University. Rory said he frequently saw the Fletchers at sports camps when Daulson was in high school.

Rory gazed out on the field Saturday with pride in the program that had come so far since he played and in his son, who was named an EKU captain for Saturday’s contest.