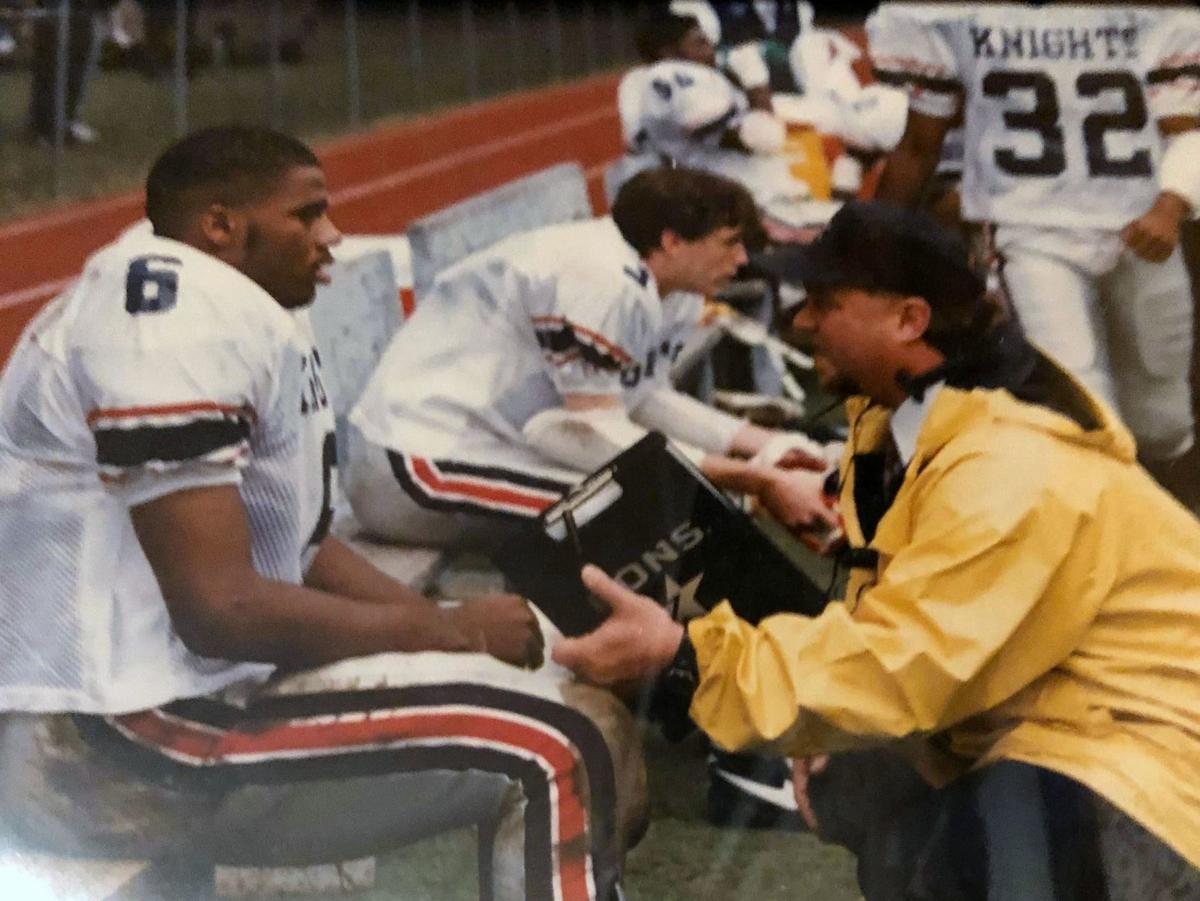 Thomas Davis during his prep football coaching days in Pennsylvania. 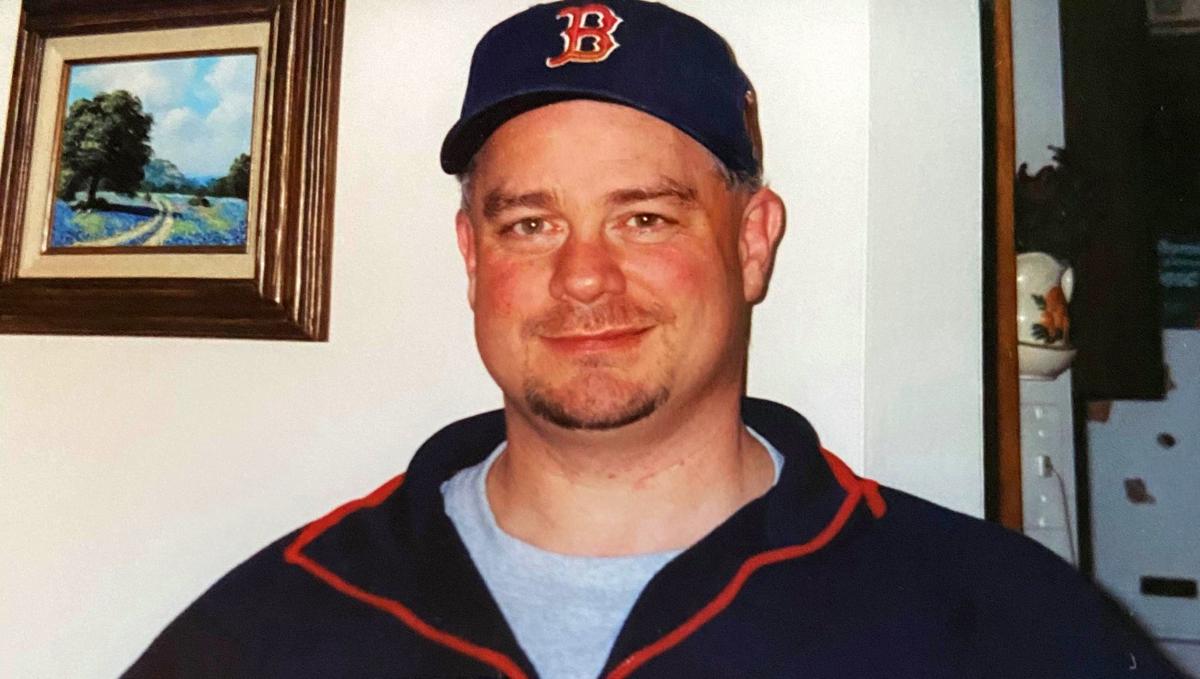 Thomas Davis during his prep football coaching days in Pennsylvania.

PITTSBURGH, Pa. — National Recruiting Coordinator Thomas Davis has found his niche in the sports world through assisting prep student-athletes with finding a home at the next level as they pursue a college education and the opportunity to participate in collegiate athletics.

His employer, Student Athlete World, named him National Team Member of the Year multiple times as he spends much of his time on the road throughout Pennsylvania, West Virginia, Maryland and Ohio getting to know his clients better. He can accept referrals from across the country.

His West Virginia connection began in 1984 when he palyed for the University of Charleston and later in the early ‘90s coached under the legendary skipper Tom Nozica, whom he played for during the coach’s four-decade tenure.

“It was at that time that I fell in love with West Virginia,” he said. “The people are just amazing and sometimes the student-athletes there fly under the radar and aren’t noticed.”

Davis has worked with Boone County-based recruits like Sherman High’s Layne Daniel, a 2019 graduate and All-County and All-State football lineman who eventually decided to focus on academics at West Virginia University.

Davis coached current West Virginia University and former Scott High hurler (2019) Carter Lyles for the West Virginia Aces showcase team. Lyles wasn’t a client of Davis as he was wrapped up by the Mountaineers prior to his senior season, but Lyles’ mother Kelly Ballard spoke about her experience with him as a coach and the helpful information he shared with the family.

“We’ve seen him at about every showcase Carter has been to,” she said. “He’s always communicating with kids and families. He keeps contact with the different colleges and recruiters in all different sports. He was very easy to work with and very knowledgeable about the recruiting process, NCAA guidelines, and just has been very supportive of Carter since he has met him. I feel like I could call him at any time with a question and he would help, even though Carter wasn’t a client.”

Davis, a Pittsburgh resident who lives in the house he grew up in, explained what it is he does for his clients and, in turn, what he provides to colleges and universities as recruiting budgets may not be what they once were in years past — particularly for Division II, Division III and NAIA schools that field athletic teams in multiple sports. Davis has represented football, basketball, baseball, tennis, track and field, cross country and golf clients, among others.

“I’m always exploring new pipelines and trying to reach more families, and sometimes that happens when a coach relocates to a different area,” he said. “I’m proud of the fact that 96% of the kids I’ve had have gone on to play collegiately. Academics are as important as what they do on the field and this just adds to what makes a student-athlete attractive to a college or university.

He added, “What I provide in profile information to colleges that is constantly updated is invaluable to the schools and my clients. The schools pay for that information because they couldn’t possibly accumulate what I provide them in a more cost–effective, organized and cohesive manner. For the client, their information makes its way into the hands of hundreds and hundreds of coaches across the country who need to replenish their roster with quality kids each year.”

Clients pay Student Athlete World for the exposure to a plethora of college coaches who may never become aware of them otherwise. The payments can be broken into installments for convenience.

The former football and baseball standout has coached softball at Chatham University and has blown the coach’s whistle for multiple sports at the prep level along the way.

“Recruiting has changed so much over the years,” he said. “Everybody thinks they have a good handle on how recruiting is done. Parents tell me all the time that they thought they had an idea of how this works, but they really didn’t. When I was recruited as a Division 1 football player in the 1980s, it was done with a telephone and a visit. There was no Twitter, no text and no social media as a whole to deal with or worry about. The first thing I tell my kids is to set up a Twitter account if they don’t have one. Coaches love following kids through Twitter, but you have to know a kid exists to follow them and that is where my job comes into play.

“The profiles that we create for the kids are amazing,” he continued. “What I do is send out thousands of recommendations, nominate kids for all-star games, combines and showcases that they’d never get into otherwise. I’m honest with them, if they aren’t a Division I prospect, I tell them that. I won’t try to upsell a kid to coaches, because that tarnishes my relationship with my coaches and I won’t waste their time or my client’s time.”

”He (Davis) is great support system for Hunter,” said his mother Jenny Bowling. “He has been helpful in guiding and finding opportunities to showcase Hunter’s skill and potential.”{/span}

She added, “He spoke with a coach at a prep school in Pittsburgh and they wanted Hunter to come out and spend his senior year at the school. He also has given Hunter countless camps and showcases to attend to get him exposure. With Tom being a former athlete and coach we feel he has great knowledge to guide young athletes in the college recruiting process. Personally, His father (Lee) Hunter and I all think the world of Tom.”

Student Athlete World also sponsors international tours for student-athletes that can include competition. In 2021, tours include jaunts to Portugal, Argentina, Spain and include the United World Games in Italy, Austria and Germany.

Davis spoke about SAW Founder Tim Ryerson, a former college coach himself who started the business in 2009. SAW carries a lofty A+ rating with the Better Business Bureau.

“It’s been great working with him,” Davis said. “His ideas are always well-respected in the business and I like what he’s been able to do through the years. It’s been a real pleasure for me.”

For more information, visit studentathleteworld.com or contact Davis directly at 412-508-9351 or tdcollegesportsrecruiting@gmail.com.