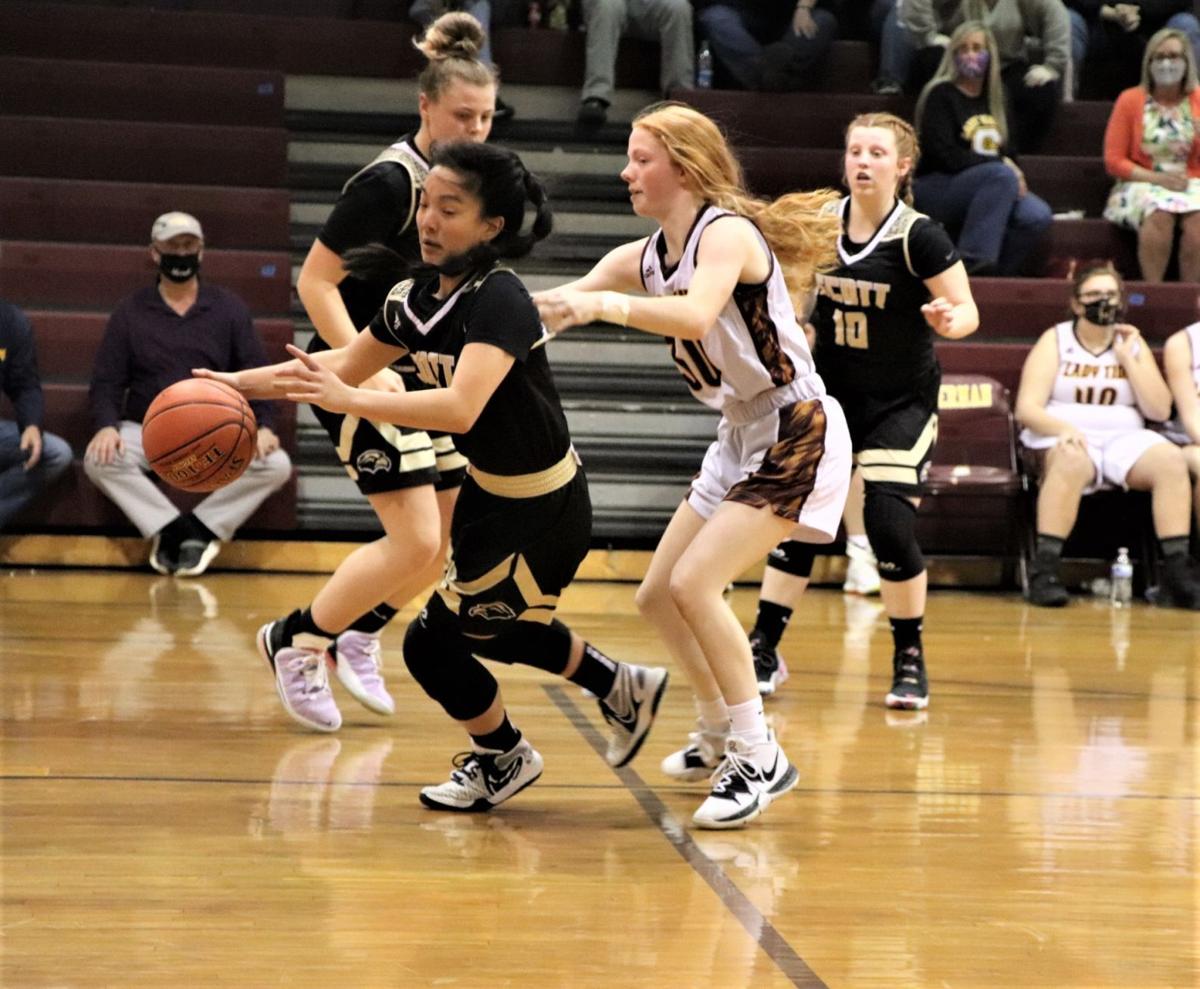 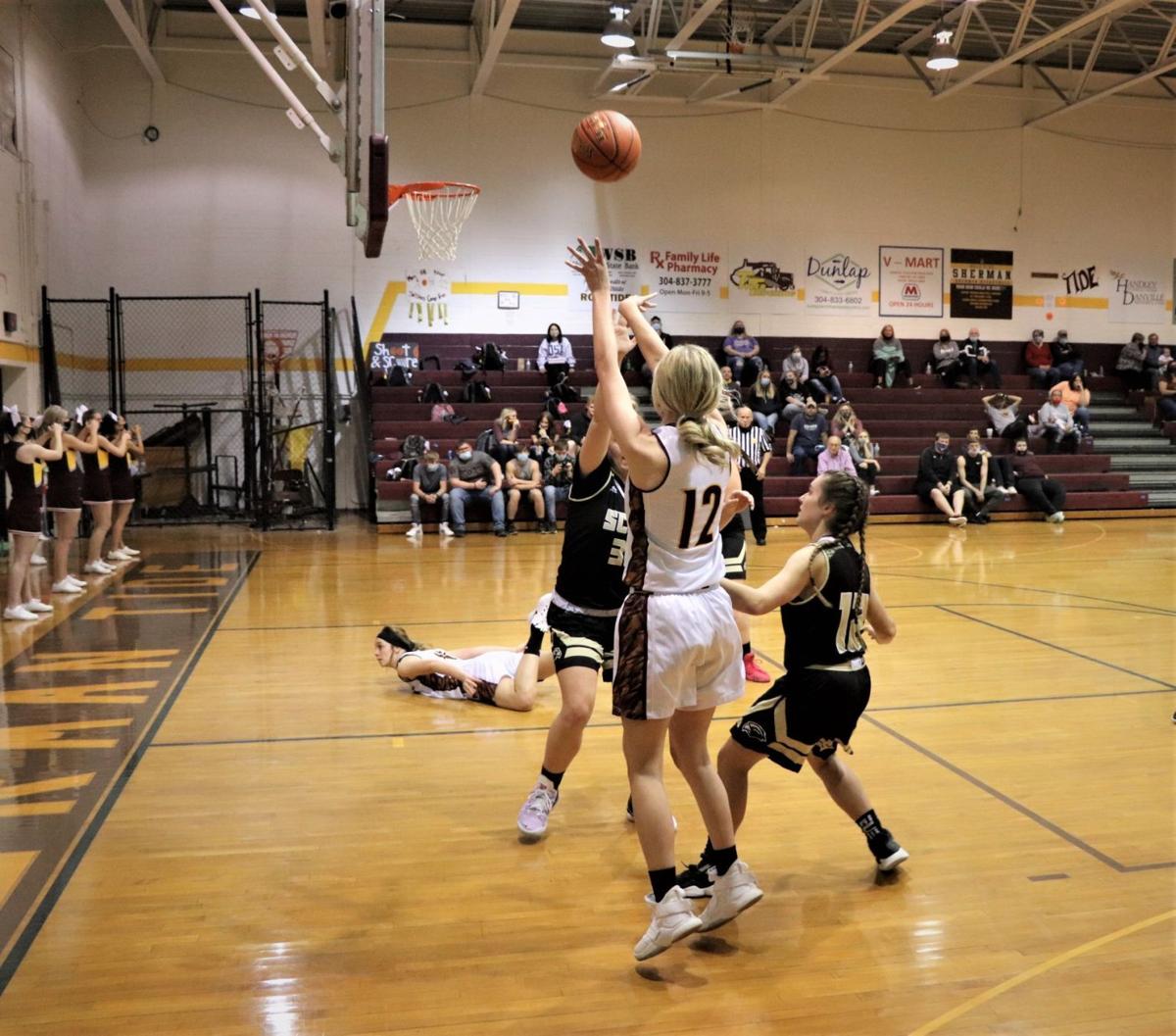 The Lady Skyhawks escaped maroon and gold country with a 43-40 win.

The Lady Tide had possession of the ball and turned it over prior to Butcher’s clutch charity stripe shots in what was a controversial call on the other end in the eyes of Sherman fans.

“This is a big confidence builder going into sectionals and I told the girls we’ve got to win four in-a-row going into sectionals and we have four games that we should win and we’ve had tough games all season I thought we should have won and we really needed that,” said Scott coach Kevin Harper. “We missed a lot of shots and al season we’ve been a good free throw shooting team but for some reason we’ve gone down. We hit them there at the end but we’re fighting back and that is what I need these girls to do and they’re doing it.”

Sherman was coming off of an over-week-long quarantine where they lost five games to cancellation and had to shake off the rust early and get into game speed.

It was a 17-9 run in the final frame that pushed Scott to the win with Key buckets from Gracie Ferrell, Butcher and Anna Burns that propelled the Black and Gold.

Ferrell buried a 3-point bucket from the wing that served as a dagger to the Lady Tide effort prior to Butcher’s game-sealing free throws as Sherman clung to a 2-point advantage.

Scott held a narrow 19-18 advantage at intermission but Sherman flexed in the third thanks to a 13-7 run that put them ahead, 31-26 going into the fourth period.

Sherman’s Caraline Nelson entered the game needing just 12 points to reach 1,000 in her stellar prep career. Nelson was harassed the entire contest when the ball was in her hands and she got into foul trouble in the final period and sat out the final minutes. She finished with six points for Sherman.

Scott employed a triangle-and-two defense for most of the game.

“It was a focus,” Harper said. “In a game like this you have to take the other team’s best player out of the game and our goal was to take two out and make it a 3-on-3 game. That isn’t something that is easy to do. We managed to get them out of their rhythm and out of their game.”

The Lady Tide’s Amber Maloskey picked up some of the scoring slack for Sherman, netting 13 in the game — including a trey and proved to be a defensive stopper on Lady Hawk drives to the bucket for coach Terri Dawn Williams.

Additionally, Sherman focused on slowing down sharpshooter Shea Miller who finished with 6. Gracie Ferrell had the hot hand for Scott pouring in 17 — including six in the first quarter.

Added Harper, “I’m proud of the effort our girls put in tonight, this was a tough win but we needed it.”