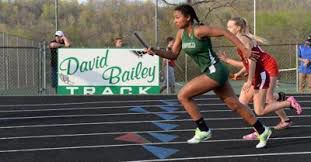 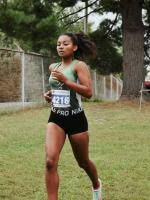 “We have some great talent coming in,” assistant coach Caleb Bowen said. “Coach Small and I are really excited where the program is headed. Both in cross country in the fall and on the track side, we added some great depth and athletes who really impressed us.”

Jordan recorded four top-three finishes in the West Virginia Secondary School Athletic Association Outdoor State Track Championships in the 800-meter run and 1,600 meters. She was part of the 2018 4x400 state championship team and also is a two-time podium finisher at the state championships in the long jump. Jordan holds top times of 2:21.68 in the 800, 5:18.30 in the 1,600, and 19:59.50 in cross country.

“We believe we could have one of the best cross country teams Marshall has ever had, especially the women’s team,” Bowen said. “We’re going to be very competitive and we’re very excited.”

The class includes one men’s cross country signee and seven women to run both cross country in the fall and compete in distance events in the winter and spring track seasons.

Two of the recruits join the Thundering Herd as transfers, including one post-graduate enrollee with one year of eligibility remaining.

Below is a list of the seven athletes joining Jordan in the signing class:

Bolt joins the program as a post-graduate transfer from Piedmont College and will study in the Marshall University Forensic Science Graduate Program. She is the Piedmont College record holder in the 10,000 with a time of 42:49.08 and is a two-time All-USA South runner in cross country. Bolt ran a 5,000 personal record of 19:53.84.

Dotson comes to Marshall as one of the more decorated women’s distance recruits in school historym having won 13 state championships in cross country and track and field. Dotson won the 2017 Kentucky cross country title and won the state indoor 800 championship all four years of her high school career. She won the state indoor 1,600 three times and her personal record is 2:12.70 in the 800 was set at the 2020 Marshall University High School Invitational, which also is the meet record, and was ranked 23rd in the nation. Dotson set personal records of 18:53 in cross country and 5:16.13 in the mile.

Edwards joins the program as a transfer from the University of Wisconsin, where in 2019 she had a best finish of 21st with a time of 18:19.48 at the Loyola Lakefront Invitational 5K, Edwards competed as a freshman in 2017-18 at Hillsdale College, finishing 13th overall at the Greater Louisville Classic and placing fifth or better in each 3,000-meter race in which she competed. A high school standout at Fairfield Christian Academy, Dotson finished third overall at the Ohio High School Athletic Association cross country championships as a junior and earned a runner-up finish her senior year. Edwards competed in the two-mile at the New Balance Nationals Indoor and Outdoor meets as a senior, finishing seventh and eighth, respectively. She won the 3,200 at the 2017 outdoor state meet.