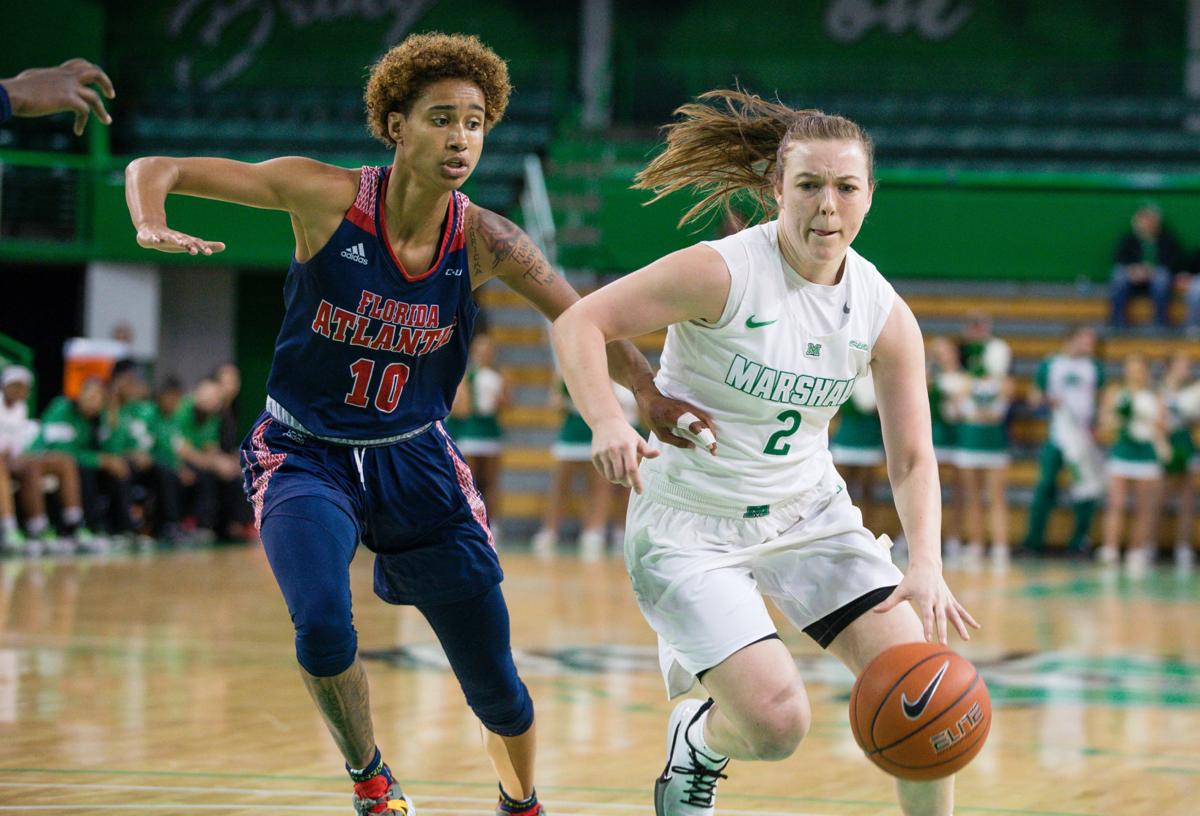 Marshall’s Kristen Mayo (2) drives to the basket past Florida Atlantic’s Glenisha Harkless (10) during a Conference USA women’s basketball game on Feb. 1 at the Cam Henderson Center in Huntington. 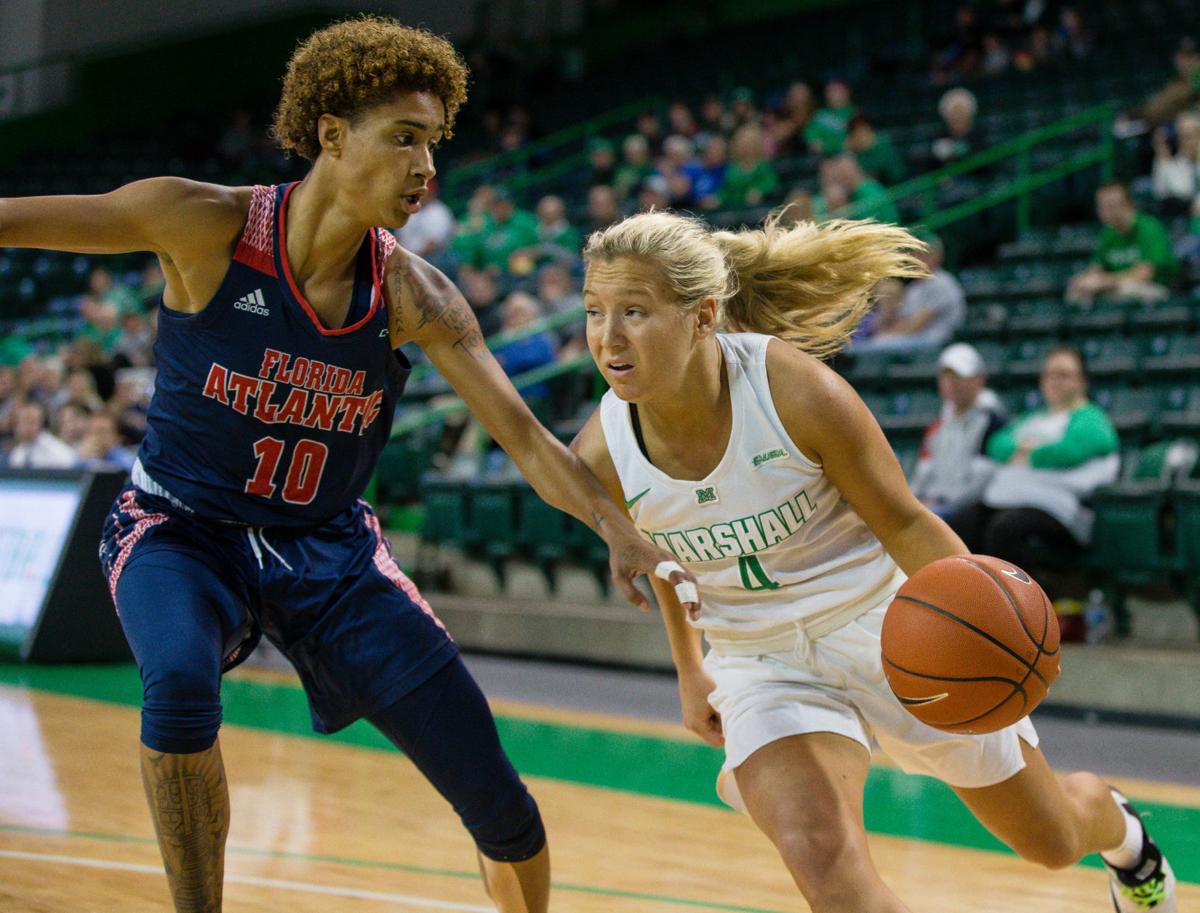 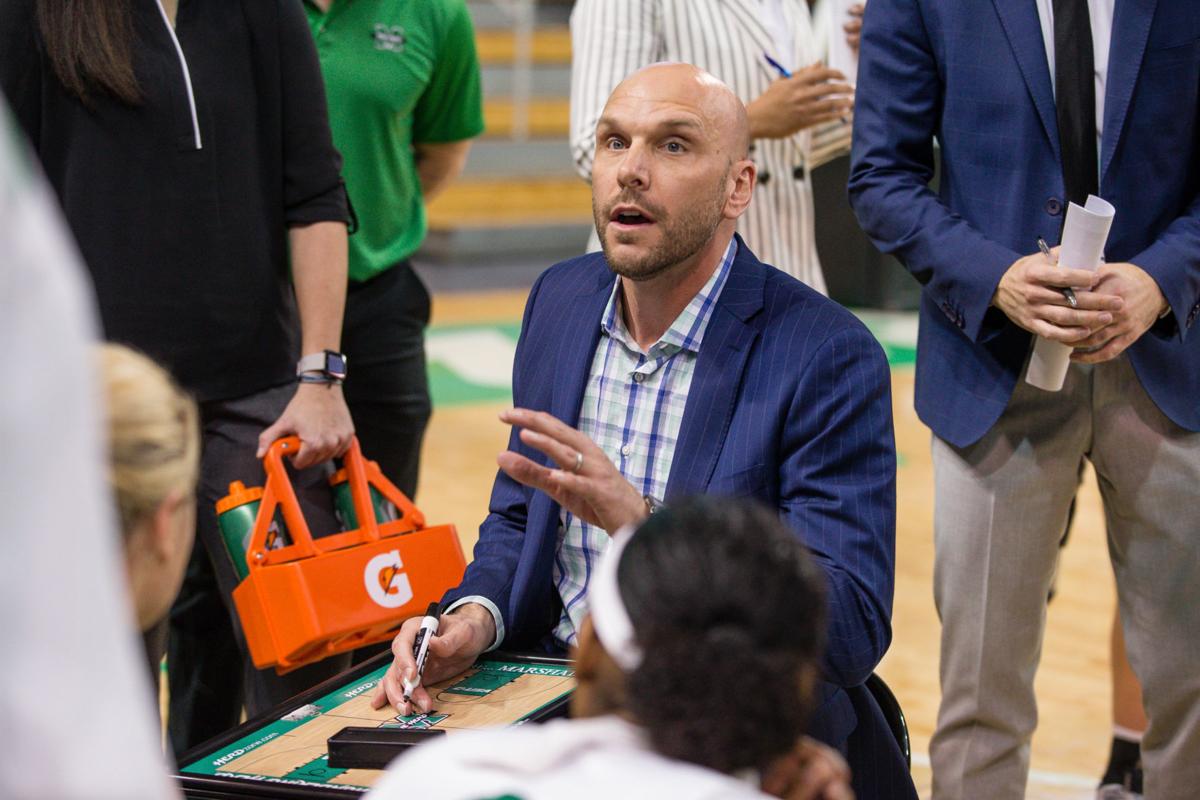 Marshall women's basketball head coach Tony Kemper talks with his players as the Herd takes on Florida Atlantic during a Conference USA game Saturday, Feb. 1, 2020, at the Cam Henderson Center in Huntington. 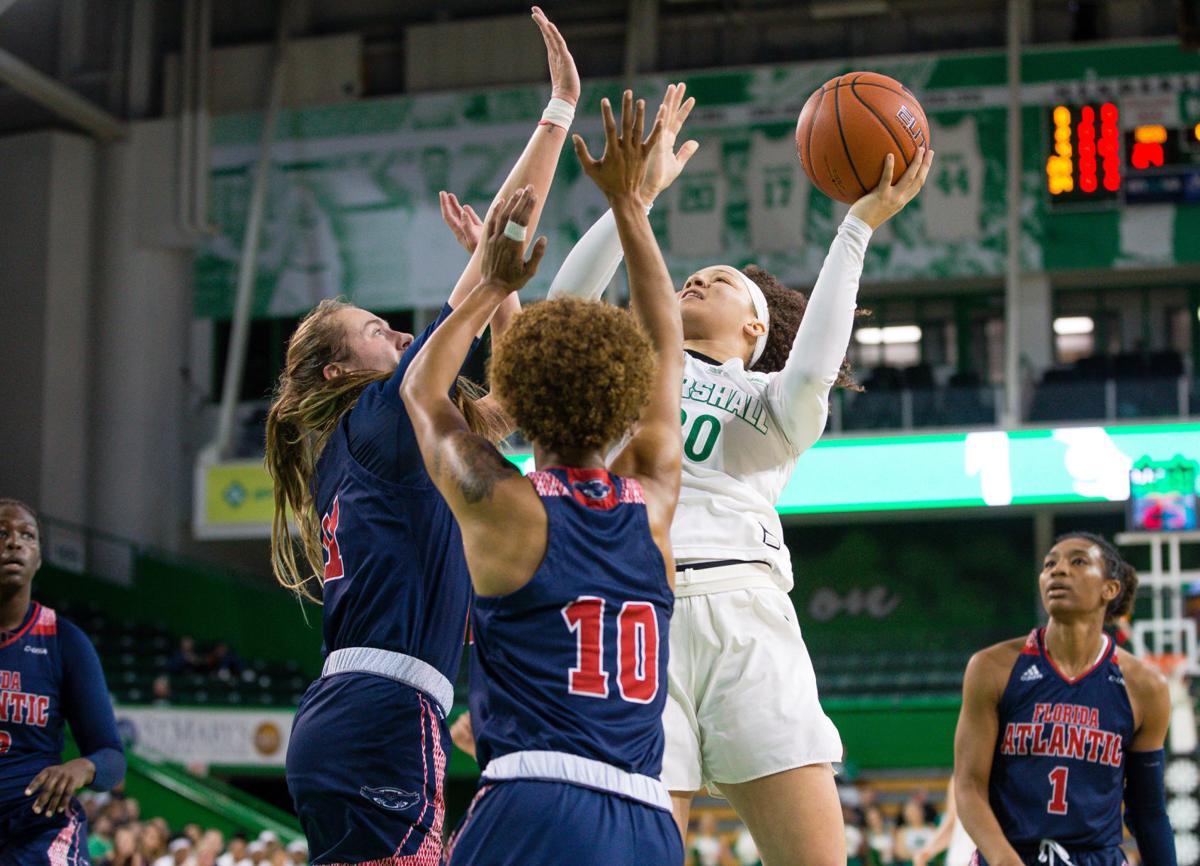 Marshall’s Kristen Mayo (2) drives to the basket past Florida Atlantic’s Glenisha Harkless (10) during a Conference USA women’s basketball game on Feb. 1 at the Cam Henderson Center in Huntington.

Marshall women's basketball head coach Tony Kemper talks with his players as the Herd takes on Florida Atlantic during a Conference USA game Saturday, Feb. 1, 2020, at the Cam Henderson Center in Huntington.

HUNTINGTON — As Marshall junior guard Kristen Mayo looked at the scoreboard in the fourth quarter, she had one thought: There was no way the Herd was losing its fifth straight game.

Mayo and the Thundering Herd women had seen a 22-point lead whittled in half by Florida Atlantic, but the junior nailed a 3-pointer with 4:41 left that steadied things as the Herd earned an 85-75 win over the Owls on Saturday afternoon at Cam Henderson Center.

“Kristen made huge plays in the fourth quarter when we were wavering a little bit,” Marshall head coach Tony Kemper said. “The 3 that she made, as a coach, it’s, ‘No, no, no, no … great shot, Mayo. Nice job.’ But that’s what you want. You want someone you trust to be a playmaker stepping up and winning the game for you.”

Mayo scored 10 of her 20 points in the fourth quarter to finish off the pivotal win for the Herd, who improved to 8-12 and 3-6 in Conference USA.

The junior guard from Grayson, Kentucky, said that at the end of the day it was all about finding a way to end the Herd’s losing streak and get the team headed in the right direction.

“They say shooters shoot, so I just had to keep shooting,” Mayo said. “I think we’re tired of losing. It’s all about peaking at the right time. We just have to stay a little bit more consistent and move forward from here.”

Mayo’s fourth quarter helped the Herd overcome another late-game struggle with decision-making down the stretch. Of Marshall’s 15 turnovers, 10 of them came in the fourth, leading to 14 FAU points in their comeback attempt.

Prior to Mayo’s fourth-quarter surge, Marshall freshman Savannah Wheeler and junior Taylor Pearson helped the Herd produce one of its better offensive efforts of the season.

For the second-straight game, Wheeler established a career-high with 25 points — 24 of which came prior to the fourth quarter. The freshman from Boyd County, Kentucky, had 22 in the loss to FIU on Thursday.

Pearson, who came off the bench and missed the first quarter for undisclosed reasons, scored 19 points, which also matched her career-high effort.

Pearson had the final seven points of the third quarter as the Herd took a 16-point lead to the fourth before building it to as big as 22 on her third 3-pointer just one minute into the final period.

Marshall finished the game shooting 47 percent from the floor and added 13 3-pointers to the equation as well.

“I thought we played well on both ends of the floor for the first three quarters of that game,” Kemper said. “Honestly, that is way closer to what I thought the team would play like on offense all year.”

Wheeler scored 17 of her career-high 25 points in the first half, hitting six of eight field goal attempts to lead the Herd to a 43-30 halftime advantage.

After falling behind early, Marshall’s defense came alive in the second quarter, limiting the Owls to just two field goals in the first 7:30 of the quarter to turn a deficit into a double-digit advantage.

Wheeler and Pearson combined for 19 of the Herd’s 26 points in the quarter as the Herd turned the game in its favor.

For the second-straight game, Marshall fell behind early on account of a forward getting hot from the outside.

Florida Atlantic’s Astou Gaye hit her first four 3-point attempts on pick-and-pop situations, scoring 12 points during the first quarter to lead the Owls to an early advantage before back-to-back 3-pointers by Paige Shy and Wheeler flipped momentum before the end of the first quarter.

However, Marshall’s defense did not allow Gaye to get another clean look from 3-point range and she finished with just two field goals the rest of the way.

Juliette Gauthier added 12 points and 11 rebounds, while Crystal Primm had 11 in the loss.

Marshall hits the road for an important weekend of games at Southern Miss and Louisiana Tech — both of which are logjammed with the Herd in a pack of six teams within the conference standings.

The Herd and Golden Eagles lead off the weekend at 7 p.m. on Thursday. Marshall then travels to Ruston, Louisiana, to meet the Lady Techsters at 3 p.m. on Saturday.

Marshall takes on Florida Atlantic during an NCAA women’s basketball game on Saturday, Feb. 1, 2020, at the Cam Henderson Center in Huntington.