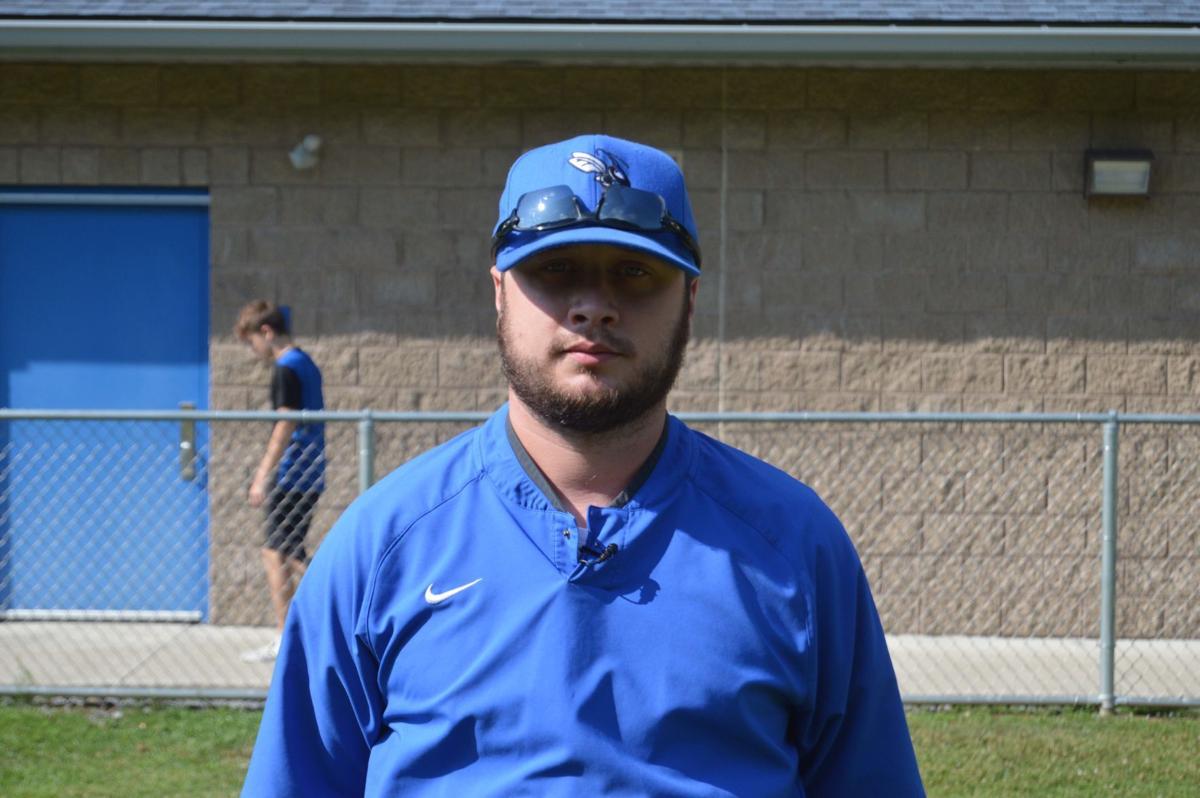 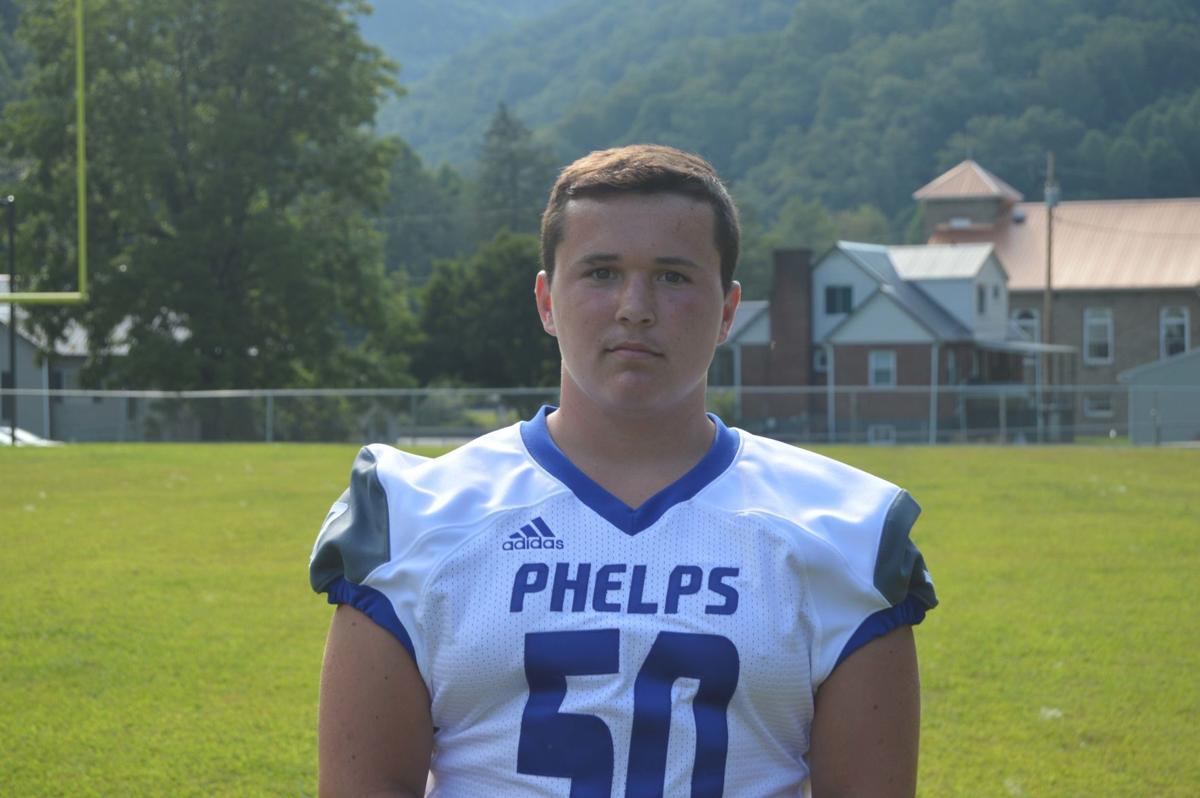 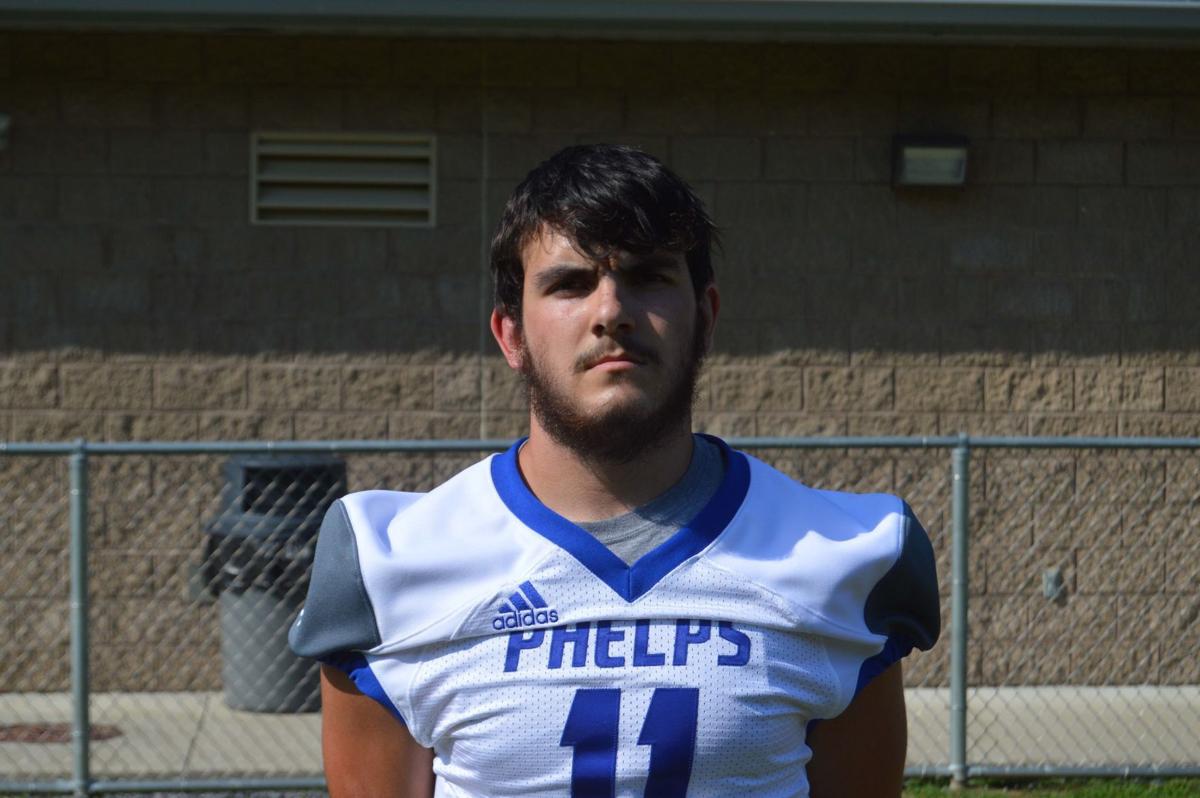 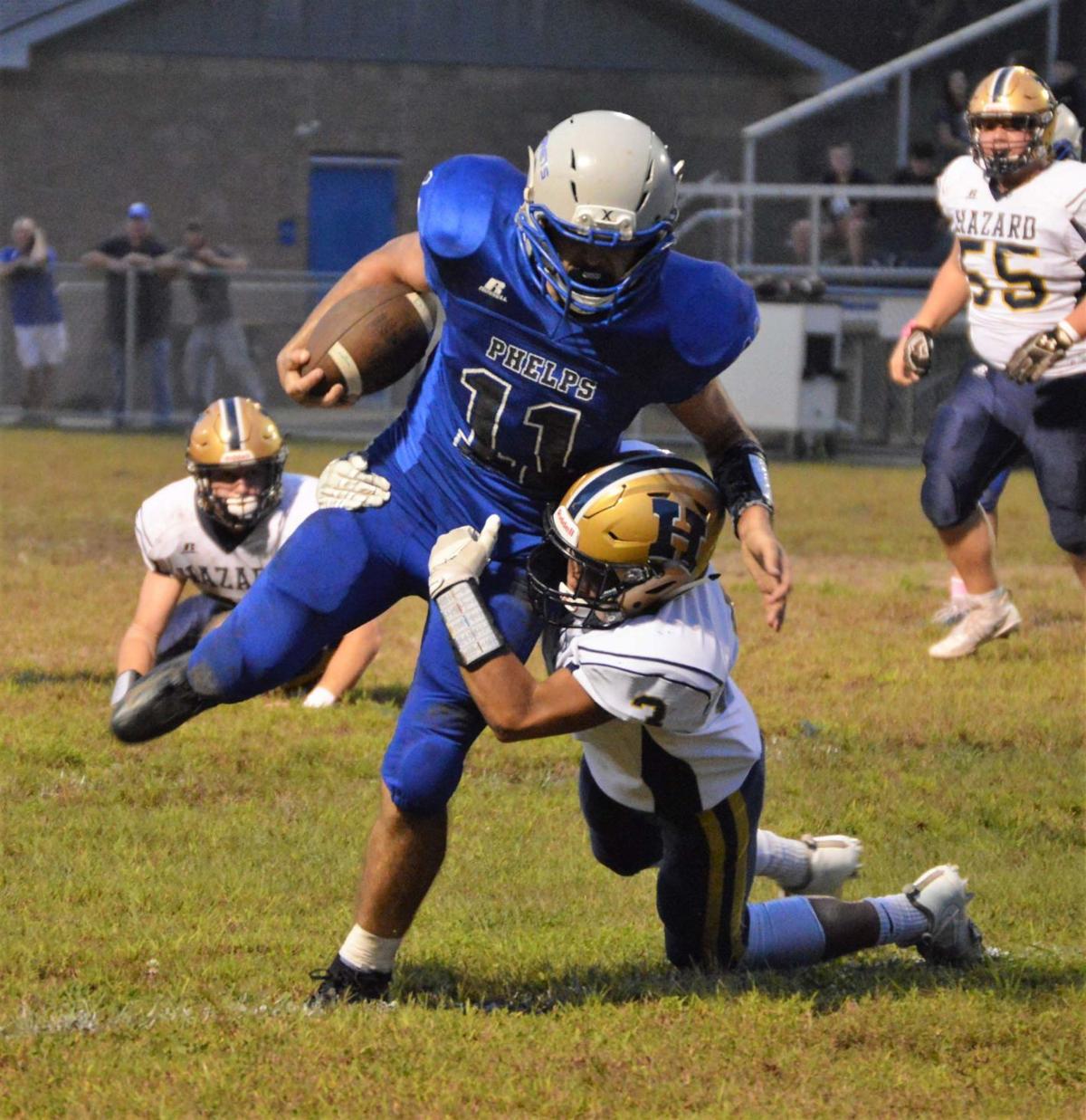 RIGHT: Phelps runningback Dominick Francis powers through a tackler in the 2018 season. 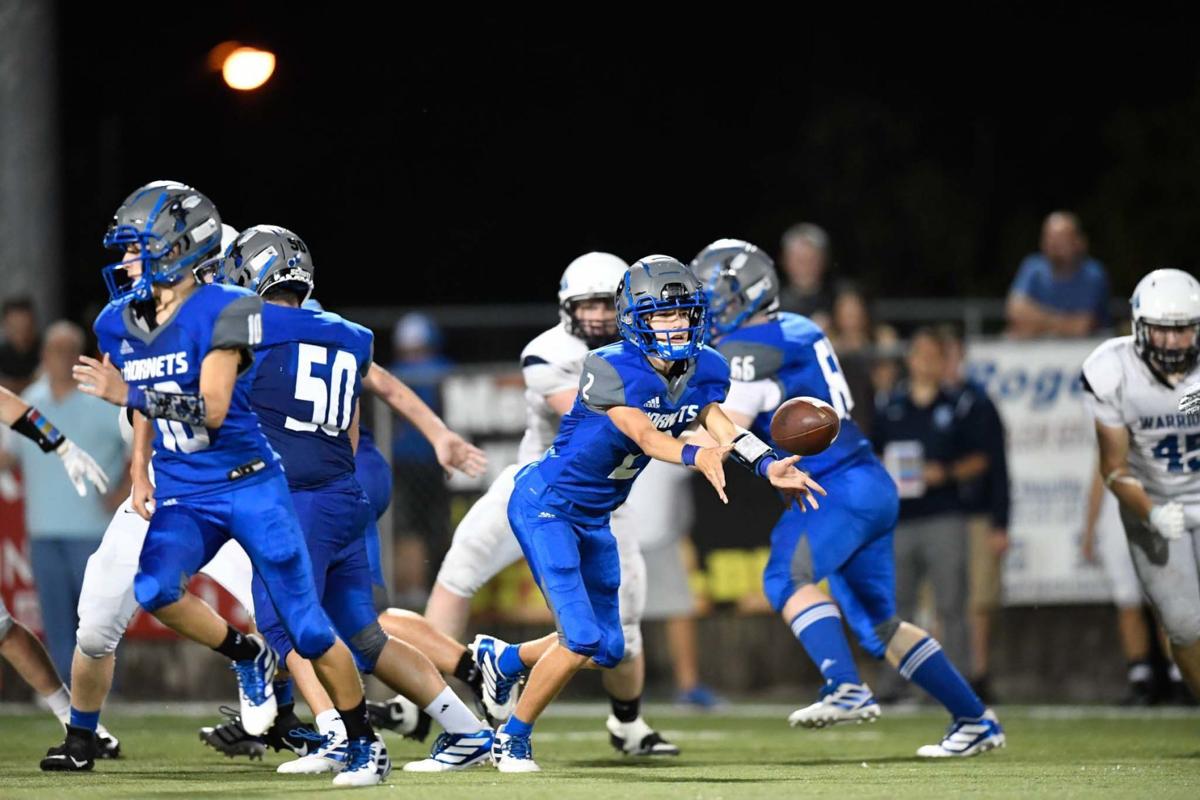 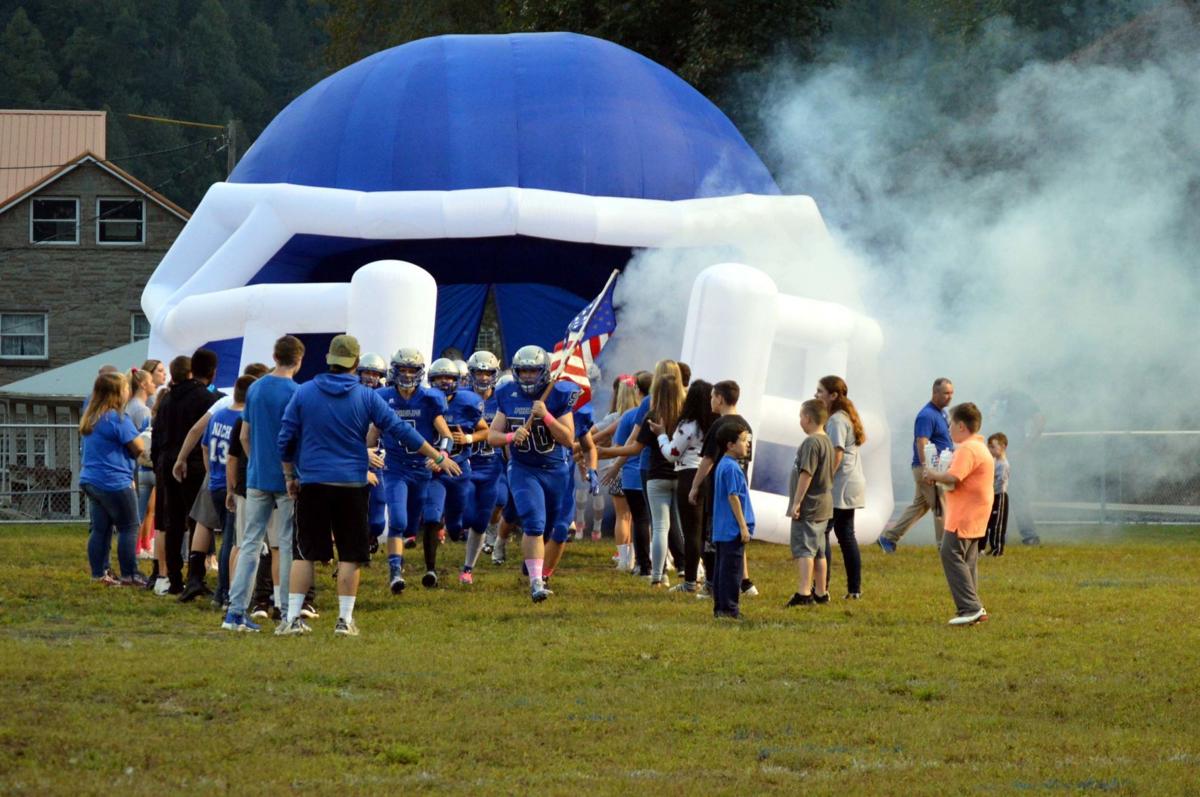 ABOVE: The Phelps Hornets take the field prior to a game in the 2018 season at Marty Casey Stadium. 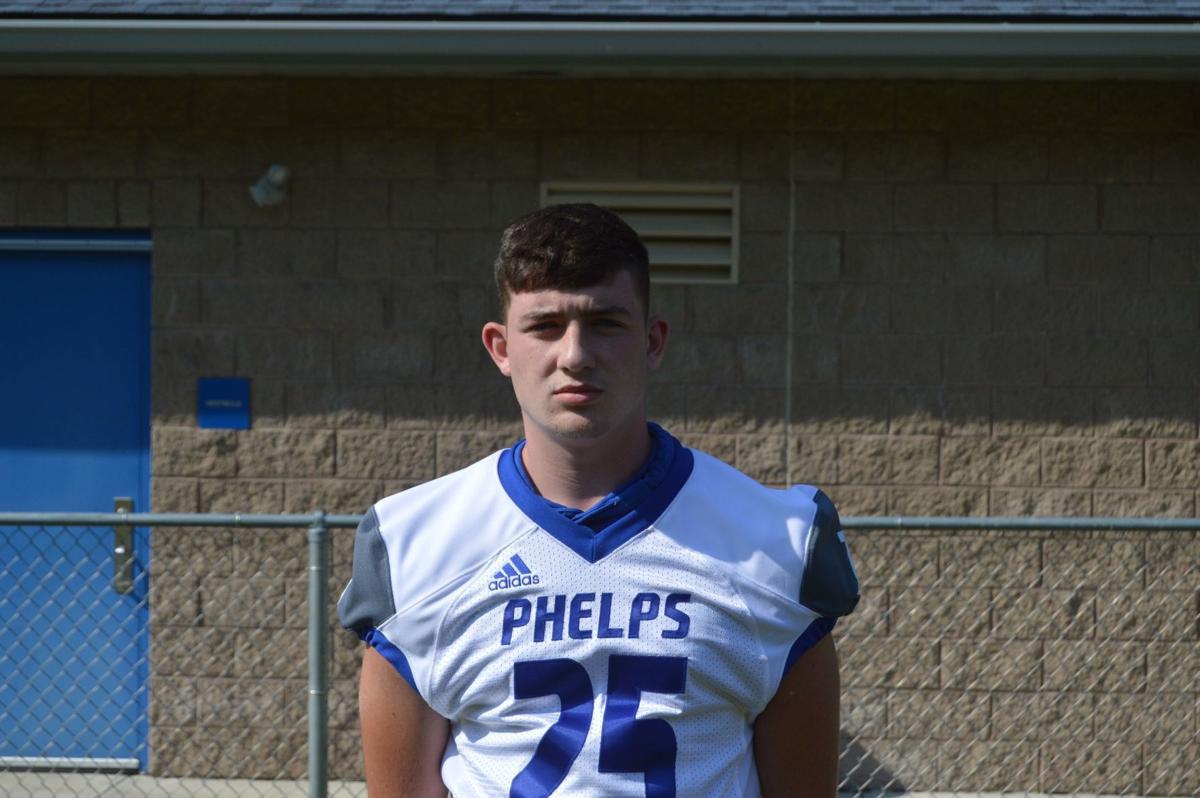 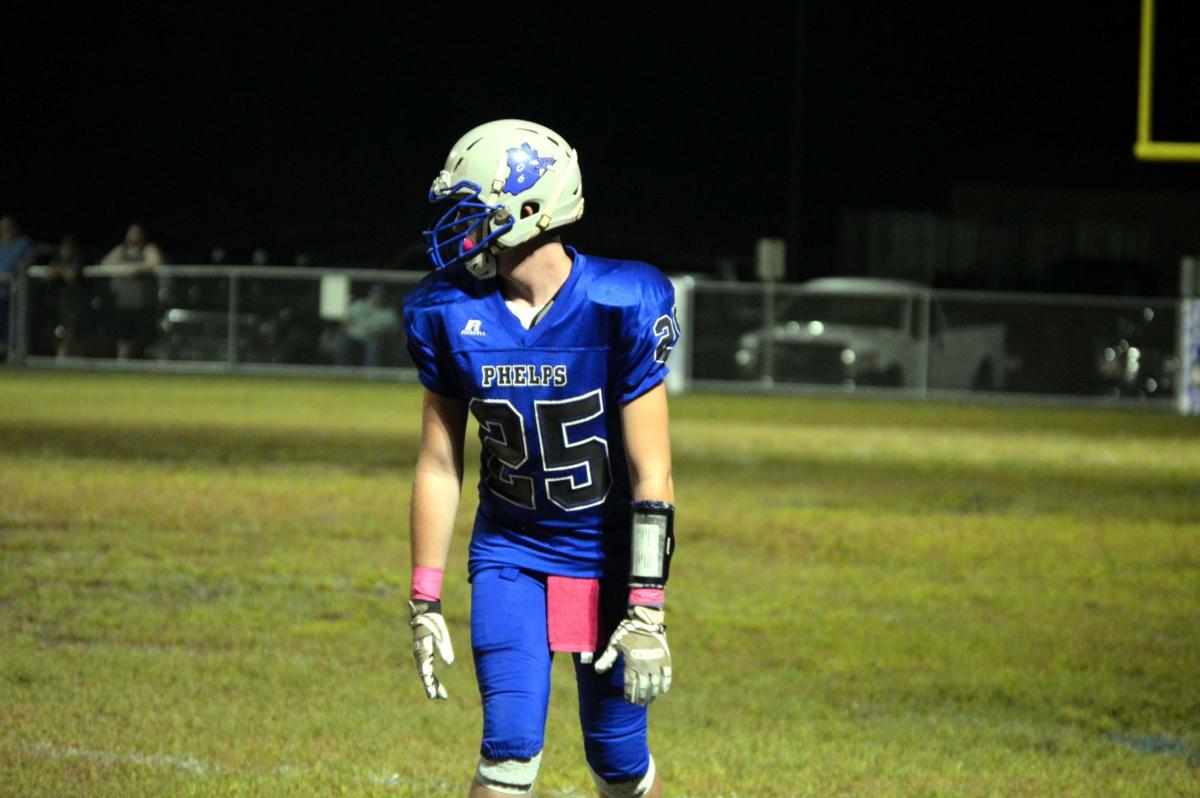 Phelps wide receiver Seth Mayhorn prepares to run a route during a game in the 2018 season. 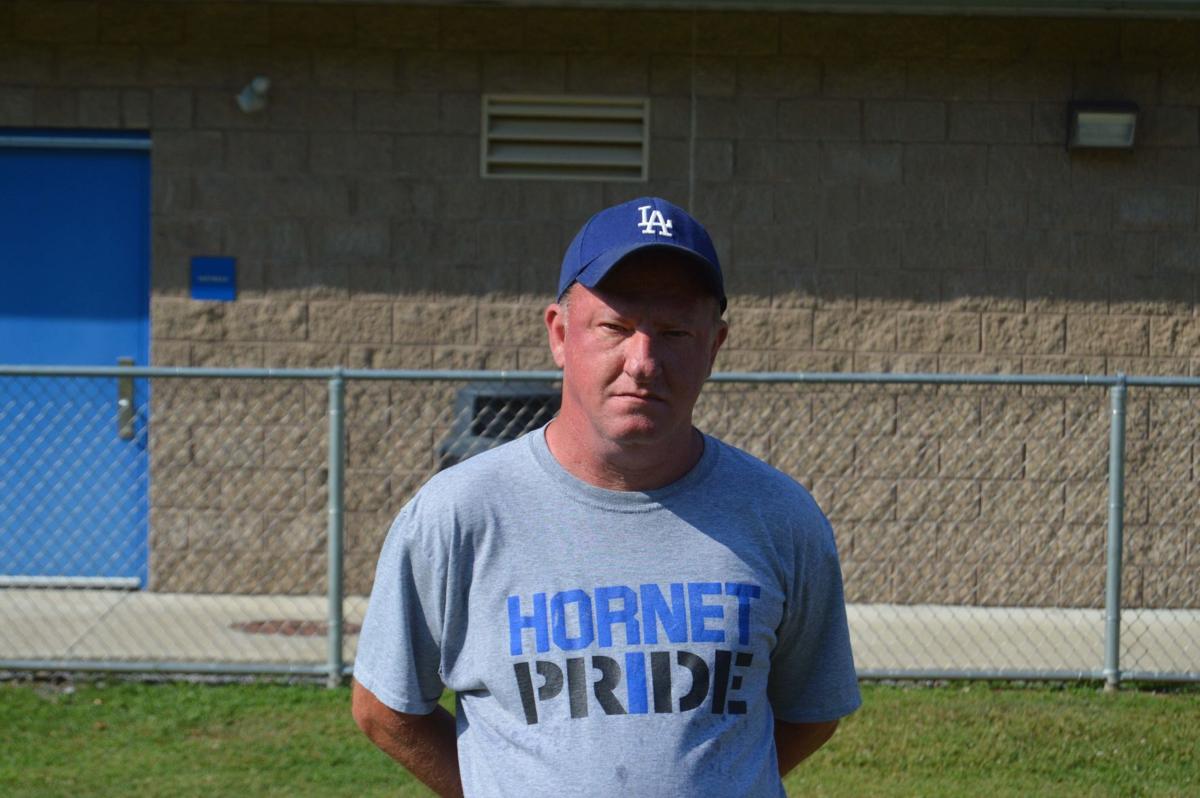 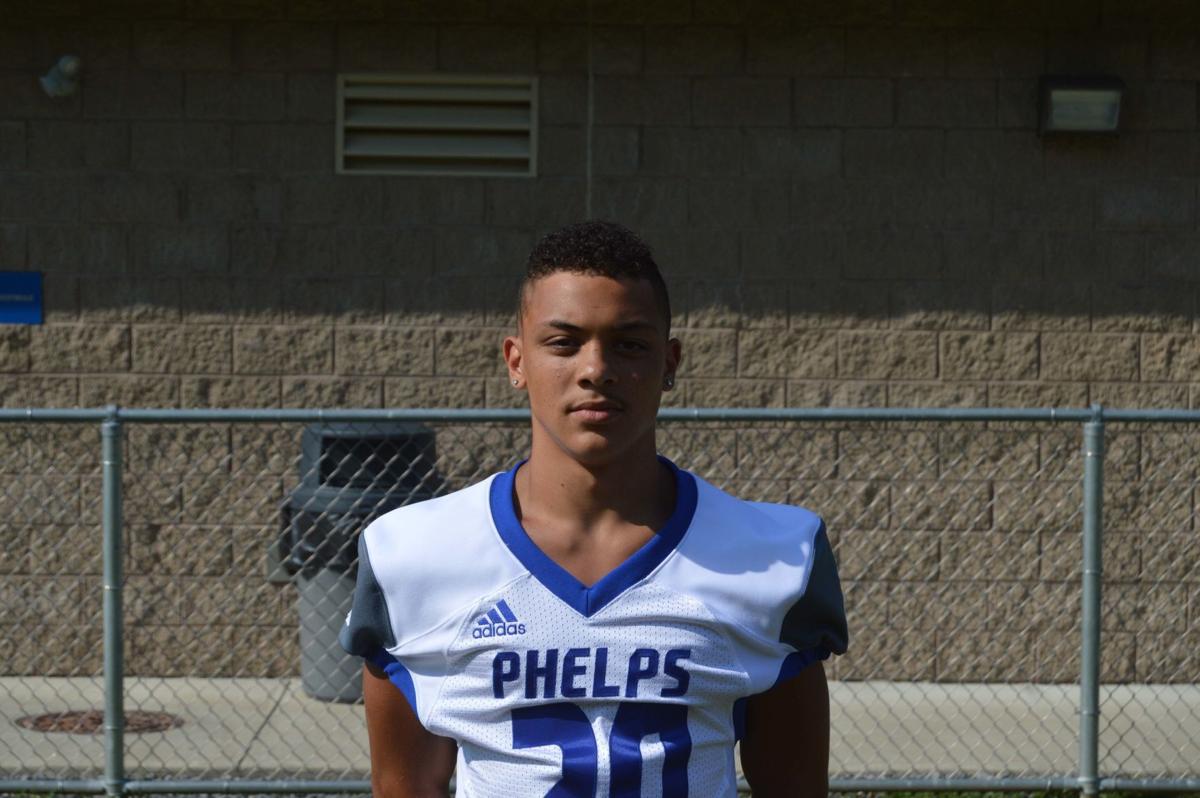 RIGHT: Phelps runningback Dominick Francis powers through a tackler in the 2018 season.

ABOVE: The Phelps Hornets take the field prior to a game in the 2018 season at Marty Casey Stadium.

Phelps wide receiver Seth Mayhorn prepares to run a route during a game in the 2018 season.

PHELPS, Ky. — The Phelps Hornets football team and Head Coach Andrew West head into the 2020 season looking to improve on their past season where the team went 4-7.

The Hornets were sent home last season in the first round of the playoffs, but Coach West is confident that his team will come out looking to make a statement and turn some heads.

“This is probably going to be the most experienced team Phelps has ever had in terms of guys having the playing time and the knowledge from the field and experience. We are looking to win 6 or 7 games, but the goal is always go 1-0 every week.” Coach West said. “Just win your game that week, go 1-0 that week is our goal right now.”

Phelps ran the ball for 2778 yards last year and almost half came off the legs of Senior running back Dominick Francis. The Hornets Francis was responsible for 15 total touchdowns last year while totaling 1,310 yards, good for 119 rushing yards per game.

“Dominick is going to be moving from running back to Quarterback for us this year so that way I can get the ball in his hands just about every play.” Coach West said. “We are going to try and spread the field a little bit more and throw the ball around and just let our athletes make plays because we have some guys on the outside who have some speed and can catch.”

Running back Tyrell Hollis is also back for his senior season after he ran for 698 yards and five touchdowns in 2019. West also expects senior Seth Mayhorn and former quarterback Riley Dotson to step up and contribute on the outside catching the football.

Phelps defensively returns junior defensive tackle Landon Dotson who led the Hornets in solo and total tackles a year ago with 59 total and 20 solo.

Kenzeth Ratliff is also back along the defensive front as he was second on the team in tackles in 2019.

Defensive backs Cainan and Christian Land both are back in the secondary, as is Bryson Locklear who missed most of 2019 due to injury.

In total, the Hornets welcome back four out of their top five tacklers for the 2020 season.

Due to the COVID-19 outbreak and regulations by the KHSAA Phelps will only play 9 games this season to help limit exposure to the Corona Virus. The coaching staff at Phelps though has also implemented some of their own regulations to help due their part is slowing the spread.

“We social distance and wear masks when we are inside, and the boys get hand sanitizer every 10 to 15 minutes so we are just trying to do our part.” Coach West Said. “All our weightlifting and workouts are being held outside as well.”

Also, this off season Phelps won a national helmet design contest which was held all on Twitter which has brought more attention to the football program at Phelps.

West is entering his second season overall as the head coach in Phelps, but his third season overall in Hornetville as he was the offensive coordinator in 2018 during the final year of the David Jones era.

West said the culture and the excitement around the program has continued to grow over the past three years and that has led to more success on the field.

“These boys are proud to say they play football for Phelps.” Coach West said. “The boys are proud to put the uniform on because it looks good and was voted it looked good. The culture has changed, and the boys are really happy to be here and we are ready to show what we got.”

The Hornets will once again play their home games at the friendly confines of Marty Casey Stadium in Phelps, but due to COVID-19 concerns, it is currently unclear how many fans the KHSAA will allow to attend games.

Due to the Pike County Bowl Cancelation this year the Hornets will start off the season on September 11th at 7:30 P.M. against Martin County at home.

Phelps will also get a chance this season to retaliate against Hazard who sent them home last season in the playoffs and also get a chance to take on the defending single A state champions Pikeville, with both of those contest being district games.