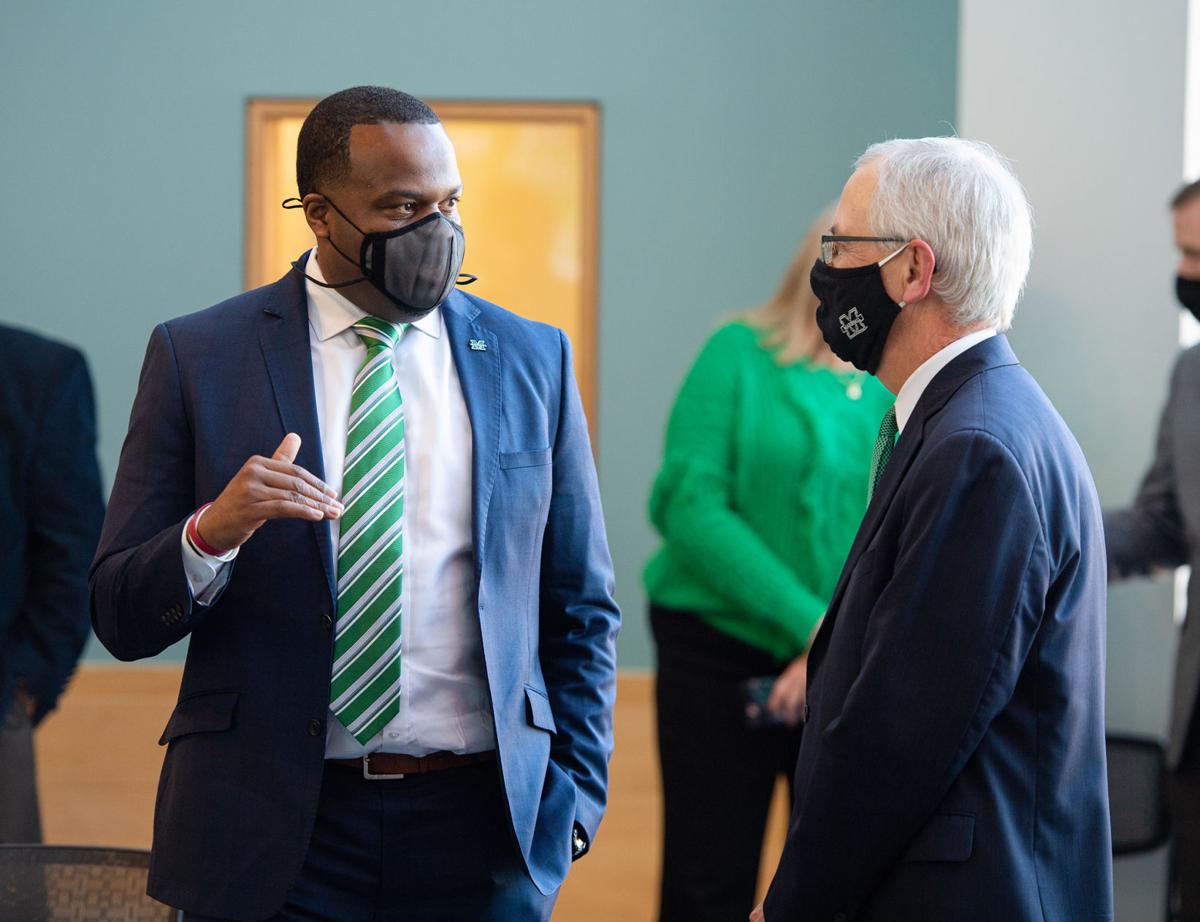 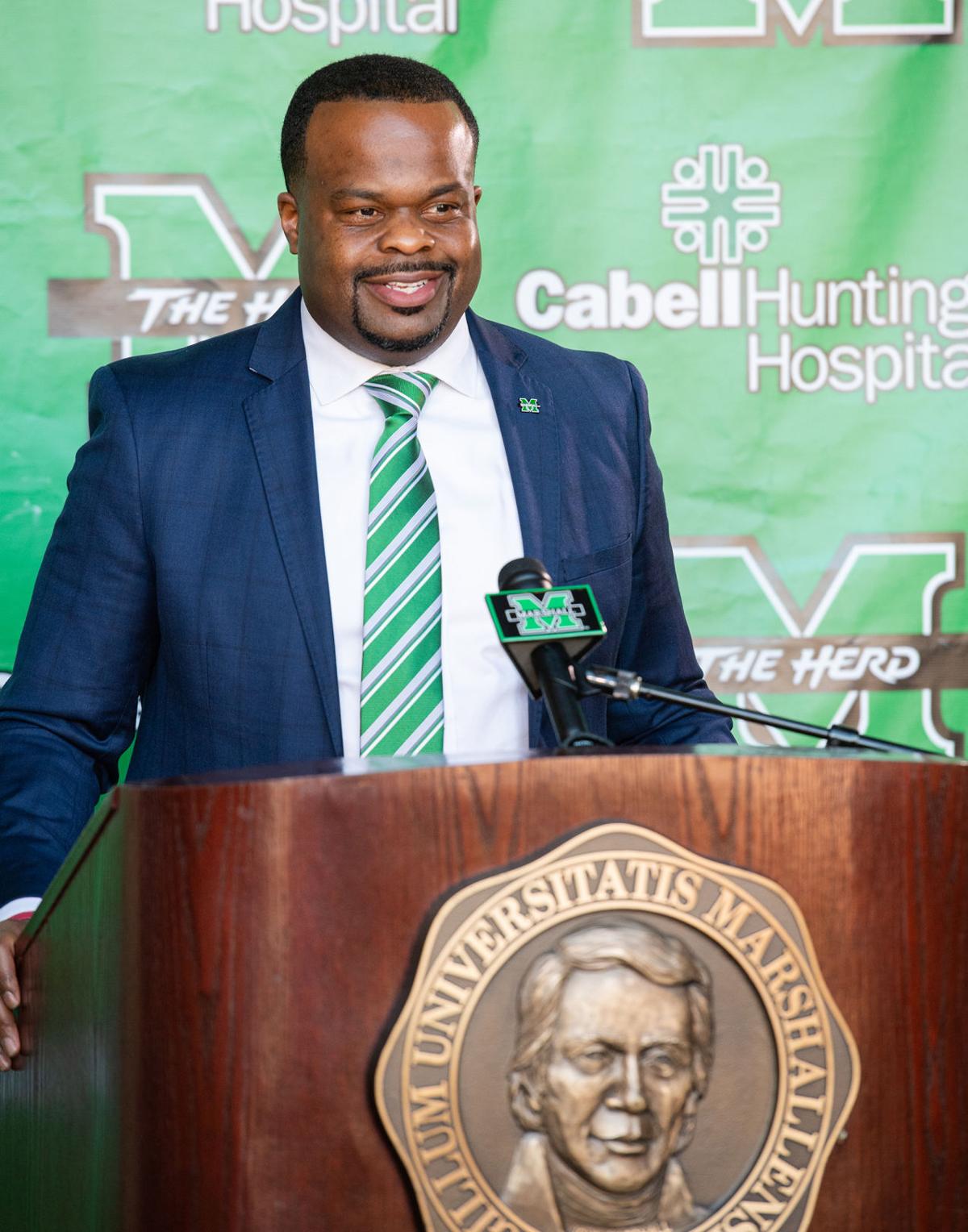 HUNTINGTON — For those wondering what Marshall’s play would be like under new coach Charles Huff, one statement pretty well summed it up.

That statement came during a press conference on Tuesday afternoon as he was introduced as the Herd’s 31st head football coach.

Huff was looking to make a strong impact, just like what he envisions his team doing on Saturdays.

“We’re going to be the fastest, physical, most aggressive football program in the country, OK?” Huff said. “We want other teams saying at the end of the game, ‘I. Hate. Playing. That. Team. I hate playing them. Don’t put them on the schedule again. I hope we don’t have to play them. They play with a focus and intensity for 60 minutes that I can’t match.’”

That statement resonated quickly with fans, who took to social media quickly to voice their support for the Herd’s new hire.

As one fan texted yesterday after the press conference, “I’d run through a wall for that guy.”

That was the type of impact Huff was looking to score at his introduction and it was executed.

In terms of game-play on the field, the approach will be similar to that which Alabama employed in scoring 48.5 points per game this season.

It will revolve heavily on quarterback Grant Wells, who returns as the lone freshman to make the All-Conference USA First Team.

“Having a quarterback gives you the ability to open your offense, so we are going to be very similar to how we were at Alabama,” Huff said.

“We’re going to combine the RPO (run-pass option) game and we’re going to stretch the field at all three levels, vertically and horizontally.

“We’re going to mix in the RPO, but we’re also going to add the NFL Pro-style dropback pass. I think it puts defenses in a bind.”

However, unlike under Doc Holliday’s system that leaned heavier on defense and special teams, Huff is going to allow Cramsey and the offense to open things up with Wells at the helm.

“It creates headaches for defensive coordinators and it produces a fun brand of football for the players and the fans,” Huff said. “I think everybody likes when the scoreboard goes up in our favor, and that’s the goal.

“You cannot win the game if you don’t score. If you aren’t trying to score, why are you playing? We will be aggressive, we will be open and we will also make sure that our schemes fit our players.”

Last season, Marshall finished in the middle of the pack in offensive statistics, based on a final three games that produced just 23 points.

However, despite the late struggles, Marshall averaged 28.5 points for the season.

The transition to a more open scheme falls in line with good timing for the Herd, who lost lead running back Brenden Knox, who was the 2019 Conference USA Most Valuable Player and an All-Conference USA First Team selection in 2020.

Knox, who rushed for 2,852 yards and 24 touchdowns in his Marshall career, was one of four players Marshall lost to the 2021 NFL Draft.