Sign Up
Log In
Purchase a Subscription
You are the owner of this article.
Edit Article Add New Article
You have permission to edit this article.
Edit
Home
News & Features
COVID-19 Vaccine
Sports
Opinion
Obituaries
Photos
HD Media LLC
Share This
No Thanks
1 of 2 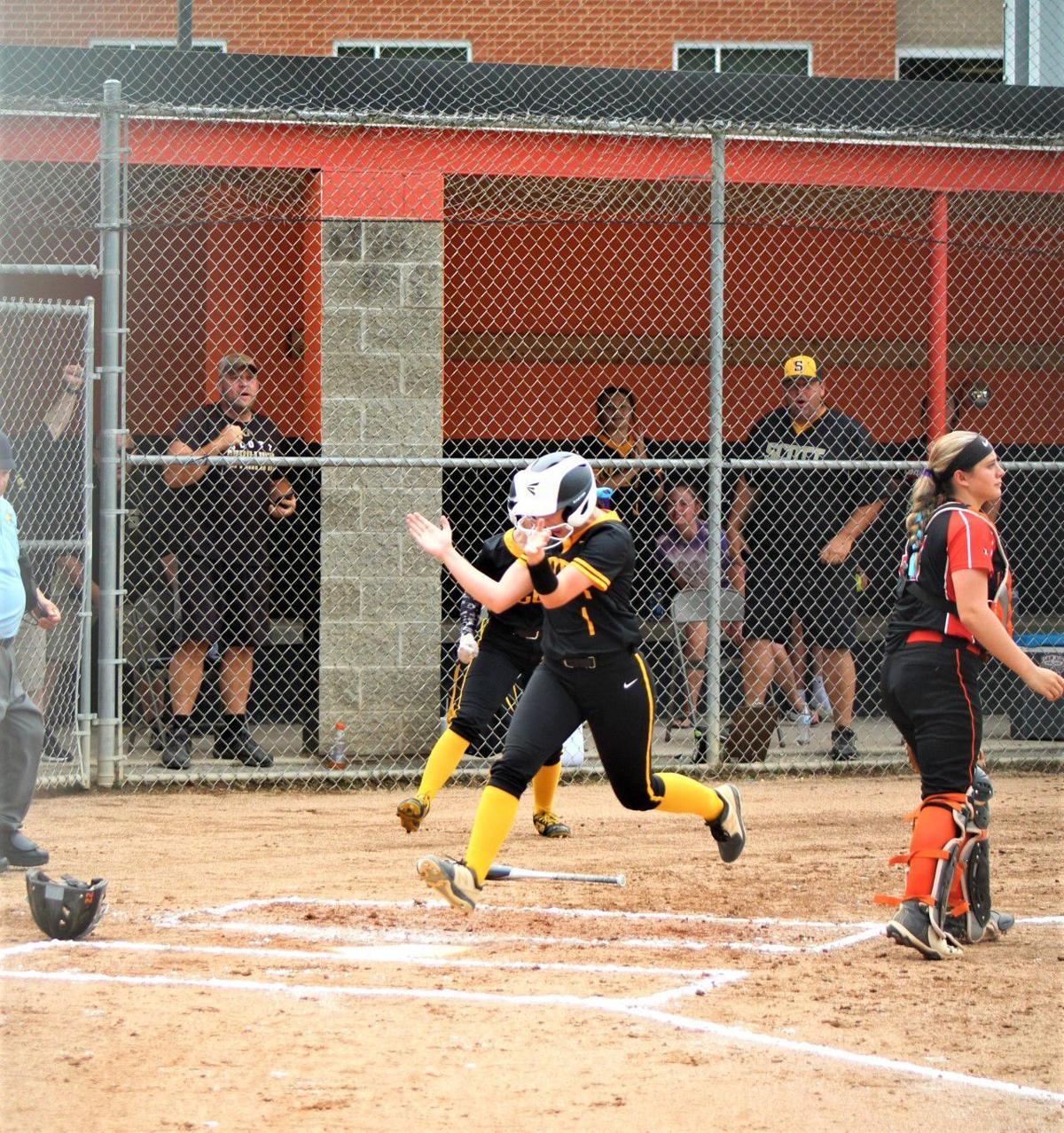 Emily Scott scores the winning run for Scott in a 3-2 win over Chapmanville on June 10 giving the Lady Skyhawks the section crown. 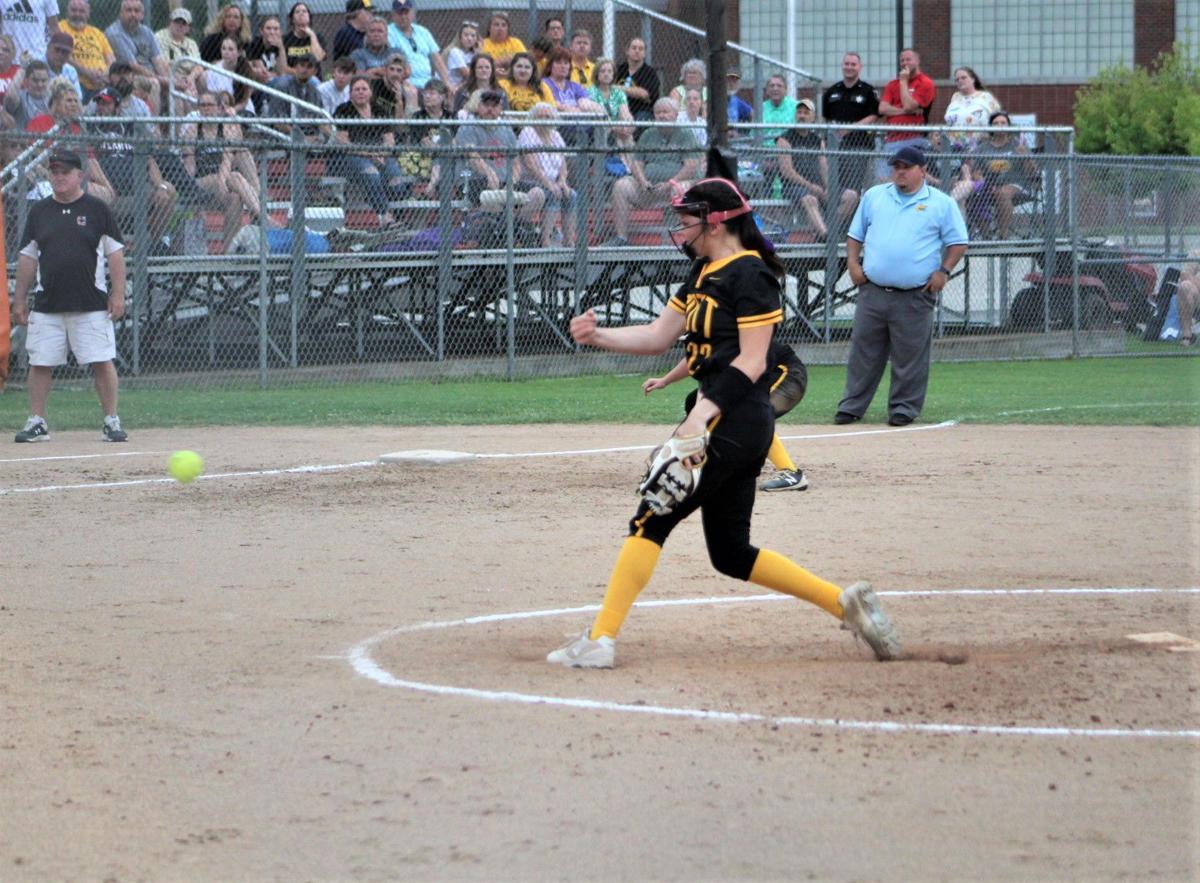 Scott’s Tatum Halley slings a pitch against Chapmanville on June 10.

Emily Scott scores the winning run for Scott in a 3-2 win over Chapmanville on June 10 giving the Lady Skyhawks the section crown.

Scott’s Tatum Halley slings a pitch against Chapmanville on June 10.

The Lady Hawks earned a 3-2, extra inning win over Chapmanville to secure a Class AA Region 4 Section 2 title on Thursday.

Under head coach Eric Harper, Scott worked their way through quarantines to finish their season as the No. 1 seed with a record of 15-6

Coach Eric Harper spoke about the win, touting the “Terrific Ten” as a force to be reckoned with, given their small roster.

“I’m telling you what,” Harper said, “I’d go to war with these ten girls anytime.”

From the flooded home field that threatened their season to two quarantine periods, Harper points to the toughness of this Lady Hawks team as a main factor in their success. Even the rainy postseason has kept things interesting, with the coach sharing how he’d spent each day at home since the tournament began looking at the sky.

According to Harper, the weather has tried the patience of everyone waiting for the drought to end.

“I’m glad this thing is over.”

Beginning Tuesday, the winning Scott team looked to accomplish something they had not done in thirteen years. The last Lady Hawks softball team to win a section title was in 2008 in Logan, defeating defending class AA state champions Chapmanville Regional High School and star All-State pitcher Andi Williamson with a score of 8-6.

Over a decade later, Scott’s Lady Hawks found themselves back in Logan County to face Chapmanville once more in hopes of being champions of Class AA Region IV Section II. This time, the Boone County side were poised to win against the 9-14 Lady Tigers, whom they beat in the winner’s bracket final on June 4 off sophomore Tatum Halley’s excellent tenure on the mound and freshman Natilie Green’s game winning single in the seventh inning.

That game went scoreless until the very end, and a similar contest played out over this multiple day final. Halley returned to pitch for Scott, facing off against Chapmanville senior Sierra Cook.

On Chapmanville’s part, they earned their sectional finals appearance against Scott High after taking down the 8-17 Logan High Lady Cats with a 3-2 win. Cook threw for 10 strikeouts and 1 walk against Logan. Chapmanville’s losing record this season is their first since 2012.

The championship game, originally scheduled for Monday, was pushed back a day by rain. Tuesday saw the contest begin properly, but its conclusion would not happen for another two days.

Chapmanville freshman Erica Sigmon was the first runner to score after being walked at the top of the third inning, and sophomore second baseman Emma Muncy’s single was followed by a triple to left field hit by junior Mikayla Tomblin to make it 2-0 in favor of the Lady Tigers. Scott responded with two runs of their own. First, Halley recorded a hit off a bunt to start things off for her team with one out. She was soon joined by junior shortstop Jayden Elkins, who then joined her in scoring by making the tying 2-2 run after junior third baseman Dailan Adkins’s own single.

From there, the score remained tied for the remainder of the day with no more runs. One notable defensive display came in the top of the fourth when a bunt attempt on one out from Lady Tigers junior left fielder Baylee Belcher turned into an unexpected double play. Adkins picked the ball out of the air with speed, then threw it to senior 1B Kirsten Arthur to get the runner off first out after she missed her tag. From there, play was halted as a thunderstorm rolled in on the 6th. The remainder of the final was scheduled for Wednesday, but rain that evening pushed it back yet another day.

When Thursday looked good enough to play, both teams reconvened and battled out the rest of their innings. The sixth passed without a winning run, then the seventh. The top of the eighth saw no hits from the Lady Tigers before Scott got another chance at offense.

Senior infielder Emily Scott singled to record a base hit, and then she was advanced by Elkins with a similar hit to center-right field. Adkins hit an infield fly and was quickly dispatched for the first out. Freshman outfielder Hannah Price stepped to the plate, batting with the advantage of two runners on first and second with two outs left. On the 2-0 count, Price knocked the ball out of the infield and past the defense, giving her team the walk-off double as Emily Scott ran across the finish line and secured her school’s first softball sectional championship in thirteen long years — in front of an exhilarated crowd of supporters from home.

With each team getting some rest over the two days of suspended play, Harper notes that Tatum Halley’s leadership has been something for the other nine girls to rally around throughout the season. “My girls, they feed off of Tatum, my pitcher… When she came into that first inning and blew by everybody, I knew she’d set the tone for us right there. That’s a huge part of this team.”

Looking ahead, he knows that the defense is in good hands, and that offense will be a big player in how deep the team can go.

While the postseason is, fortunately for the Skyhawks faithful, not over yet, the closure achieved by this win is not something the coach is content with being a one-off.

“I don’t plan on losing one of these [sectional championships] as long as I’m here.” Harper’s statement is one that Scott’s fans can get excited about after years of struggle.

Tatum Halley’s eight strikeouts for Scott and Sierra Cook’s 9 strikeouts for Chapmanville showed once again the strengths of each side’s pitching. Offensively, the trio of Emily Scott, Jayden Elkins, and Dailan Adkins each went 2-for-4 at the plate. Additionally, Scott and Elkins each completed runs, with the former’s being the one that ended the game. Hannah Price batted Scott in for the victory. Chapmanville’s Emma Muncy went 2-for-4 with one run, and sophomore Erin Adkins went 2-for-3.

Scott High returns to their home field in Lick Creek on Monday, June 14 at 6 p.m. to challenge Sissonville (14-4) in the regional round. Sissonville’s previous game was an overwhelming 19-0 victory over No. 1 Winfield (20-6) as the third seed in the section.