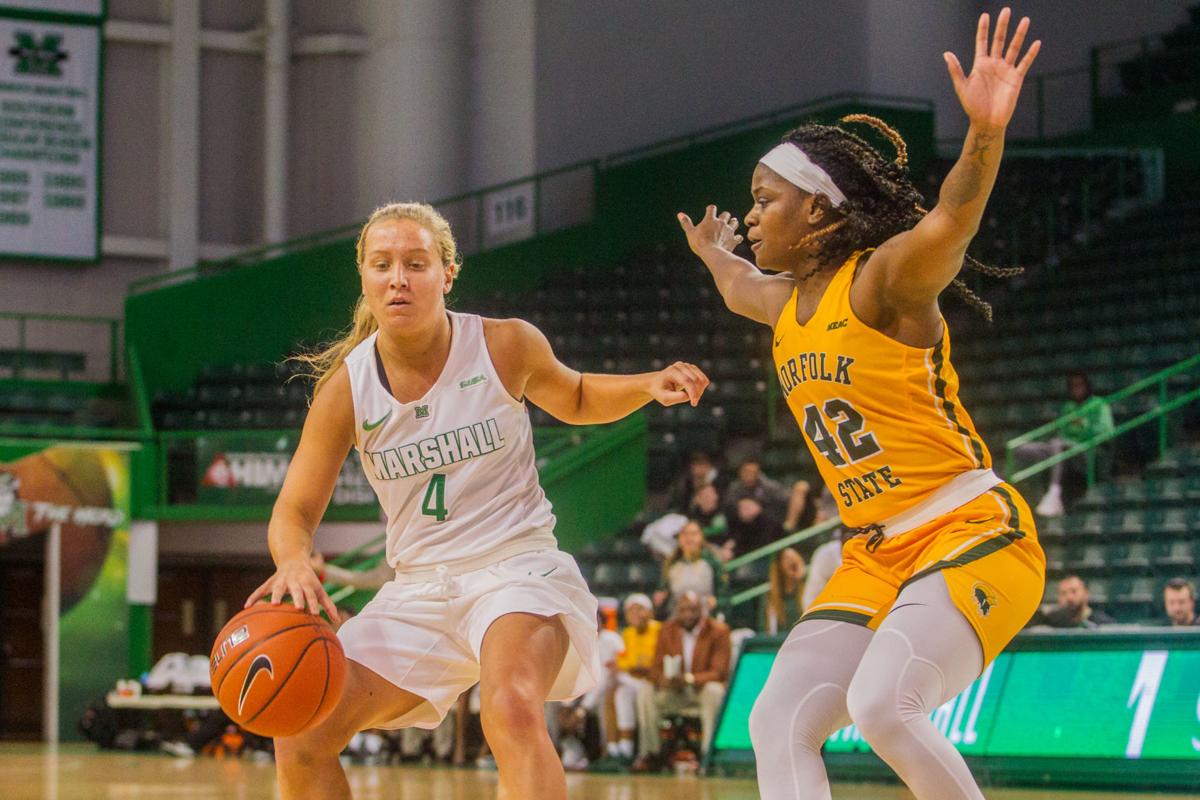 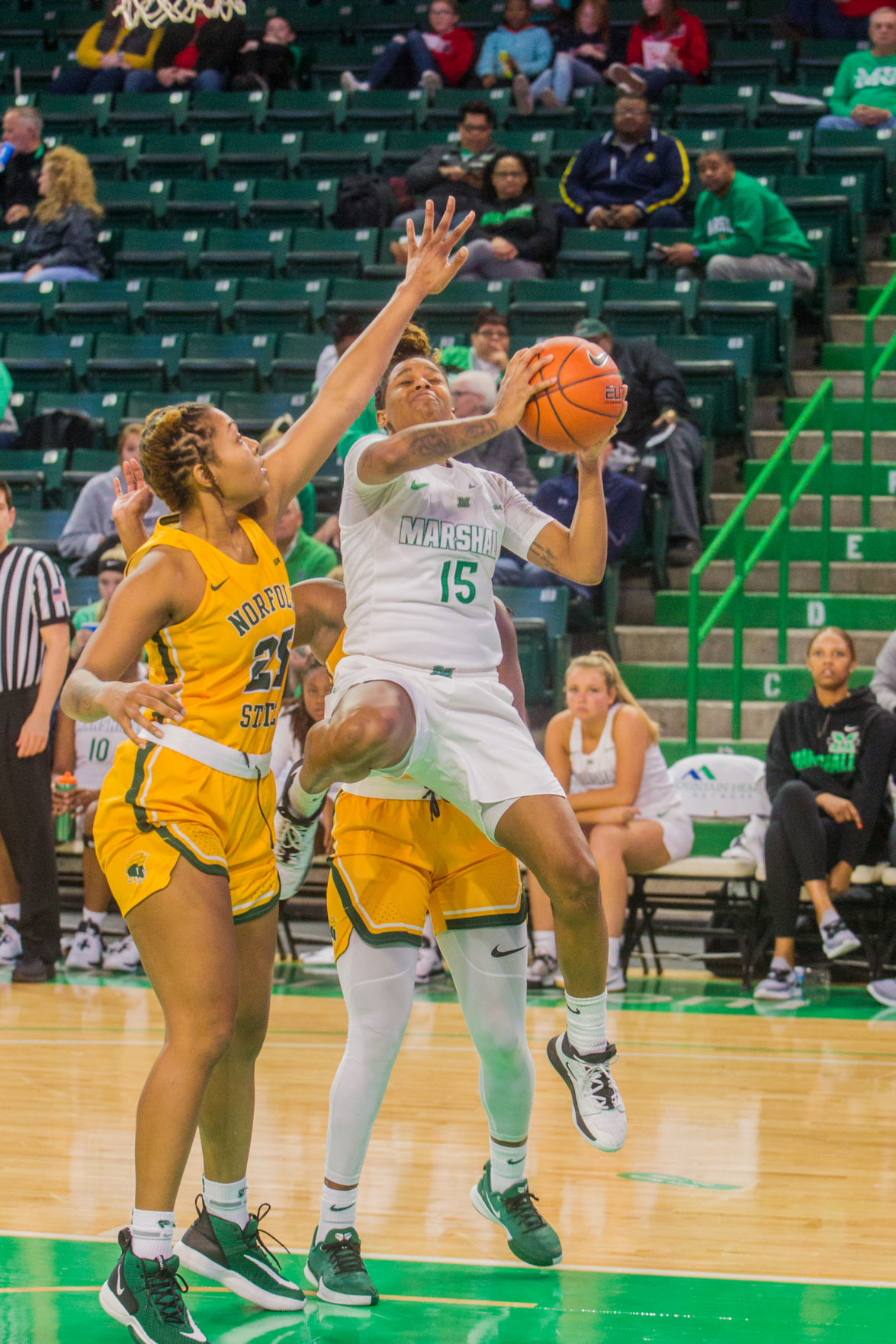 Kemper loved most everything about the first half. The second half? Not as much.

Well, that is, except for the end.

Kemper saw his team jump out to a large lead in the first half, and subsequently saw the Thundering Herd fall behind in the fourth quarter before rallying down the stretch for a 75-69 win at Cam Henderson Center.

For Kemper, he knew that his relatively young team would have such moments.

“Finding a way to win and learning how to do that with a completely new group is really important,” Kemper said.

Savannah Wheeler led Marshall with 19 points, including back-to-back 3-pointers in a 20-second stretch that put the game away.

Wheeler’s first 3-pointer came on a hustle play by Kia Sivils, who got between three Norfolk State players to tap out an offensive rebound. The second came on a feed by Kristen Mayo in transition.

Both shots came from a freshman playing in her second collegiate game, but senior Khadaijia Brooks said those are shots the team trusts Wheeler to take.

“She has put in a lot of time in the gym and her high school resume shows it,” Brooks said. “Her knocking down shots in games, I’ll give her the ball over me, in general, because she’s confident and she works hard.”

Both shots from Wheeler came from in front of the Marshall bench. Kemper joked following the game that the first shot off the offensive rebound came with him yelling “No, no, no” in Wheeler’s ear.

“I didn’t want her to shoot the first one, but I learned my lesson,” Kemper said. “I’m a quick learner. ‘OK, she’s going to make that one? OK, go do your thing.’”

Wheeler joked that she smiled at her coach on the way back by after the 3-pointers.

“Yeah, there was a smirk,” Wheeler said.

Prior to Wheeler’s shots, it was Brooks who possibly provided the game’s biggest momentum swing.

Norfolk State (0-2) erased Marshall’s 23-point lead to take its lone advantage on a layup by La’Deja James with 5:33 left; however, the Spartans also saw Chanette Hicks — the talented transfer from Virginia Tech who led the comeback — go to the bench on the subsequent possession with her fourth foul.

The game went back and forth with Marshall retaining a one-possession lead when Brooks deflected a pass and calmly pulled up from 12 feet for a jumper that increased the lead to two scores. It never got below that two-score margin.

Brooks was a stat-filler on Saturday with eight points, nine rebounds, four assists and three blocks.

Early on, it did not appear that the game would come down to the wire as Marshall started on a 14-2 run and built the lead to 20 points in a hot-shooting first quarter. Taylor Pearson, who was one of four double-figure scorers, had eight points in the quarter to jump-start the surge.

In the second, Mayo came out on fire from deep, hitting three 3-pointers in the first 2:20 of the period to continue to build the lead, which grew to 23 points before Norfolk State found its range just before the end of the half to cut the Marshall lead to 47-30.

The Spartans, who are not known for their 3-point shooting, finished 9 of 21 from long range, which helped them get back in the contest.

Marshall’s next game comes on Wednesday when the Herd hits the road to take on Ohio at the Convocation Center in Athens, Ohio.