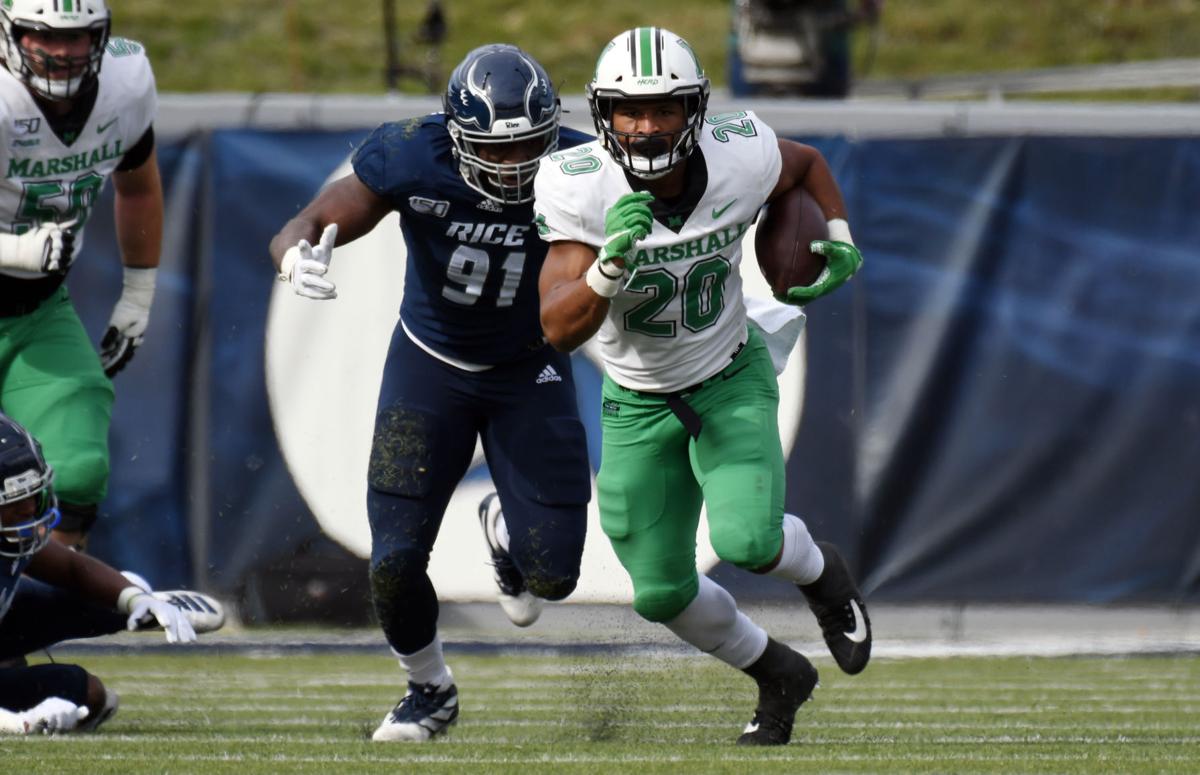 Marshall running back Brenden Knox rushes during a Conference USA football game against Rice in 2019 in Houston. 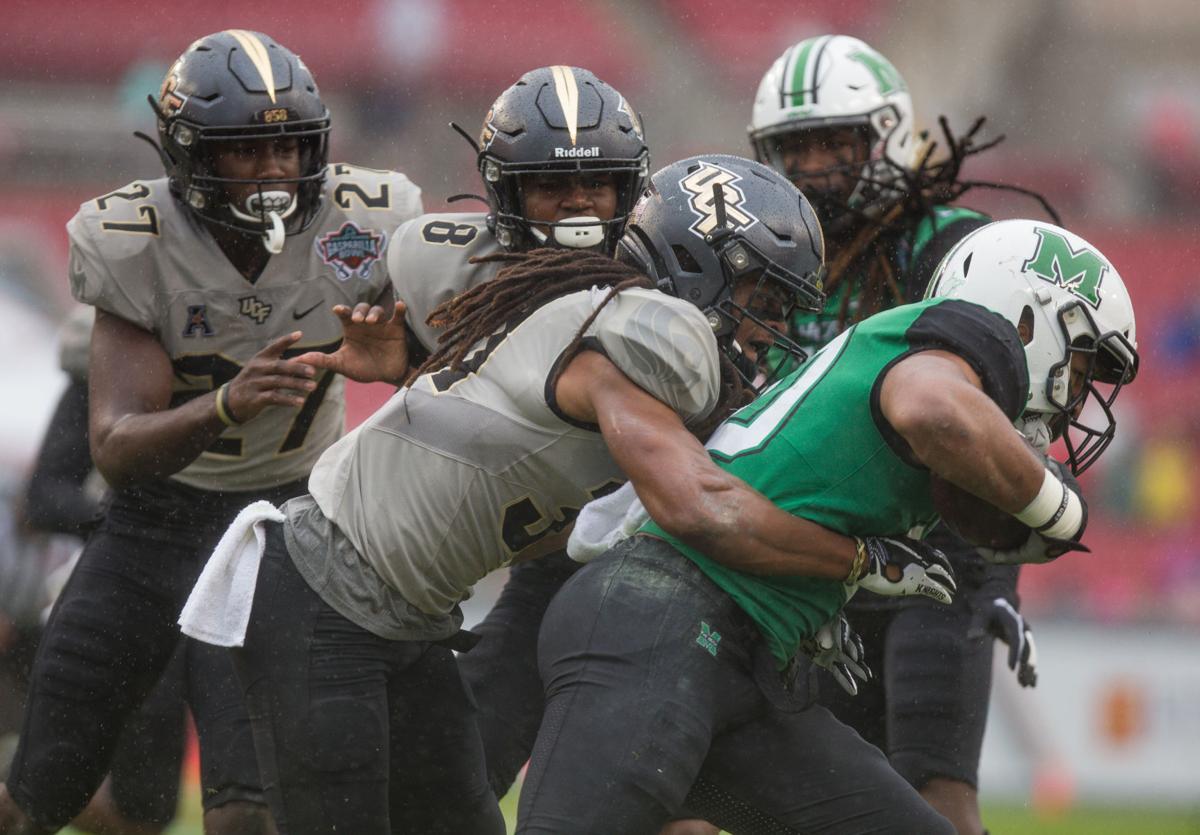 Marshall running back Brenden Knox (20) is hit by UCF’s Aaron Robinson on a carry during the Bad Boy Mowers Gasparilla Bowl on Monday, Dec. 23, 2019, at Raymond James Stadium in Tampa, Fla.

Marshall running back Brenden Knox rushes during a Conference USA football game against Rice in 2019 in Houston.

Marshall running back Brenden Knox (20) is hit by UCF’s Aaron Robinson on a carry during the Bad Boy Mowers Gasparilla Bowl on Monday, Dec. 23, 2019, at Raymond James Stadium in Tampa, Fla.

HUNTINGTON — During the season, Marshall running back Brenden Knox is used to racking up yardage.

In the 2020 preseason, though, Knox is starting to rack up accolades at just as impressive of a clip.

On Friday, Knox added his biggest gain of all — a nomination to the Maxwell Award Watch List, which is given to the most outstanding player in college football.

In many ways, the Maxwell Award is a precursor for those who are up for Heisman Trophy consideration, also given to the top college football player.

Therefore, the 6-foot, 220-pound running back from Columbus, Ohio, is in some pretty good company.

In all, Knox was one of 90 players selected nationwide to the preseason list.

Knox earned the accolades after a 2019 season that ended with the Conference USA Most Valuable Player Award.

The bruising junior running back rushed for 1,387 yards and 11 touchdowns on the season while eclipsing the 100-yard mark in six of his final eight games of the season.

Knox led a Marshall offense that rushed for 193 yards per game, which was good for No. 2 in Conference USA.

With Knox entering his second full season as a starter and the team returning five experienced offensive linemen up front, big things are again expected as he enters the 2020 season.

“Brenden is so successful between the tackles and we want to take advantage of that,” Marshall offensive coordinator Tim Cramsey said. “We also want to get him outside some and want to get him in space in the check-down game. There were several times last year where we drop it off to him and he took it for 30 yards.”

Cramsey said that Knox is a guy that you like getting 20 to 25 touches a game, but it needs to vary within the offense, which could broaden his role in 2020.

Despite only having 18 games under his belt as a running back, Knox is already up to No. 17 on Marshall’s all-time rushing list.

While Knox is getting consideration for major on-field awards this preseason, he was also recognized for contributions off the field by the Wuerffel Trophy, which also named him to it 2020 watch list on Thursday.

The Wuerffel Trophy is known as “College football’s Premier Award for Community Service” and is presented each February in Fort Walton Beach, Florida.

Name for former Florida quarterback Danny Wuerffel, it’s purpose is to honor college football players who serve others, celebrate their positive impact on society and inspire greater service in the world.