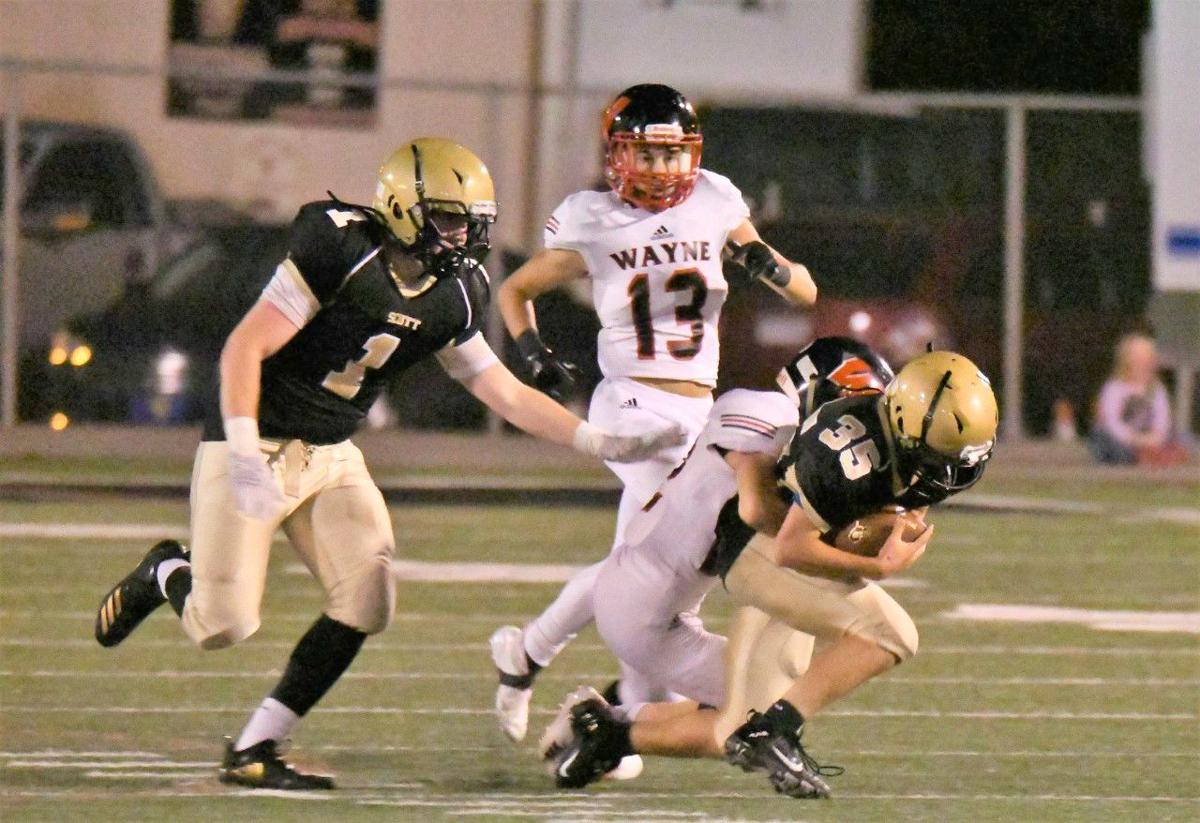 Scott’s Klay Matthews (35) picks up a first down for the Skyhawks versus Wayne on Oct. 4. 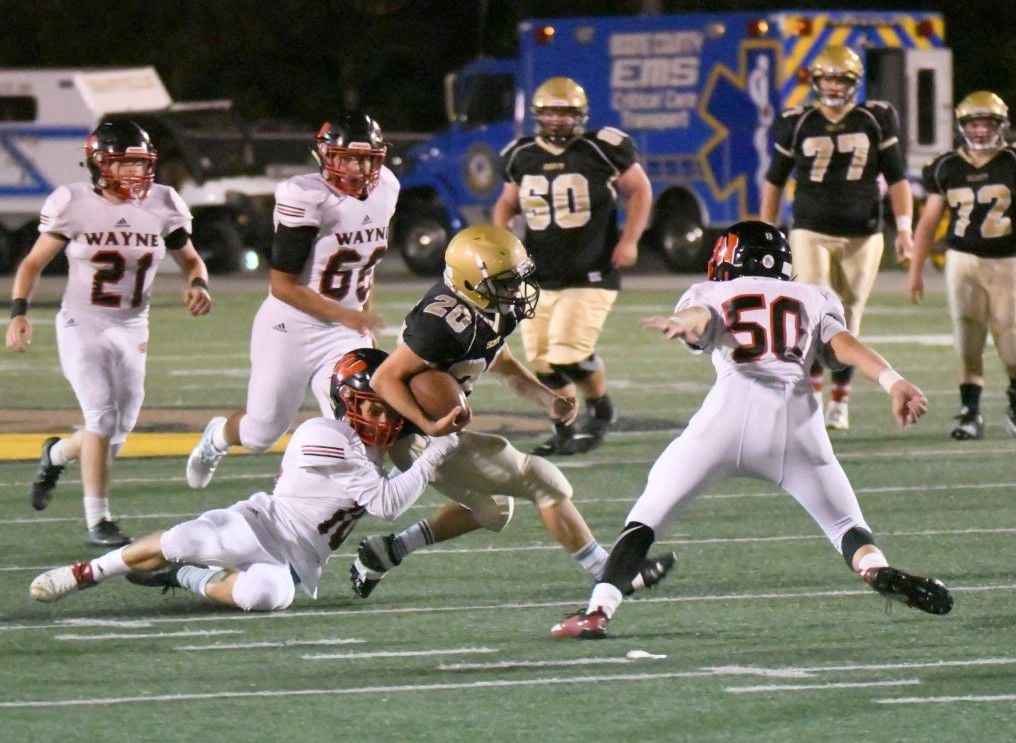 Scott’s Klay Matthews (35) picks up a first down for the Skyhawks versus Wayne on Oct. 4.

WEST MADISON, W.Va. — Scott freshman running back Klay Mathews rushed for 188 yards and a pair of scores as the Skyhawk defense stood tall in the second half to lead a come-from-behind homecoming win at Skyhawk Field, 27-18.

For years, Wayne has excelled at playing keep-a-way from its opponents, regularly running substantially more plays from scrimmage.

Friday night, Scott turned the tables on the Pioneers.

Scott ran 64 plays from scrimmage, compared to just 38 for Wayne.

Matthews was the standout for the Skyhawks. The 5-foot-9, 150-pound freshman ran 36 times for Head Coach Shane Griffith.

“He ran hard and he ran tough,” said Griffith after the game. “I don’t know how many carries he had, but he was a workhorse for us. (Dane) Messer made a big catch and really got up in there blocking for us up front. Our offensive line played their most complete game of the season and really came out in the second half and controlled the line of scrimmage.”

The 55-yard run marked Wayne’s final points. The Pioneers (0-5) were stopped on downs twice and fumbled once.

Scott (1-5) surged ahead by scoring on a 20-yard pass from Michael Clay to Jeffrey McCoy late in the first half, then scoring again on a 1-yard run by Dane Messer on the opening possession of the second half. The go-ahead TD capped a drive that ran 7:57 off the clock.

Wayne outgained Scott, 382-321, but was undone by untimely penalties and a pair of fumbles that stopped drives.

Scott was coming off a 14-13 loss at Chapmanville where the Skyhawks led for three-and-a-half quarters.

“One thing I saw from our guys is that they were tired of losing,” Griffith added. “After the Chapmanville game you saw guys that were ready to turn the corner, and I knew we were headed in the right direction. That played out when Wayne went up 18-13, you saw a group of young boys stand up and decide that this wasn’t going to happen again and it isn’t going to happen on our home field tonight.”

The Scott defense gave up some yards in the second half but no points. A goal line stand with less than two minutes left sealed the win, as the Skyhawks punished Wayne runners in the backfield multiple times.

Quarterback Preston Childs led Wayne with 104 yards rushing on nine carries. The bulk of his yards came on a 75-yard run in which the sophomore was ruled out of bounds at the 1-yard line.

Scott, who lost total yards leader Caleb Hughes in the Chapmanville game to a knee injury lost leading receiver Caleb Dingess versus Wayne to what could be a concussion. The status of both players is unclear.