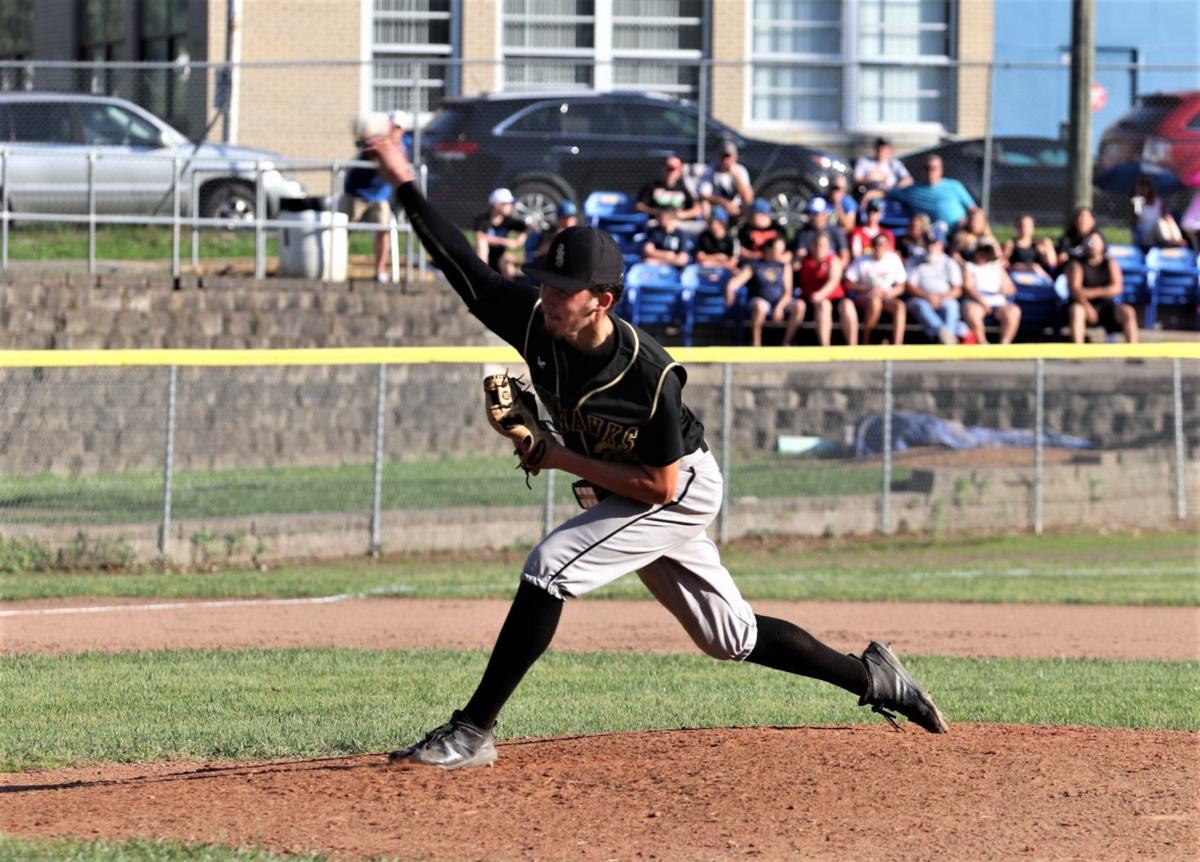 Griffin Miller slings a pitch for Scott as the Skyhawks fell to Logan 9-0 on June 4, 2021 in sectional play. 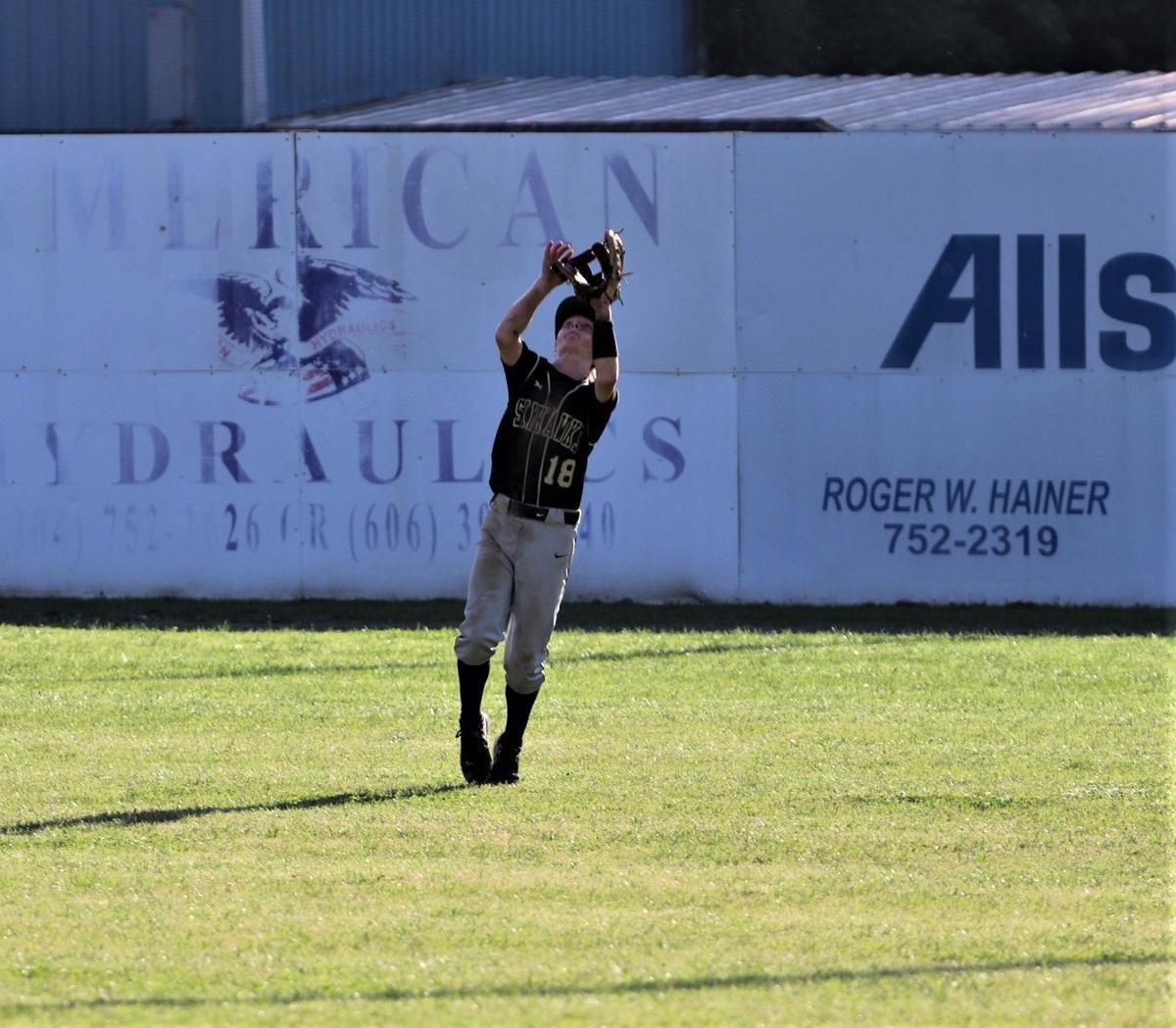 Luke Knight squeezes a fly ball for Scott as the Skyhawks fell to Logan 9-0 on June 4, 2021 in sectional play.

Griffin Miller slings a pitch for Scott as the Skyhawks fell to Logan 9-0 on June 4, 2021 in sectional play.

Luke Knight squeezes a fly ball for Scott as the Skyhawks fell to Logan 9-0 on June 4, 2021 in sectional play.

He was dealing strikes.

Maynard threw 5.2 innings while surrendering just two hits and fanning nine as top-seeded Logan (20-5) broke a 1-0 game open with two runs in the fourth, two in the fifth and four in the sixth to defeat No. 3 Scott (11-10) in Region 4 Section 2 play at Logan.

“In that first inning, we had an error, a hit and a double steal on a play where we should have thrown the guy out by 40 feet, but he struck out three and he’s a tough sophomore and we pitched really well,” said Logan coach Kevin Gertz. “Griff (Scott’s Griffin Miller) is one of the top three or four we’ve seen this year.”

Griffin Miller was on the bump for Scott and kept the Wildcats at bay for three frames, but they got to him in the fourth.

Up 1-0, Carson Kirk laced a single to centerfield to score Aiden Slack and Cole Blankenship, and the Wildcats took a 3-0 lead.

After Jake Ramey stole second base, he took third on a wild pitch before Slack struck again by bringing the duck in off the pond to make it 4-0.

Slack scored when Konner Lowe mashed a deep fly good for a sacrifice to plate him.

Logan added four more runs in the sixth, highlighted by a 2-RBI single from Lowe to score Garrett Williamson and Ramey.

Coach Gertz said there is a lesson for his players to take from a 9-0 win that didn’t come as easy as the score may suggest.

“We have a couple days of rest and we had a big ejection and we’ll lose him (Tyler Finnwick) for three games and he’s a pitcher that has gone 6-1 for us with an ERA under 1, so it puts us behind the eight-ball a little because he would have pitched for us on Monday.”

“Coaches have different philosophies and a lot of people who play us in this area don’t want to show us their top pitchers and I don’t get it,” he said. “I want them throwing against you so I know how to pitch you. That is how Dad (Roger Gertz) did it when he was the coach and it’s how we’ll do it now. We ain’t hiding.”

Scott coach Kris Barrett said his squad will regroup and prepare for the semifinals. He also spoke about his pitching philosophy.

“I felt like all week that we had a good practice on Monday and we went to Wayne and won and exorcised a demon by winning there for the first time since 2012,” Barrett said. “We had good practice Wednesday and yesterday. We have an opportunity to be the guys to come out of nowhere. We felt that not throwing Griff or Alex (Epling) against them all year was an advantage to us. Griff didn’t have his best stuff tonight, but I give Logan credit for waiting him out and they put the bat on the ball. It seemed like everything we hit was right at someone tonight. That is baseball.”

He added, “What are we going to do with our backs against the wall now? We’ve been the team that nobody thought would be in the position we are in now. I credit our guys.”

Logan awaits the winner of the semifinal of Chapmanville at Scott on June 5.