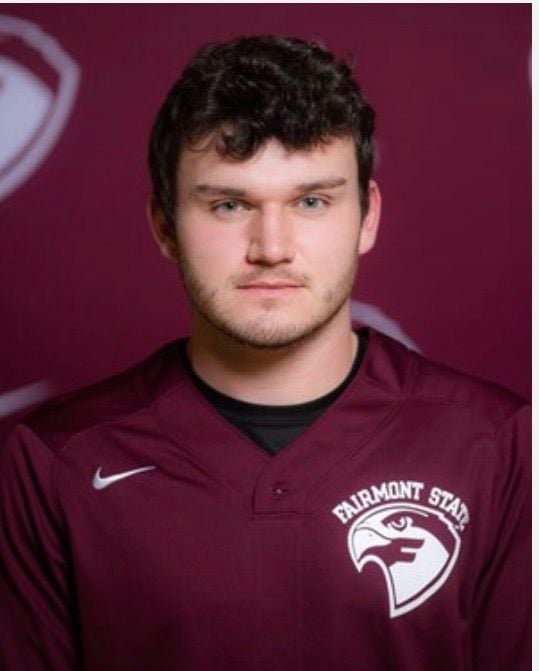 Submitted Isaac Miller is a 2019 graduate of Scott High and is a part of the baseball team at Fairmont State. 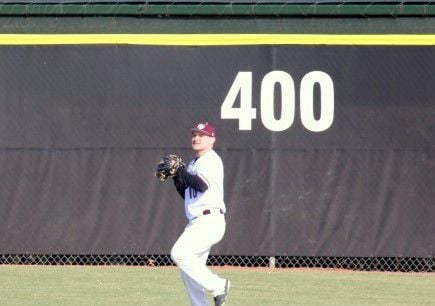 Isaac Miller makes a play on a ball for Fairmont State from center field.

Submitted Isaac Miller is a 2019 graduate of Scott High and is a part of the baseball team at Fairmont State.

Isaac Miller makes a play on a ball for Fairmont State from center field.

MADISON — Outfielder Isaac Miller knew that the road ahead was going to be filled with challenges after a stellar senior season of baseball at Scott High in 2019.

“I knew that the path I chose wasn’t going to be easy, but I also knew that this is what I wanted and I was willing to work hard for it,” Miller said.

The slugger is currently staying with his grandmother in Holly Hills while schools across the state are closed to observe precautions related to the COVID-19 outbreak.

Miller got his first collegiate RBI in his first at-bat on a sacrifice fly for the Division II Fairmont State Falcons (7-9).

“We were 16 games into our season so now everything has grinded to a halt,” he said. “We were about to get into conference play when all of this happened.”

Miller has seen the diamond off of the bench in his freshman season. He has been used as a late-game defensive substitute, a pinch-runner and has seen a few at-bats.

“My at-bats haven’t gone the way I would have wanted and I’ve got at-bats in situations where in blow-out games and the zone expands which makes it harder,” he said. “With that said, as a freshman I am thankful just to be on the field and I’m thankful for any amount of playing time I get. I just want to make the most of each opportunity and build on that. I know juniors and seniors in our program that are just getting a chance to start this year so I’ll be patient and thankful for what I get.”

Miller had his break-out season as an elite hitter during his senior year at Scott. The fleet-footed centerfielder mashed .406 with an OBP of .519. He slugged .722 with 41 hits, 8 doubles, 6 triples, 4 HR and scored 54 runs with 27 RBIs. He also swiped 28 bags with 62 put-outs and fielded his position without an error. This all led to a Class AA first team All-State selection, an All Cardinal Conference nod and a spot on the CVN All-County team.

Miller said he understands he’s “paying his dues” as a freshman, but it won’t keep him from striving to reach the lineup card on game day.

“I’ll always work toward that and prepare for that,” he said. “It is a process that I respect, but I’m working hard every single day to get into the lineup.”

Miller said that, while velocity is a big adjustment going from high school pitchers to college pitchers, it is the off-speed consistency that he has had to adjust to.

“Going from high school where you see a lot of 86 and 87 mph fastballs to college where guys are in the low 90s isn’t as much of an adjustment as seeing pitchers who efficiently throw off-speed pitches for strikes in any count. That is my biggest adjustment that I’m still working on. Keep in mind, all of the guys you face on the mound were standouts in high school or they wouldn’t be there. I will say that my swing was a little too long when I came in. The increased velocity from college pitching made me take a hard look at that and shorten up my swing. I think it is more compact now and I can reach balls I couldn’t have in high school.”

He said that having access to state-of-the-art pitching machines in the baseball facility has helped him tremendously.

“We have machines that can throw crazy stuff,” he said. “Curves, sliders, you name it.”

The outfielder said that he considers himself a student of the game and he wants to learn something new every single day.

“I just love to study hitting and the philosophies about what makes a good hitter,” he said. “I am always talking to players about their approach and what they expect in certain counts. Even if I’m not getting a ton of at-bats, I can still be learning. This will help me when it is my time to play a lot and someday if I’m a coach, it really makes sense for me to soak it all up now while I have this unique opportunity to grow.”

Defensively, he has seen time in left field and centerfield and just before the mandated break due to the Coronavirus outbreak, Miller made his best play of the season when he made a diving catch on a ball hit to centerfield.

Miller lives on-campus in a facility that houses all of the freshman baseball players. Majoring in exercise science, at mid-term Miller has a 3.8 GPA.

“In speaking about academics at Fairmont,” he said. “I absolutely love it. It feels like home to me. I’m thankful that God put me in this position. It was a process but I feel like I made a good decision.”

Miller adds that his faith is a part of his daily life and that he has found that dynamic on campus.

“I’m not a guy who spends their time out partying,” he said. “I’d rather spend time with God, study, put in my baseball work or read. Campus life has been awesome and I belong to a Christian Leadership Group (Chi Alpha) and I’m about to take a class to be a leader in that next year. Being involved in that group and other Bible groups I belong to have been a lot of the reason I’ve been so happy at Fairmont. I think that was in God’s plan when I signed at Fairmont State. I couldn’t see it then, but I do now.”

Miller said he’s very happy with where he is in his life, but it is important to keep growing.

“I’m really just getting started in terms of what I want to be,” he said. “I feel like I’m on my way.”