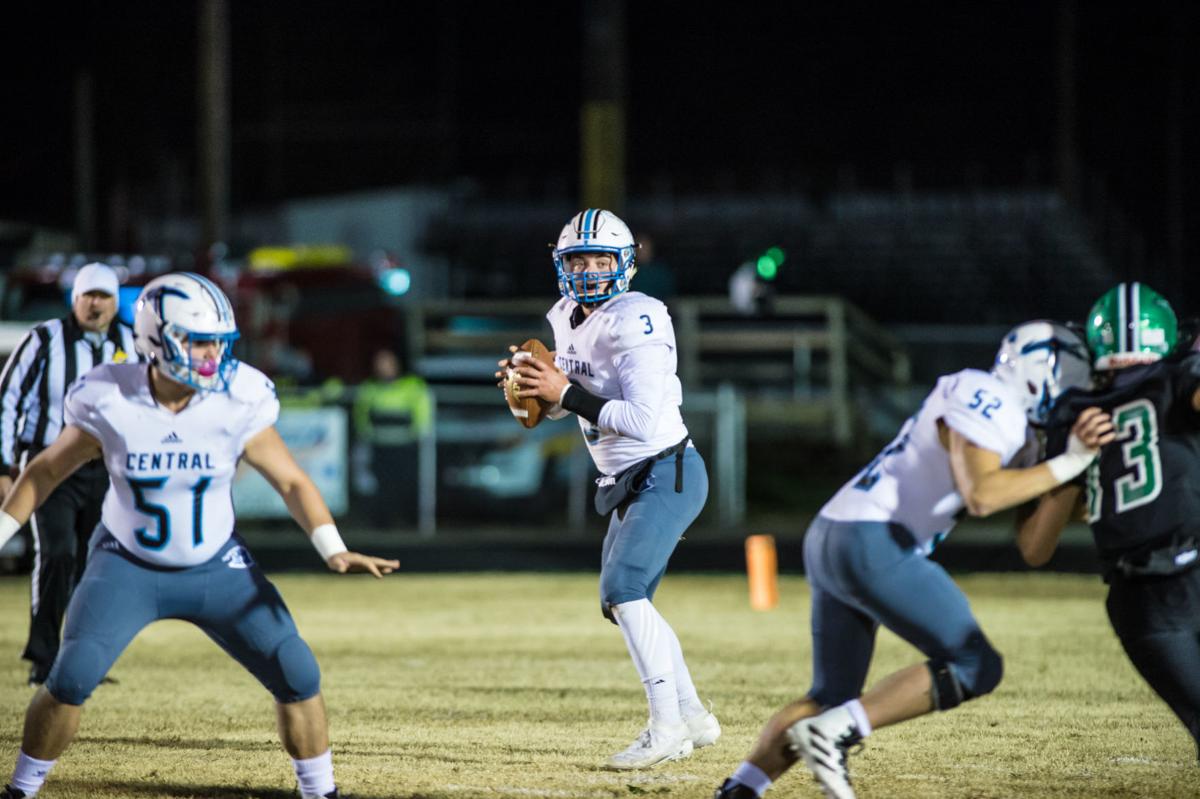 Mingo Central’s Daylin Goad surveys the field in a game against Winfield in the 2019 season. 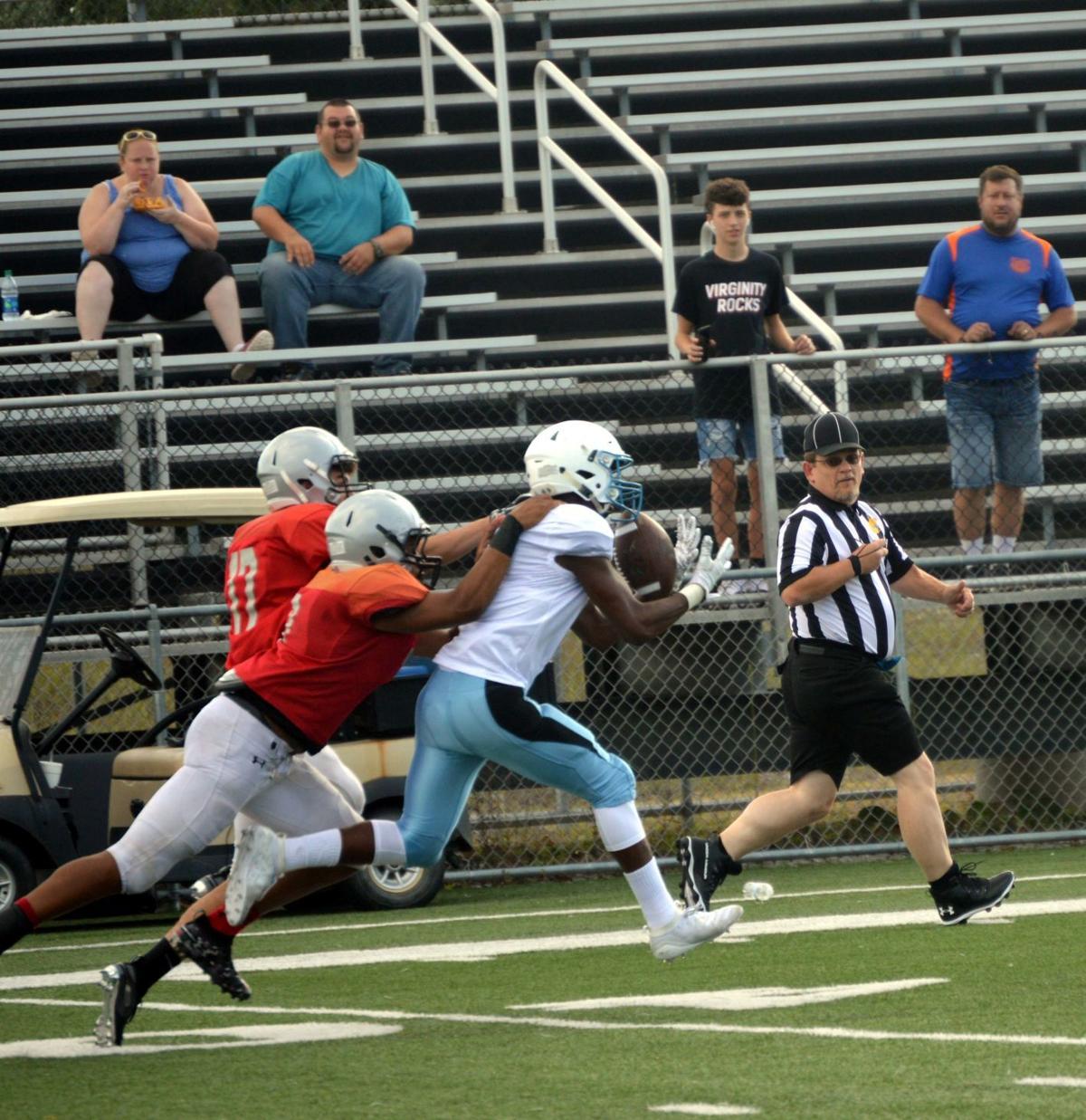 Mingo Central’s Isa Scales makes an over the shoulder catch during a scrimmage in the 2019 season. 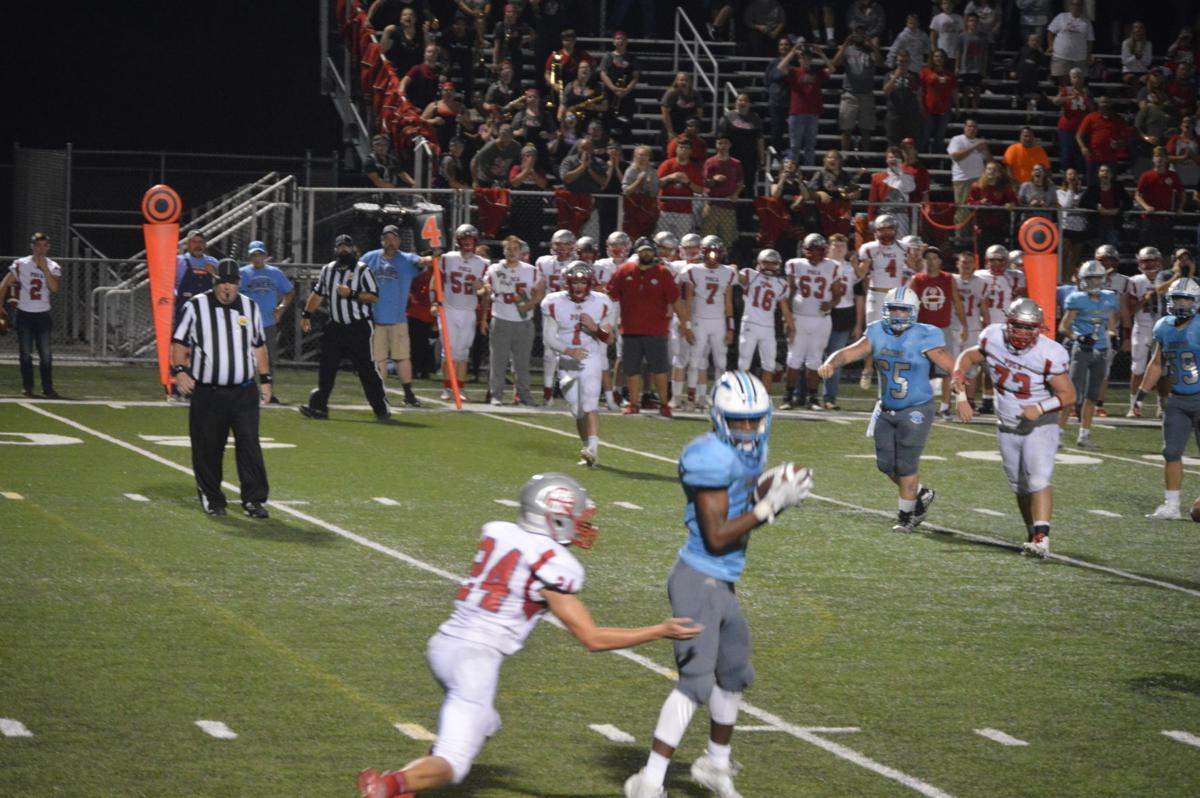 Mingo Central senior Isa Scales makes a catch against Poca in a 2019 season. 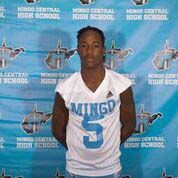 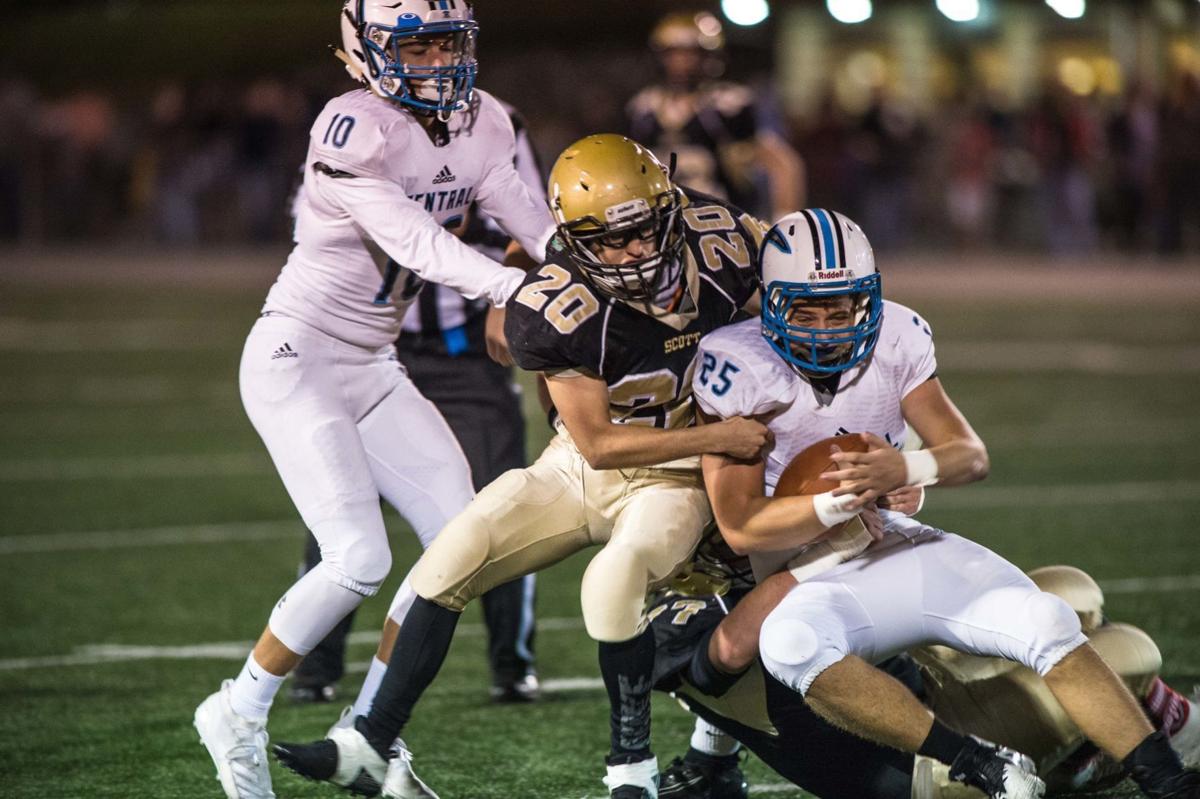 Mingo Central's Garrett Runyon pushes forward while Devin Hatfield offers assistance during a run against Scott in the 2019 season. 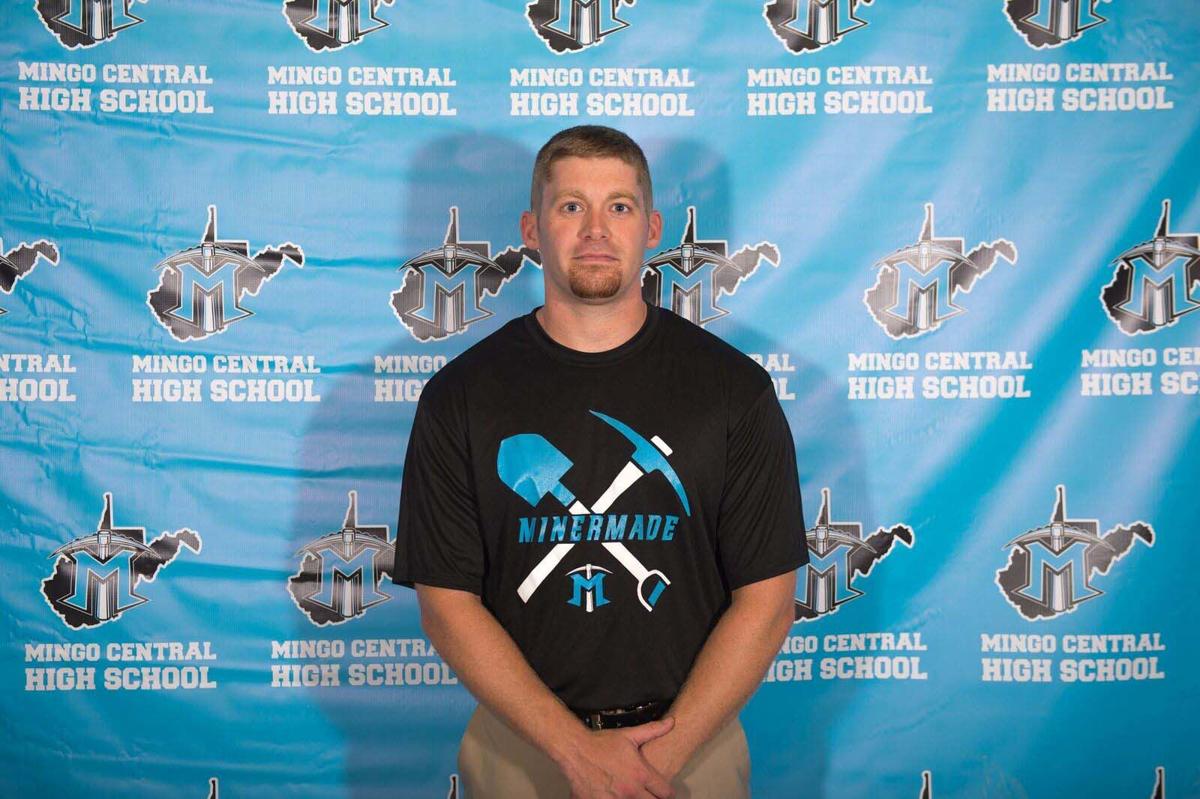 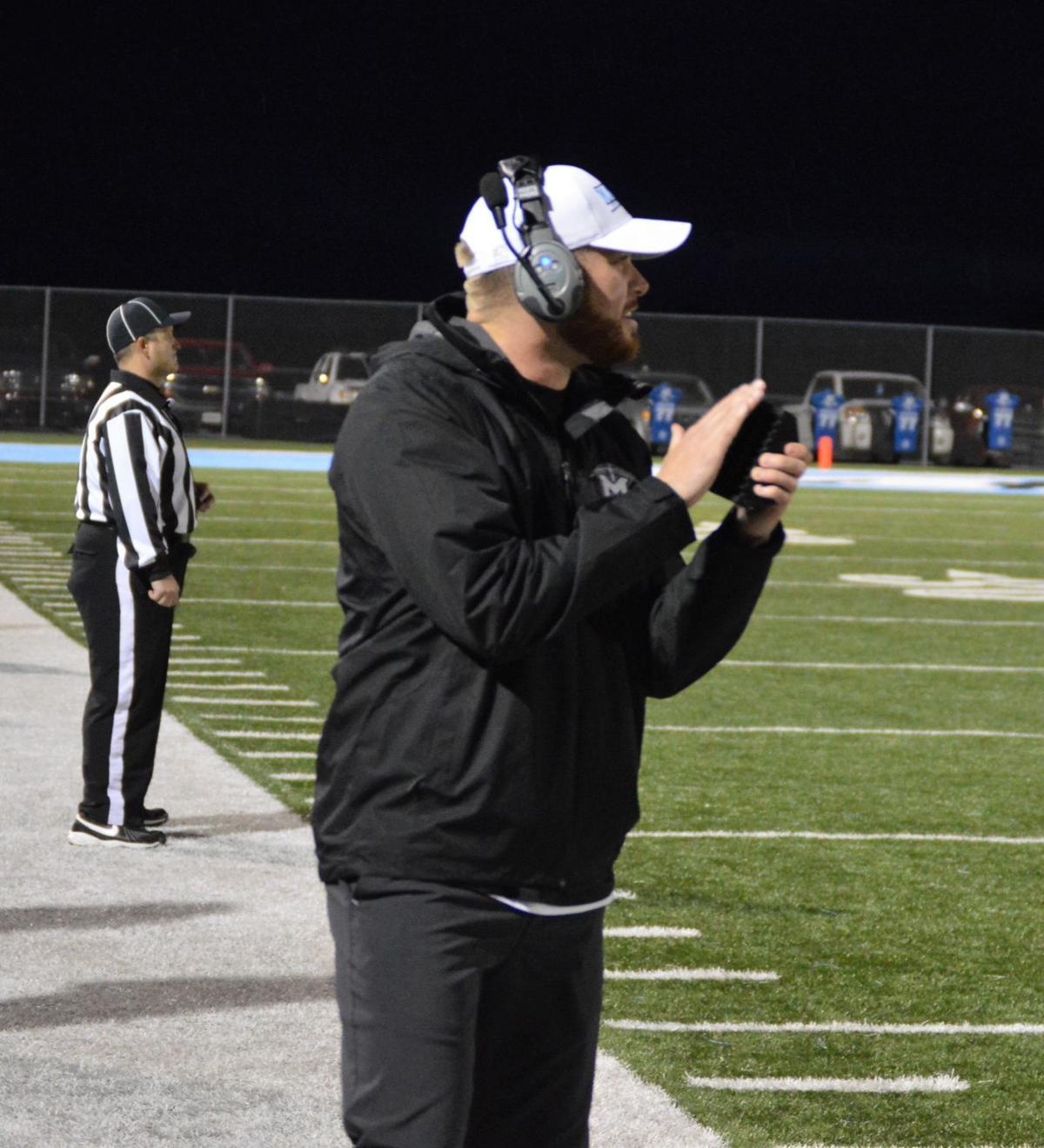 Mingo Central coach Josh Sammons cheers his team on during the 2019 season. 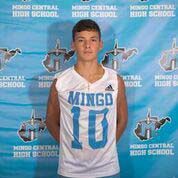 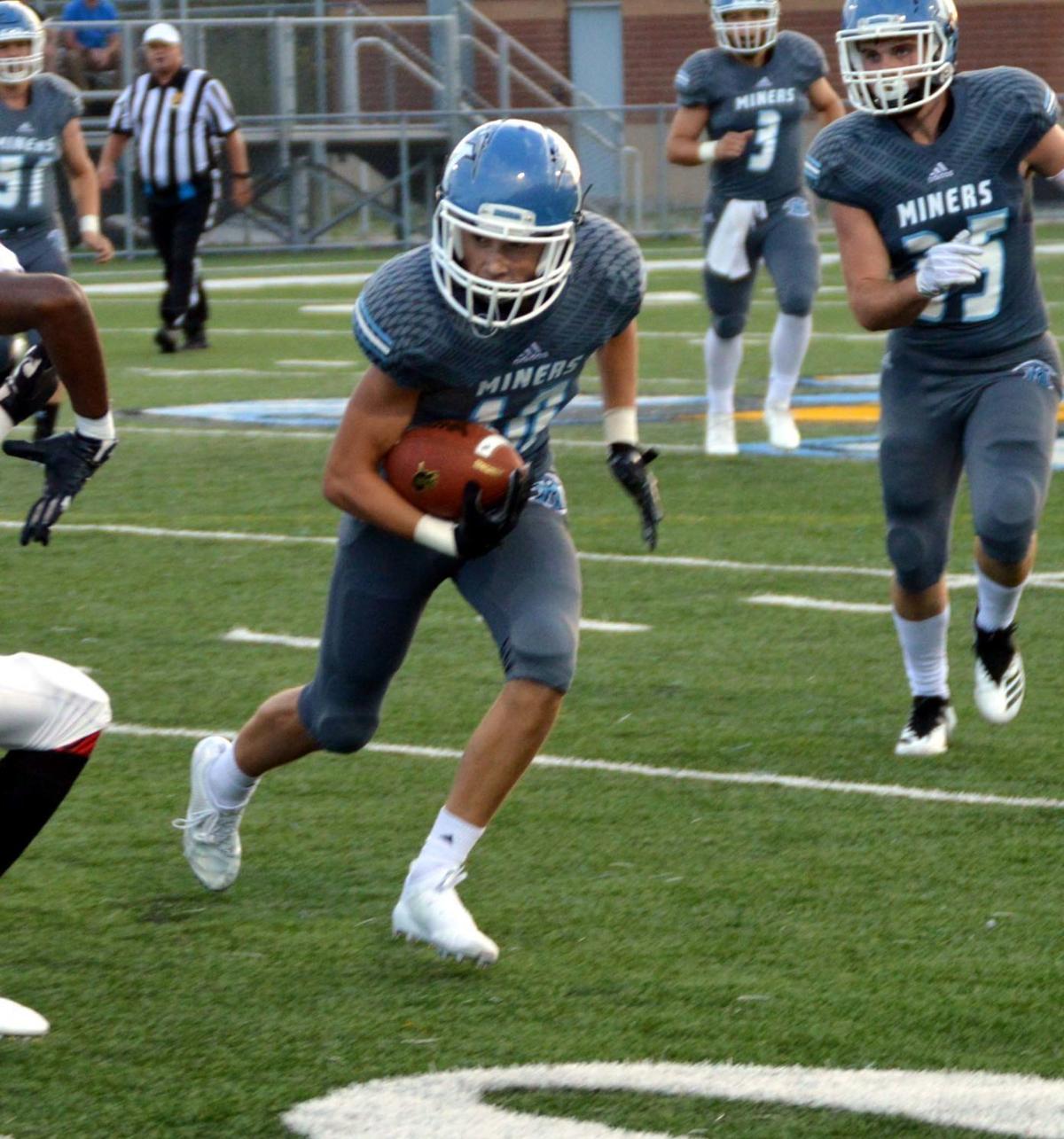 Mingo Central wide receiver Devin Hatfield runs for yards after a catch during the 2018 season. 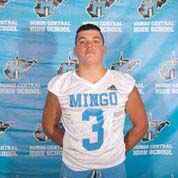 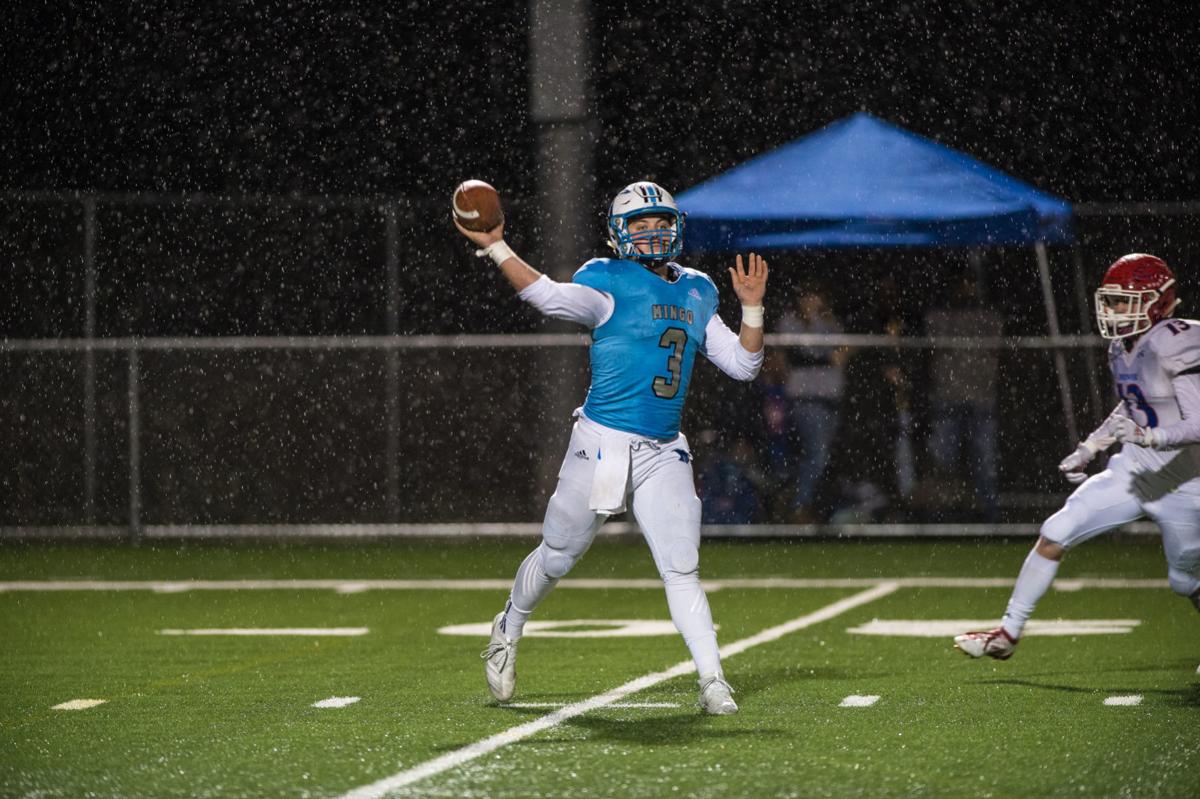 Mingo Central’s Daylin Goad surveys the field in a game against Winfield in the 2019 season.

Mingo Central’s Isa Scales makes an over the shoulder catch during a scrimmage in the 2019 season.

Mingo Central senior Isa Scales makes a catch against Poca in a 2019 season.

Mingo Central's Garrett Runyon pushes forward while Devin Hatfield offers assistance during a run against Scott in the 2019 season.

Mingo Central coach Josh Sammons cheers his team on during the 2019 season.

Mingo Central wide receiver Devin Hatfield runs for yards after a catch during the 2018 season.

NEWTOWN — The Mingo Central Miners football team finished 9-3 last season after making it to the final eight where they were knocked out by Bridgeport who went on to win the double A state championship.

The Miners and Head Coach Josh Sammons look to make another deep playoff run, but this time with some hardware to show for it.

The Miners lost the Moss Award Winner which is given out to the state’s top receiver in Drew Hatfield who set two new single season records with 124 receptions and 1870 receiving yards on the season.

With the exception of losing Drew Hatfield, Mingo Central does return senior quarterback Daylin “Day Day” Goad who threw for 3,446 yards and 30 touchdowns on the season. Goad has been at the top of the list in passing stats of all categories since he took over the starting job at MCHS in 2018.

Goad also rushed for nearly 1,000 yards on the season with 21 rushing touchdowns, as he was the heart and soul of the Miners offensive attack in 2019.

Coach Sammons said that Goad was missing the start of practice as he was battling mono, but he expects big things from him again in 2020.

“Day Day is a great kid and a great leader, and you see what he does on the field on Friday nights, so it is hard to replace him on the field.” Coach Sammons said. “We have three guys upfront back, we got a quarterback back , we have three receivers back so that’s always big when you have that many players coming back.”

Mingo Central is more than just a high powered offense as they only allowed 18.3 points per game last season while also forcing opponents to turn the ball over 20 times on the season. The Miners also return 8 starters from last season’s defense.

“It’s always a positive to have that many guys coming back, we had a great year last year but ended up getting beat by the state champions which was a great team.” Coach Sammons said. “It makes it easy when you have a lot of guys coming back because they know what we expect, and it puts us that much farther ahead of schedule.”

Hatfield has been taking the snaps at quarterback while Goad is out.

Mingo Central also returns three running backs in the backfield with junior Garret Runyon, junior Kaedon Bolding, and sophomore Zion Martin. The three together put in 319 total rushing yards on the year, with Runyon and Bolden battling injuries for much of the season.

“When you lose Drew, who touches the ball 20 times a game that opens it up to be in Isa’s hands more and in Devin’s hands more.” Coach Sammons said. “We got both our running backs back from injury last year, but we also have Zion Martin who is a sophomore this year and hopefully they can all step up and fill that spot for us.”

WVSSAC has guidelines for schools to follow that help prevent the spread of COVID-19 and the coaching staff at Mingo Central is taking the guidelines serious and has also made up some of their own.

“If we are inside the kids have masks on and only a certain amount of people in the locker room at a time. We have hand sanitizer stations in the locker room and on the field.” Coach Sammons said. “Same thing if we are in the weight room just a certain amount of kids, just trying to do the things they are telling us to do and we are just hoping we get to play is the main thing.”

This is Mingo Centrals first year not being apart of the Cardinal Conference since 2013 which means new teams were brought on to fill out the schedule i 2020.

The Miners were scheduled to start off the year on September 4th at Wyoming East but that game was cancelled due to a coronavirus outbreak at the school.

Mingo Central also picked up games against Bluefield who made it to the state championship game last year and also Shady Spring who the Miners faced in the first round of the playoffs last season.

The Miners are once again playing games at the friendly confines of James H. “Buck” Harless Stadium high atop Miner Mountain, but due to COVID-19 concerns fans will only be allowed in a limited capacity, if at all.