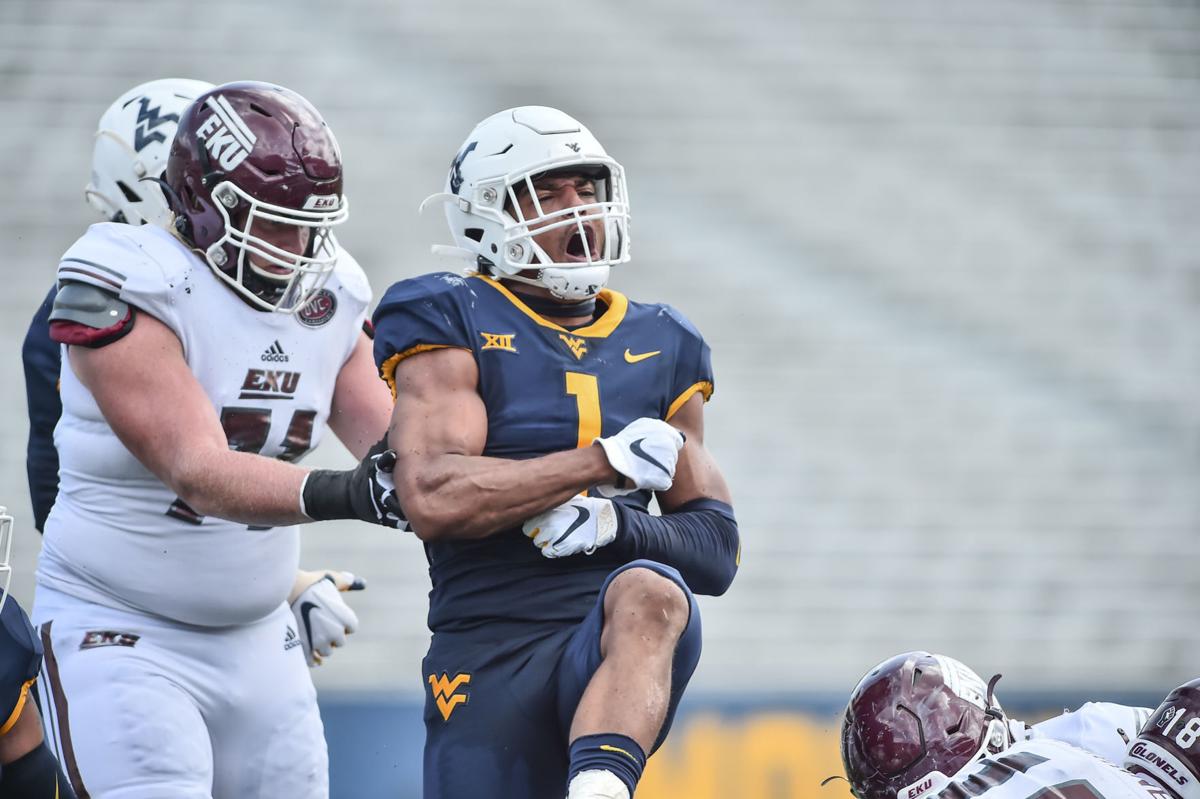 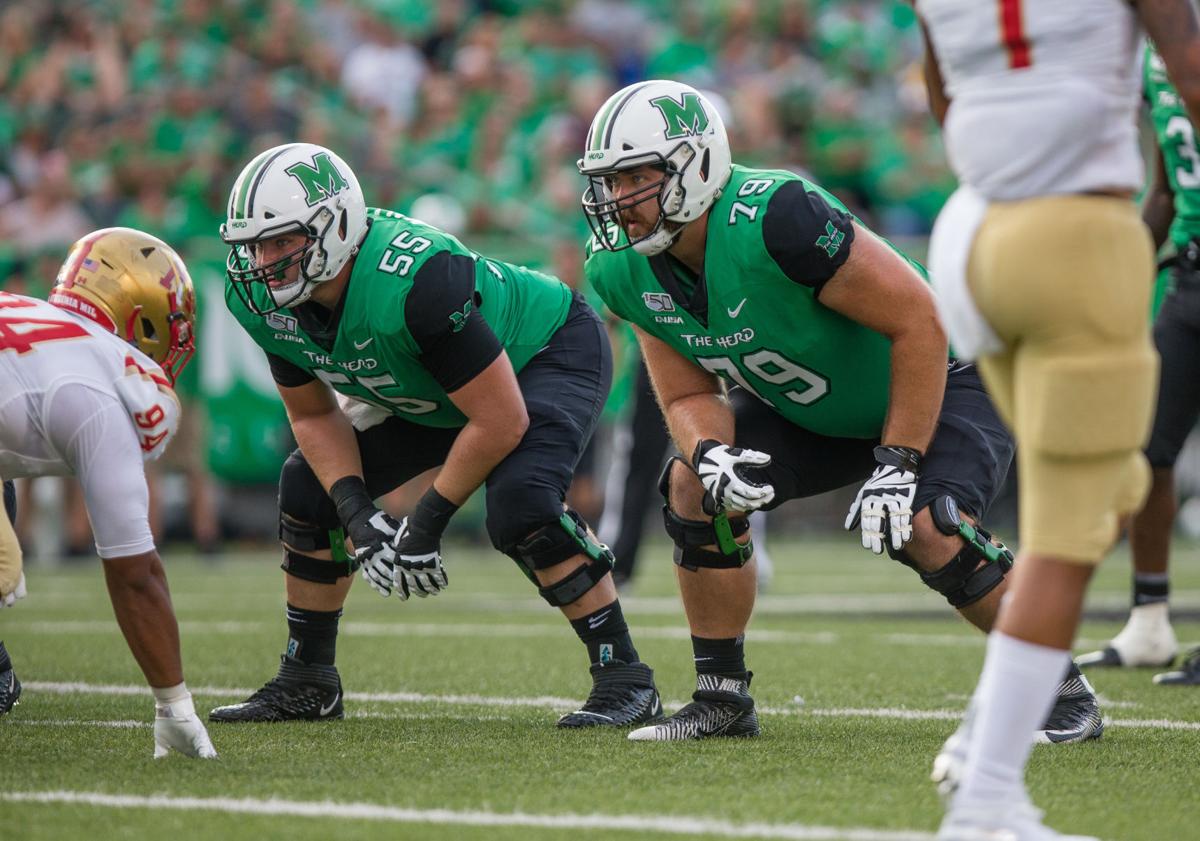 Marshall offensive lineman Alex Mollette (55) lines up next to Josh Ball (79) during an NCAA football game against VMI on Saturday, Aug. 31, 2019, at Joan C. Edwards Stadium in Huntington, W.Va.

Marshall offensive lineman Alex Mollette (55) lines up next to Josh Ball (79) during an NCAA football game against VMI on Saturday, Aug. 31, 2019, at Joan C. Edwards Stadium in Huntington, W.Va.

CHARLESTON — Marshall offensive tackle Josh Ball was the first in-state product selected in this year’s NFL draft, going with a compensatory pick to the Dallas Cowboys 138th overall in the fourth round Saturday.

Physically imposing at 6-foot-8, 309 pounds, Ball’s college journey took him from Florida State in 2017 to Butler Community College in 2018 and finally to Huntington for his junior and senior seasons. In 2020, Ball made eight starts for the Thundering Herd, earning a first-team All-Conference USA spot.

Ball was the seventh player selected by the Cowboys but the first to play on offense. He is the first Marshall player to ever be selected by Dallas and the highest drafted Herd player since Aaron Dobson in 2013 (59th overall).

Linebacker Tony Fields was the only WVU player off the board Saturday, going 153rd overall in the fifth round to the Cleveland Browns. As it turned out, he would be the only Mountaineer selected.

That meant that Fairmont Senior product and defensive tackle Darius Stills, projected by most analysts to go sometime on day three, went undrafted coming off a season in which he earned consensus All-American status.

As the day went on, Stills aired some of his growing frustration on social media.

“31 Teams (are fixing to) Feel Me, Believe That,” one Stills tweet read. “Ain’t No Way All These DTs Better Than Me,” read another. “Been Slept On Before, & Look How That Turned Out … Time To Run It Back (fingers-crossed emoji) They Gon Feel Me,” Stills finished as the draft concluded.

Stills, along with other Mountaineer draft hopefuls like offensive linemen Chase Behrndt and Mike Brown, wide receiver TJ Simmons and others, will now have the opportunity to sign as undrafted free agents with NFL teams.

Fields was a graduate transfer to the Mountaineers prior to last season, coming over from Arizona, where he was a three-year starter, piling up 287 tackles over that time. He hit the ground running in Morgantown at the mike position, serving as the center of a revitalized WVU defense, and led the Big 12 Conference by averaging 9.8 tackles per contest.

Like Stills, the knock against Fields in pre-draft scouting reports was his size, but Fields believes his speed and versatility are qualities that are going to become more and more important to linebackers in the NFL as they’re tasked with covering wideouts, tight ends and running backs in ever-developing passing games.

“Everybody called me undersized or whatever you want to say about it, but I don’t think of myself like that, and I for sure don’t play like that,” Fields said via Zoom call with Cleveland media Saturday afternoon. “I love the fact that the coaches are buying in. The whole league is eventually going to have to buy in to these passing-coverage linebackers because the league is getting faster and it’s become more and more a passing game.”

Browns scout Charles Walls agreed that the potential versatility and quickness of Fields was a big factor in Cleveland’s selection of him.

“He’s explosive; he’s rangy,” Walls said. “He can get sideline to sideline in both phases. He just gives us tremendous versatility and flexibility in our linebacker core.

“We want to have guys that can come on the field and take stress off the first level and third level. So, we think he brings tremendous value to us.”

Rounding out the Mountain State draftees Saturday was University of Charleston wide receiver Michael Strachan, who was selected with the 229th pick overall and the first of the seventh round by the Indianapolis Colts. The pick was acquired by the Colts via trade from Jacksonville through New Orleans.

Strachan was a first-team All-Mountain East Conference selection in 2018 and 2019 before opting out of the Division II season that was moved back to the spring this year.